It's Professor Calculus to the Rescue! 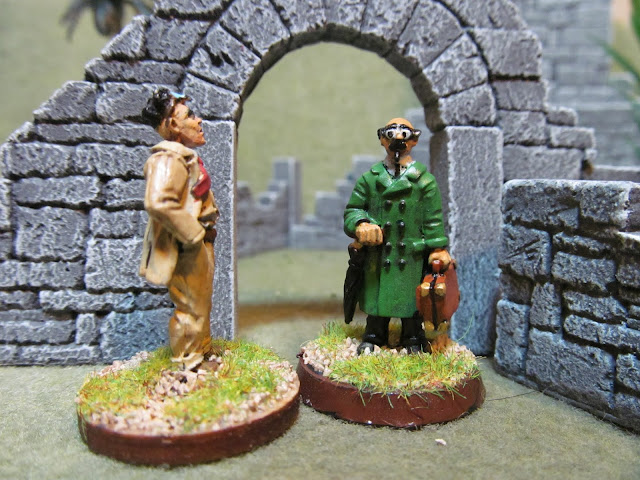 Professor Cuthbert Calculus is an eccentric scientist, engineer and inventor who is as clever as he is absentminded. Despite his very slight physique, he claims to have been a sportsman in his youth, leading Captain Haddock to mockingly refer to him as the “Olympic athlete.” 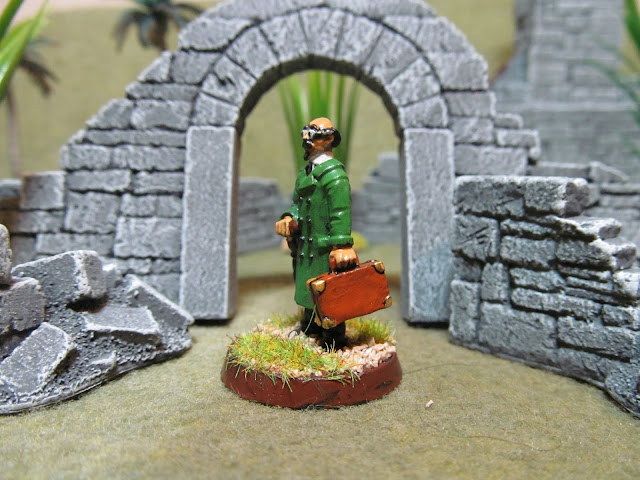 Although he is a capable scientist, Professor Calculus also practices the unproven method of divining using a pendulum. This mainly succeeds in infuriating Captain Haddock; however, this odd approach does prove to have some merit.


Weird Science: The Pendulum. This is a special Pendulum used only by Professor Calculus to find hidden treasure, missing persons, secret doorways, etc. The only problem is that it rarely, if ever works. To successfully utilize the object must be within 24 inches and Professor Calculus must roll his Pluck -2 to successful divine where the object, person, etc. is located.
Cost: 3 points

Sound Wave Projector: The Sound Wave Projector is a machine capable of destroying objects with sound waves. Needless to say, it is an invention far ahead of its time (thank you time travel) and is eagerly sought out by all of the nefarious, and sometimes not nefarious, agents of 1895. It is cleverly hidden in his umbrella. It may be triggered every other turn and has a range of 12" and is considered a shooting attack. It may be used in the Fighting Phase. The Sound Wave Projector ignores armor so treat all targets as having an armor of 7. Figures successfully hit must Roll Pluck -2. If unsuccessful, they are knocked down and any object they are caring, to include the last weapon they used, is instantly destroyed. To recover from the knock down, the figure must roll their Pluck -1. If they fail this roll, they are inoperable for the rest of the game. The Sound Wave Project can also be used against inanimate objects. If doing so, assign inanimate objects a Pluck rating based on your best guess (hey, I can't do all of the work!) For example, a wooden door would have a Pluck of 5+. A natural 1 is still always a miss. The Sound Wave Projector is cleverly hidden in Professor Calculus' umbrella.
Cost: 20 points.
SV Bonus: +2
Pluck Modifier: -2
Armor Modifier: All he has to do is push the button and it adds +2 to his armor unless in the Fighting Phase he attacks using Martial Arts.

Email ThisBlogThis!Share to TwitterShare to FacebookShare to Pinterest
Labels: H.P. Lovecraft, In Her Majesty's Name, Pulp, Pulp Figures, The War of the Witches, Victorian Sci Fi