With a little extra time available during the Christmas season, I was able to finish the 40mm American Civil War figure from Trident Designs miniatures. The 40mm scale is easier to paint than I thought and the figure, representing a private of the 6th Alabama, turned out pretty well. 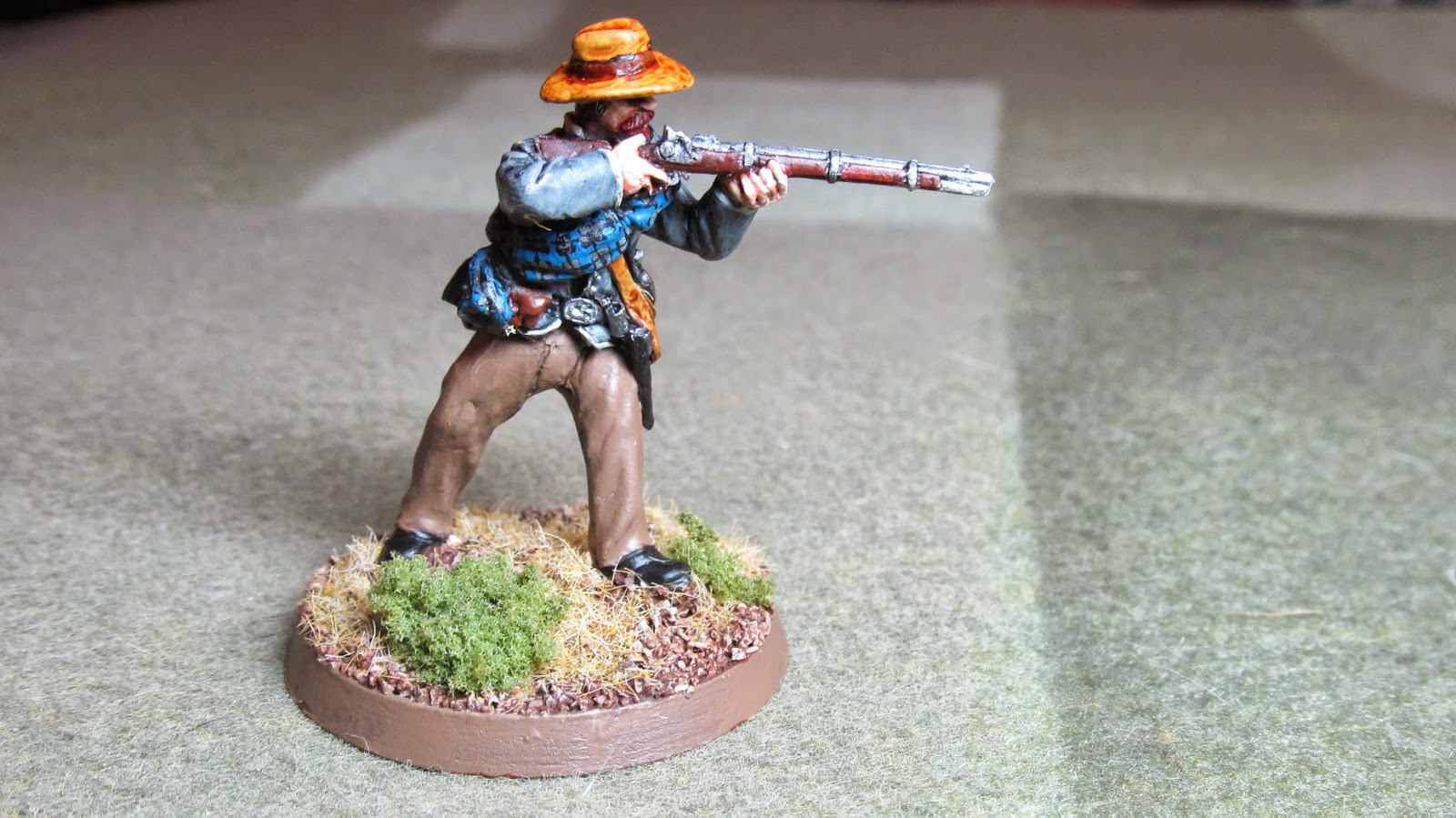 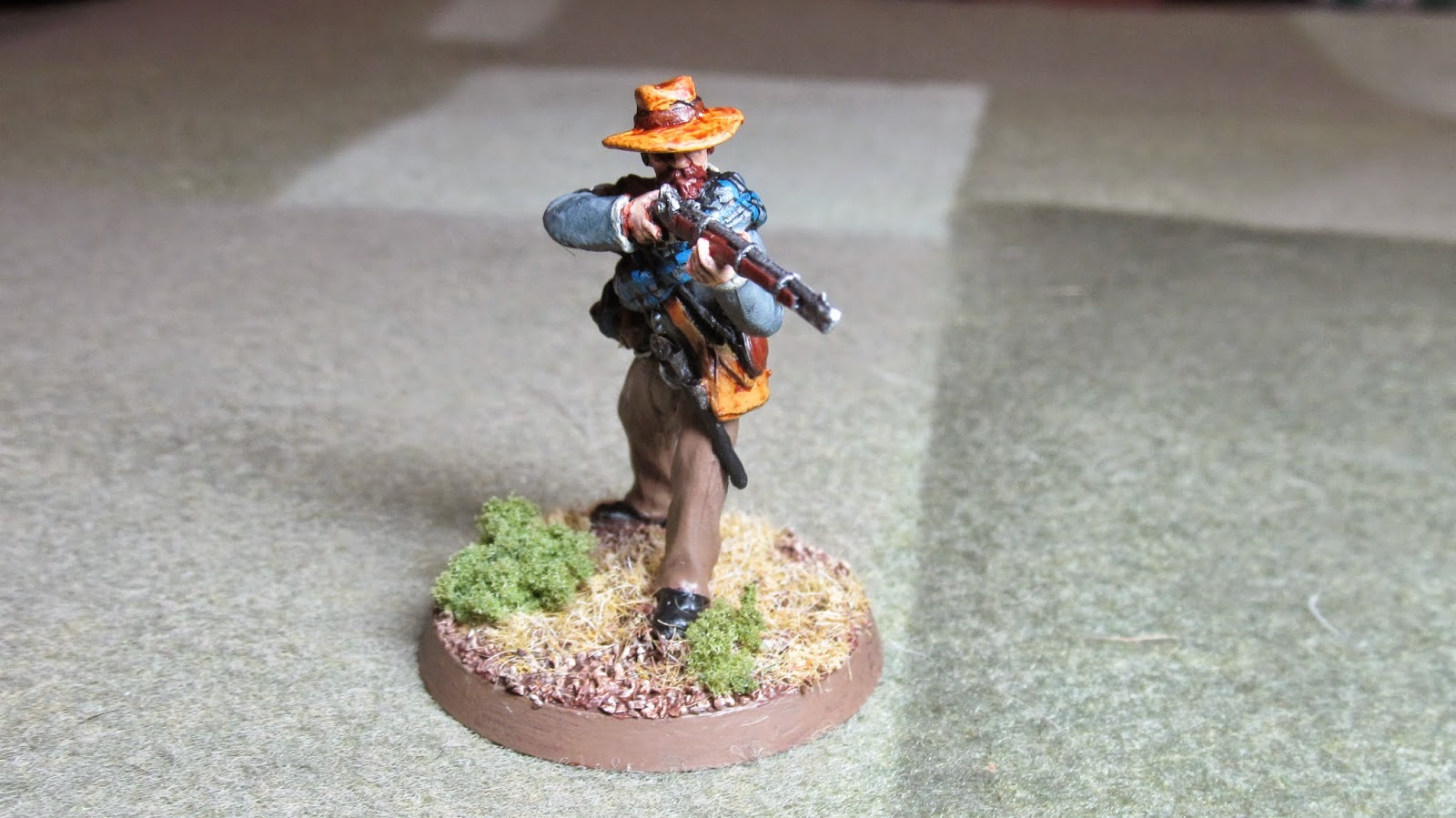 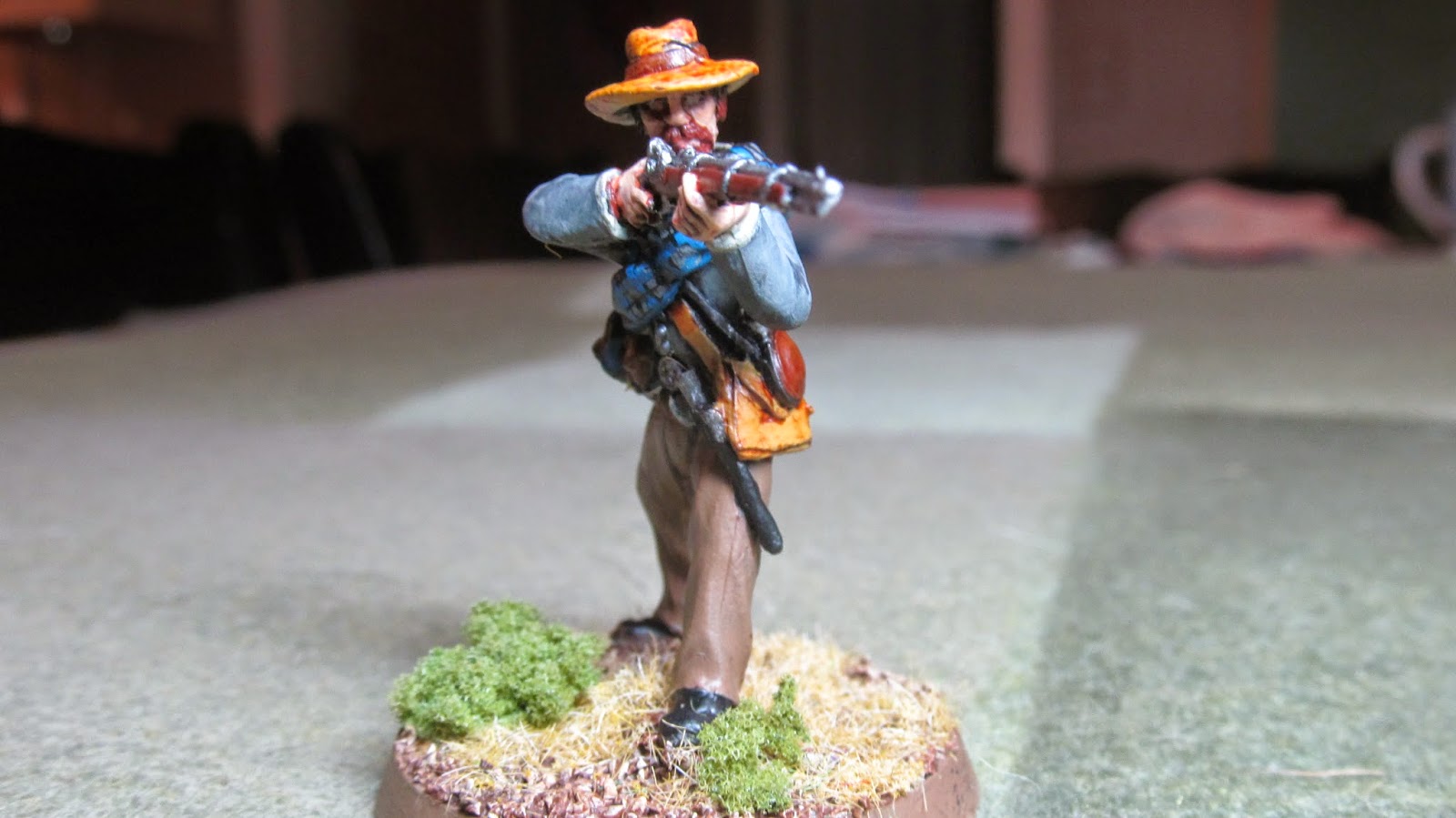 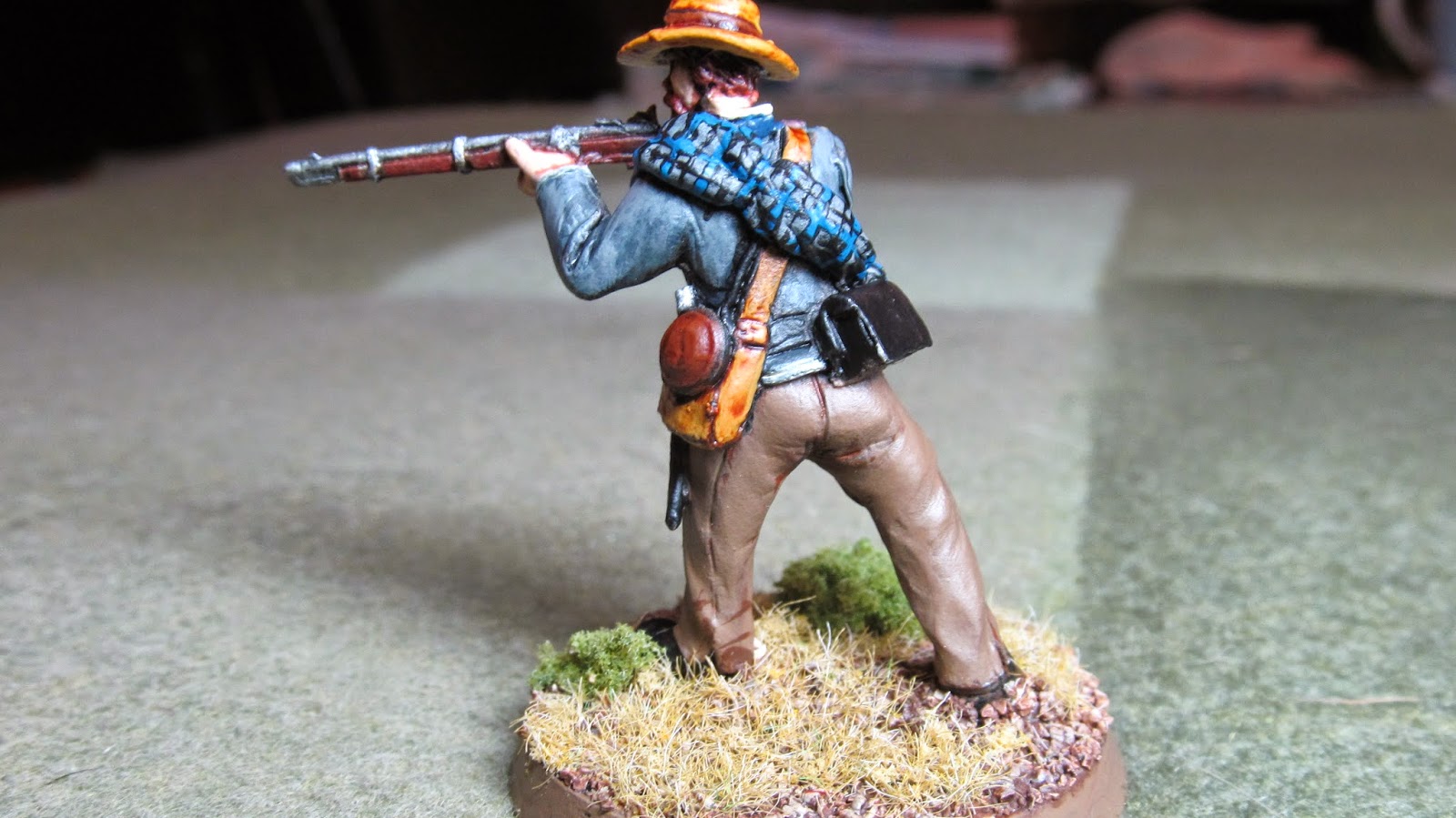 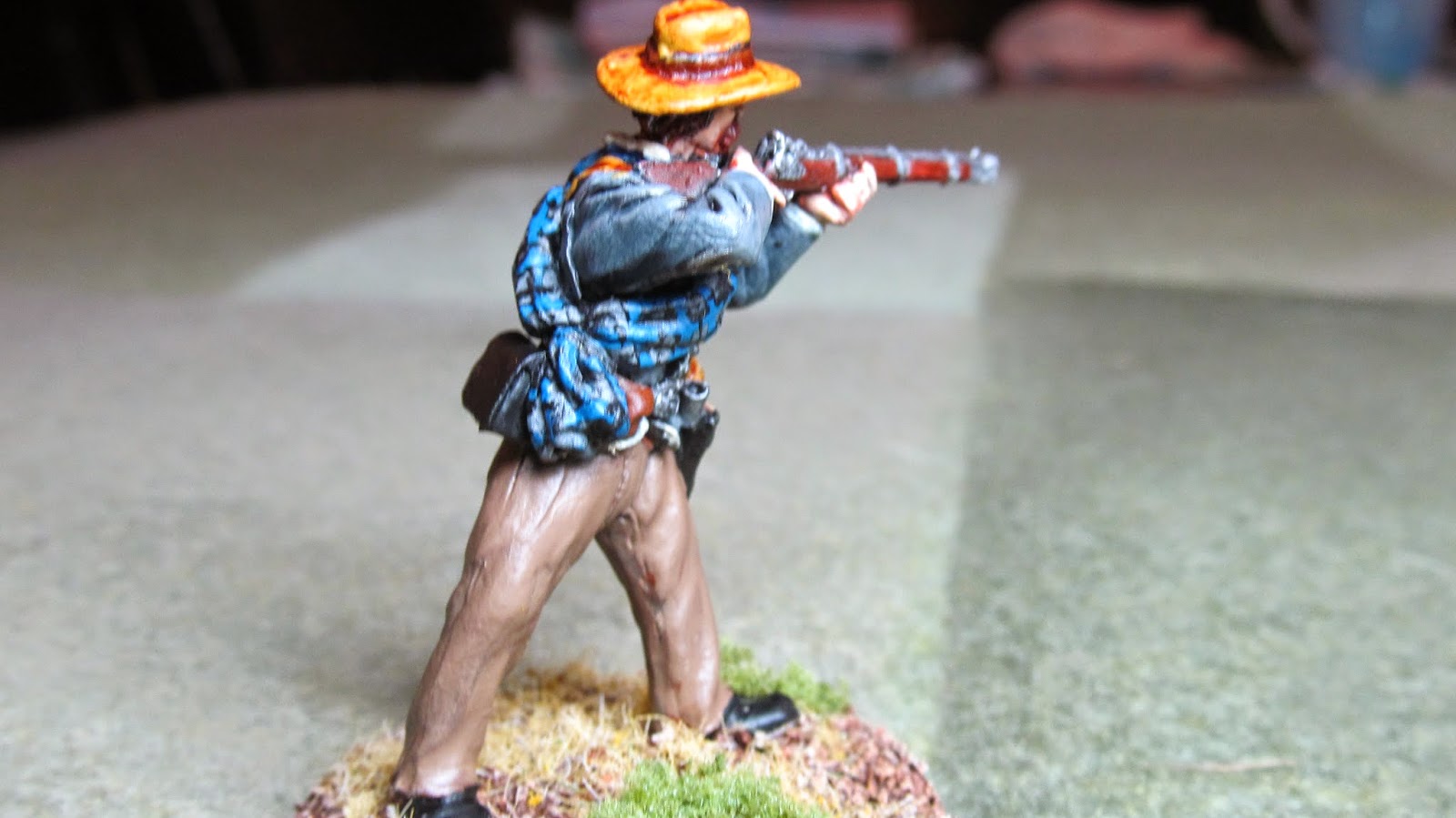 I have never painted a 40mm figure and with the generous free sample from Doug Carroccio at The Miniature Service Center I now have the opportunity.

The head went on easily at the angle I wanted with super glue; a nice fit and it looks natural.  Speaking of natural, the proportions of the figure look extremely realistic.  After using white glue to put the figure on a soda cap and allowing it to dry, I used a thinned down coat of GW's Abaddon Black to prime the figure.  I have discovered that thinned flat black paint brings out the highlights of metal figures and makes it easier for me to paint. 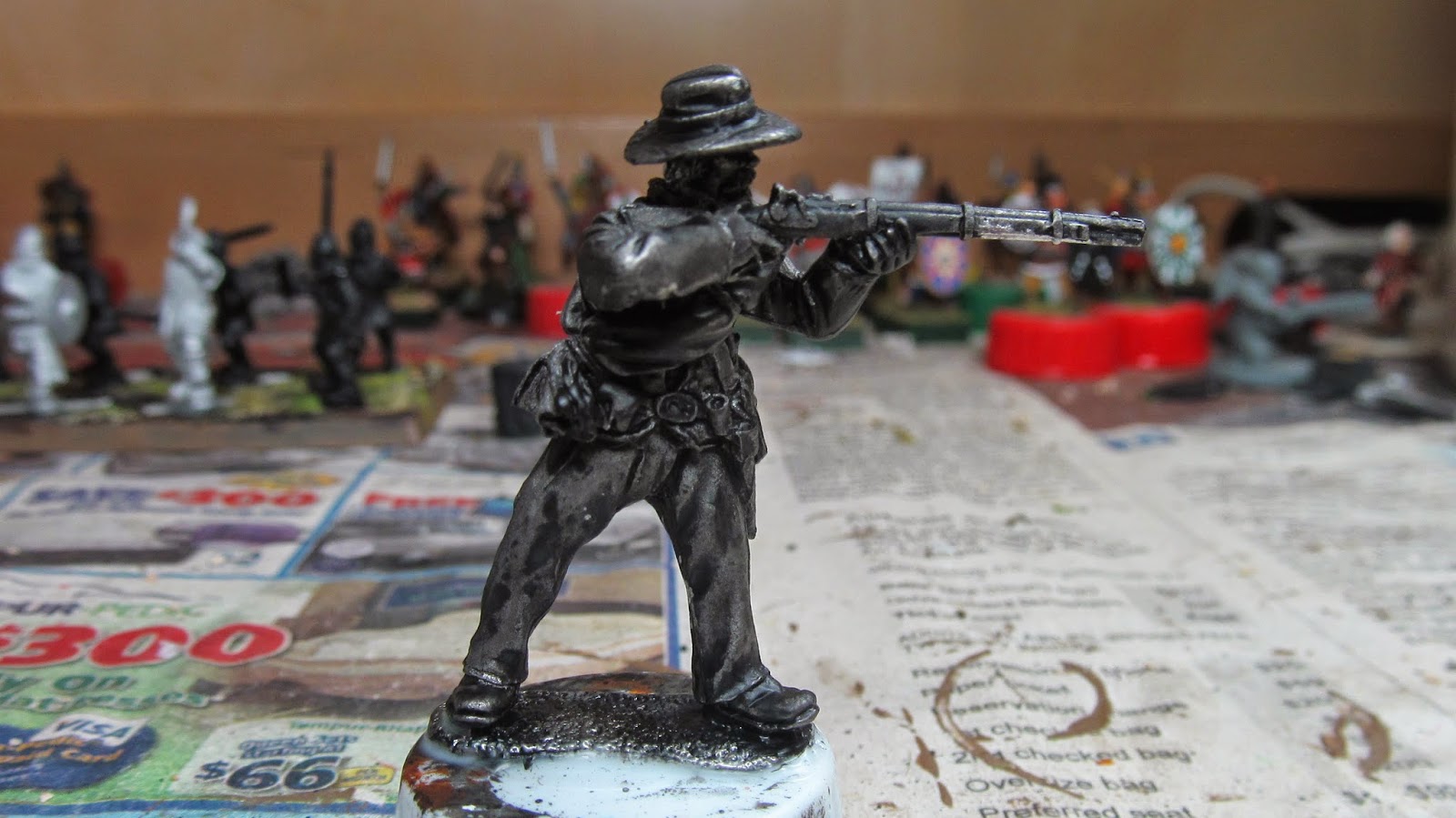 In this picture you can see the CS on the belt buckle. 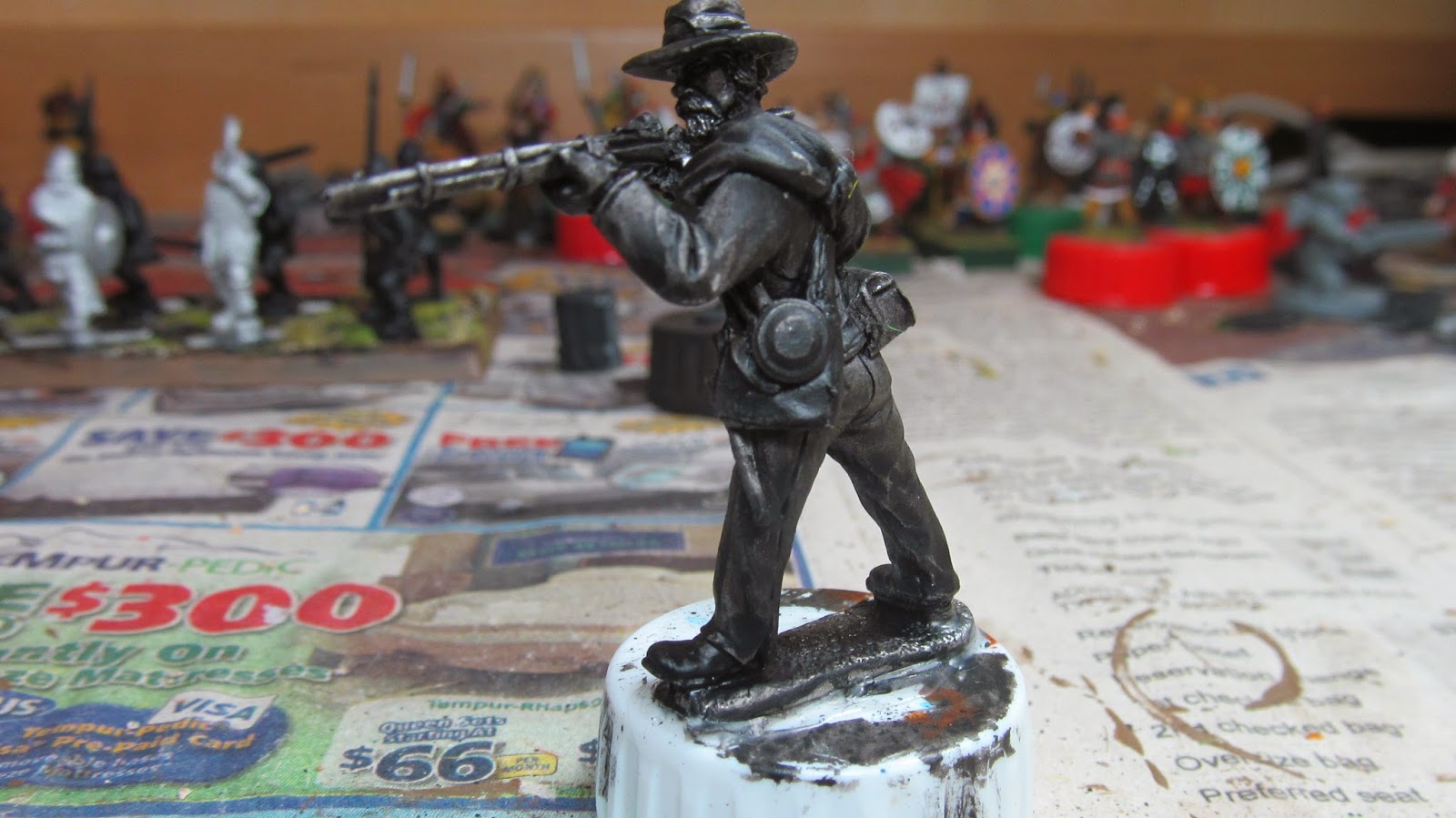 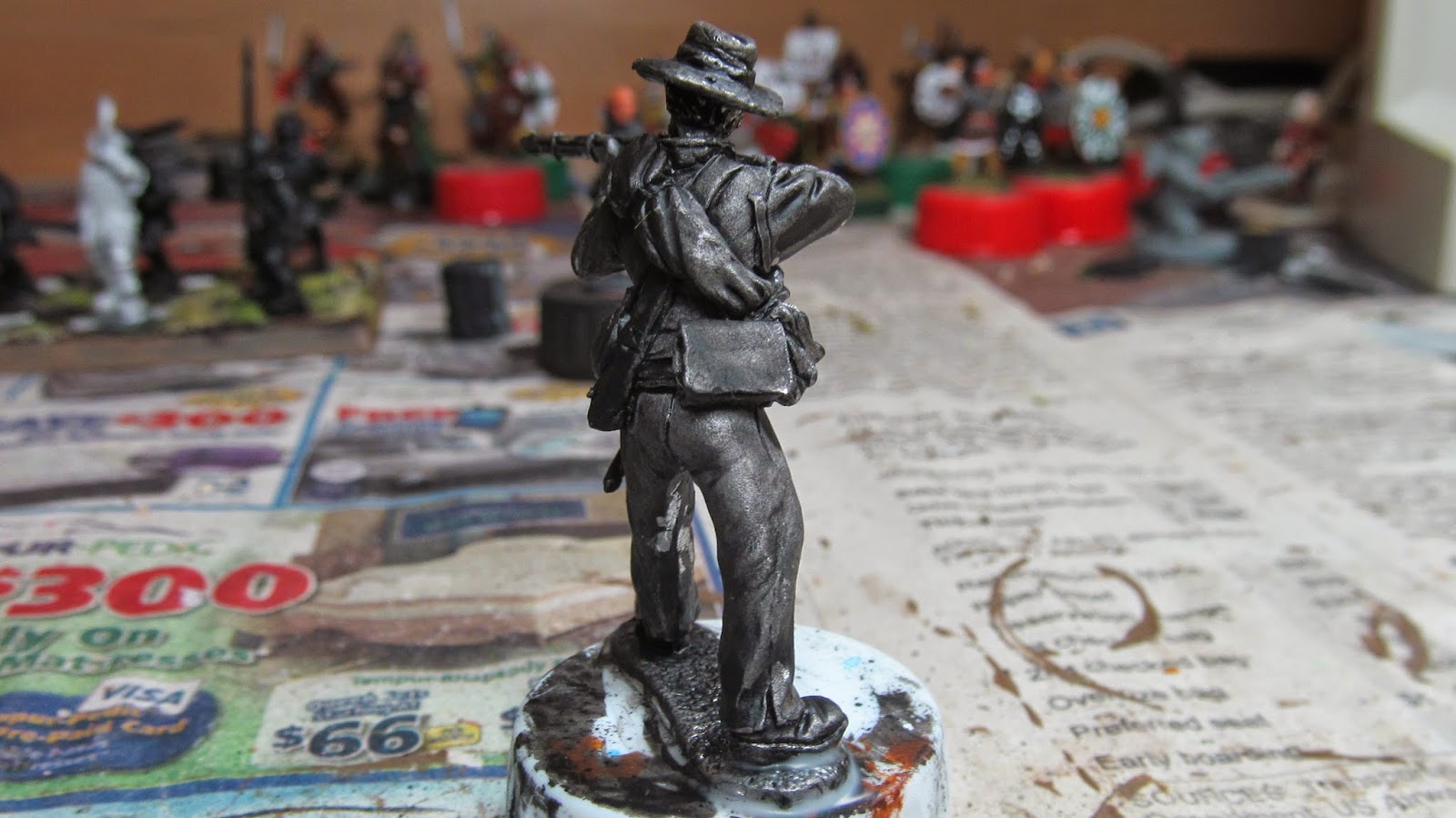 I noticed after priming what appears to be some flash on the right side of the back. No big deal.

I usually like to paint the face first as that gives me an idea of the "character" of the figure. I used a base of GW Dark Flesh, followed by Dwarf Flesh and then Elf Flesh. (Note: I have a combination of GW paints with the old names and the new names. If you need the conversion chart, you can download a chart here: Citadel Conversion Chart.)  For now the hair is dark flesh - I'm not sure if I will add a highlight at this point or not.

Before I started to paint the uniform I pulled out my handy copy of Don Troiani's Civil War; one of the best investments in uniform and painting guides I ever made. The painting "Until Sundown" features the 6th Alabama at the battle of Antietam and the uniforms are based on a surviving shell jacket worn by the 6th Alabama. With this as a guide, I decided to paint the figure as a member of this regiment from my adopted home state.

The shell jacket started with a base of Adeptus Battle Grey followed by a coat of Dawnstone. To complete the base color for the shell jacket I used Kantor Blue for the collar and Bone White for the collar trim, cuff and jacket trim with just a small highlight of White Scar. For the pants and hat (in fact for anything that will have a shade of brown) I used Mournfang Brown as the base. After that dried I used a thinned down coat of Steel Legion Drab on the pants and then a thicker coat to smooth out the color. 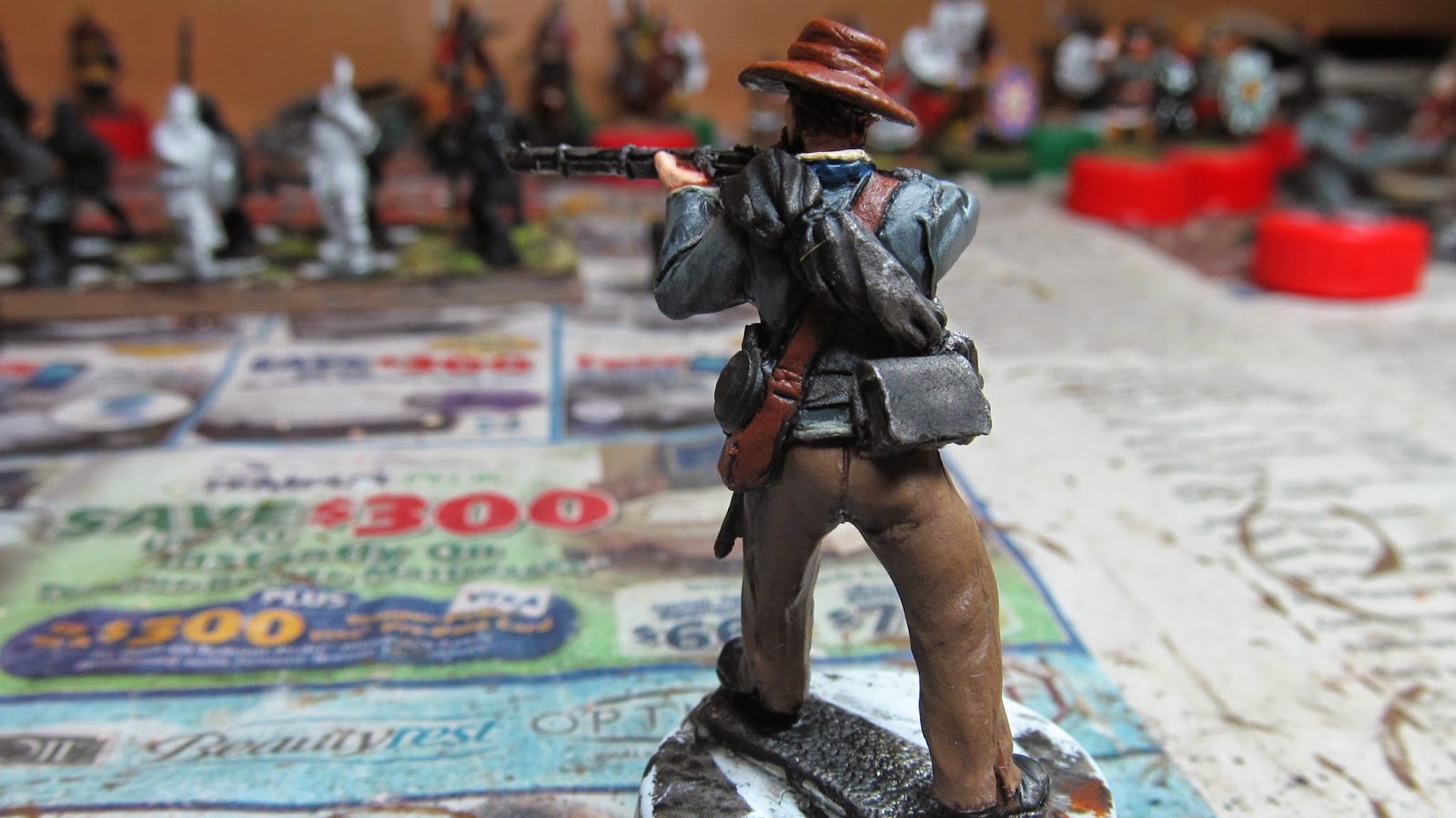 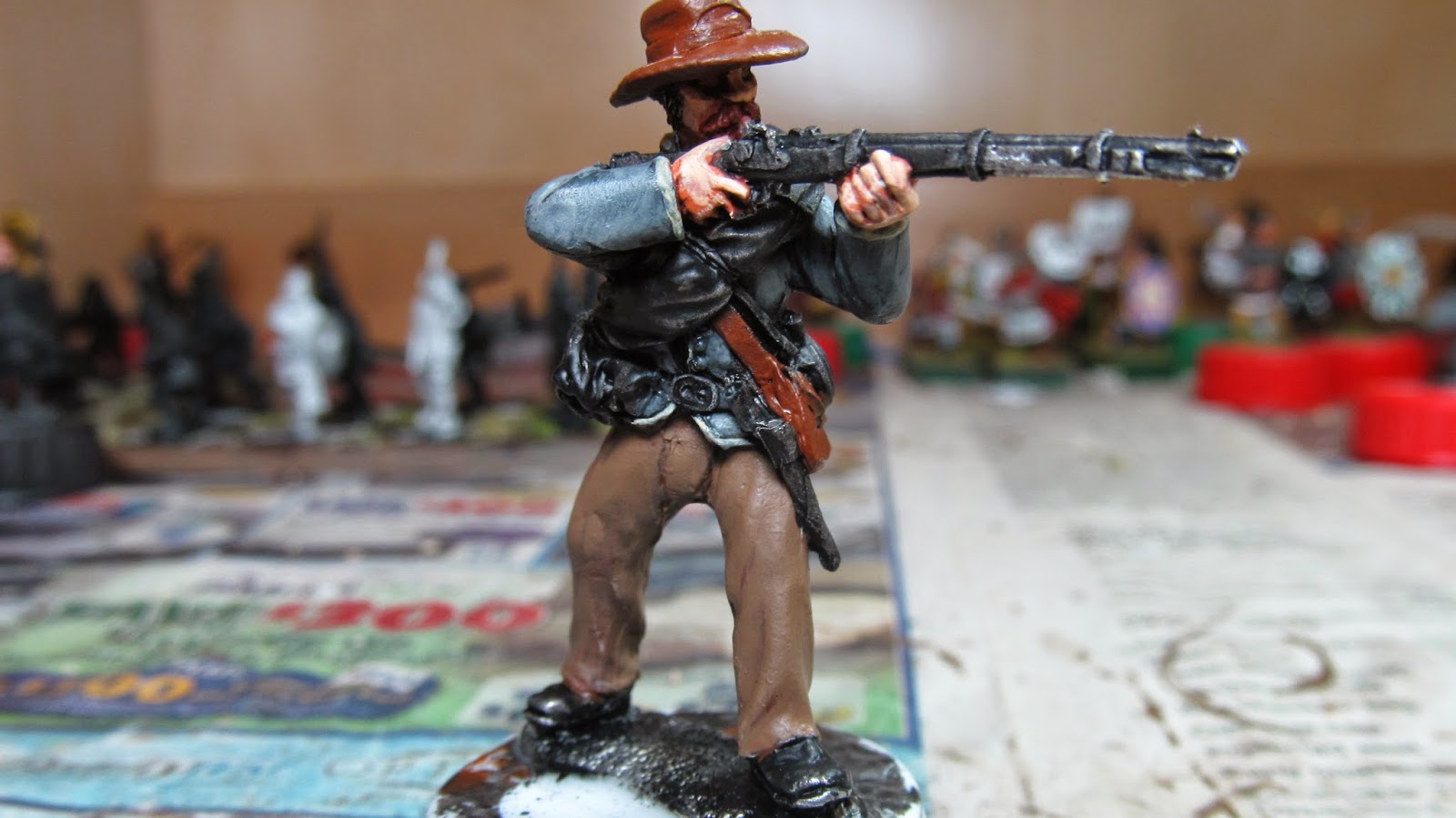 I missed a mold line on the hat! My eyes are not what they used to be! 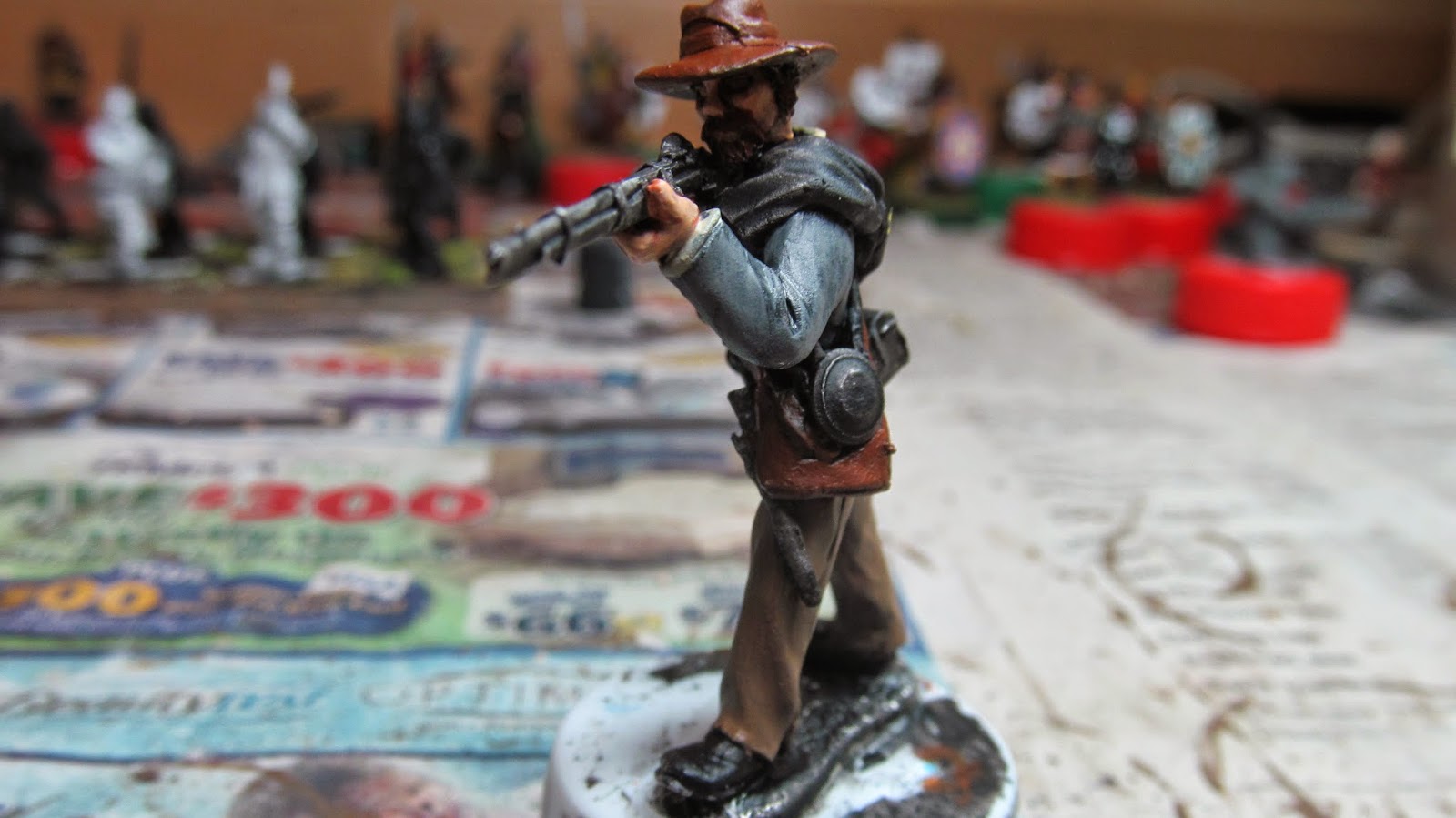 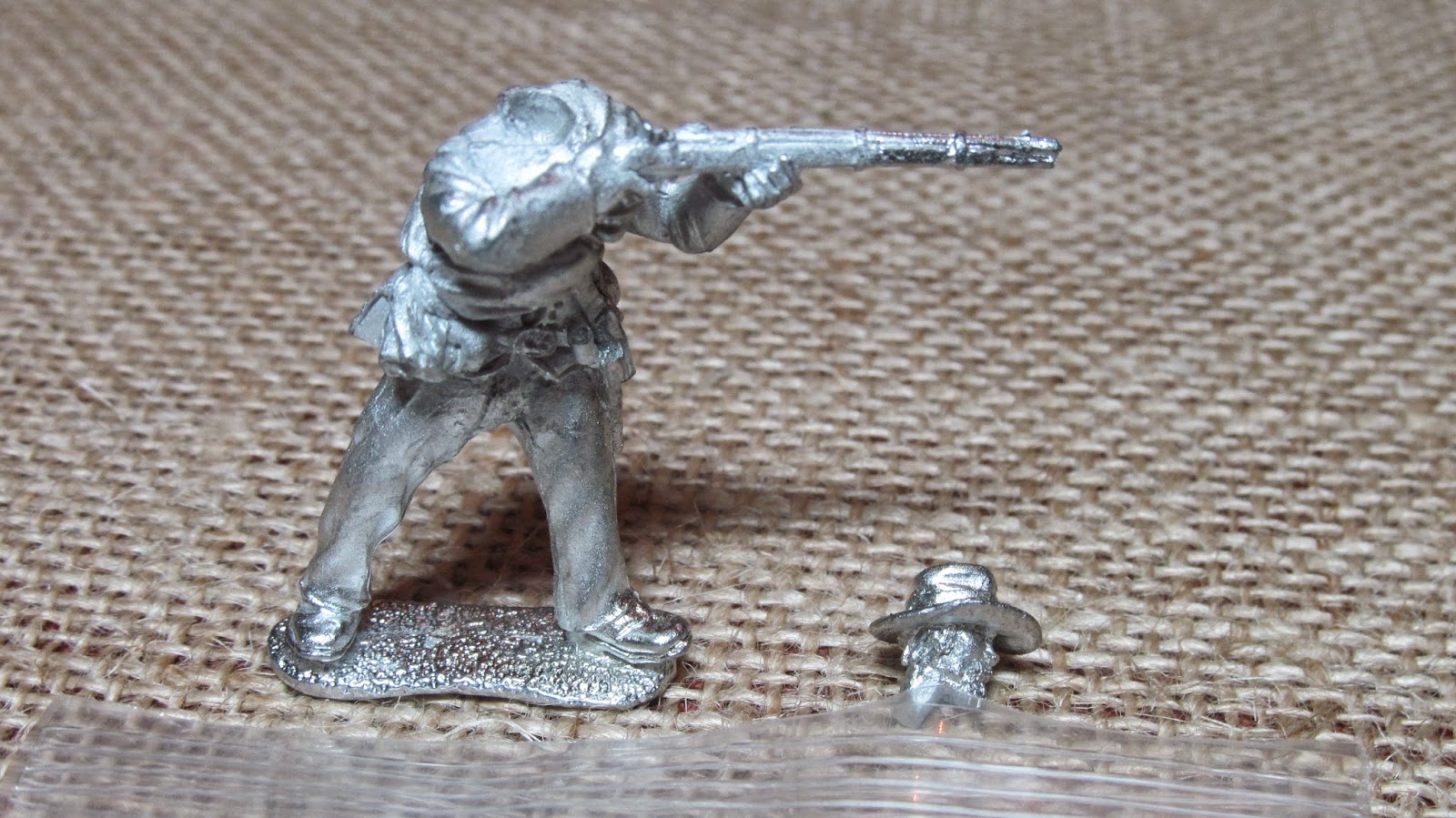 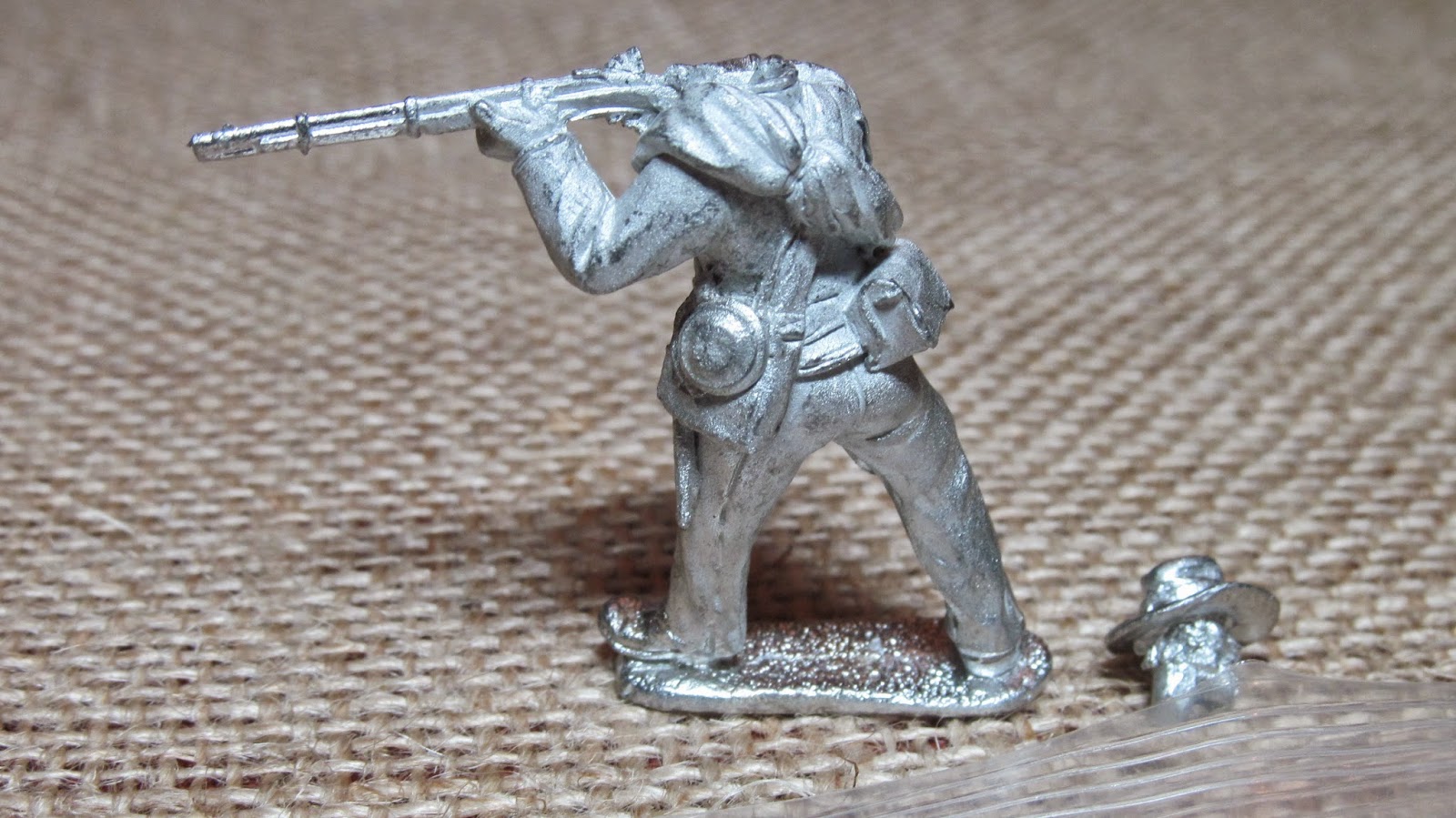 I am definitely going to enjoy painting this figure and I am already tempted looking at the pictures from all of the ranges.
Posted by Neil at 3:32 PM No comments:

The Earl of Essex's Regiment of Foot

I was starting to get "Viking burnout" assembling and painting the Gripping Beast plastic Vikings for a Dux Bellorum Sea Raider army. Another ongoing project is the English Civil War and I thought that since Robert Devereux, Earl of Essex and Lord General of the Armies of Parliament commands my Parliamentary army then it was time to get his personal regiment in the fight. 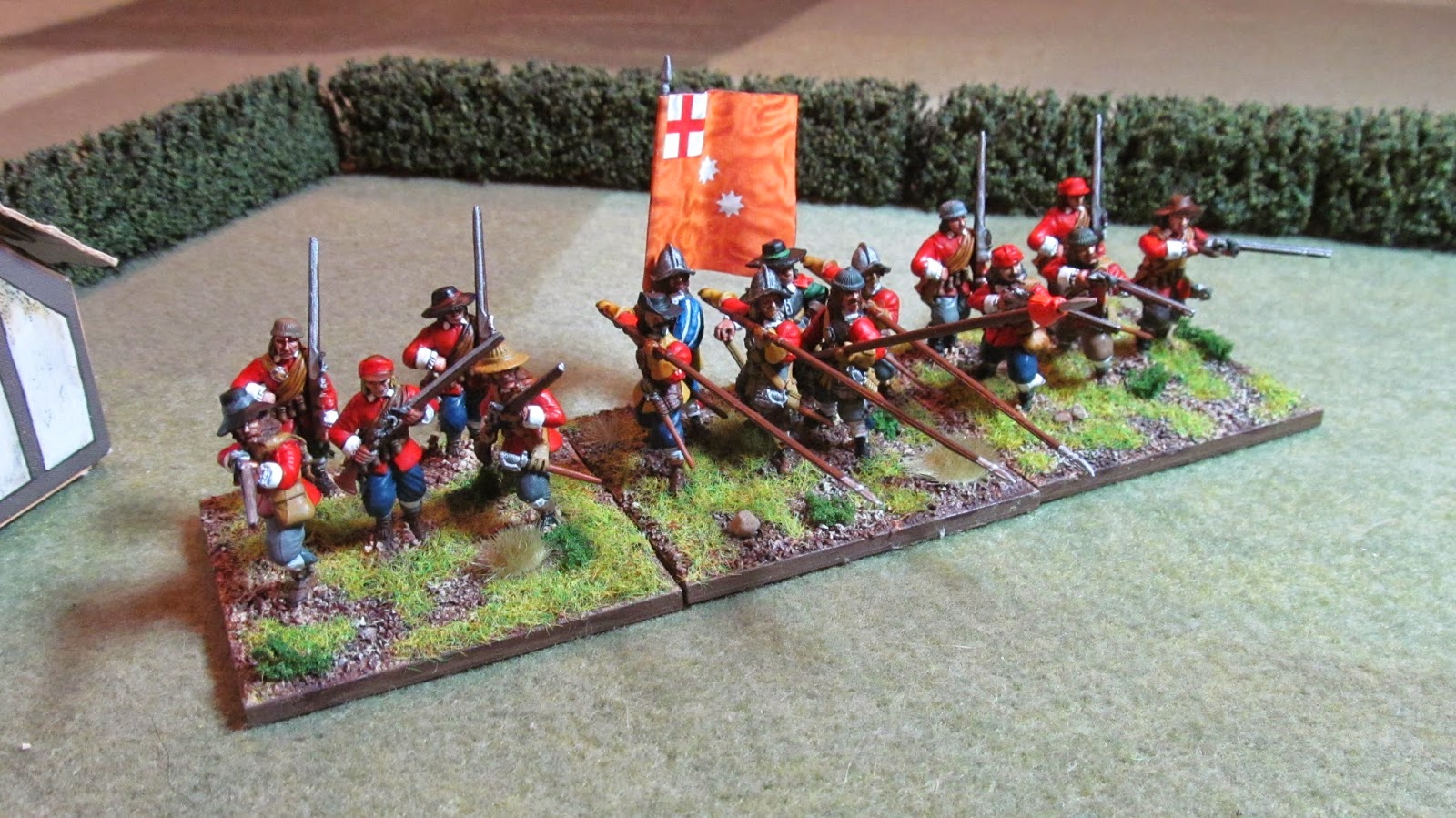 Essex's Regiment is also known as the Lord General's Regiment 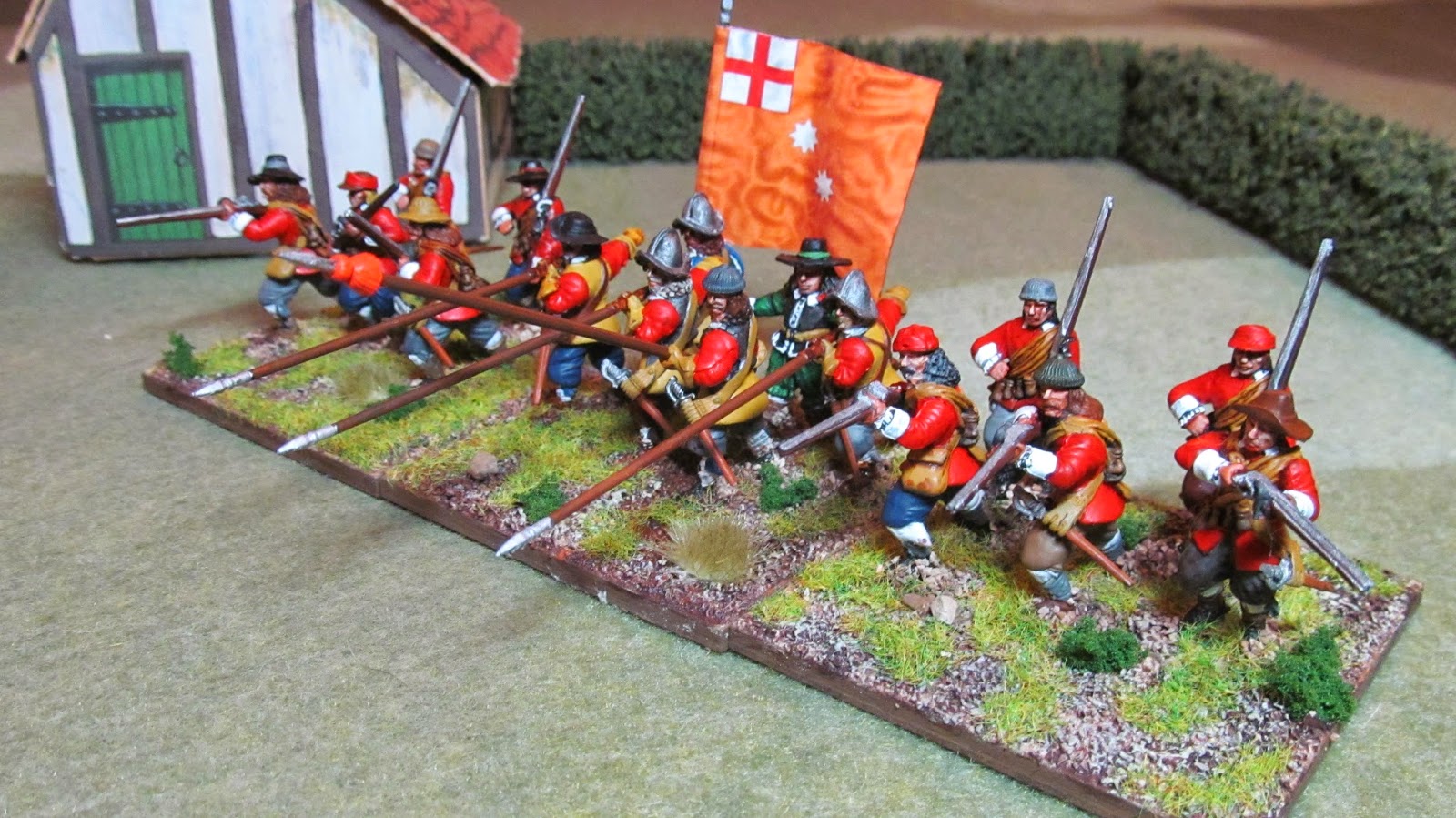 The regiment existed from the beginning of the Civil War in 1642 until it was disbanded in 1645. During that time, the regiment fought with the main Parliamentary army based around London. It is interesting to note that during the Battle of Edgehill, Essex was among their ranks with pike in hand. (Editorial comment: It must have really hit the fan at Edgehill!  I always told my soldiers that if I was firing my weapon, something was wrong!) 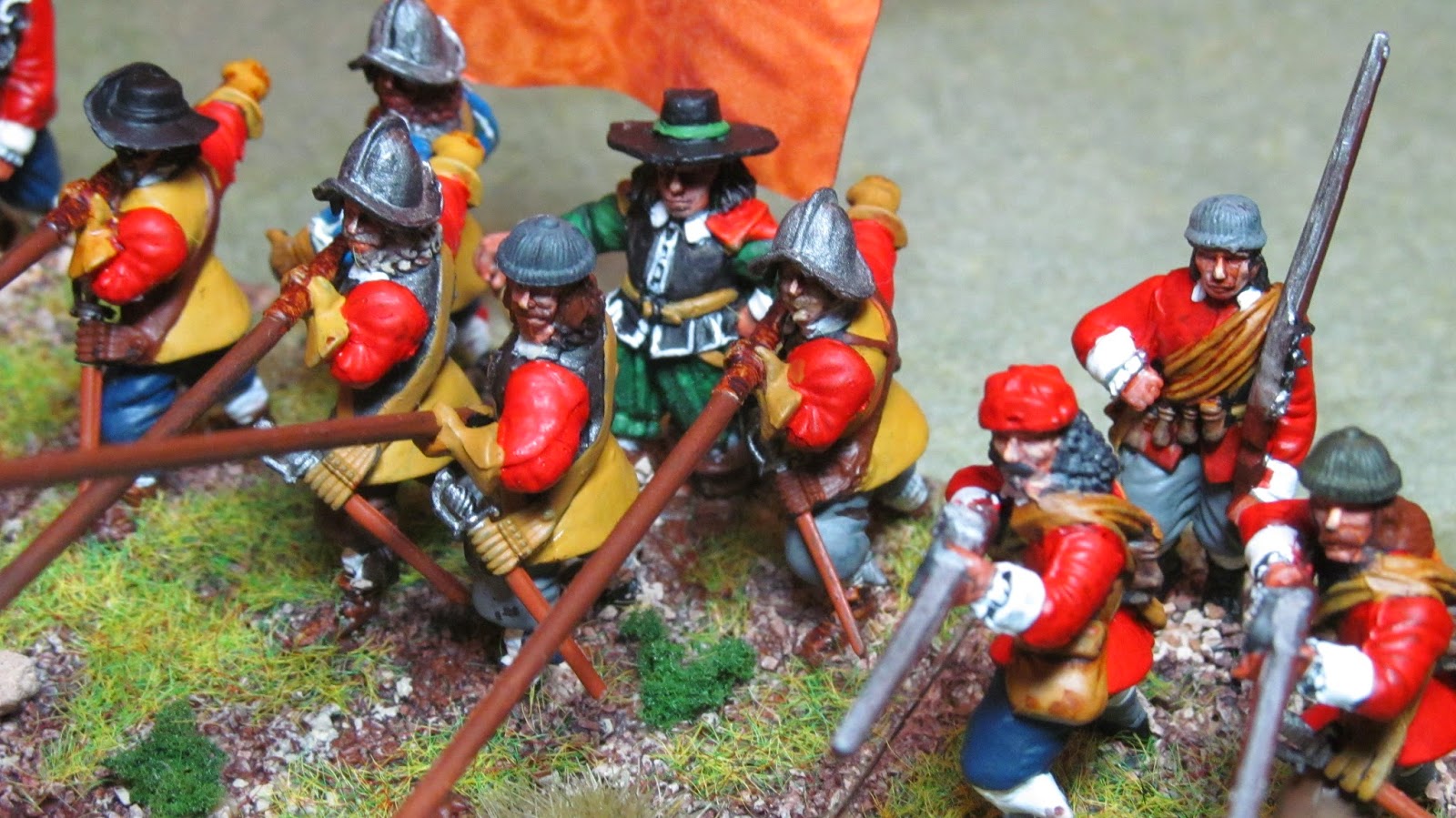 The Squire looks quite dapper

Based on my research Essex's regiment originally wore orange tawney coats from September 1642 until they issued an unknown coat color in August 1643. As I was concerned that any orange coats I painted might be too bright and I did not feel like buying new paint or mixing colors; instead  I decided to go with a common red jacket with white facings. Previously I did the King's Lifeguard in a darker red; Essex's regiment I decided would be a brighter red. After priming in black, I simply did two coats of GW's Blood Red and then added a Red Wash also from GW. After the I added the wash, the coat was glossy but I always use a flat clear coat when finished painting which nicely took away the glossy look. 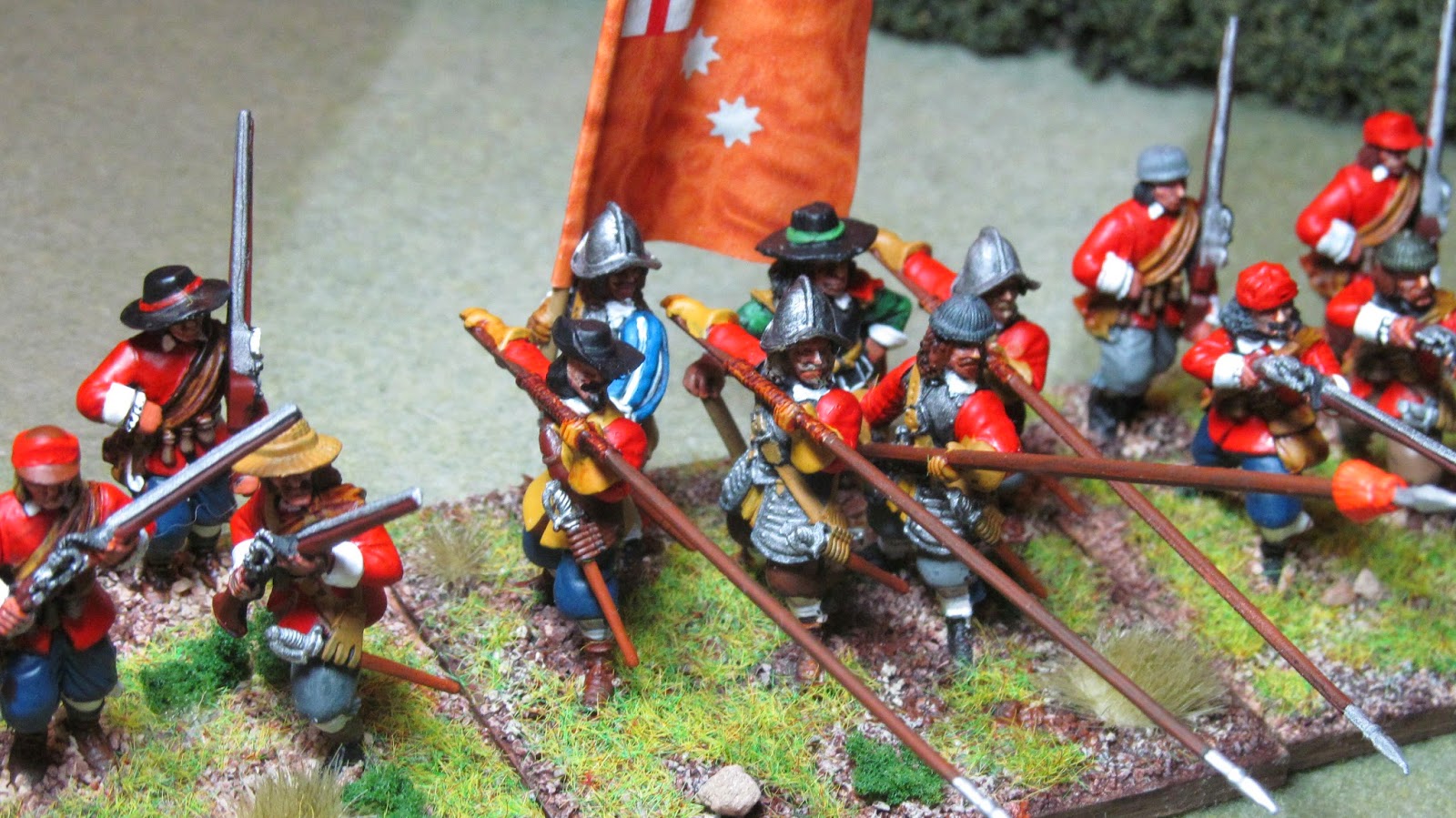 The standard bearer is converted from an armored pikeman figure

In November 1644 Essex's regiment received new flags to replace those lost in Cornwall, these were orange with white mullets (five-pointed stars). At the First Battle of Newbury a set of orange colors with white eight-pointed stars was captured by the Royalists and they might have belonged to Essex's. 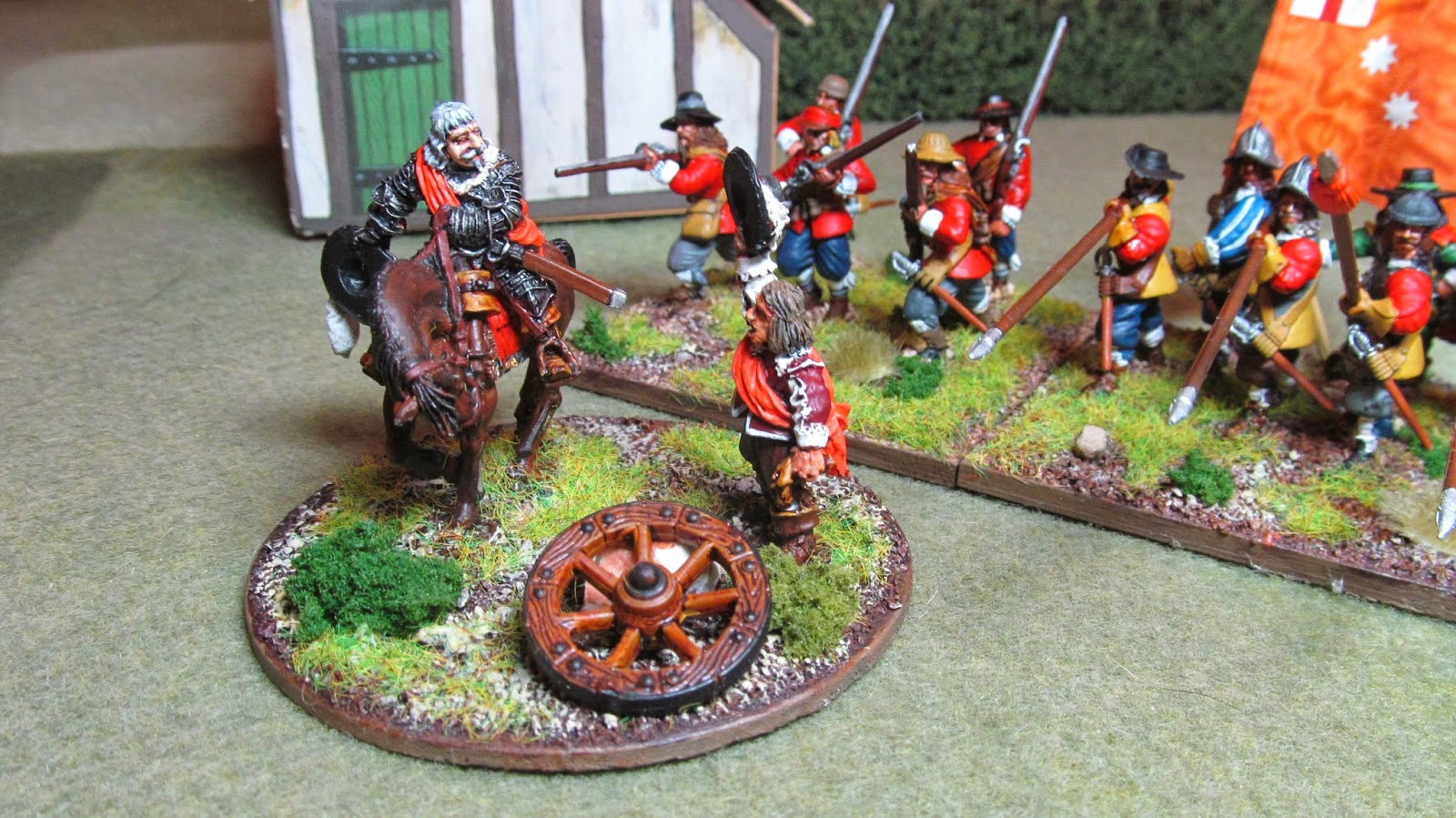 The Lord General inspects his regiment.

All of the figures for the regiment are from Warlord Games plastic ECW infantry box except for the "squire" which is from Wargames Foundry.
Posted by Neil at 7:31 PM 4 comments:

Campaigning with the Duke of Wellington & Featherstone

It's that time of the year when I clean out my shelves and put them on eBay. Just click on the book title and it will take you to eBay starting with: 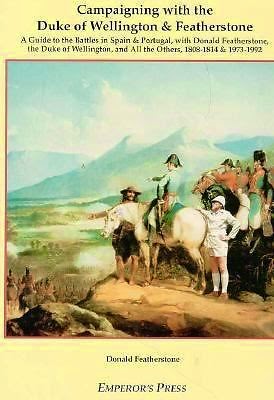 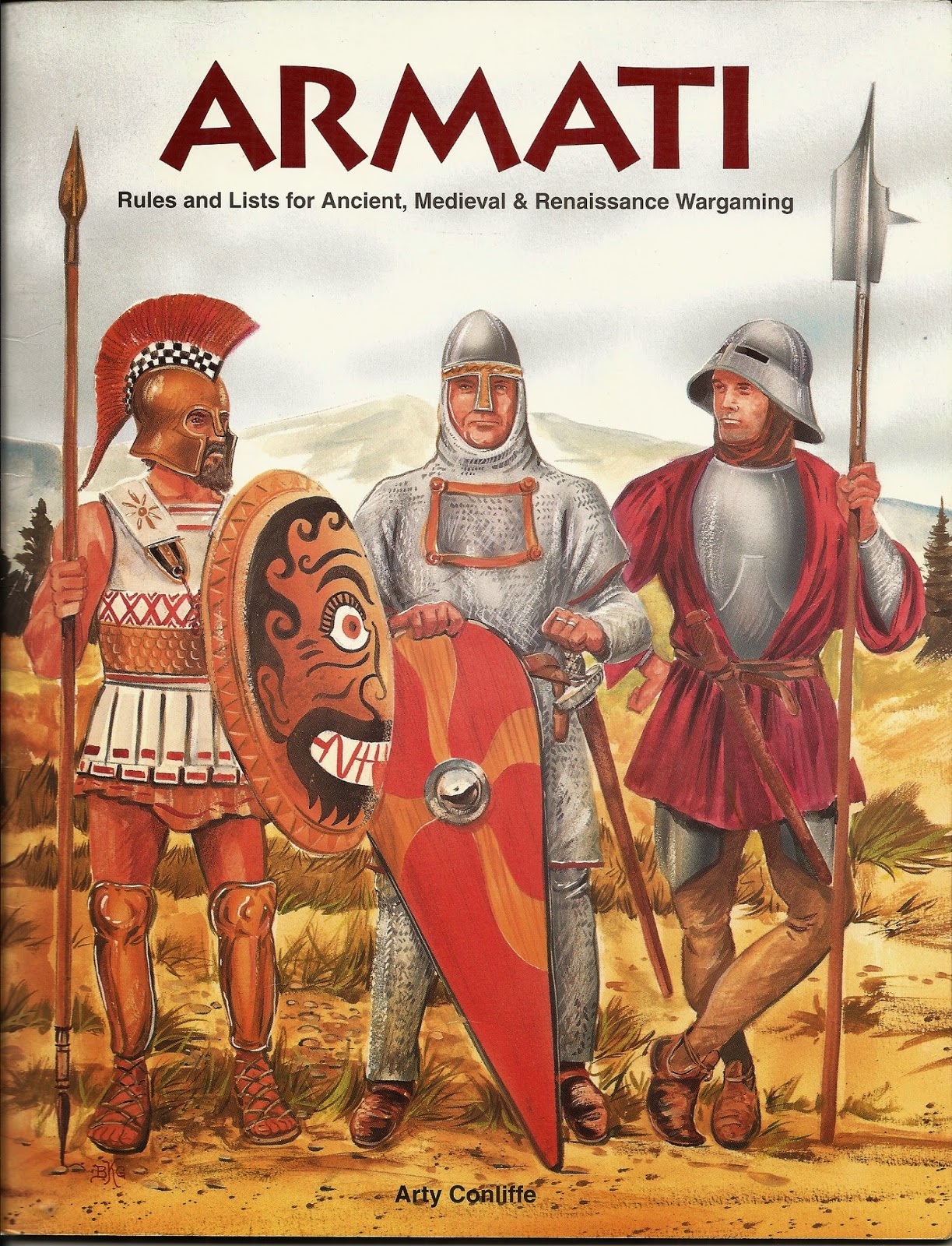 Armati is a fun, fast playable set of rules. 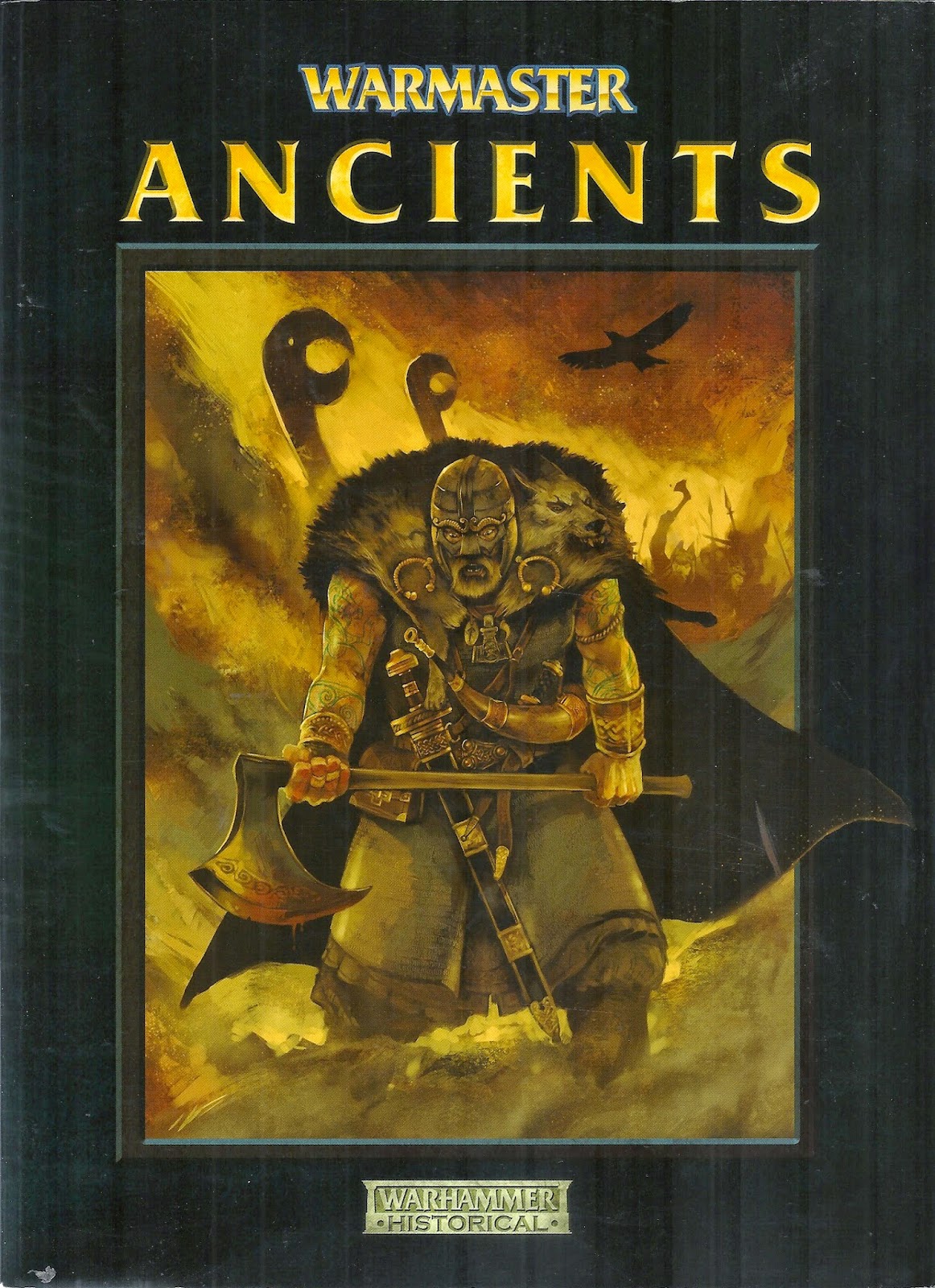 Warmaster Ancients is an innovative set of rules that has now morphed into Black Powder, et.al. 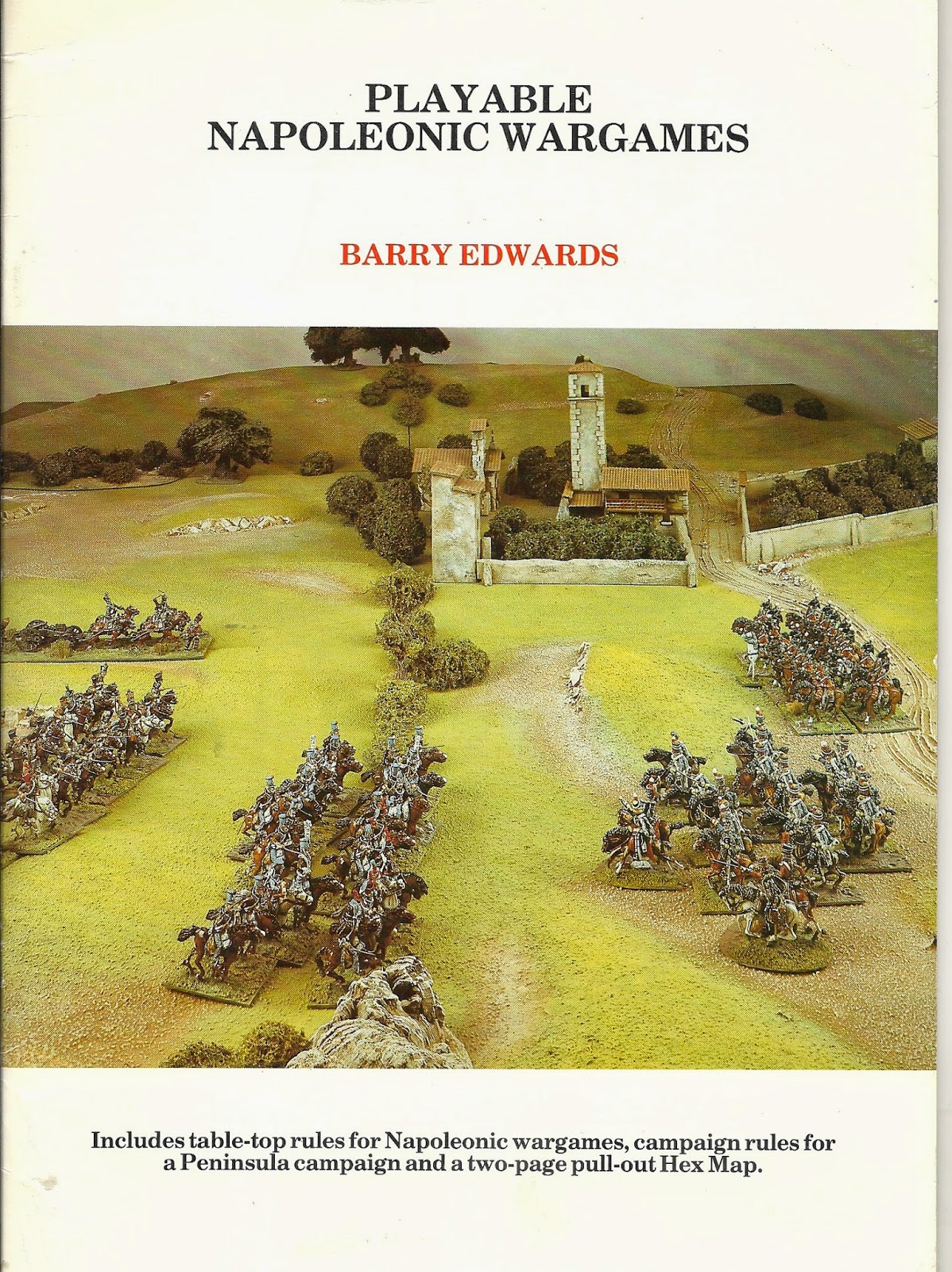 Playable Napoleonic Wargames is a tactical set that focuses on the Peninsular War and includes a campaign system and map. 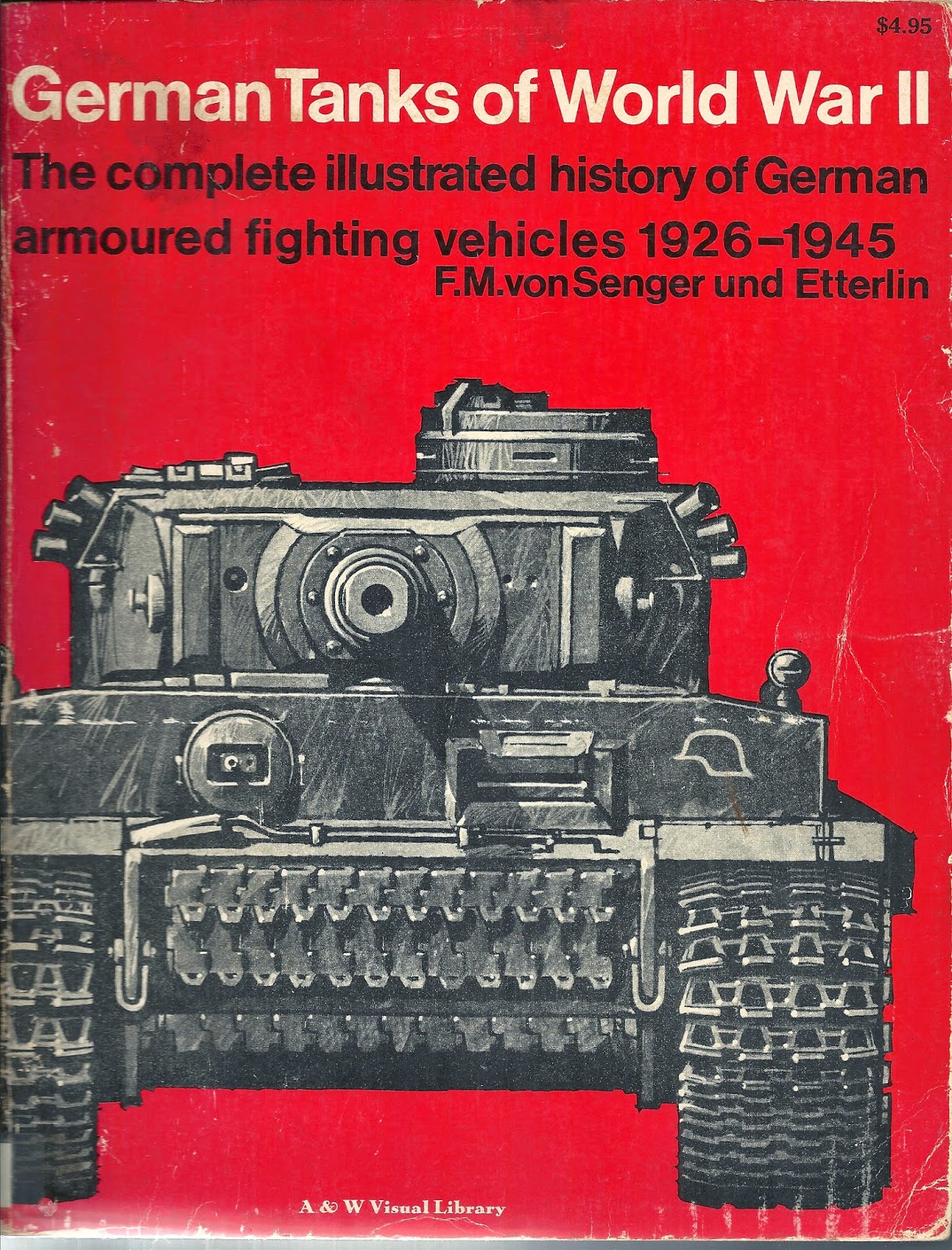 German Tanks of World War II is a great reference book with many pictures I have not seen elsewhere. 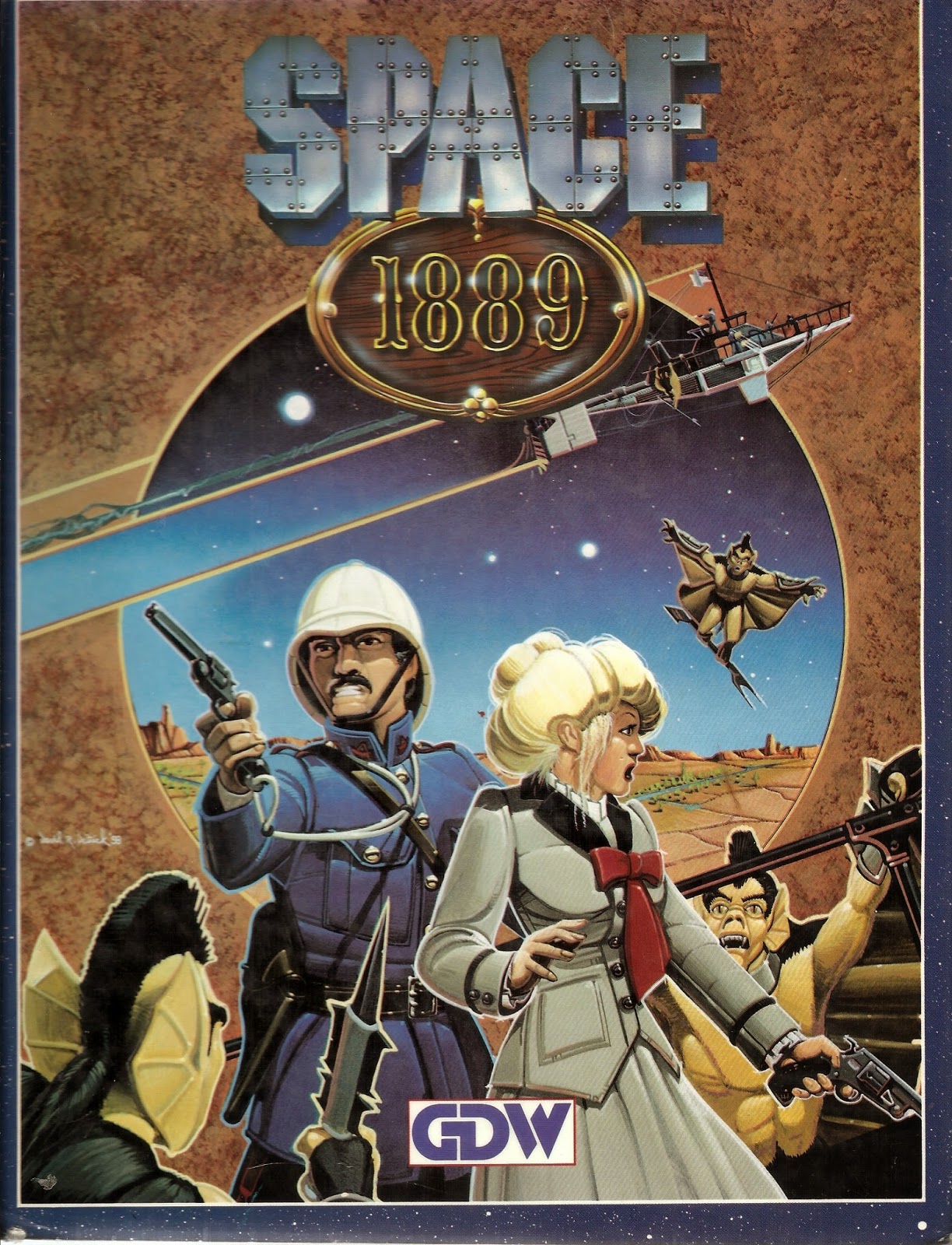 Space: 1889.  The original Steam punk rules that allow you to live in the world of H.G. Wells, Jules Verne and others. 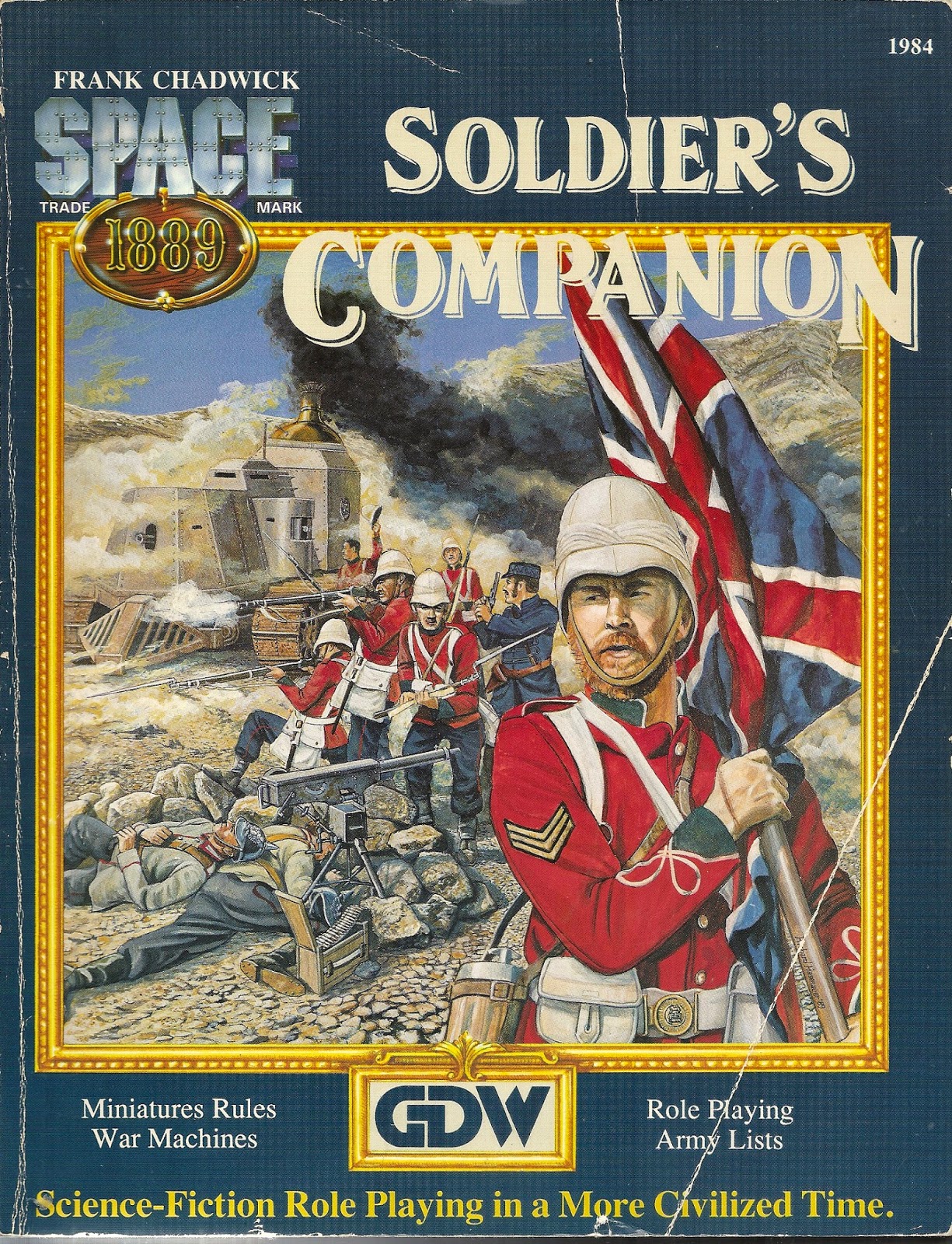 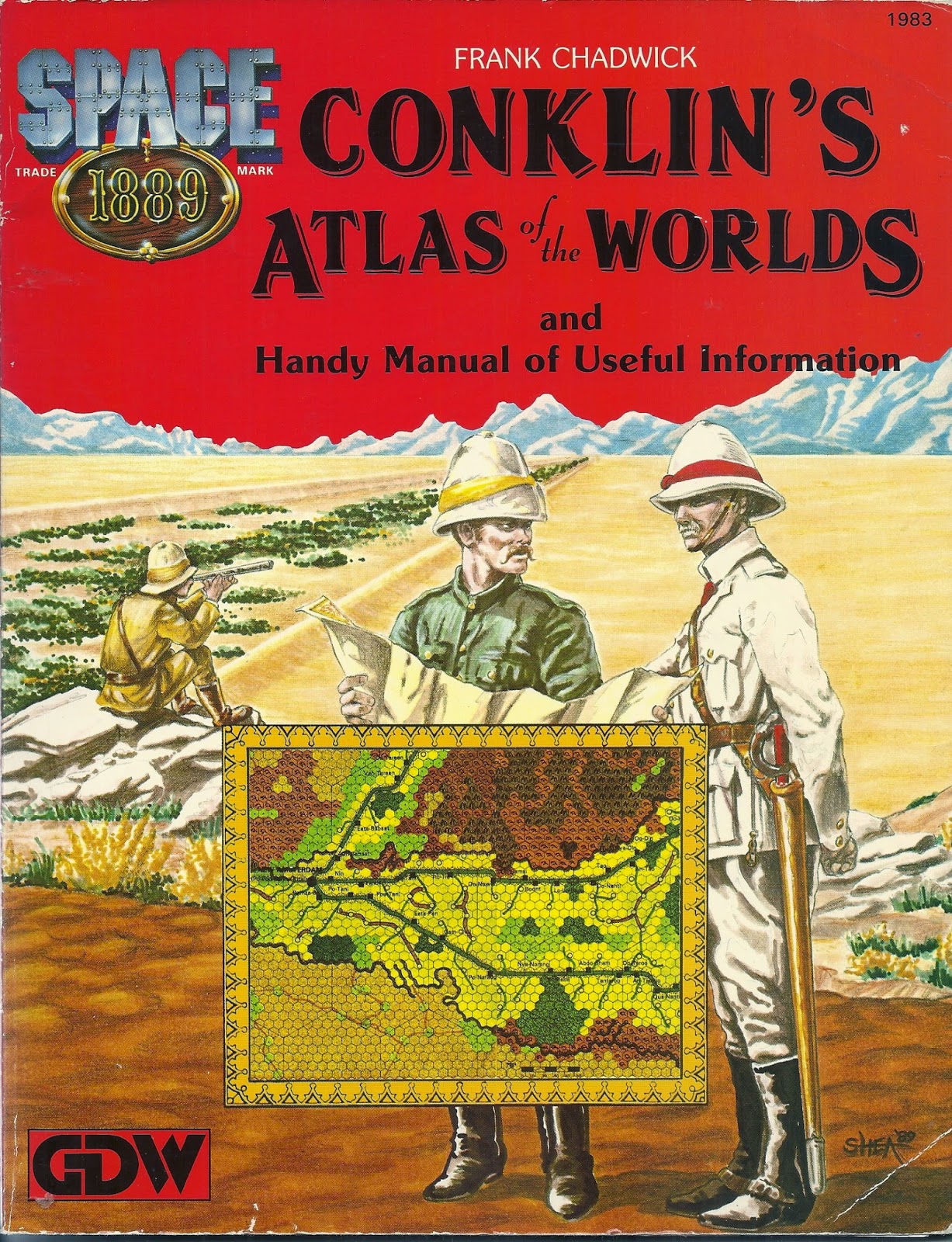 Space: 1889 Conklin's Atlas of the Worlds. Every traveler needs a map!