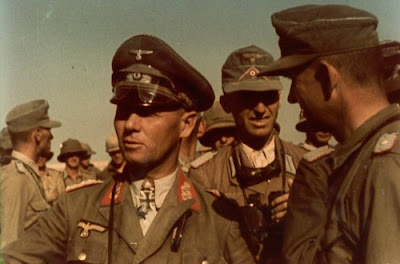 Popularly known as the "Desert Fox" Field Marshal Erwin Johannes Eugen Rommel is a favorite for war gaming. Rommel is regarded as having been a humane and professional officer.   His Afrika Korps was never accused of war crimes, and Allied soldiers captured during his Africa campaign were reported to have been treated humanely.  Orders to kill Jewish soldiers, civilians and captured commandos were ignored.  Battle Front has an outstanding version of him from their Flames of War range in 15 mm. 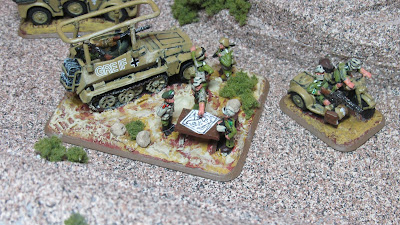 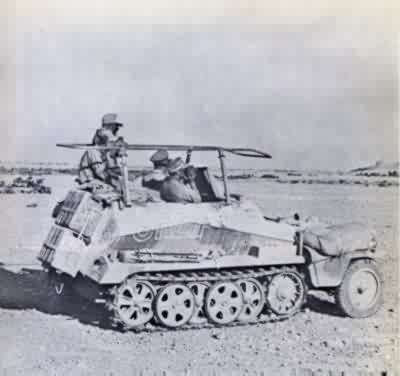 A photo of Rommel in his Sd Kfz 250/5 half-track named Greif.  Greif can mean "Griffin" or "Attack" in German.

For the vignette I have added a couple of Panzer III tanks to protect the Field Marshal while he is receiving his briefing on the current situation. 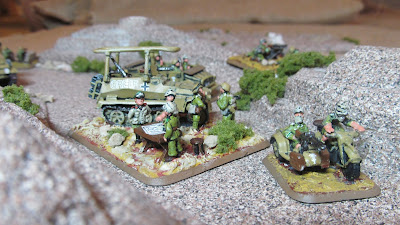 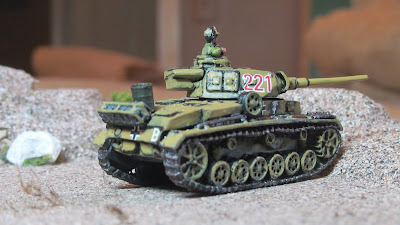 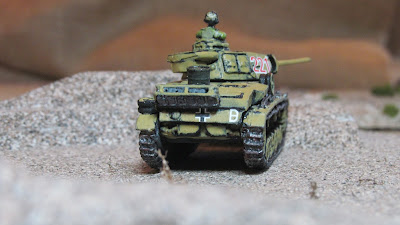 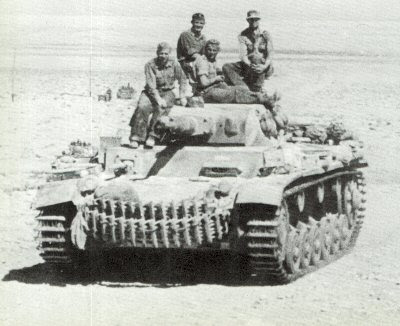 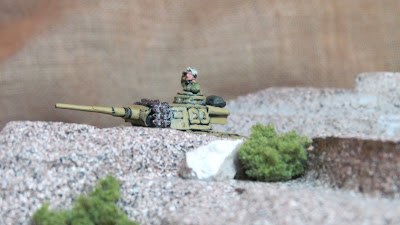 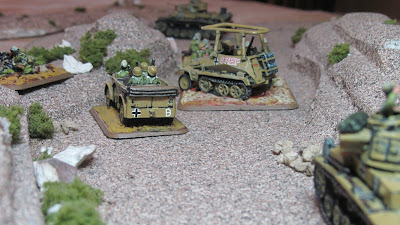 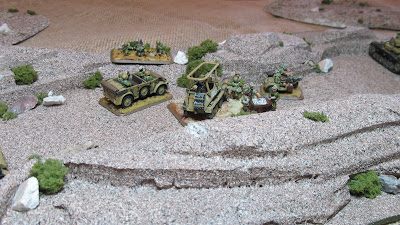