I was rapidly approaching painting burn-out of pike and shot units for Phase 1 of my English Civil War project.  As I stared at remaining (mostly) 3 units of hard plastic Gripping Beast Vikings I knew it was time to finally finish the Sea Raider army for Dux Bellorum.  The figures are easy to paint (though I was challenged gluing them together) and all they need left are their shields. 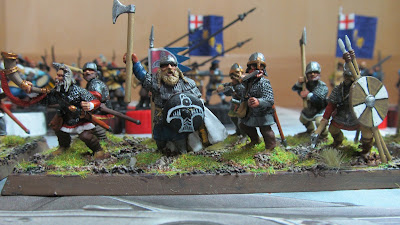 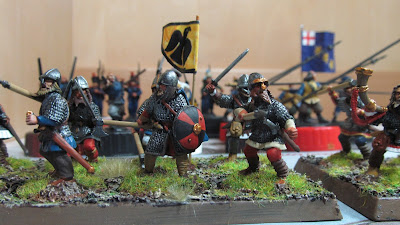 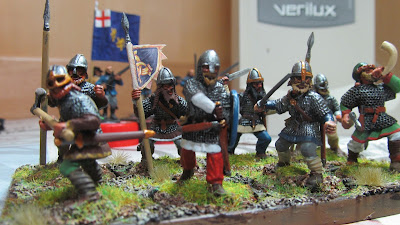 The Sea Raider army is based on the list from an article about Dux Bellorum in Wargames Illustrated # 299 that featured at the end of the article how to build a Late Saxon era and Viking army with 2 boxes of Gripping Beast plastics. The finished Sea Raider army (Vikings) will be have 1 unit of Foot Companions (Warriors), 4 units of Noble Warriors and 1 unit of Warriors.  Since I have played a game or two of Dux Bellorum and have learned how to effectively use skirmishers, I think eventually the Sea Raider army will end up with at least 1 unit of skirmishers.

Now how about that box of plastic Saxons . . .