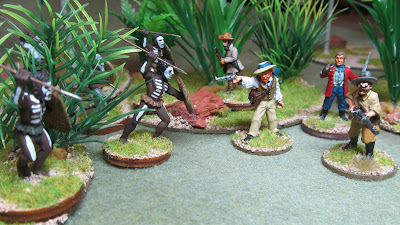 One of the most dangerous encounters in and around the Lost City of Opar are the cannibals of Niam-Niam. The term Niam-Niam appears to be of Dinka origin, meaning in that language “great eaters,” with reference, as is supposed, to their cannibalistic propensities.  “These beings,” remarks the German explorer Herr Doktor Professor von Sanders, on his first introduction to them, “stood out like creatures of another world . . . a people of a marked and most distinct nationality, and that in Africa and amongst Africans is saying much.” 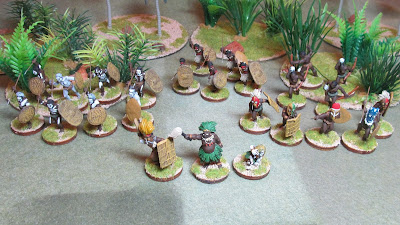 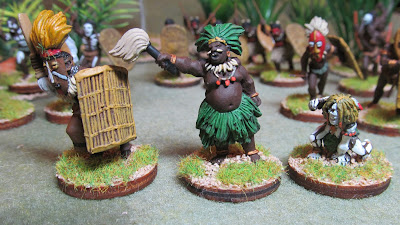 The leader of the masked warriors (known as "The Chopper"), the king (he gets more than his fair share of food) and the witch doctor. 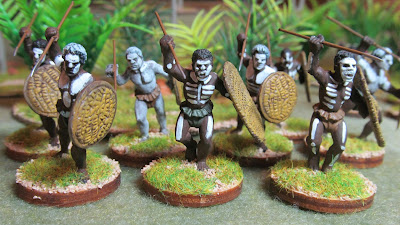 Some of the cannibal warriors of the Niam-Niam.  I am intending that most of the force for In Her Majesty's Name causes terror due to the possible selection of their adversaries appearing on the menu. 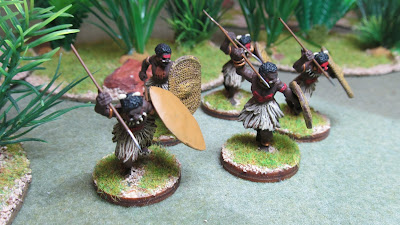 Some of the more experienced warriors wear mementos of previous meals and the archers use poisoned arrows. 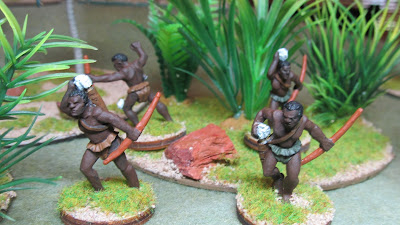 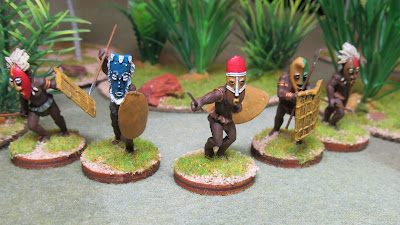 The warriors who shall not be seen. 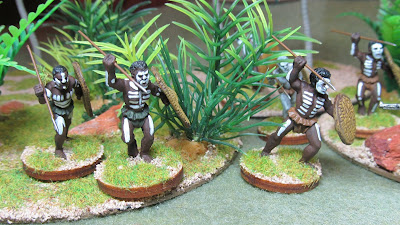