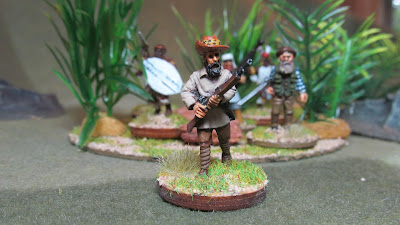 "If you can't do it with one bullet, don't do it at all."
Allan Quatermain is an English-born professional big game hunter and occasional trader in southern Africa, who supports colonial efforts to spread civilization in the Dark Continent, though he also favours native Africans having a say in their affairs. An outdoorsman who finds English cities and climate unbearable, he prefers to spend most of his life in Africa, where he grew up under the care of his widower father, a Christian missionary. 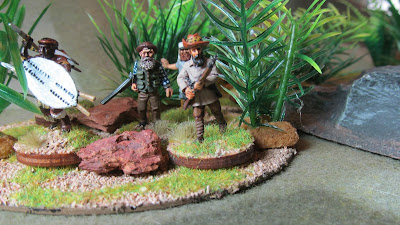 Physically, he is small, wiry, and unattractive, with a beard and short hair that sticks up. His one skill is his marksmanship, where he has no equal. Quatermain is aware that as a professional hunter, he has helped to destroy his beloved wild free places of Africa. 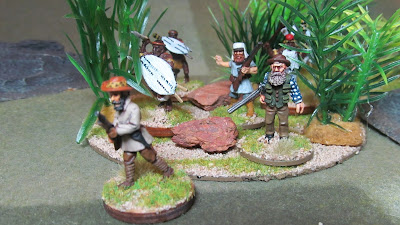 Quatermain becomes ensnared in the vengeance of of his arch-enemy Zikali, the dwarf wizard known as "The-thing-that-should-never-have-been-born" and "Opener-of-Roads." Quatermain has also encountered Ayesha, "She Who Must be Obeyed". 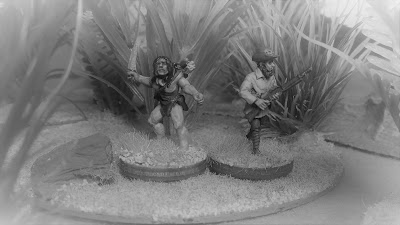 Rules for Quartermain for the game In Her Majesty's name can be found in Heroes, Villains and Fiends or on the site for the Ministry for Gentlemanly Warfare.
Posted by Neil at June 16, 2017