A Princess of Mars 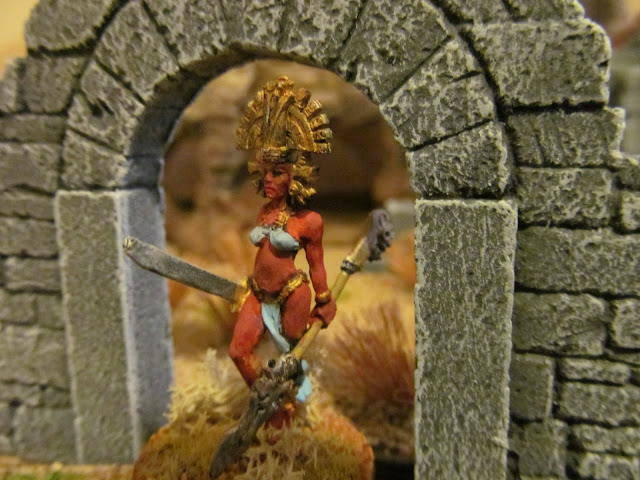 "She was indeed the proud daughter of a thousand jeddaks, every inch of her dear, precious little body; so small, so frail beside the towering warriors around her, but in her majesty dwarfing them into insignificance; she was the mightiest figure among them and I verily believe that they felt it"

Whenever I do research for a new army or genre of gaming, I always look for credible sources, the review of literature and especially primary sources. Fortunately for us, Captain John Carter of Virginia's adventures on Mars, or Barsoom as the Martians refer to their planet, were written down by Captain Carter and passed down to his nephew, Edgar Rice Burroughs. 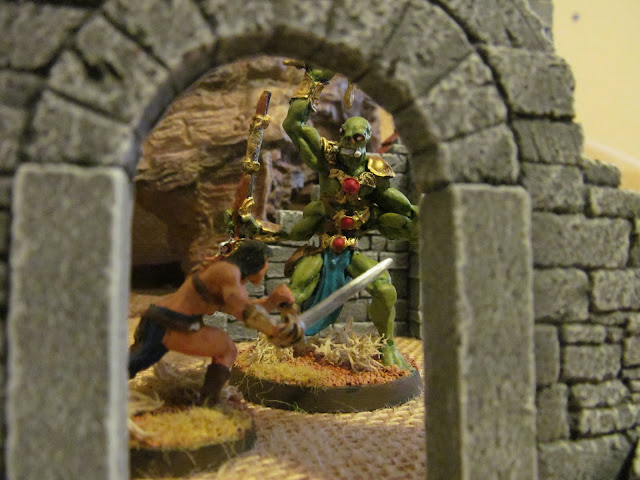 “There was one slight, desperate chance, and that I decided I must take--it was for Dejah Thoris, and no man has lived who would not risk a thousand deaths for such as she.”  From the journals of Captain John Carter

In trying to find a suitable figure for Dejah Thoris to go with my slowing expanding Barsoomian collection of figures, I noticed several times in his first journal A Princess of Mars how Captain Carter described her as a smaller woman - but one with the dignity and bearing of a daughter of a royal line of a thousand jeddaks. In my searches I was becoming disappointed as most of the Martian themed women tended to be sculpted as "pin-up" girls or buxom women in some ridiculous poses. And then I found Tin Man Miniatures and the figure Queen Althia; I had found my Dejah Thoris. I added a sword to her right hand and I thought she would be the perfect match for my John Carter figure. 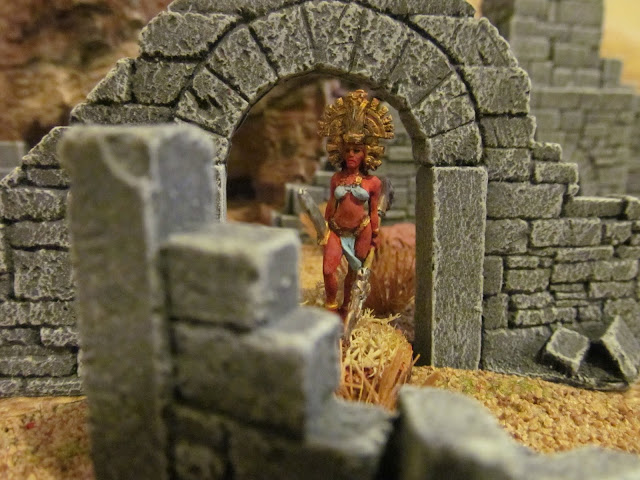 "I loved Dejah Thoris. The touch of my arm upon her naked shoulder had spoken to me in words I would not mistake, and I knew that I had loved her since the first moment my eyes had met hers that first time in the plaza of the dead city of Korad.” From the journals of Captain John Carter. 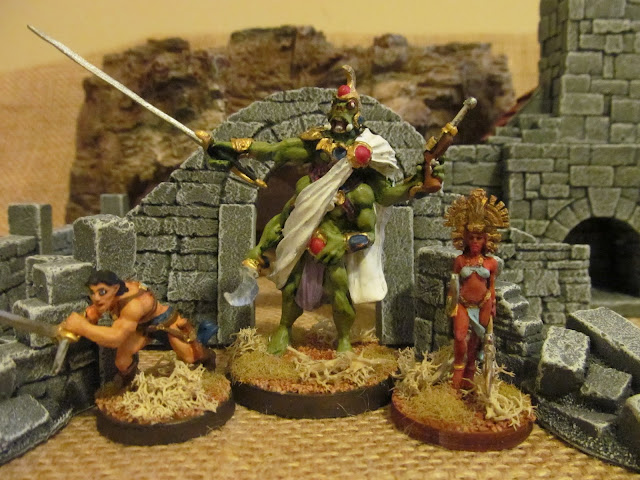 “So this was love! I had escaped it for all the years I had roamed the five continents and their encircling seas; in spite of beautiful women and urging opportunity; in spite of a half-desire for love and a constant search for my ideal, it had remained for me to fall furiously and hopelessly in love with a creature from another world, of a species similar possibly, yet not identical with mine.”  From the journals of Captain John Carter.