Figures of Christmas Past: Scrooge 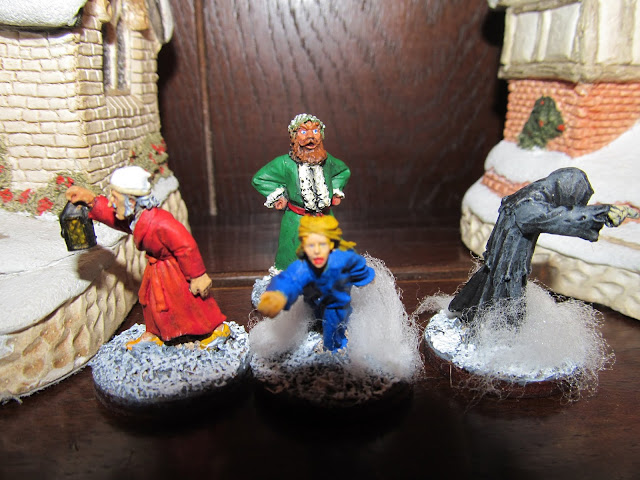 Remember that, and charge their doings on themselves, not us.” “And it was always said of him, that he knew how to keep Christmas well, if any man alive possessed the knowledge. May that be truly said of us, and all of us! And so, as Tiny Tim observed, God bless Us, Every One!”

These are from the  Brigade Games Victorian Age set consisting of those famous characters from Charles Dickens' A Christmas Carol. 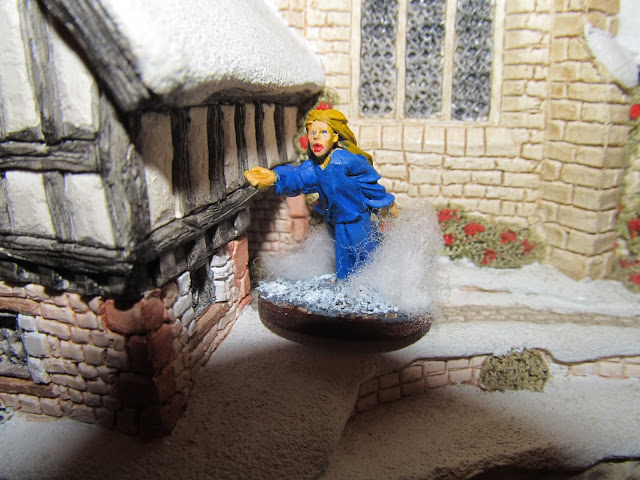 According to Dickens' novel, the Ghost of Christmas Past appears to Scrooge as a white-robed, androgynous figure of indeterminate age. It has on its head a blazing light, reminiscent of a candle flame, and carries a metal cap, made in the shape of a candle extinguisher. Since I decided to experiment with some blue and blue shading, I did not go exactly for the novel's description plus the figure is more of the Hollywood version anyway. 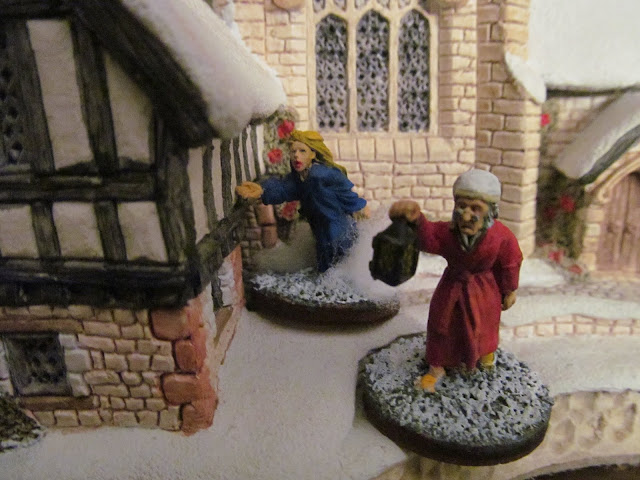 "These are the shadows of things that have been. That they are what they are, do not blame me!" 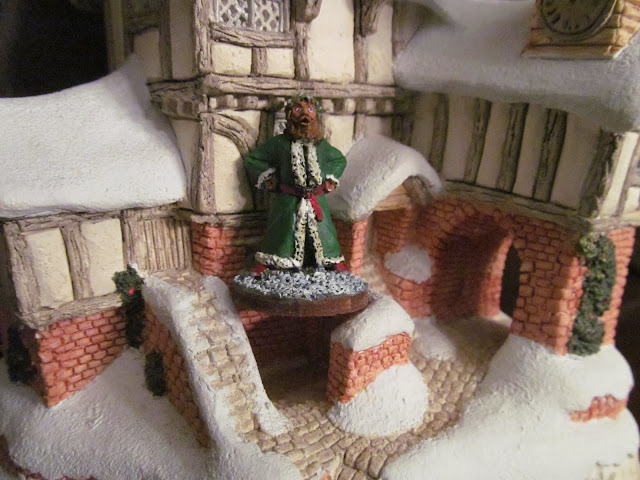 According to Dickens' novel, the Ghost of Christmas Present appears to Scrooge as "a jolly giant" with dark brown curls. He wears a fur-lined green robe and on his head a holly wreath set with shining icicles. He carries a large torch, made to resemble a cornucopia, and appears accompanied by a great feast. 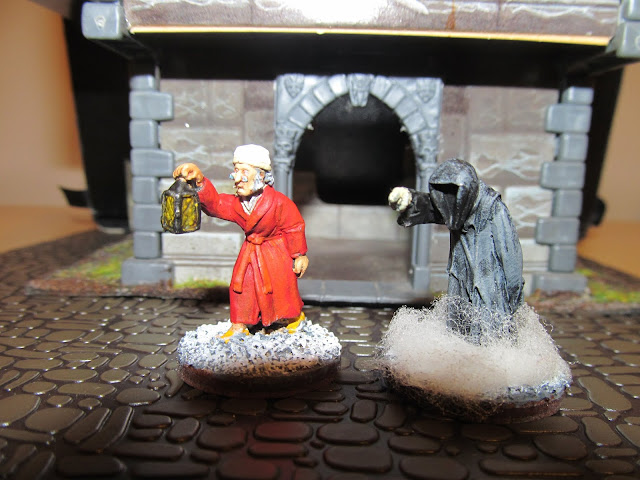 "The spirit then takes Scrooge to a rundown churchyard and shows the repentant miser his own grave; Scrooge then realizes that the dead man of whom the others spoke ill was himself.
Horrified, Scrooge begs the ghost for another chance to redeem his life and "sponge away the writing on this stone".