It's that time of the year so I've been working on house projects and doing my spring gardening. As a result, the poor boys from Anhalt have been somewhat neglected. 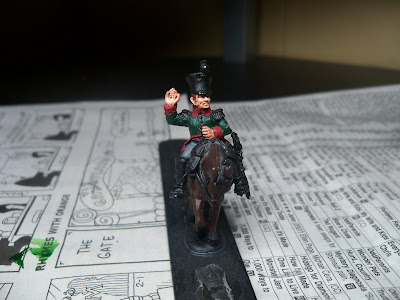 This officer figure will be on the Volley and Bayonet brigade base to add some variety. As mentioned in a previous post, this is a Wargames Foundry mounted French officer. His uniform is very similar to what Anhalt line officers wore.

Here are two brigade bases for the French army that I have already done with mounted officers: 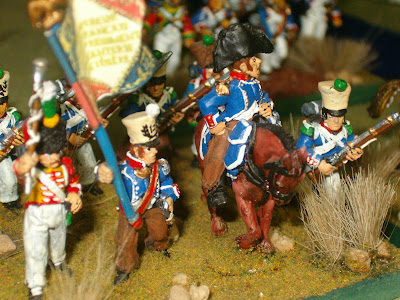 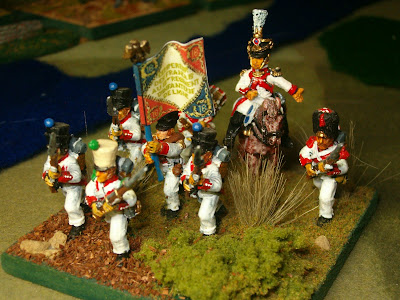 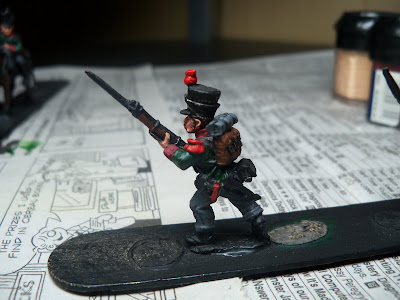 Grenadier of the Anhalt battalion. All of the figures are going to be painted as belonging to the grenadier company. The French figures I am using are not an exact match in uniform detail, but they are close enough for gaming purposes. 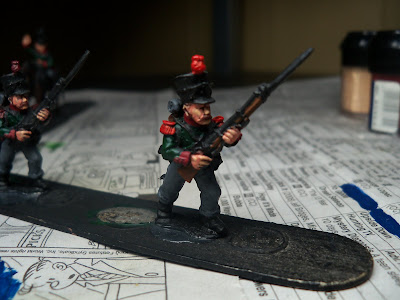 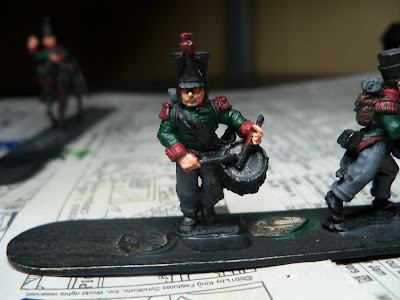 So far I have not found too many details on drummers in the Anhalt army. His uniform may end up as one of pure conjecture. Then again, many drummers were uniformed based on the whimsy of their commander - so why not?
Posted by Neil at March 26, 2011