Ever since I read Rosemary Sutcliff's novels about ancient Britain (The Eagle of Ninth, The Silver Branch, The Lantern Bearers, The Sword at Sunset, The Shining Company, etc!) I have had a fascination with the Late Roman era in the West and Dark Age Britain.  With the publishing of Dux Bellorum I have found a game that I truly enjoy for gaming a period that I enjoy so much.

I have completed my first army and now it is time to show off! 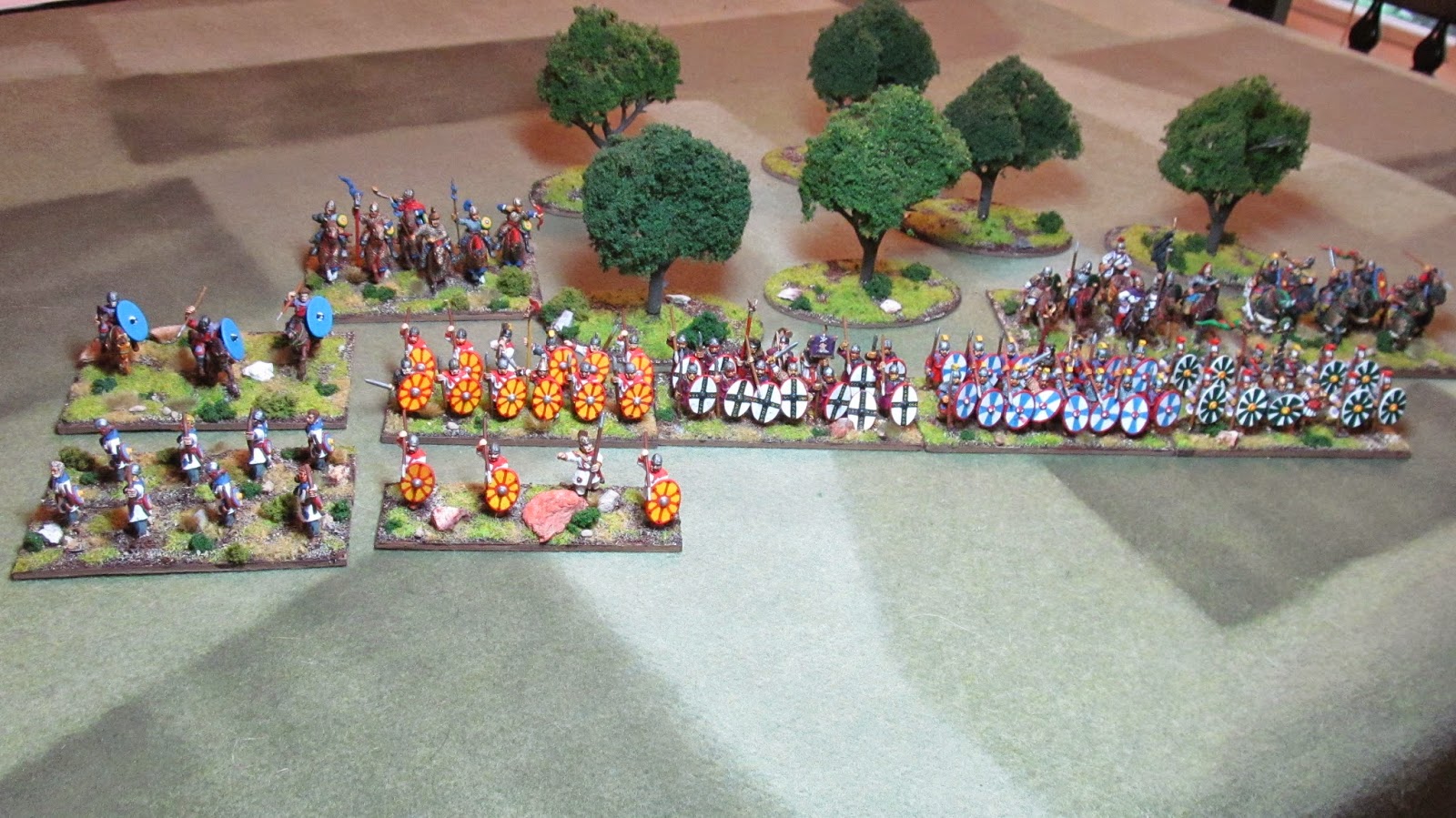 The might of a Rome, starting to fade but still packs a punch.

My General and Dux Bellorum (Leader of Battles) with his mounted comitatus. 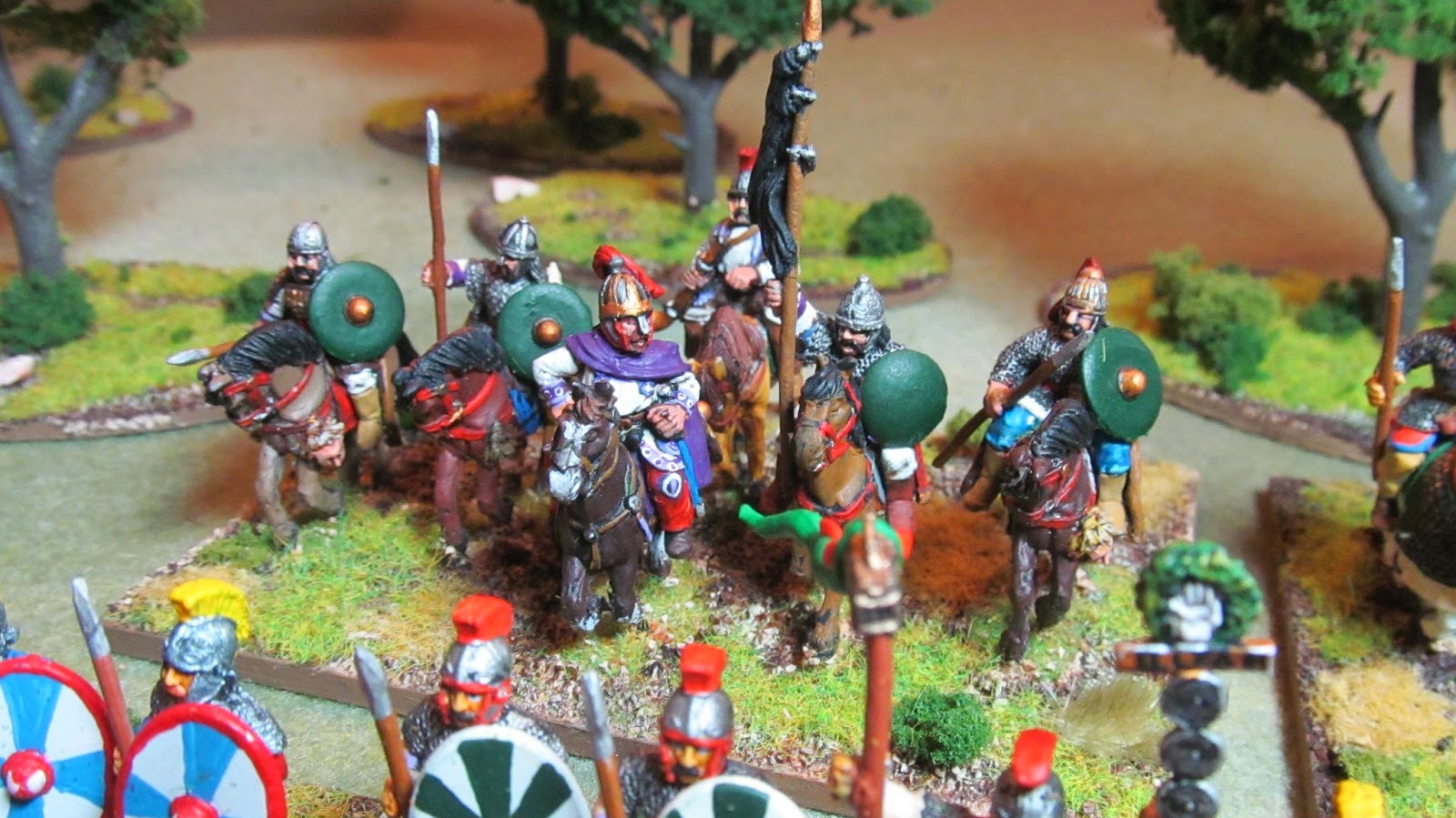 The bulk of the Roman infantry is "Shield wall".  They can be superior infantry ("noble" in game terminology),ordinary or a combination or the two. I have four units for my army. 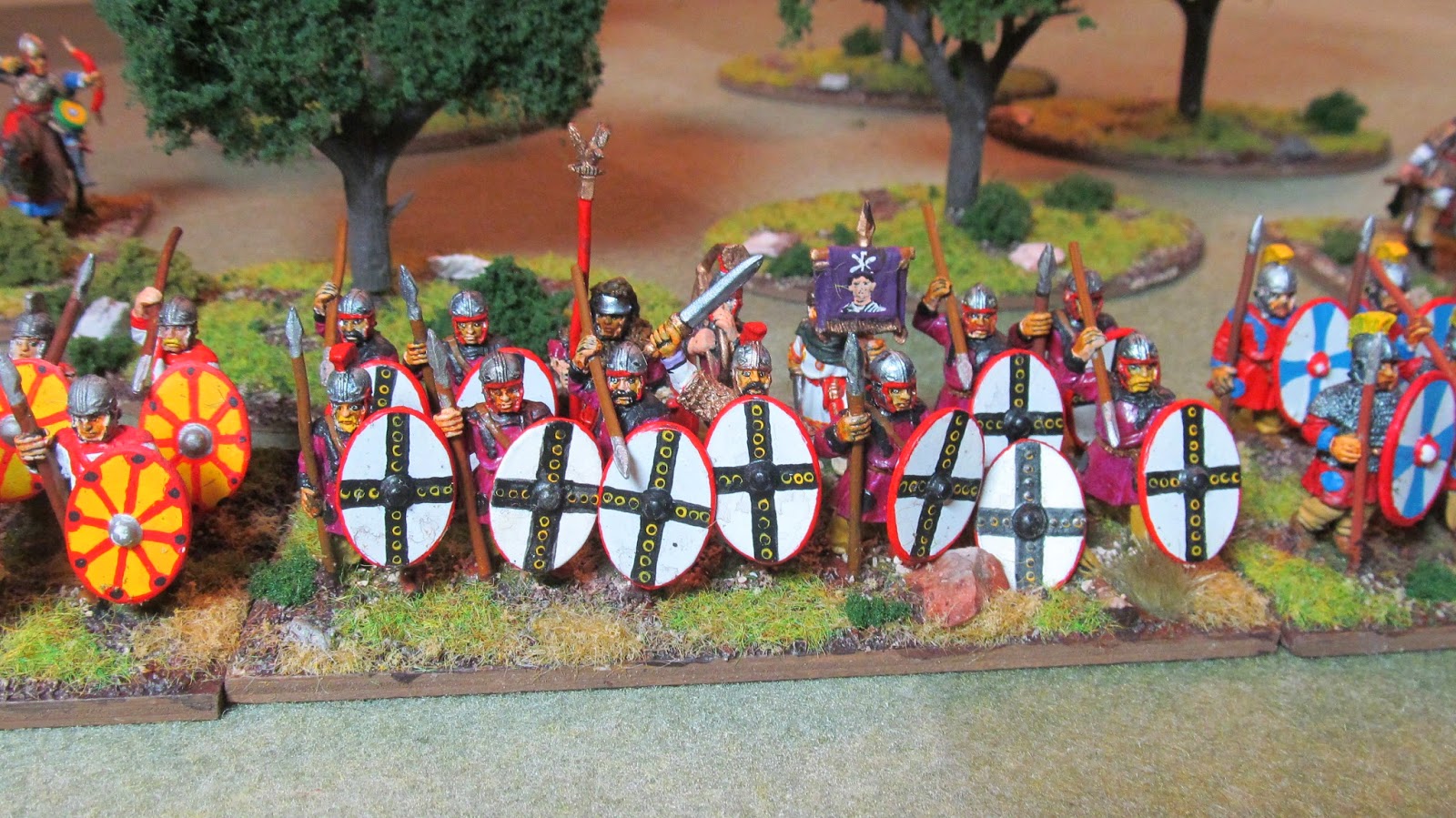 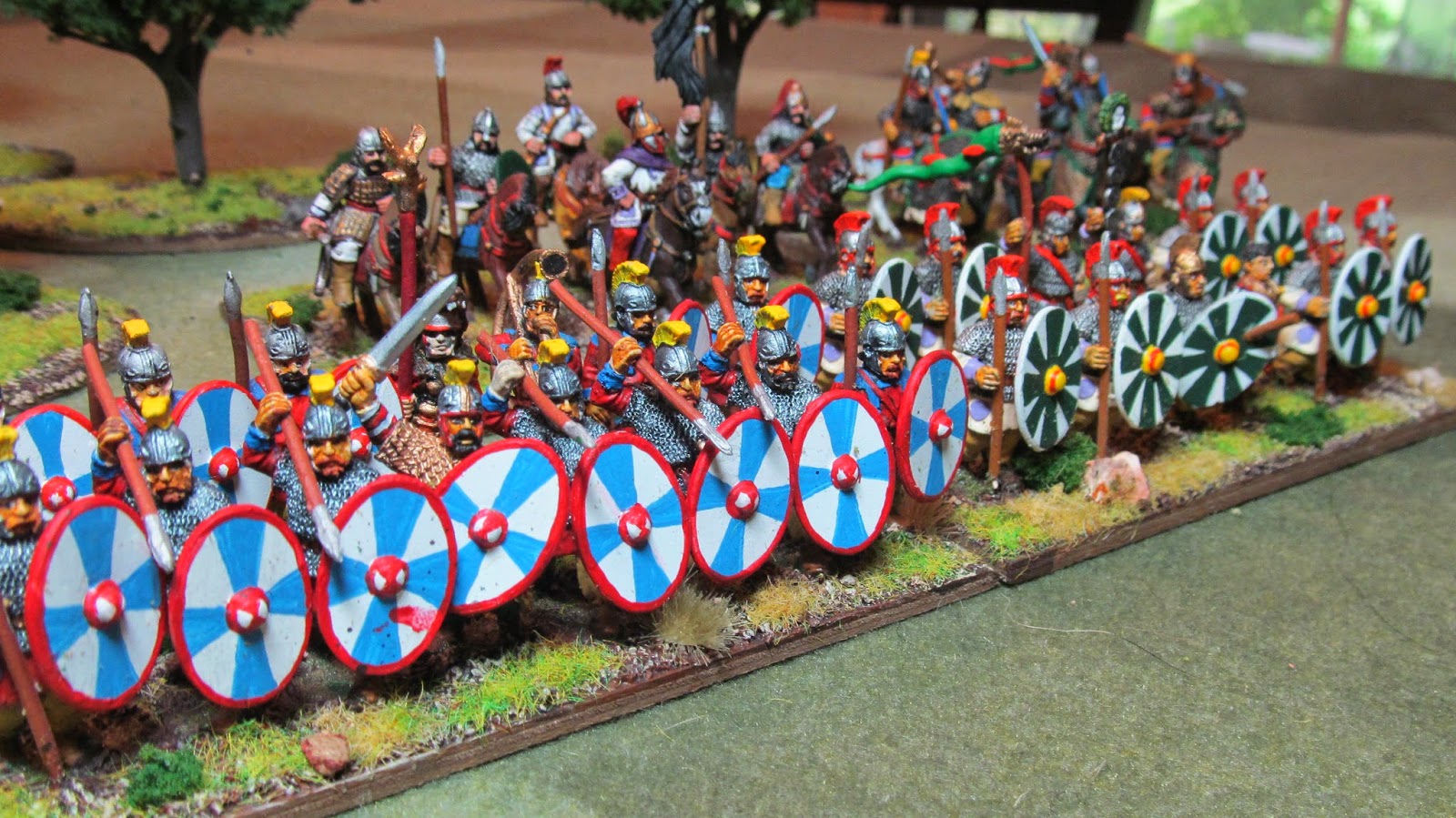 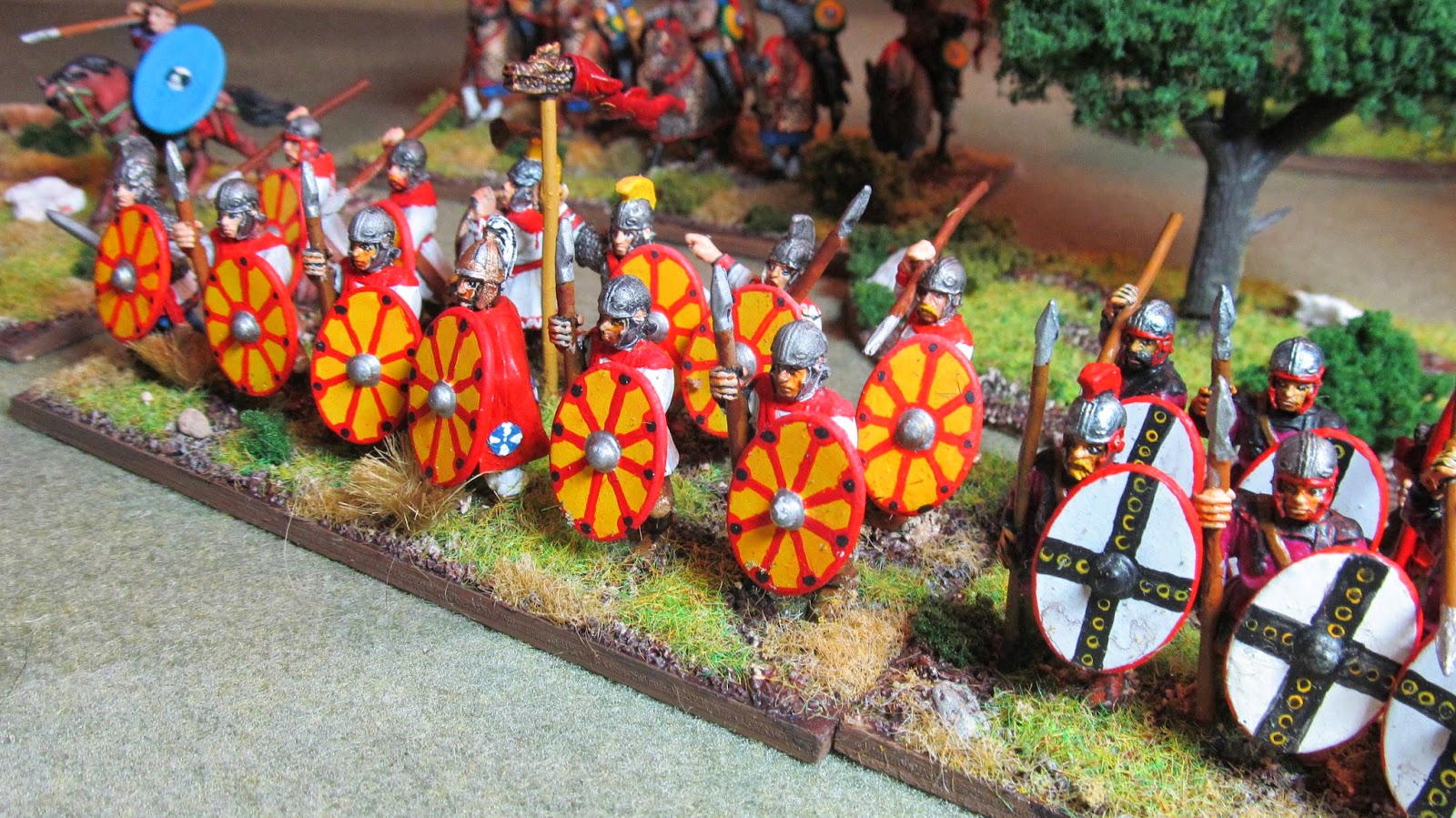 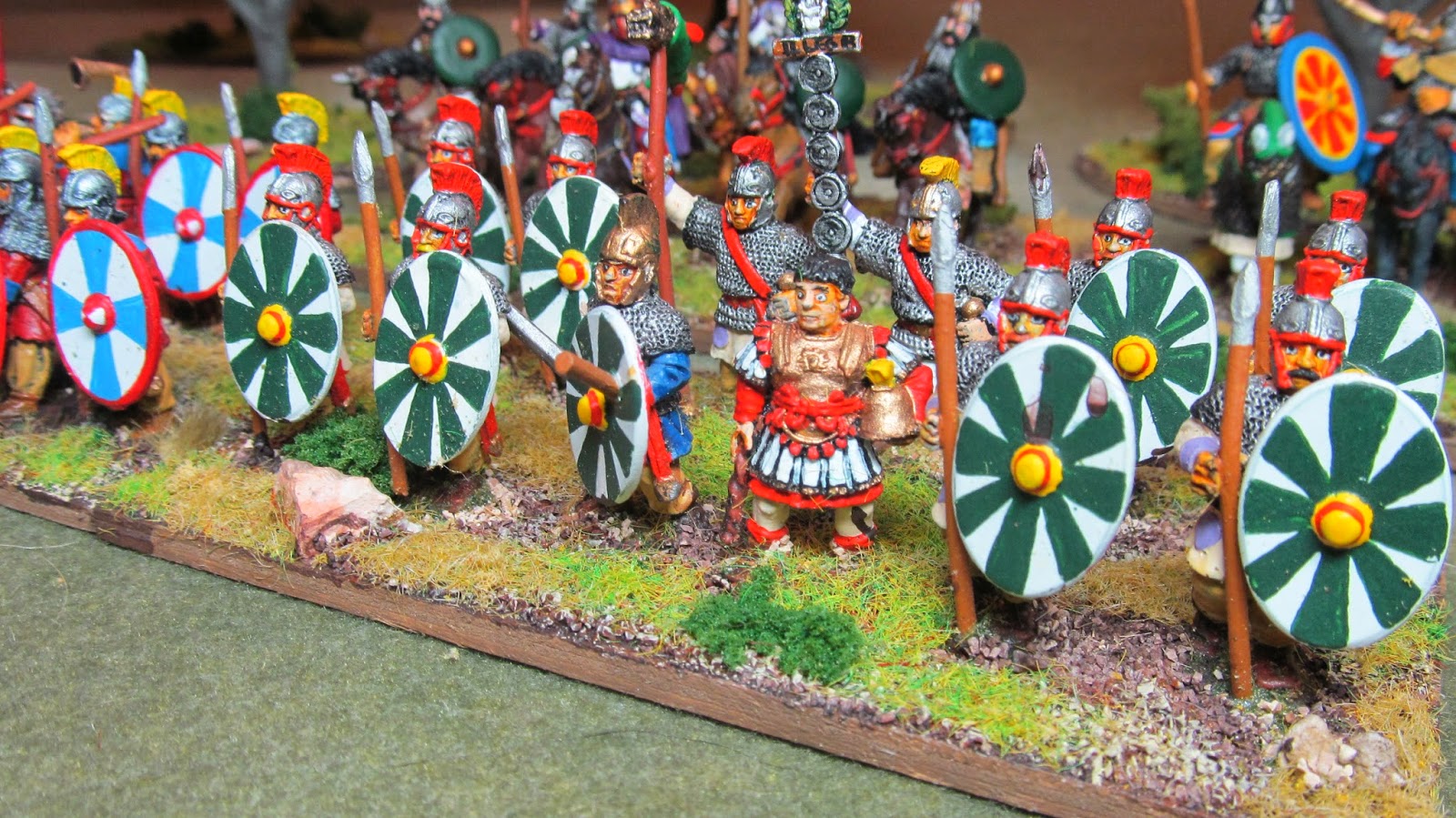 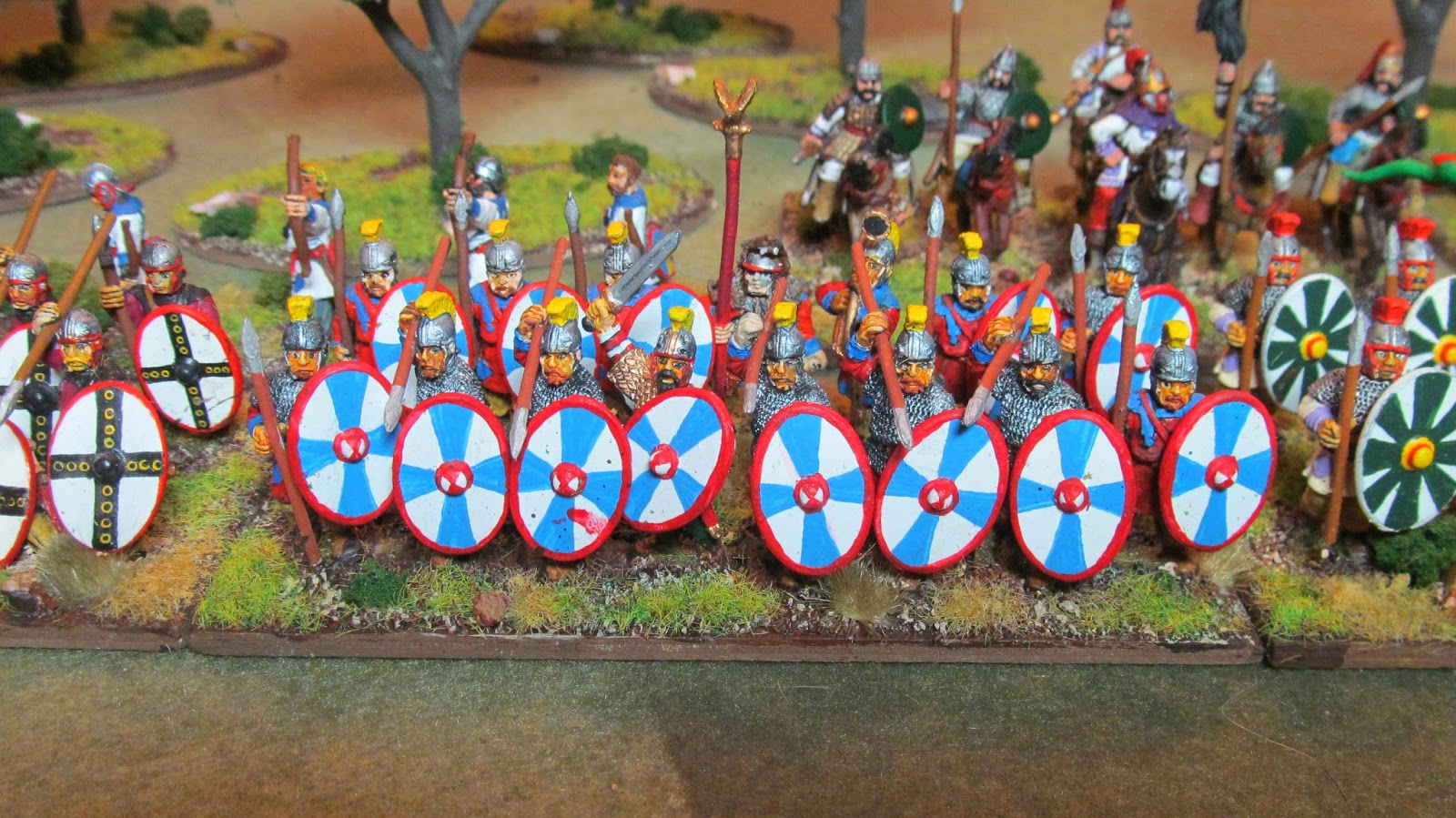 I have three cavalry units:  Cataphract (though actually they are modeled as the Clibinarri with bows), Riders and mounted Skirmishers with javelins. The riders can also be superior cavalry ("nobles"). 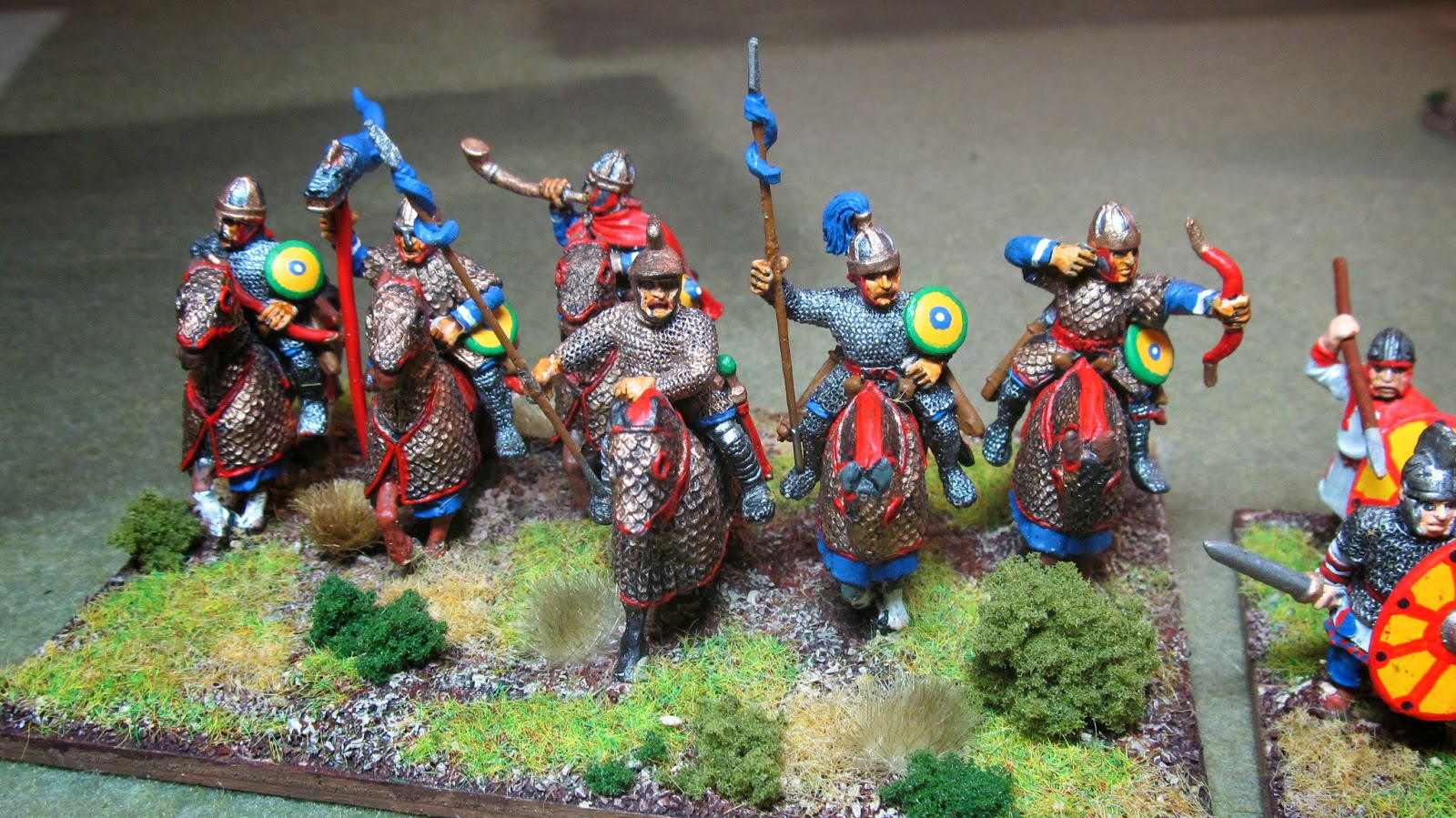 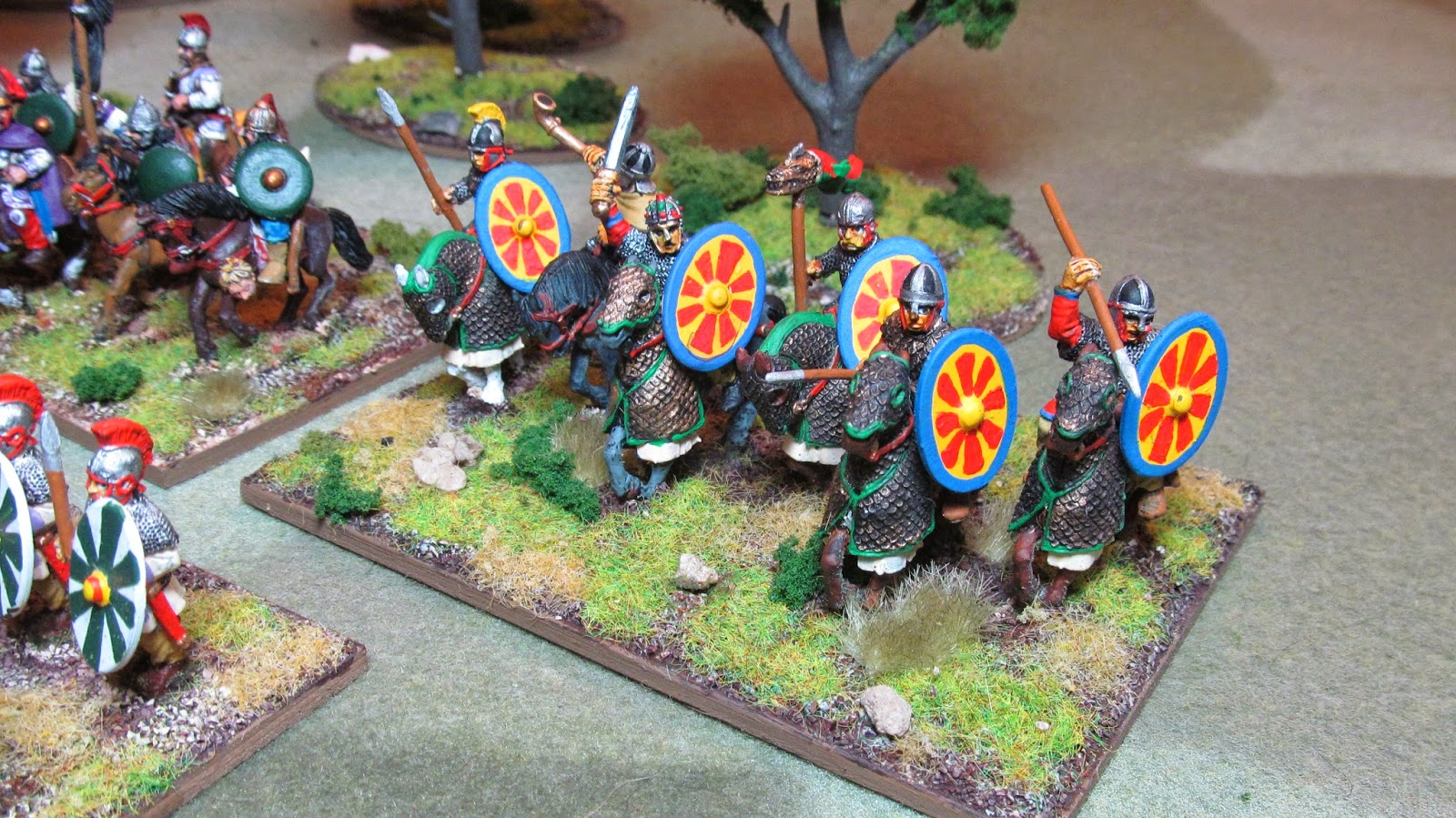 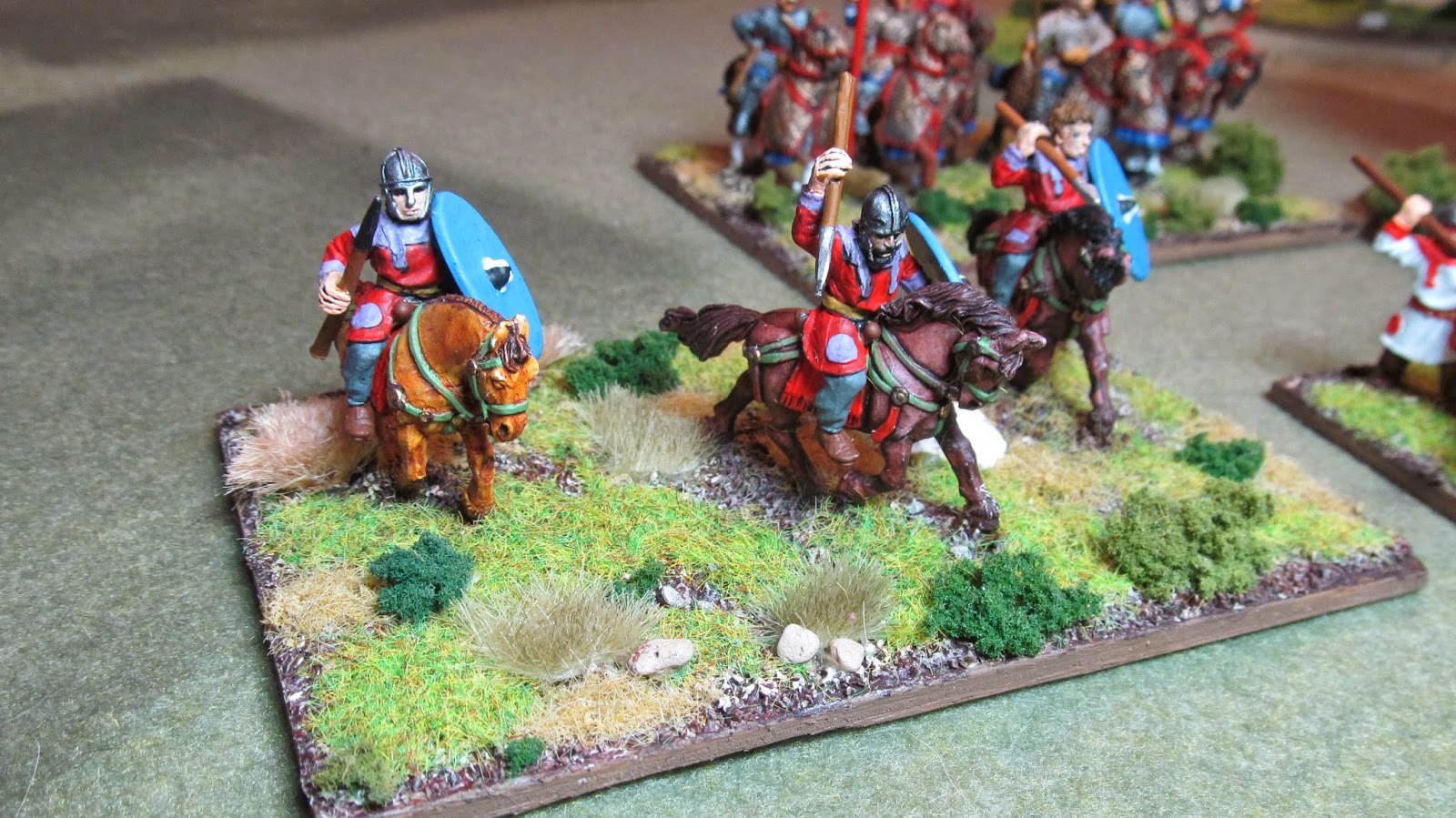 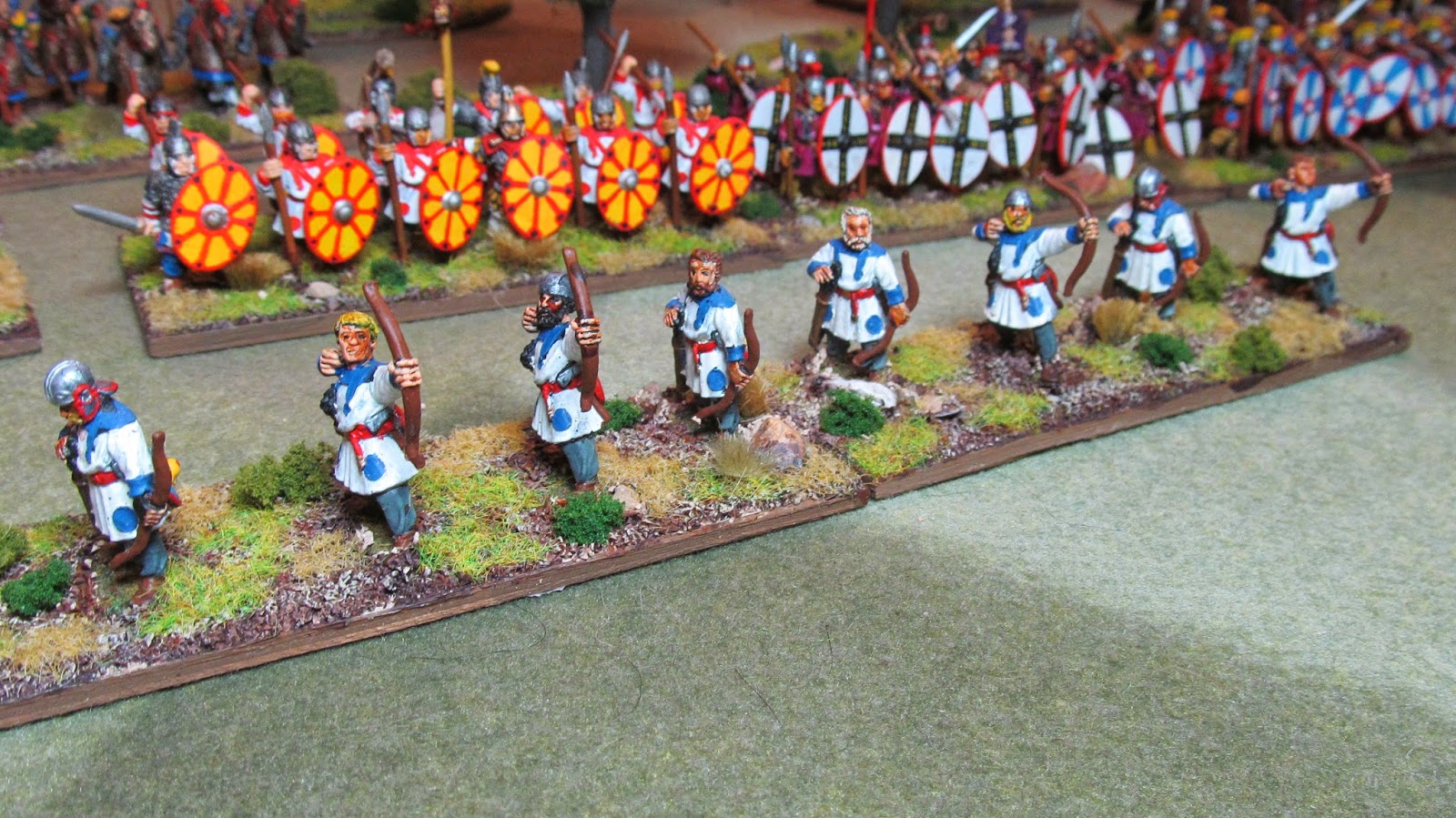 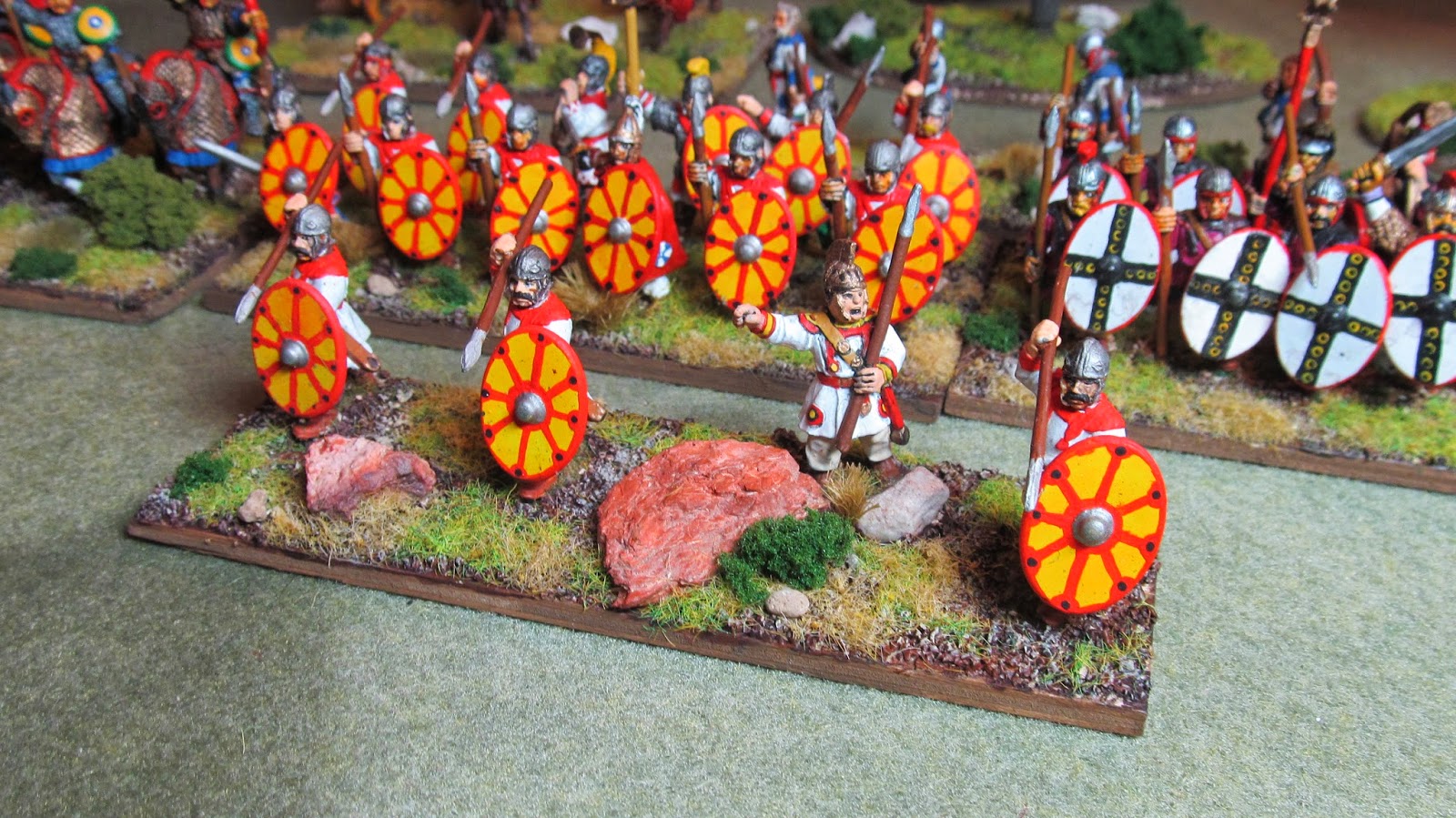