I have finished the general and his companions for my Late Roman army for Dux Bellorum.  Suitably attired as befits a nobleman of his rank, he and his comitates are ready to take on all comers during the twilight of Roman Britain. 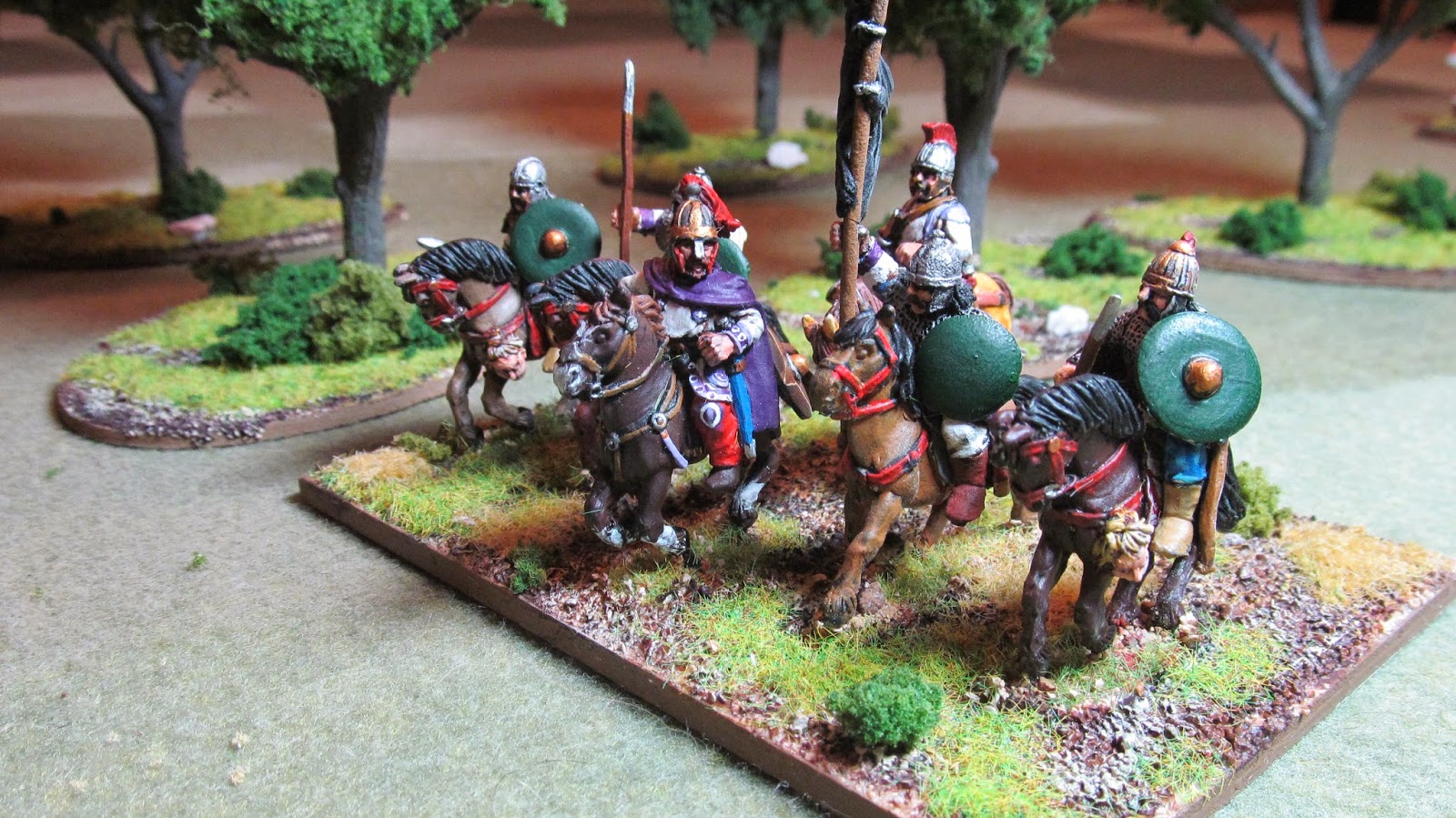 Bases are 120 mm x 80 mm and figures are from Wargames Foundry. 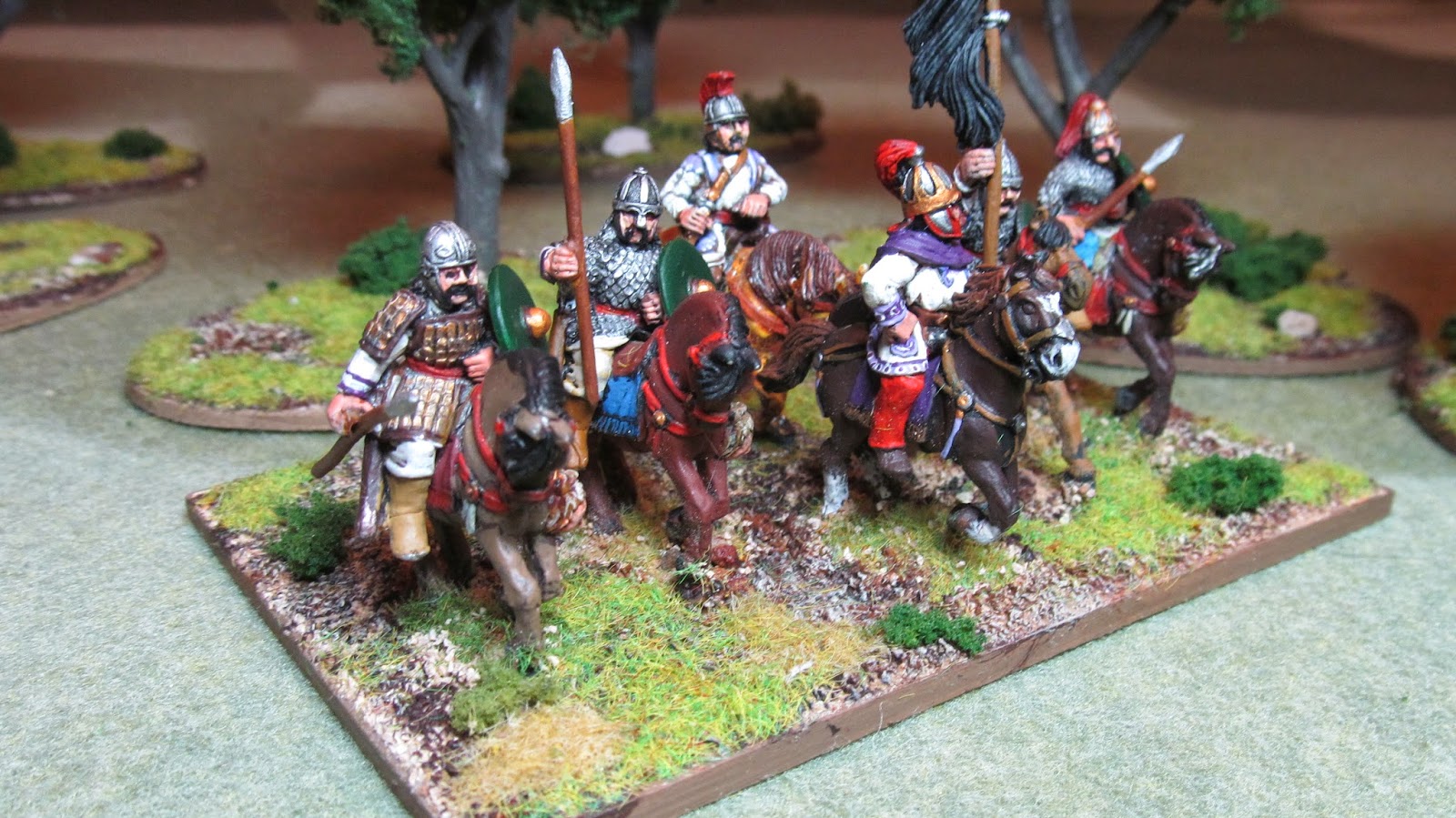 I also finished by first Late Roman "Shieldwall" infantry.  For Britain it had to be the 2nd Britannia. 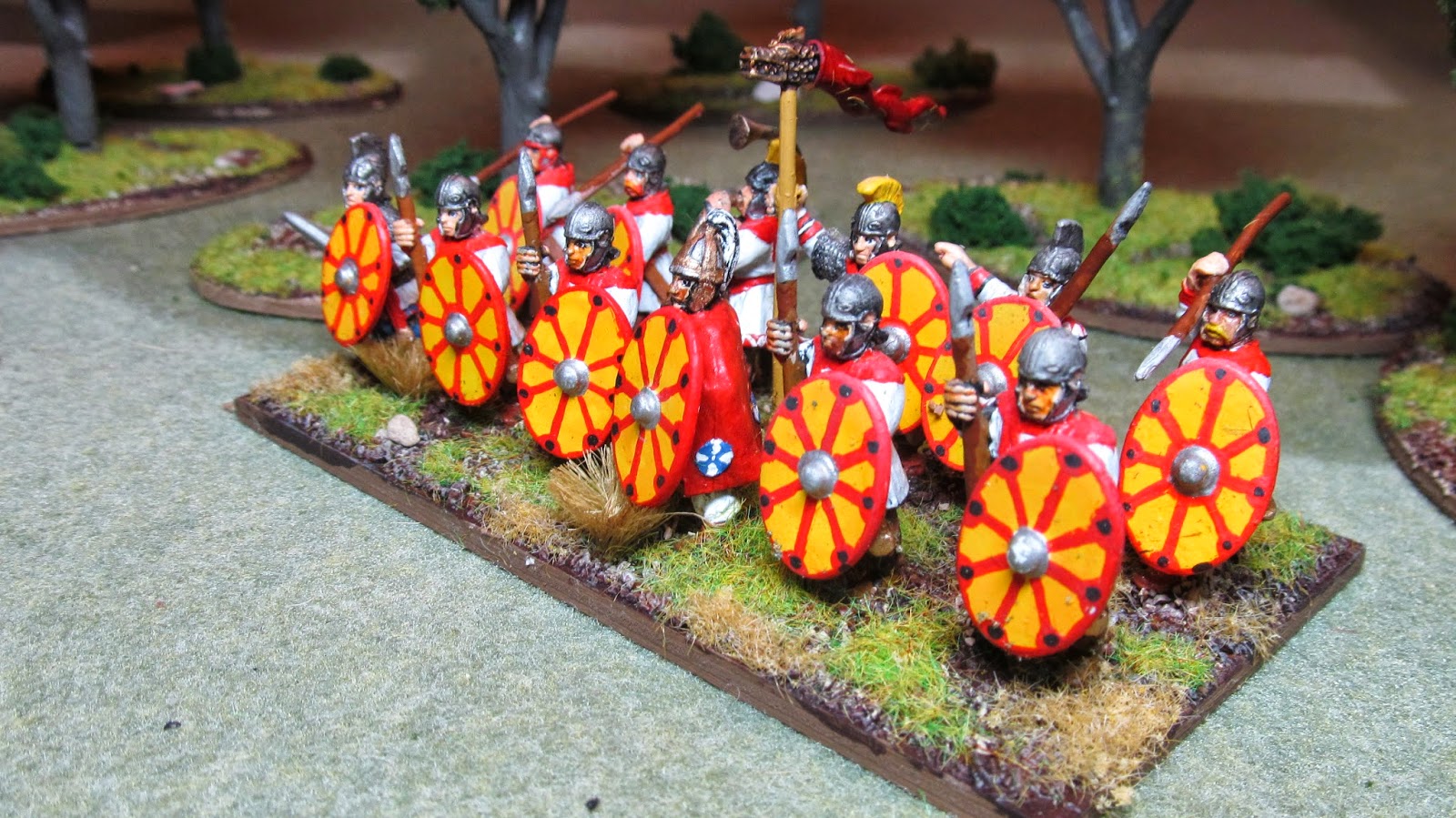 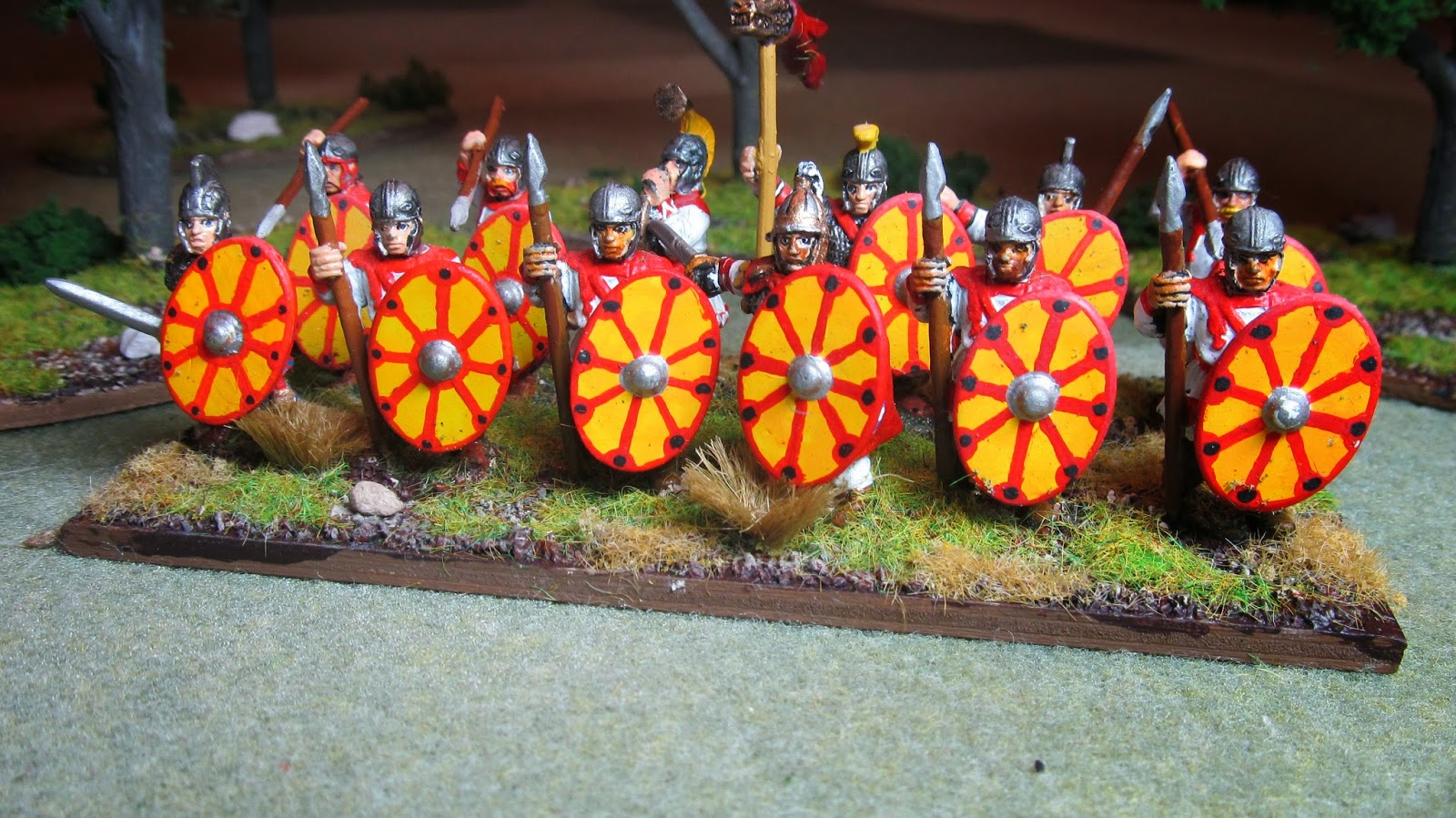 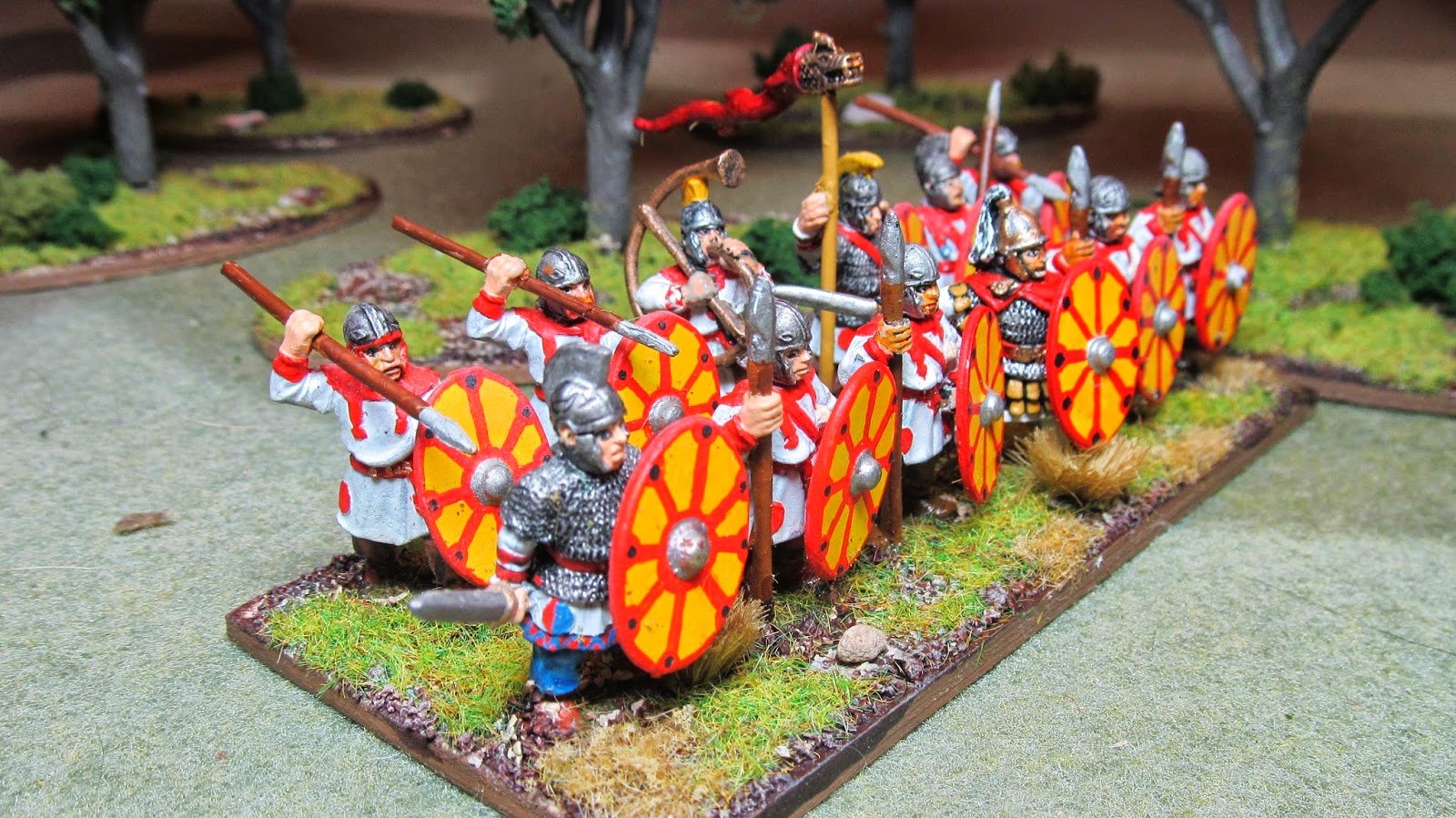 I had a few figures left over as part of the re-basing project which I was able to use as skirmishers armed with javelins. 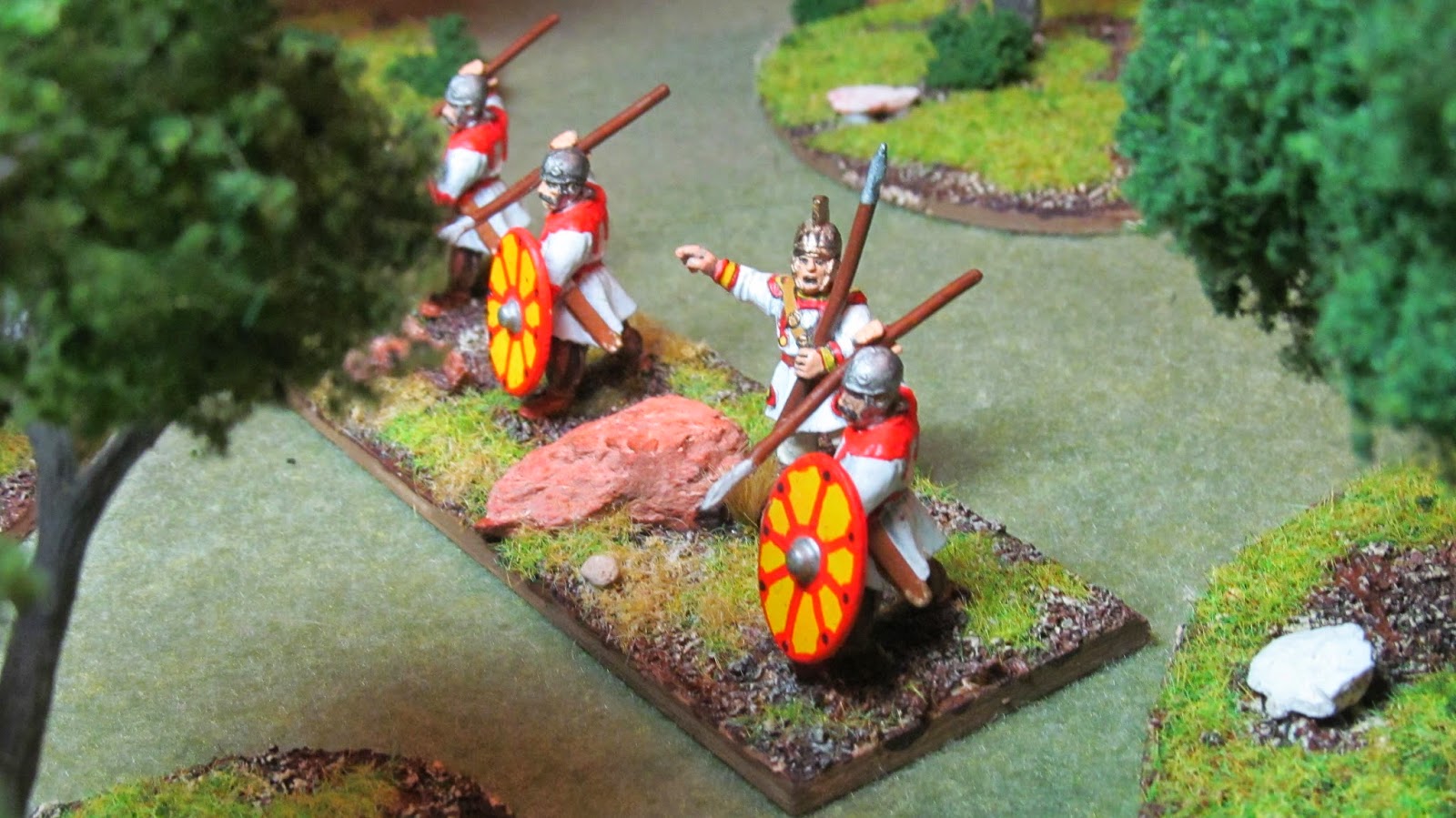 My skirmish infantry is mounted on bases that are 120 mm x 40 mm. 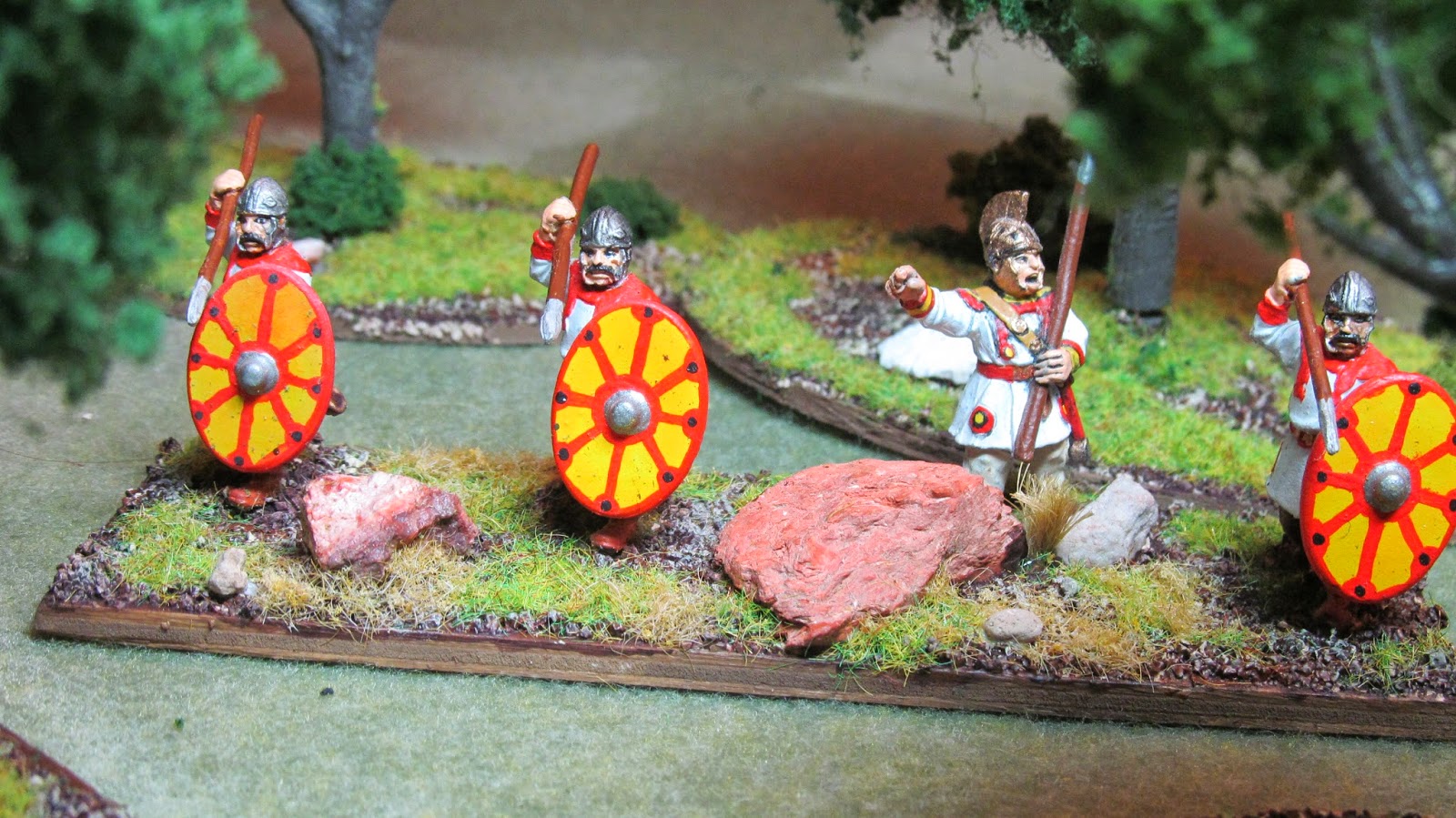 So far I am very pleased with the new basing and touch-up of figures that I painted about 14 years ago.  Hopefully the basing project for both the Late Romans and Early Era Saxons will be finished within the week.
Posted by Neil at June 17, 2014