Nothing like a new job and business travel to keep you off the tabletop but I was able to recently play a game of Dux Bellorum. 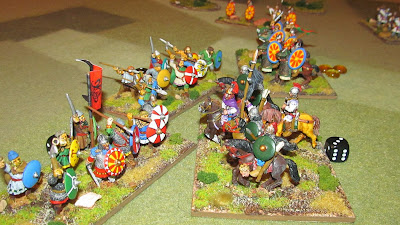 Dux Bellorum is a great, fast past set of rules written by Daniel Mersey and published by Osprey Wargames that allows you to re-fight the Dark Ages in Britain from the Late Roman period up to the year 800 AD. 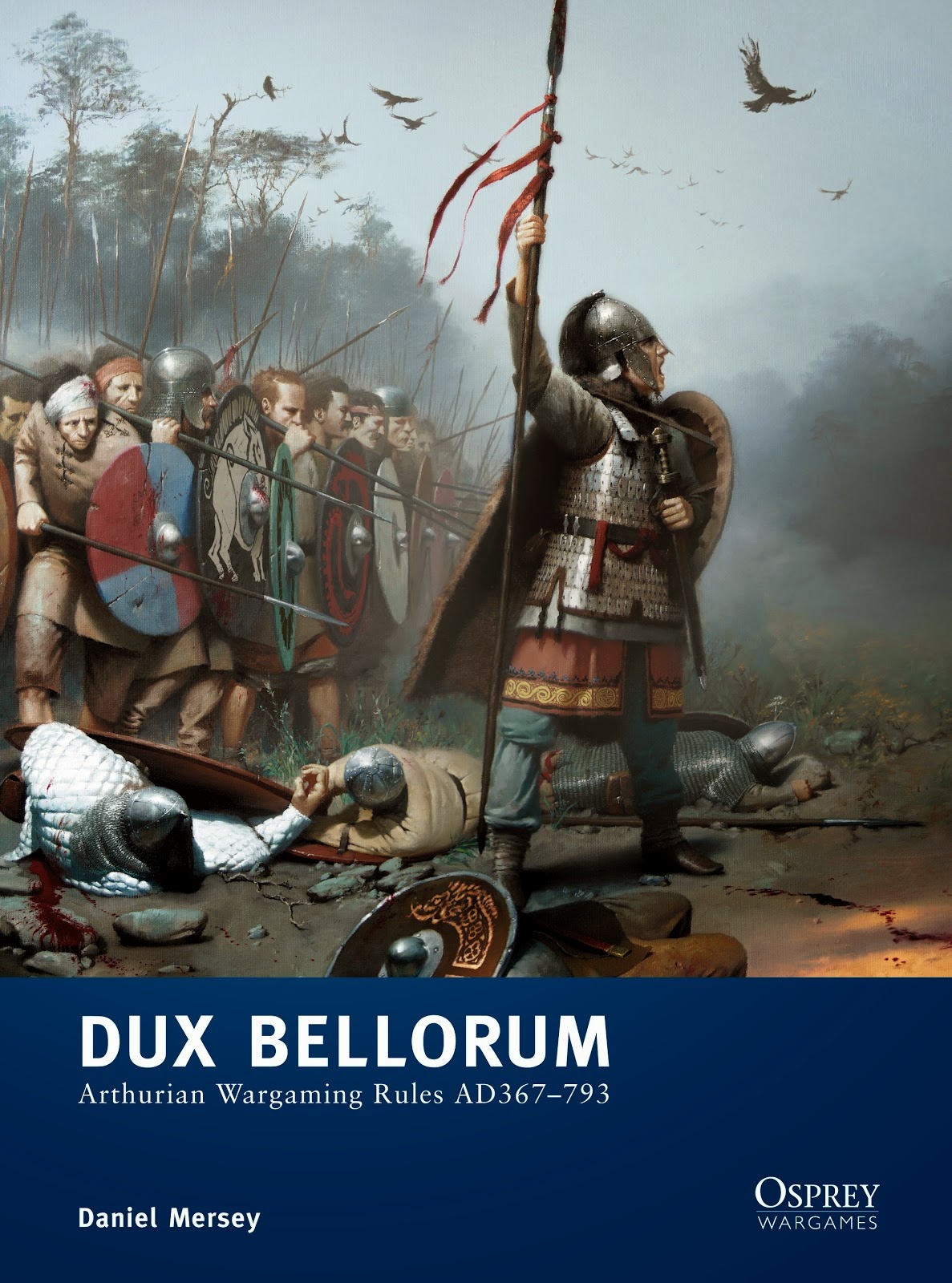 Armies are element based and can be of any scale; movement and ranged combat is my base width (BW) allowing any figure scale or basing mechanism. In issue 62 of Wargames Soldiers & Strategy I read a Dux Bellorum article by Steve Jones in which his armies are mounted on 120 mm width bases but he uses 4 inches as the BW for convenience.  I decided to follow suit, mounted the armies on their bases and created my own measuring stick with a wooden dowel. 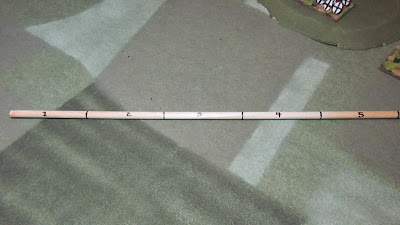 My measuring stick.  Nothing fancy but it gets the job done.

The battle fought is a fictional encounter between a Late Roman Army catching up with Saxon raiders ravaging the province of Britannia.The scenario would be the Annals Battle with each side having 32 points and a simple goal: Rout the enemy.

The Late Roman Army: I envisioned this force as the cream of the Roman army stationed in Britain with excellent cavalry and solid infantry. 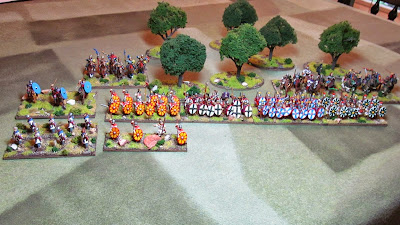 Late Roman Army.  This is the force minus one of the Shieldwalls.

1 Mounted Companions: 5 points.  This is the Roman general and his personal retinue of Huns!
1 Cataphracts: 6 points. Well, I have some painted so why not?
1 Noble Riders: 5 points.  Veteran and well mounted cavalry.
1 Mounted skirmisher: 2 points.  Armed with javelins, these local auxiliaries have been tracking and keeping an eye on the Saxon dogs.
3 Ordinary Shieldwall: 9 points. Solid Roman Infantry.
2 Foot Skirmishers: 2 points.  One unit armed with javelins and the other with bows. 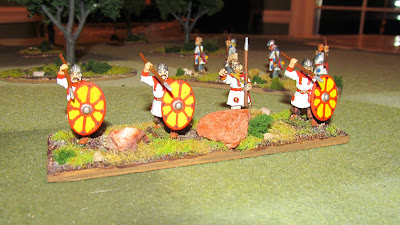 Strategy and Tactic: Imposing Horseman: 3 points. Adds +1 die when the cavalry contact (charge) the enemy. Cataphracts and mounted skirmishers do not get the bonus. 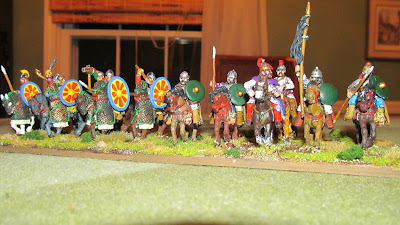 Hoping to ride down the Saxons.

Early Saxon Army:  An elite raiding force trying to make a get away. 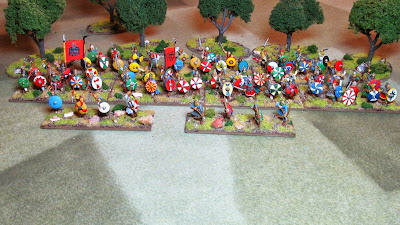 My Saxon Army . . . but no skirmishers for you this time! 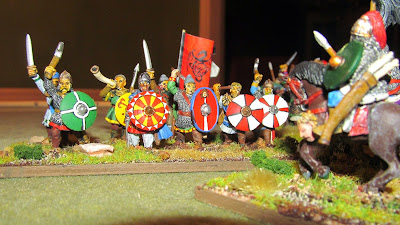 The Saxon Warlord and his Companions.

Strategy and Tactic: Loyal: 3 points. One of the Noble units increases its Bravery to 10 for the entire game. 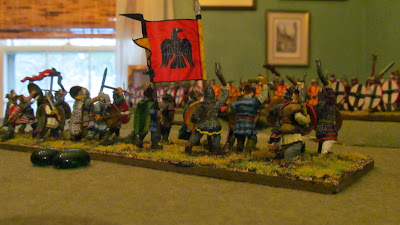 The Loyal relatives of the Warlord get to carry the big flag.

Next up:  The Battle, why you should not charge solid infantry with your cavalry, skirmishers and much more. 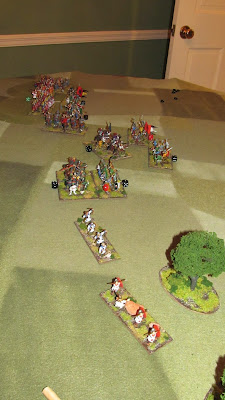