After a serious dressing down by the Colonel of the Regiment, Boye the War Poodle, I finally ordered some Gale Force 9 static grass to replenish my supply. Finally, after sitting in the depot for over 2 months, Talbot's Regiment is now complete and fully mustered! Time to join the King's Oxford Army. 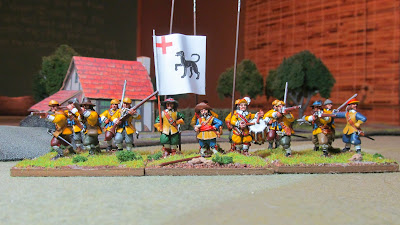 The officer with the clay pipe is from Wargames Foundry that I picked up on eBay. 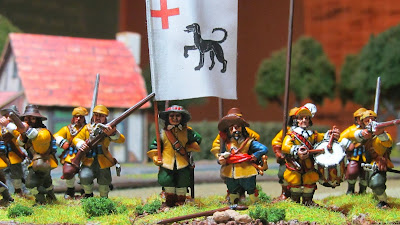 Close up of the command group. Ensign is a converted hard plastic pikeman from Warlord Games and the drummer is from one of Warlord Games' metal command packs.

Talbot's Regiment was originally recruited in Ireland and was further reinforced with English troops once they arrived to join the King's Oxford army.  As part of their refitting, I decided to give as many of the Warlord Games hard plastic troops Montero caps which were not only popular, but were issued to many regiments in Oxford. 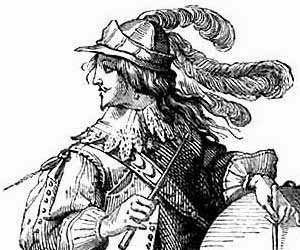 Contemporary Illustration of a drummer in Montero Cap. 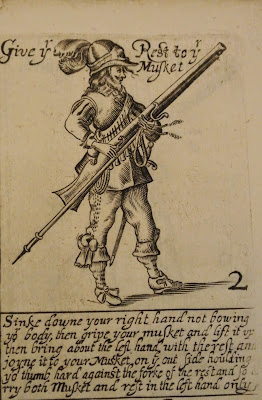 A musketeer with Montero from The Military Discipline wherein is Martially Showne the Order for Drilling the Musket and Pike, published by Thomas Jenner, London 1642. 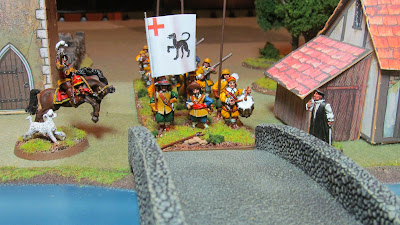 The Regiment passes in review in front of Colonel Boye the War Poodle. 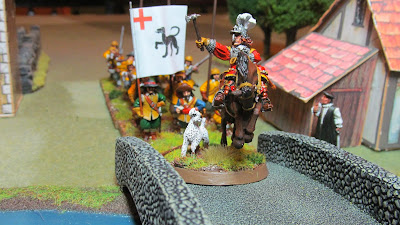 The Colonel of the Regiment, with mounted escort, takes the lead at the front of his regiment.  Like other Colonel's of his day, Boye would not personally lead them in combat as he has higher command functions in the King's army. 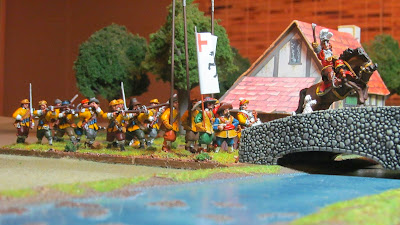 Another view from across the river. The musketeer to the left playing the fife is a conversion illustrating one of the advantages of hard plastic miniatures.