I can't wait for Daniel Mersey's latest set of historical rules which are scheduled for publication in August 2016. It will be a set of Colonial rules titled The Men Who Would be Kings. Figures are mounted individually for casualty removal but fight as a unit. Knowing Daniel's track record and the play tests I have read I am going to step out and predict that this will be another success. 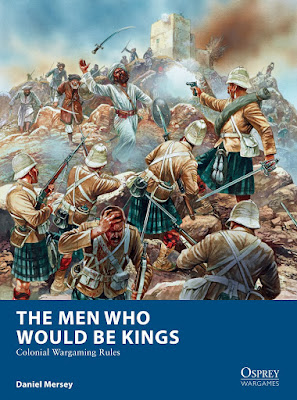 To get a head start, I'm going to start painting units for the Anglo-Zulu War.  I used to have a 15 mm Zulu army and played regularly in this period in the 1990's with the good chaps of the Fort Monroe, VA area.  This time around I am going to do it in 28 mm primarily with miniatures from Warlord Games/Empress miniatures.  To get me started, Honorable Son #1 (The Librarian) and his wife The Future Doctor sent me "The Defenders of Rorke Drift" from Warlord Games/Empress Miniatures. This is the Hollywood versions of  the sullen but doughty Private Hook; VC, the stoic but reluctant Lt. Chard, VC; the dandy English gentleman Lt. Bromhead,VC; and the unflappable bayonet fighting Colour Sgt Bourne, DSO. 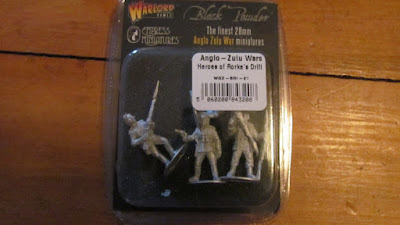 This is my first experience with Empress Miniatures and needless to say I am impressed.  I have long admired the photos of their Anglo-Zulu, English Civil War and Indian Mutiny and the actual miniatures do not disappoint.  I now have miniature representations of James Booth (Private Henry Hook, VC),  Michale Caine (Lt. Gonville Bromhead, VC), Stanley Baker (Lt. John Chard, R.E., VC) and Nigel Green (Colour Sergeant Bourne, DSO).

Here are the figures with a black wash applied as primer which also allows the detail to stand out.  I have done the flesh with a base of Brown Flesh (GW) with Dark Flesh (Vallejo) over. 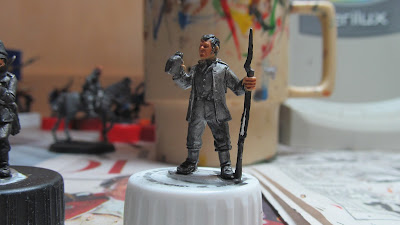 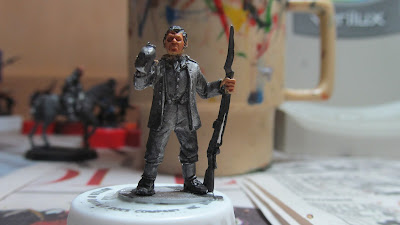 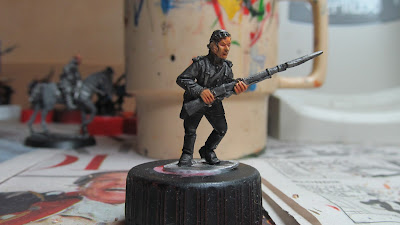 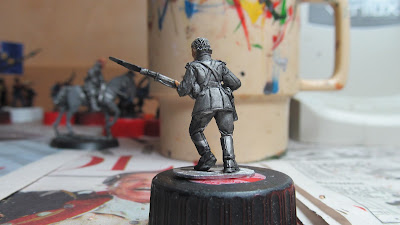 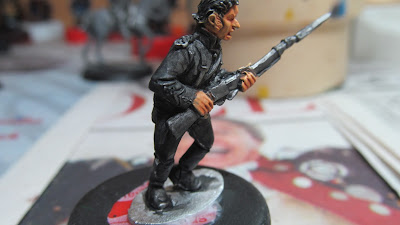 Note the sleeve details with the knots!  Impressive! 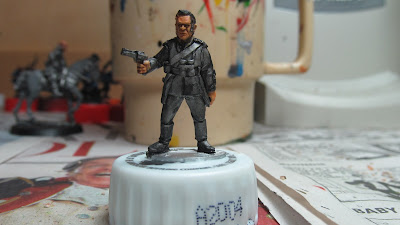 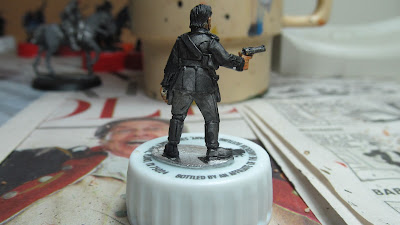 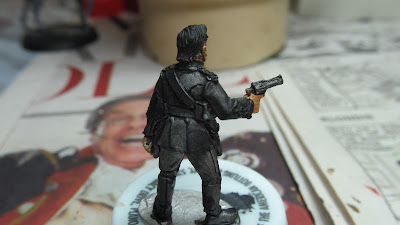 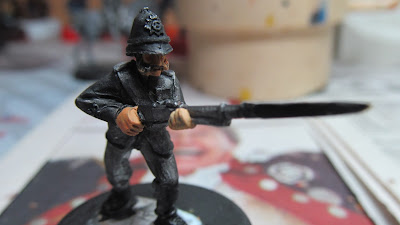 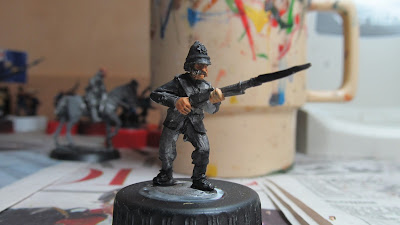 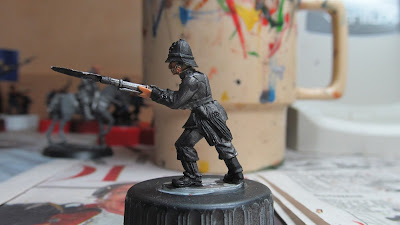 One last toast from Henry Hook! 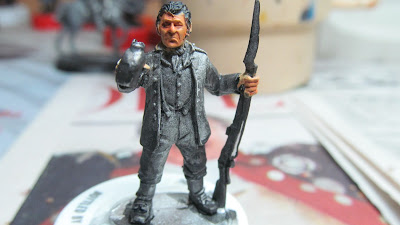 Email ThisBlogThis!Share to TwitterShare to FacebookShare to Pinterest
Labels: Anglo-Zulu War, Colonial Gaming, Empress Miniatures, The Men Who Would be Kings