Lady Poppington's expedition comes with four Naval Brigade figures that are easy to paint and I think animated quite well. 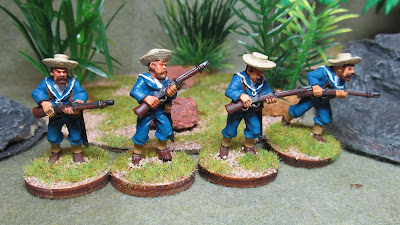 A naval brigade is a body of sailors serving in a ground combat role to augment land forces. 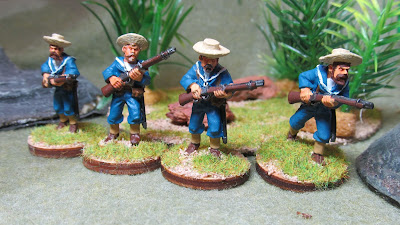 Within the Royal Navy, a naval brigade is a large temporary detachment of Royal Marines and of seamen from the Royal Navy formed to undertake operations on shore, particularly during the mid- to late-19th century. Seamen were specifically trained in land-based warfare at the gunnery school at HMS Excellent in Portsmouth. 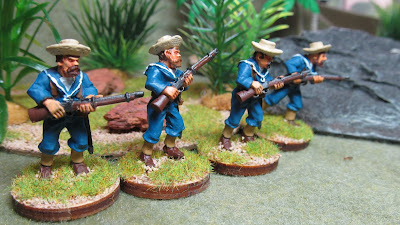