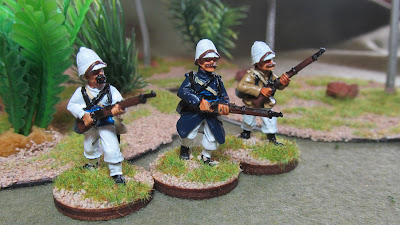 When North Star Military Figures was having a clearance sale, I ordered a company of Artizan Designs French Foreign Legion in white fatigues.  When the package I arrived, and I stopped drooling (yes I love Artizan), I noticed that not all 24 figures were figures in white fatigues.  I had 8 figures that were incorrect:  4 figures in great coats and 4 figures in Troupes Colonial uniform.  My first reaction was "Dang it!" but then I thought it would give me a good opportunity to make two 12 man companies look slightly different.  One of the companies would be in white fatigues and the other company would be a mix of white fatigues, great coats and the Troupes Colonial Uniform. 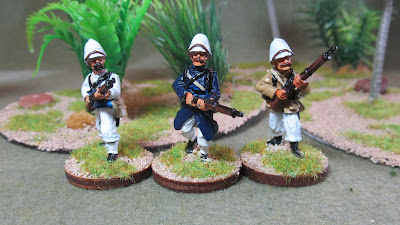 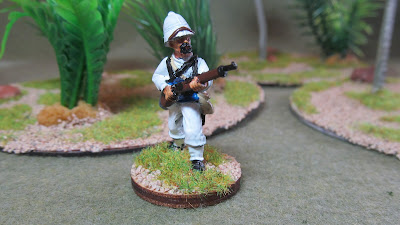 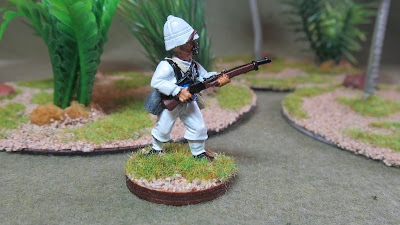 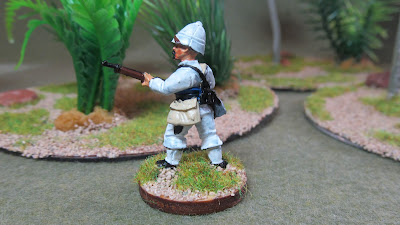 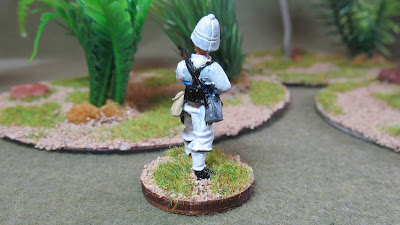 Painting virtually an all white uniform is tougher than it looks! 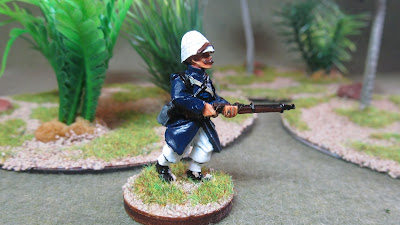 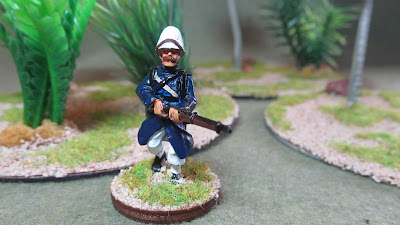 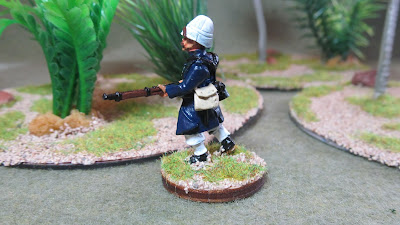 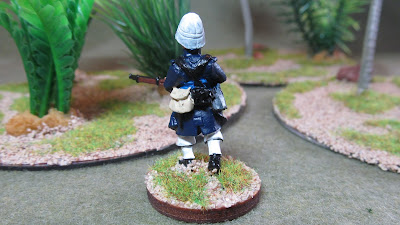 Since the great coat takes up most of the figure, I found this quite easy to paint. 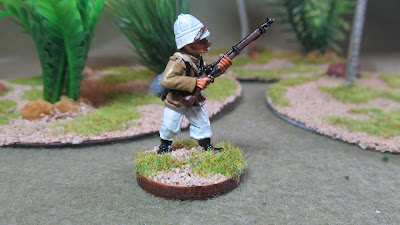 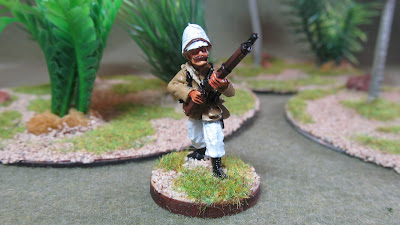 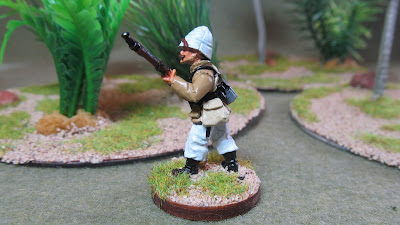 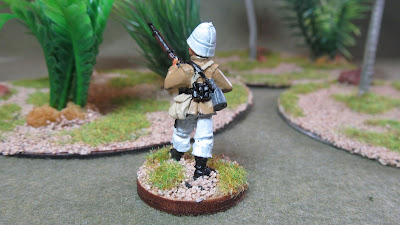 The trousers can also be the same color as the jacket.  In addition the figure can also be used for French Marines as they used the same cut of uniform.