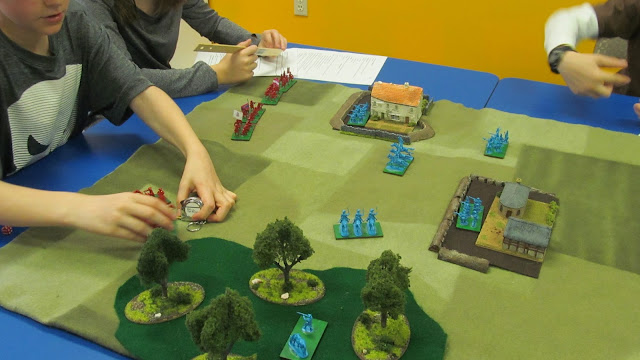 The "War of Great Grazing Area Succession Dispute" or simply "The Pig War, is not going well for the Grand Duchy of Bluhofen. After preventing the army of the Principality of Redersteinerburg from crossing the Lahn River, Redesteinerburg is now prepared to seize the towns of Lederhose and Kotzen. Though defeated on the open field of battle and currently outnumbered, the Grand Duke has decided to fortify the two towns with garrison regiments and a small portion of his regular army in a bid for time . . . 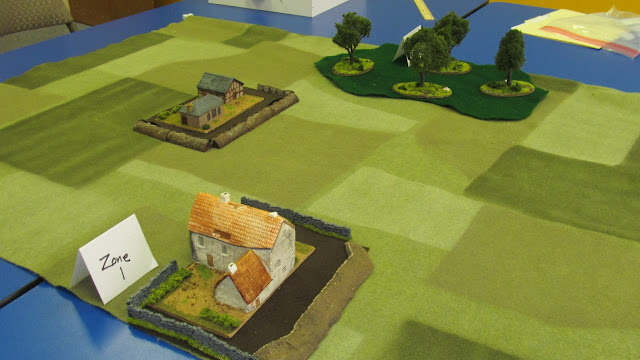 This is Scenario 15: Fortified Defense from One-Hour Wargames by Neil Thomas.  It seemed to me to be a logical scenario to play as one army desperately tries to delay another, much superior force.  There are two unique rules for the scenario that add some flavor to the game.  The Bluhofen team must place a garrison unit in each of the fortified towns; as long as the garrison survives, the town also receives a "shooting" die with a range of 12".  The rest of the Bluehofen army is set up anywhere in Zone 1 within 24 inches of their baseline. 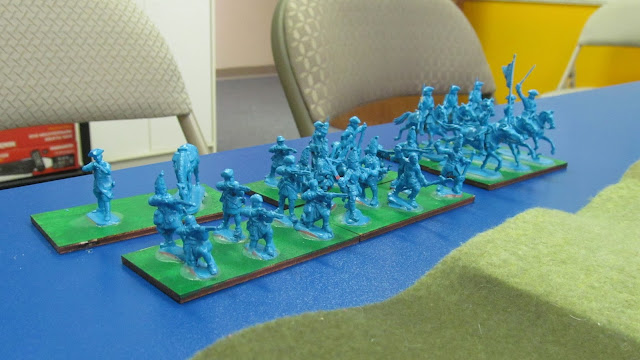 Army's were again rolled randomly and Bluehofen has 3 Infantry, 2 Cavalry and 1 Skirmisher.

The other special rule is that the Redesteinerburg army at anytime during the beginning of a turn could declare a "refit"; all Redsteinerburg units would leave the board and then reenter at full strength. 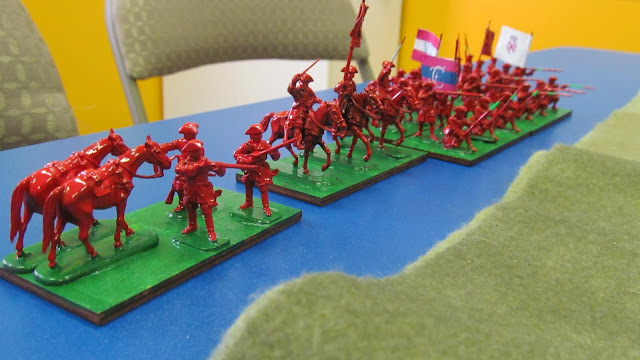 Redsteinerburg would have 4 Infantry, 1 Cavalry and 1 Skirmisher.

Bluehofen deployed first and the Army of Redsteiner decided to put the weight of their forces against the town of Lederhose and quickly established a firing line.  The forces of Bluehofen screaming "For the Duchess" moved aggressively to protect Lederhose. 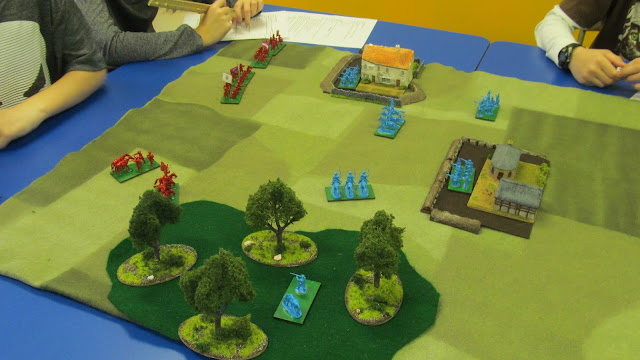 The Bluehofen forces see a gap in the Redsteiner line and attempt to use their superior numbers in cavalry take advantage and out flank the attackers of Lederhose. 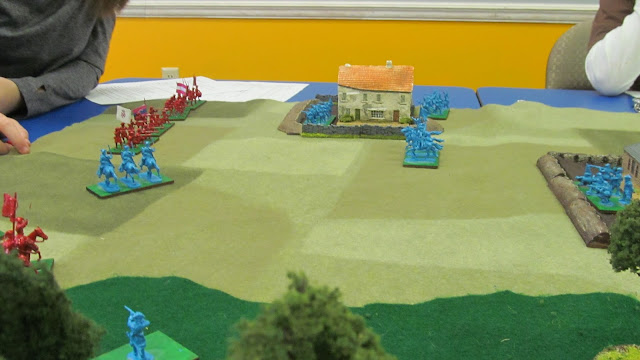 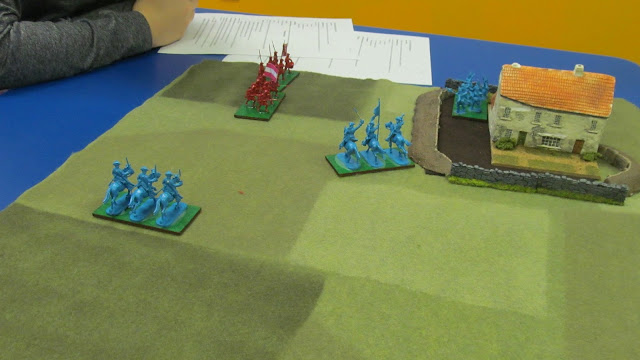 Though the garrison of Lederhosen is destroyed, the Grenadier Guards occupy the town as the cavalry outflank and start to systematically destroy the Redsteinerburg infantry with a series of flank attacks. 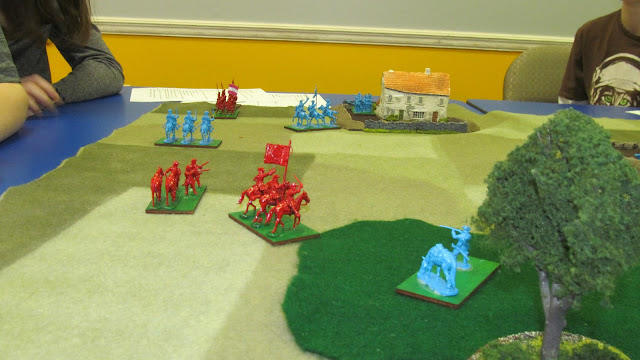 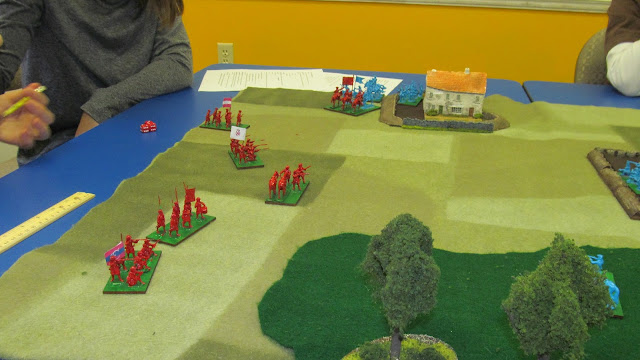 The second Redsteinerberg attack.  Unfortunately for them, they start to focus on destroying Bluehofen forces in the field instead of attacking the towns.