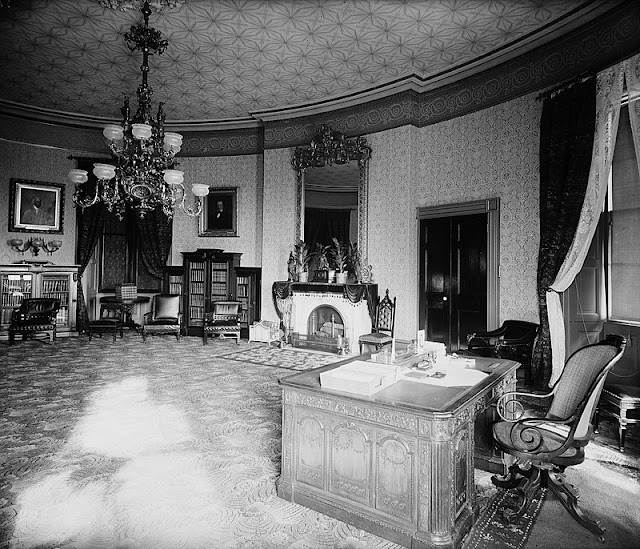 The Yellow Oval Room of the White House.

"Mr. President, I will get right to the point."
"As always Dempsey."
"The Gale farm in Kansas has been attacked and destroyed." 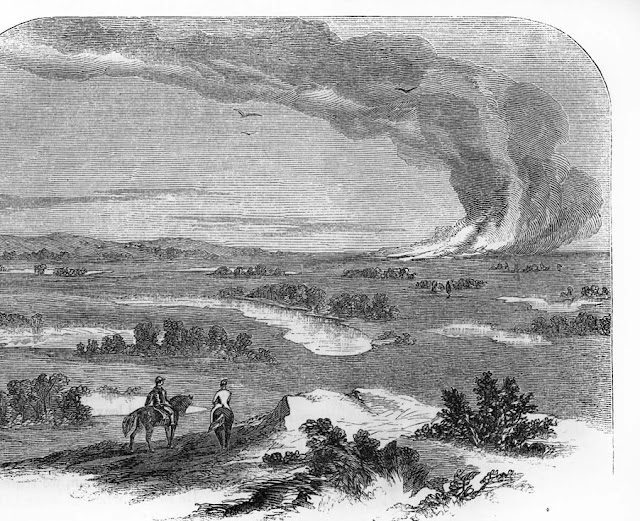 US Marshals that were first on the scene of the destruction of the Gale homestead.

President Grover Cleveland sat in silence for a moment, a stunned look on his face. "What was the fate of the Gales?"
"They were fortunately saved by a New York socialite by the name of Lamont Cranston who happened to be doing some land speculating in the area."
"And the princess?"
"Unknown sir."
"Suspects?"
Dempsey smiled. "A green woman. We suspect The Wicked Witch of the West."
"Has Princess Ozma been notified? The diplomatic considerations . . . "
"Sir, the Insta -Graham is down. Tesla suspects, as he describes it, 'Bizarre and unnatural interference.'"
The president slammed his hand down on the Resolute desk and looked directly at SA Dempsey. "Enough is enough. First the Smithsonian and now this. I did not want to get involved in what I thought was purely a European issue but American lives, and the lives of our Oz allies are at stake. Contact the Speaker and the President of the Senate. I want to see them in 2 hours. And Dempsey . . ."
"Yes Mr. President?"
"Is our Tesla Gate ready."
"Yes sir. Edison may some modifications to the gyroscope controls Nightengale and Tesla's alternating-current (AC) system with his direct-current (DC) electric power.
"Ordinarily I would send you and some of your agents, but there is not enough time to get you to our only known gate.  I know there is someone that has a personal vendetta against this so called witch. Contact the Marshal's office and activate Operation Looking Glass and tell them I want Task Force Tombstone. We are taking the fight to her . . . and Dempsey." 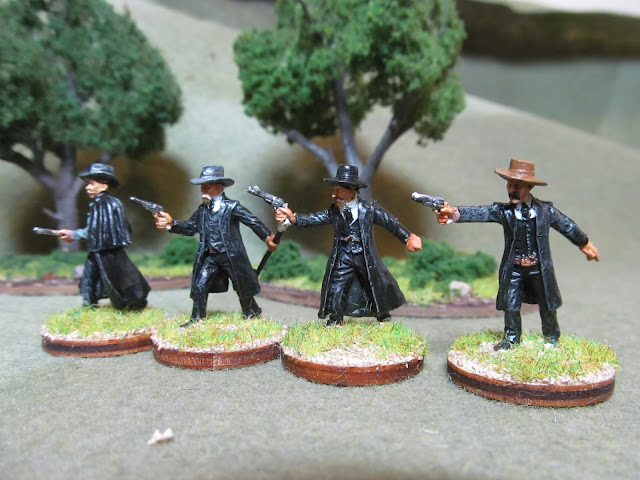 The core team of Task Force Tombstone.
"Sir?"
"I want her dead or alive."

Email ThisBlogThis!Share to TwitterShare to FacebookShare to Pinterest
Labels: In Her Majesty's Name, The War of the Witches, Victorian Sci Fi