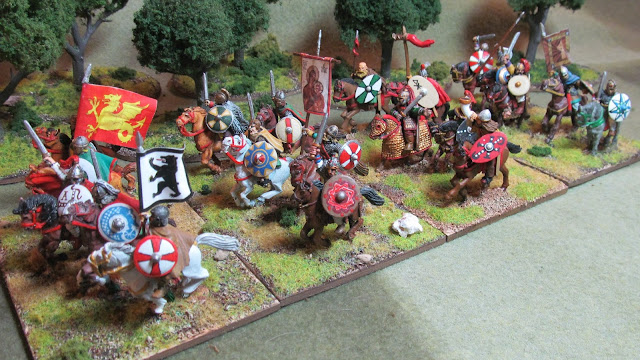 Arthur, Dux Bellorum of Britain leads the elite of Britain against the Saxon invaders.


My Romano-British army composed primarily of Wargames Foundry figures with some Old Glory miniatures is finished and battle tested.  They are mounted for Dux Bellorum on 120mm wide bases.  In Dux Bellorum game terms I organized the army as my own interpretation of King Arthur:

Of course I utilize the Experience Warlord and Imposing Horsemen option! 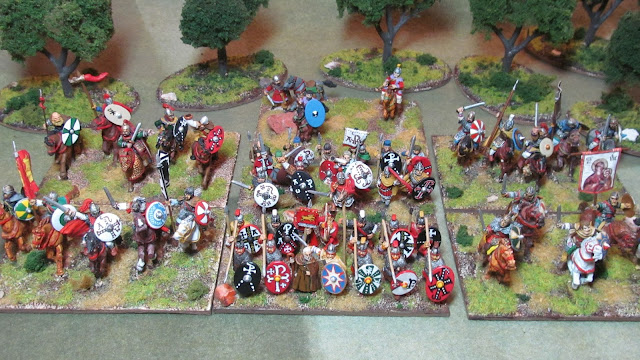 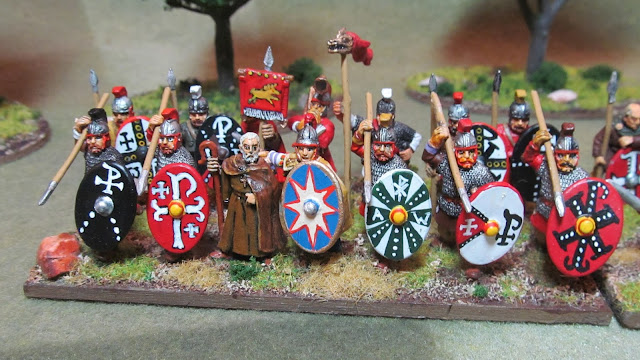 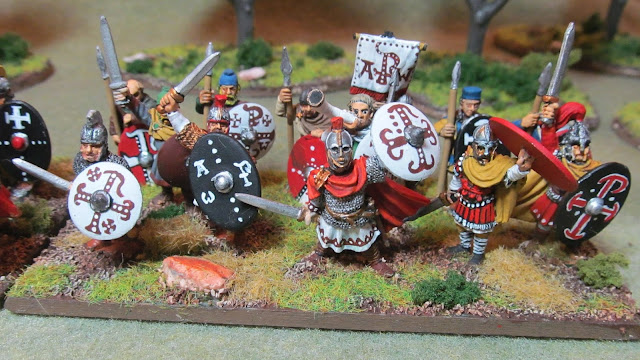 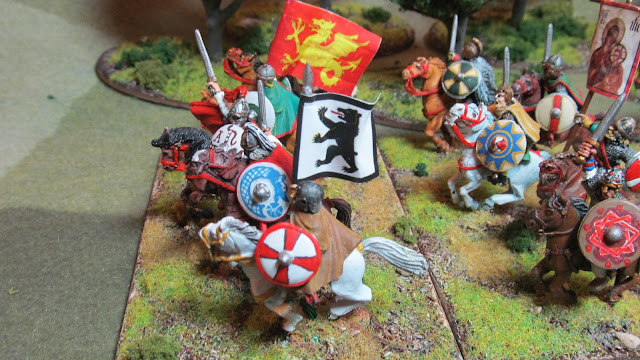 Arthur is the middle figure from Wargames Foundry flanked by Old Glory miniatures. Since he was also known as the "Bear" I added an extra flag to go along with the traditional Pendragon standard. 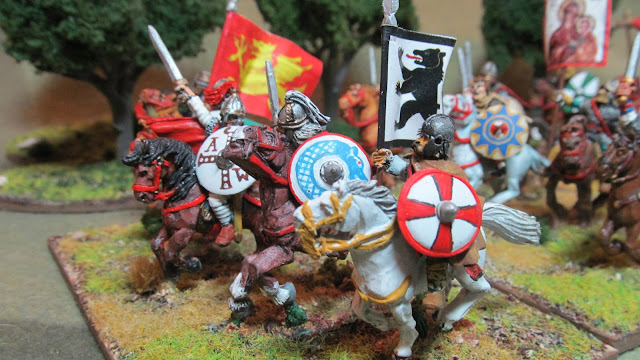 Okay . . . I'm showing off the dragon painted on the shield. 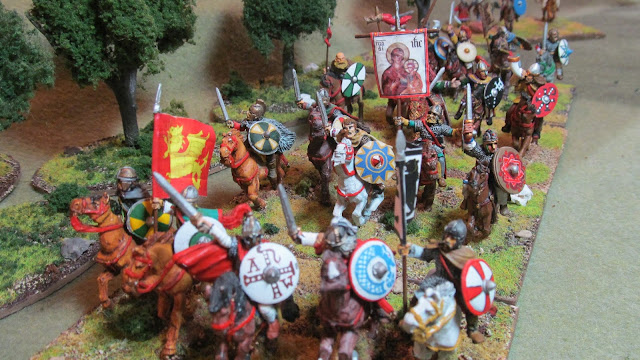 Another view of the mounted force. 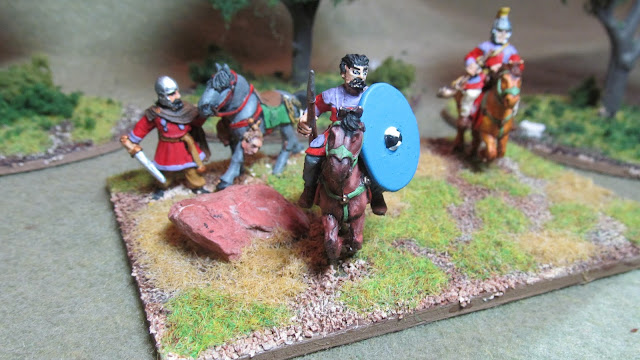 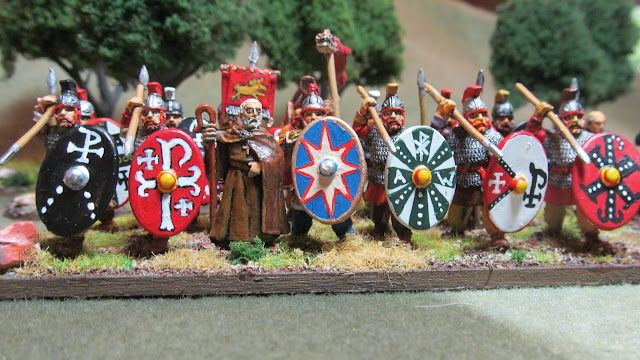 I love the priest from Wargames Foundry. 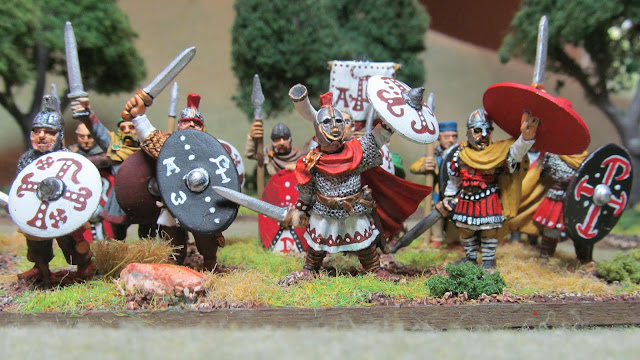 One last look at the "overlooked" infantry of Arthur's army.
Posted by Neil at 12:00 AM