Classic Warhammer: The Kingdom of Bretonnia 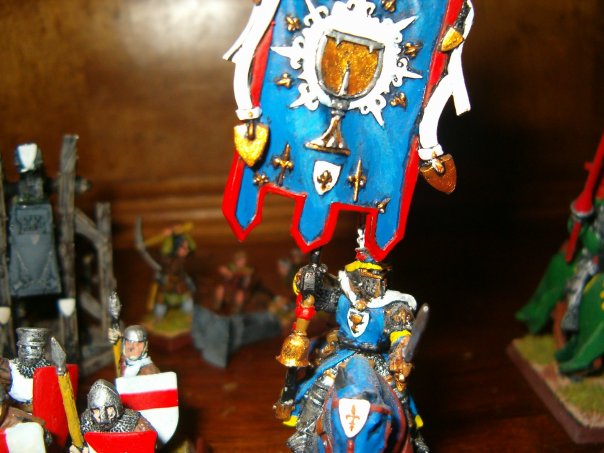 Knights! Chivalry! Quests! Jesters! Beautiful Damsels (who are tougher than they look)! Yes, it's the Kingdom of Bretonnia. Bretonnia was the army I used and it would also double (with some modifications) as a historical army. I designed the army to represent a "dukedom" of the Kingdom led by, well, a Duke. I created this army with a combination of GW figures and figures from Wargames Foundry. 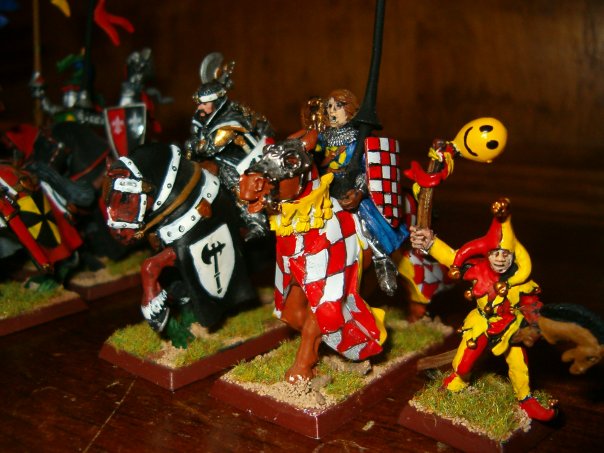 The Duke, a singing knight and the jester. 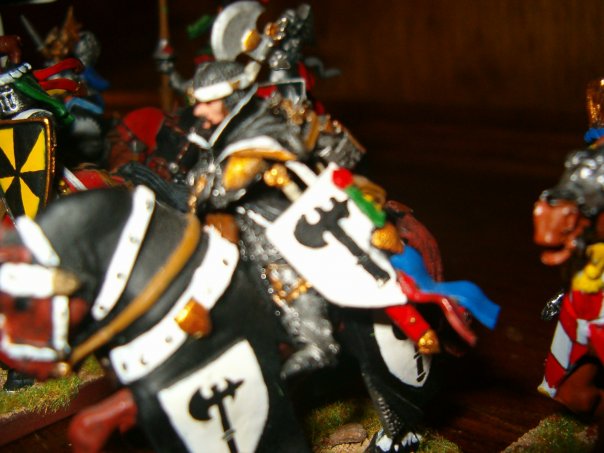 A little out of focus but here is the Iron Duke. 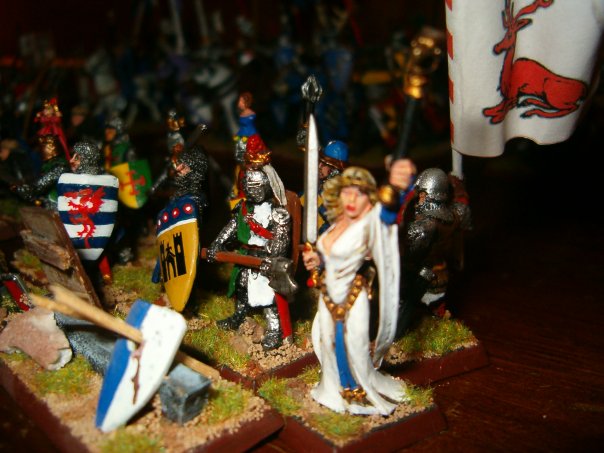 Dismounted knights with a "Damsel" that has magical powers. The men are Wargames Foundry and the lovely maiden is from GW. 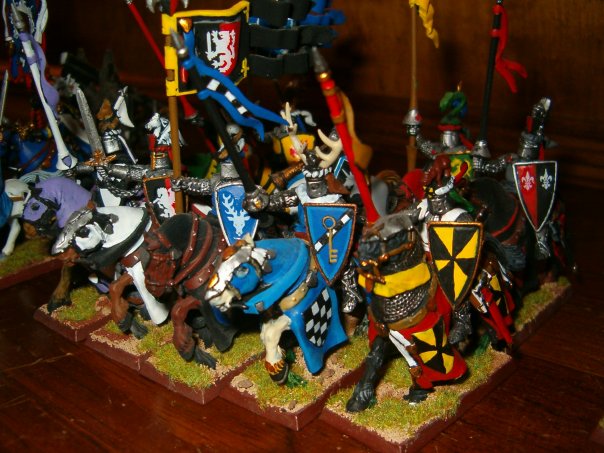 Mounted plastic knights from GW.  I would hold them in reserve and then unleash them when it was time to rout the enemy. 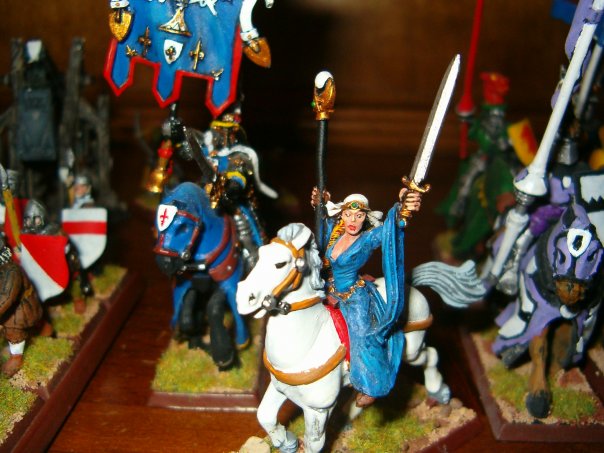 A mounted fair maiden with the Army Grail banner behind her. Both figures are GW. 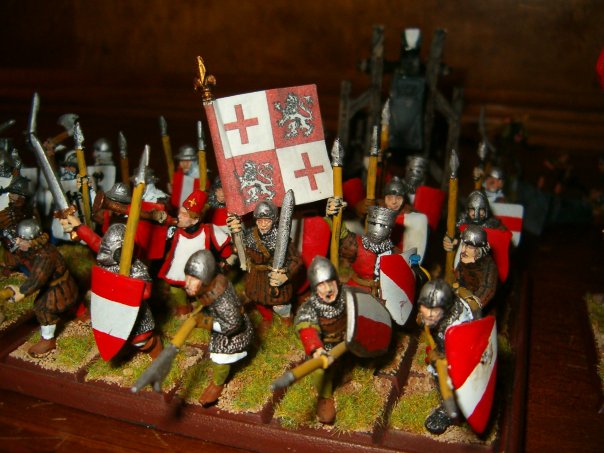 The men-at-arms also known as the poor bloody infantry. Figures from Wargames Foundry but the standard bearer and musician are from GW. 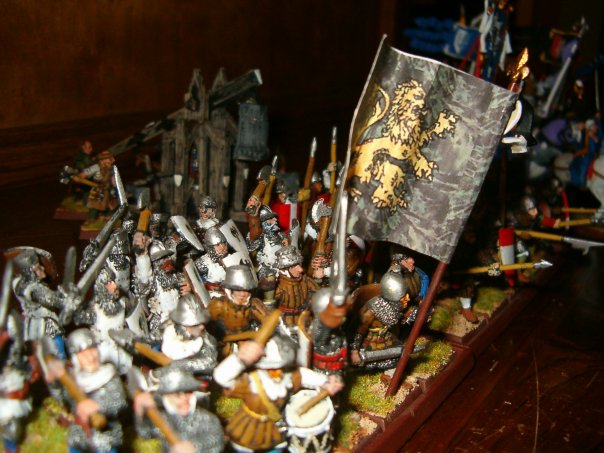 More men-at-arms. Figures are Wargames Foundry and the standard bearer (I think) is a converted GW figure. 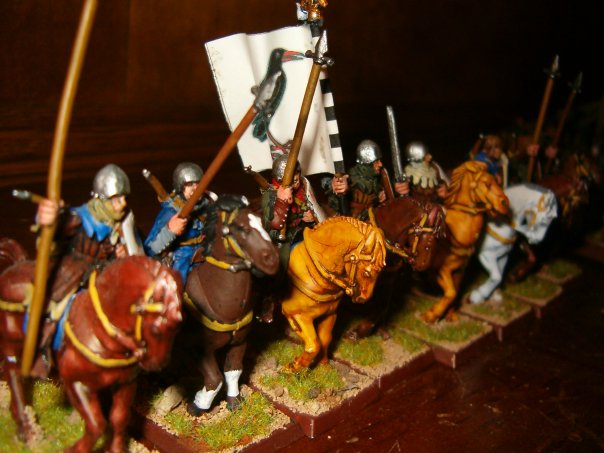 My light cavalry and which were also mounted archers. One of the most effective units in my army. 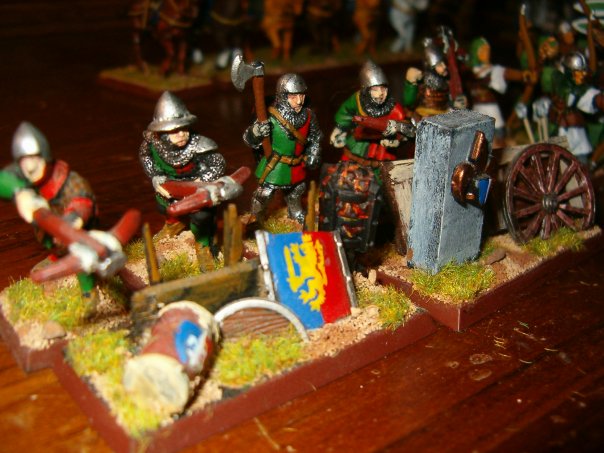 My crossbowmen who usually ended up as cannon fodder. Useful for plugging a gap or holding difficult terrain. 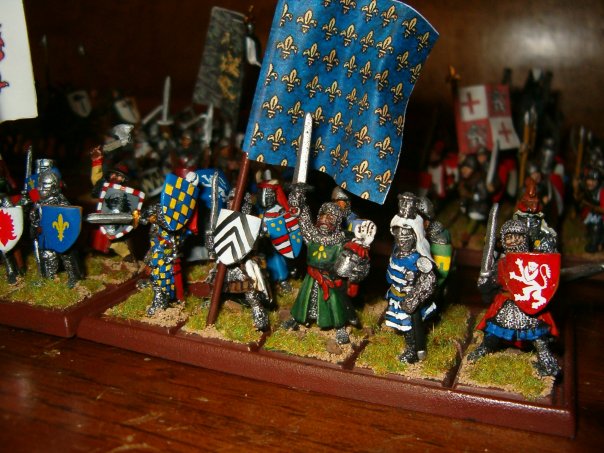 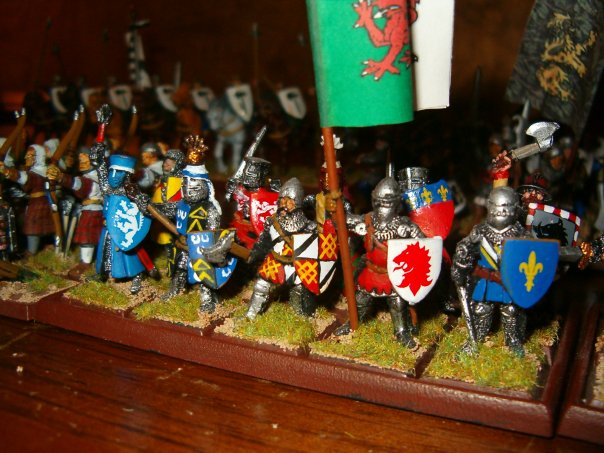 More knights from Wargames Foundry and I love flags. 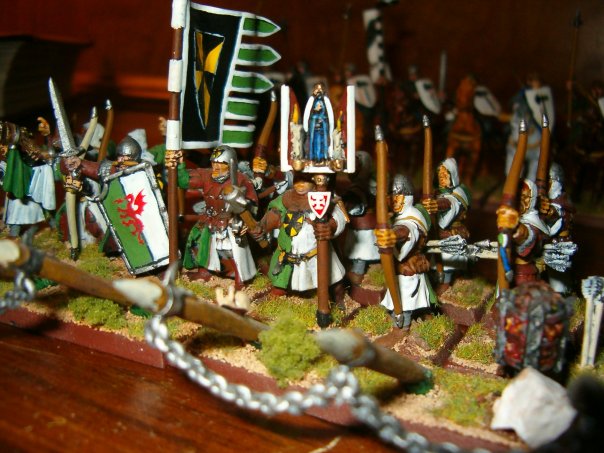 Plastic longbows from GW. I had 24 longbows and they were the killers of my army. They would loosen up the enemy and then I would charge home. Nothing like 24 dice being rolled against you when both units targeted you! 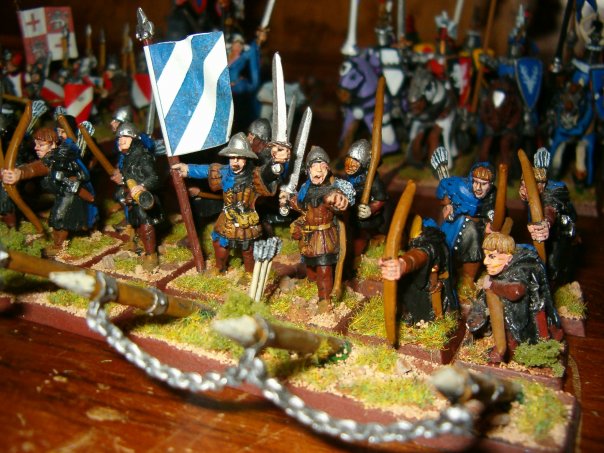 The other longbow unit. Metal figures from GW. 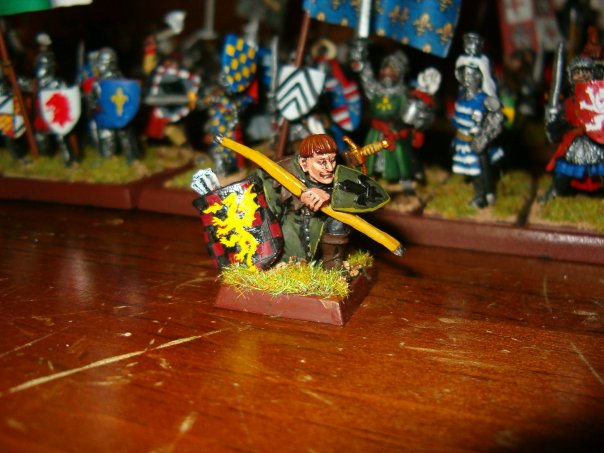 Archer hero. Plus I thought he looks cool. 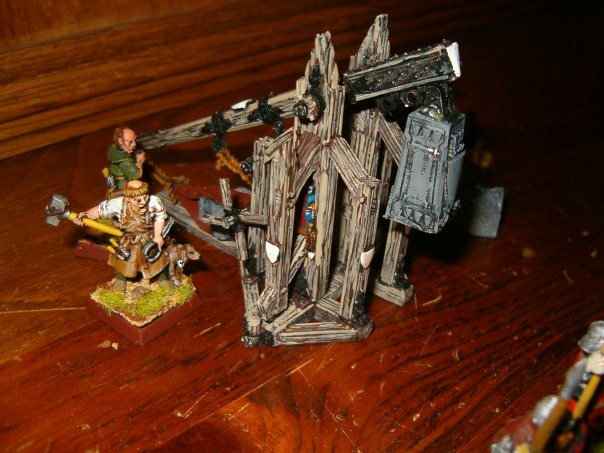 The Trebuchet is one of the best models that GW every produced and the figures have great character. 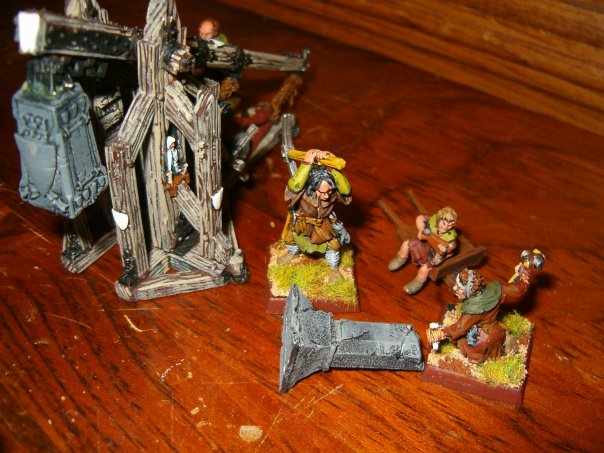 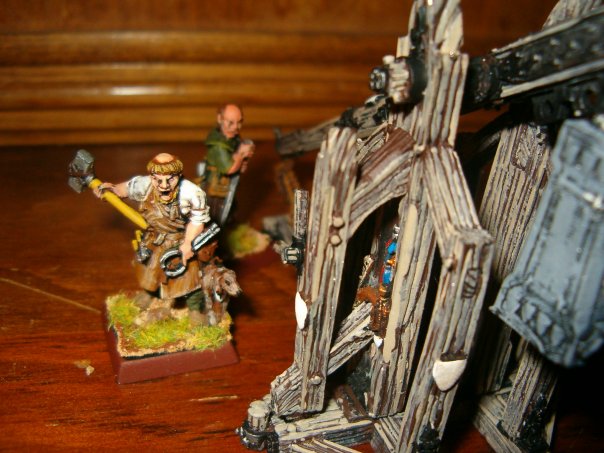 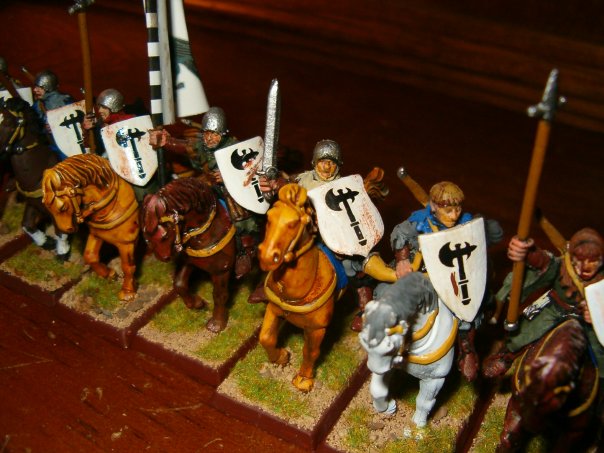 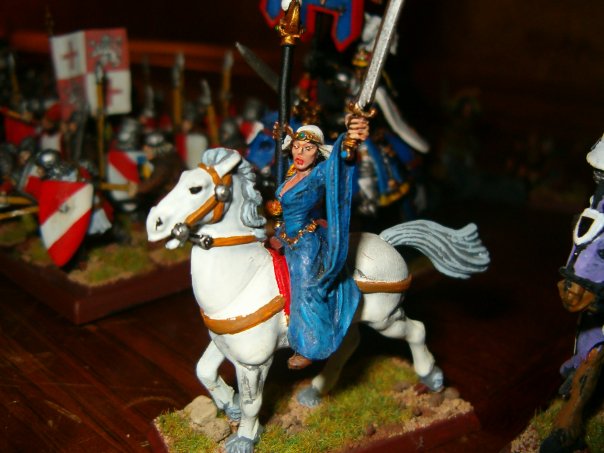