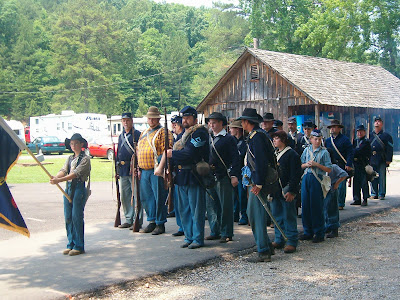 So what does a military veteran do over the Memorial Day weekend? Attend a Civil War re-enactment of course! So Honorable Son #5 and myself packed up and took the 45 minute trip up the interstate to The Tannehill Ironworks State Park located near Birmingham, AL.
From the Alabama State Parks website at http://www.tannehill.org/welcome.html#top:
Tannehill Ironworks Historical State Park has more than 1,500 acres in three counties set aside for hiking, camping and outdoor recreation. From spring through fall, the blacksmith, miller and craftsmen demonstrate their trades. Craft shops occupy restored pioneer cabins and artisans chat with visitors from their front porches. Steeped in history, Tannehill feels timeless. The cotton gin, pioneer farm and working gristmill preserve a long-gone way of life. Hiking trails retrace historic roadways. Artifacts of Alabama’s 19th century iron industry displayed in the Iron and Steel Museum put in perspective the massive stone furnaces, Tannehill’s awe-inspiring centerpiece. 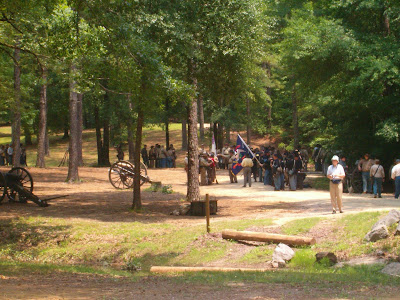 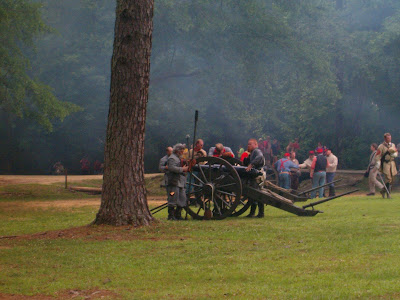 Daniel Hillman, a Pennsylvania furnaceman, first built a bloomery forge on the banks of Roupes Creek in 1830, where he had found the richest deposits of brown ore in his experience. He wrote his son: "I believe, George, that my prospects for making a handsome property are better than they ever were..." Hillman died two years later, the family's fortune unmade. Ninian Tannehill later took up the forge as a sideline to his farming operation. 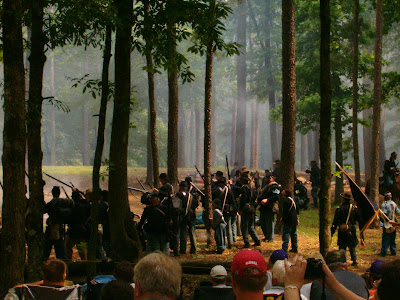 Between 1859 and 1863, slaves cut sandstone rocks, transported them by skids and stacked them to form three tall furnaces. Tannehill No. 1 was built by the noted Southern ironmaster Moses Stroup, who later built the Oxmoor Furnance, the first in Jefferson County. William L. Sanders purchased the operation in 1862 and set about expanding the ironworks. 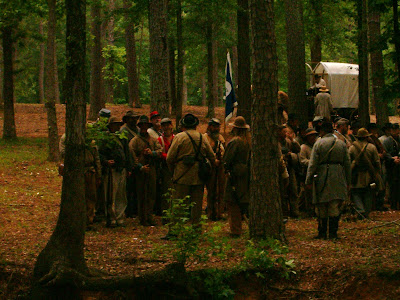 Like the wheels and gears of a huge machine, the industrial center at Tannehill kept up a fierce momentum. Trees on the hillsides were felled to be made into charcoal that fed the huge blast furnaces. Roupes Creek and a mighty steam engine powered the blowing machines to heat the fires that melted ore to be formed into "pigs" of iron which, in turn, formed the tools of war for the Confederacy. At the height of production Tannehill could turn out 22 tons of iron a day. The iron was cast into ordnance, skillets, pots and ovens for the Southern army. 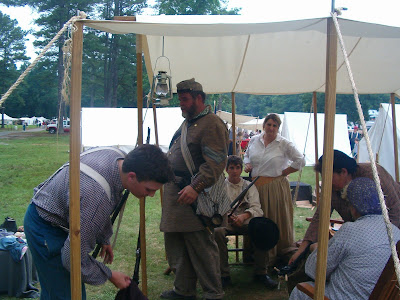 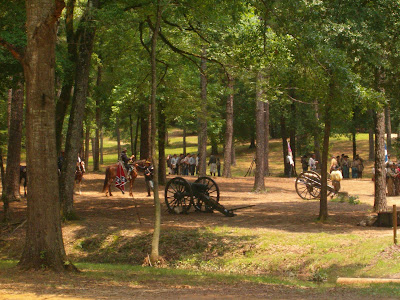 Although shots were fired during the actual federal cavalry raid on the Tannehill Ironworks in 1865, the battle re-enactment, sponsored by the Alabama State Artillery re-enactors, is largely ceremonial.Always held on Memorial Day weekend, the two-day event attracts 300 to 400 Federal and Confederate soldiers in full fighting attire of the day, cannons and horses and sometimes even battle music. Visitors may also walk through the military camps and and visit sutler stores. 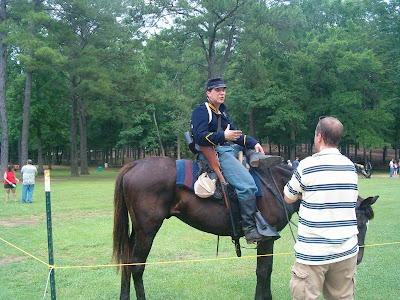 On March 31, 1865, it ended in fire and destruction. Three companies of the Eighth Iowa Cavalry swept through the area as a part of Union General James H. Wilson's raid on Alabama war industry sites. Smoke rose from the charred remains of the ironworks and cabins that housed several workers. At day's end the furnaces were no longer operational, and the foundry, tannery, gristmill, and tax-in-kind warehouse were in ruins. 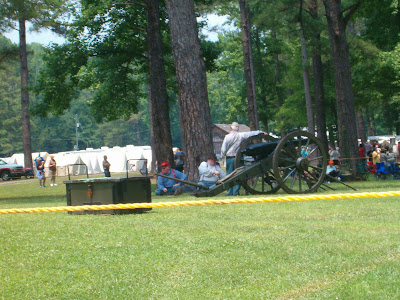 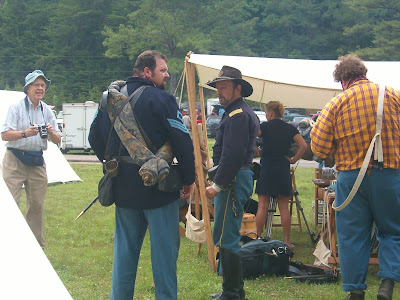 Honorable Son #5 took some great pictures of the event. Unfortunately, I forgot one of the important Laws of Wargaming, you play better with a hat! Next time, I'm going to purchase a Zouve kepi for a lieutenant colonel! 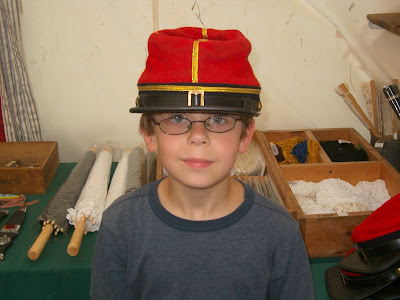