Family History and the Peninsular War

Fortunately for me, my Uncle Gus has done a great job in researching our ancestors. Since I've been on a Napoleonic kick lately, finding some ancestors in actual units of the Napoleonic Wars gives me an incentive to paint. Since my middle name is Campbell, you can probably guess which army they served in:
Colin Campbell, Laird of Kilmartin from 1856 to 1861. Colin was born on June 14th, 1828 and was the second and only surviving son of Alexander Campbell. He married his cousin Helen Charlotte on September 14th, 1856. She is the daughter of his uncle, Major Neil Campbell (my 3rd Great Grandfather).

Colin's father was Alexander Campbell (my 3rd Great Uncle), 4th son of Colin Mor of Kimartin (my 4th Great Grandfather). He studied medicine but during the Peninsular War received a commission in the 77th Regiment of Foot and was a lieutenant in 1814.

Colin's mother was Catharine M'Dougall and her brothers were:

1. Coll, Captain of the 42nd Royal Highland Regiment (The Black Watch). He retired as a consequence of a wound which ultimately caused his death.

2. Kenneth, also an officer of the 42nd Royal Highland Regiment. He was wounded in the foot at the Battle of Nivelle in 1813 and died from its effects in 1827. 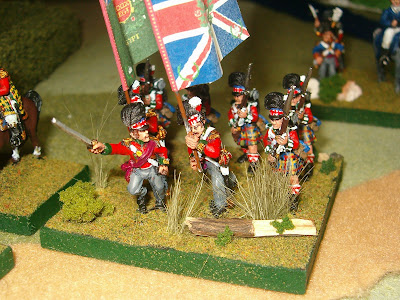 3. Allan who was a Lieutenant in the 38th Regiment who died at the age of 22 unmarried.

4. Robert who was an ensign in the 71st Highland Light Infantry. He died of measles soon after entering Paris in 1815 at the age of 19. 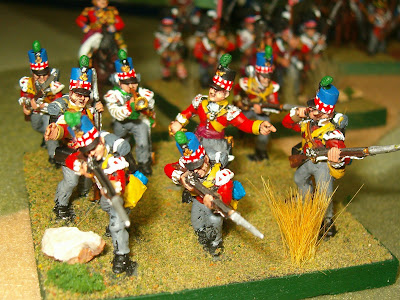