I think most miniature gamers at one time or another get into the same dilemma that I find myself in now: so many miniatures, so little time. The amount and variety of good, quality miniatures and periods available literally stagger the mind (at least for this gamer, that is!). It's come a long way since the early 1970's with my plastic 20mm Airfix figures.

I usually have multiple gaming projects going on concurrently; some take longer than others. In early 2001 I was trying the Ancients Rules De Bellis Multitudinis (DBM) I knocked out a Late Roman Army in 15mm in about 2 months. 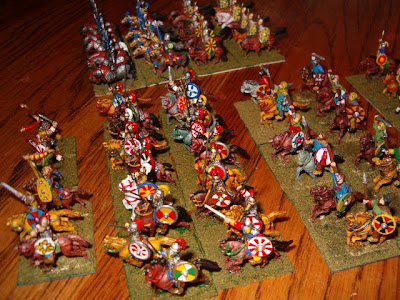 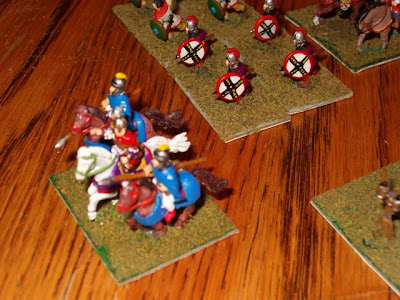 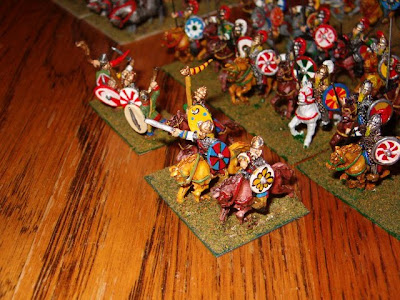 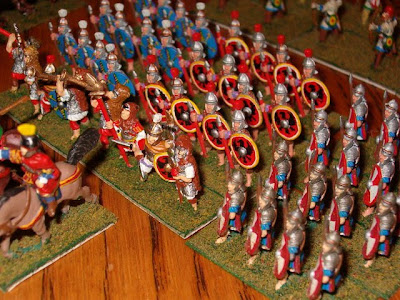 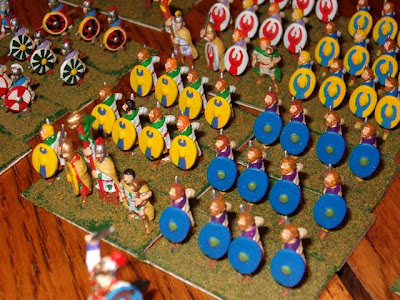 I've been working on my 28mm Napoleonics for about 5 or 6 years (sigh). Yep, some projects take longer than others.
So why did I finish the 15mm Late Roman army so quickly? Motivation. I was invited to play in a DBM tournament and I needed an army. Nothing like motivation to get that paint brush painting. It also helps if the period or army you want to game is interesting to you (why would you paint it otherwise?). Another factor that helps is if you have a group to regularly game with. Unfortunately, right now where I currently live (other than my 5 Honorable sons) most of the historical gamers I have found live about an hour away. When you have to paint both sides in a battle, it does take longer. As I mentioned, I'm feel like I'm treading water - time to finish a project. So I'm systematically doing a mental inventory of what I have done, what periods I like, what I have and where I want to go.

1. The Late Roman Period in 28mm. I'm probably going to add a few Huns here and there and maybe one or two more infantry guys to the units. Yeah, and the cavalry needs to be beefed up . . . 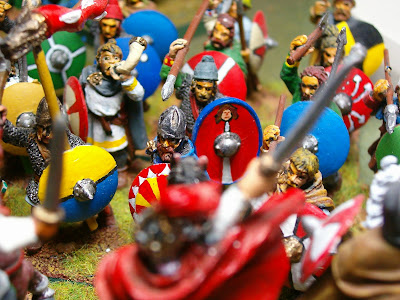 Like I said, you can never have enough barbarians.
2. The War of Spanish Succession in 15mm. Essentially done here with about 50 infantry regiments, 25 cavalry, etc. What needs to be finished is the artillery, which I have, and the odd unit that catches my eye. 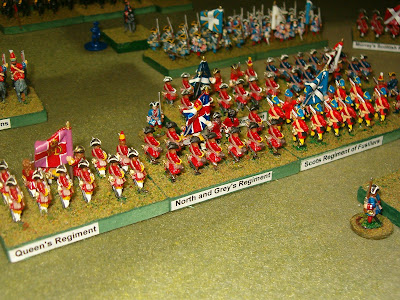 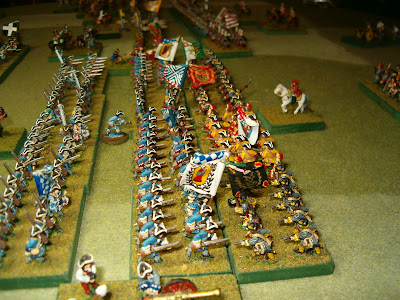 Linear Warfare in the Grand Style.
3. The Afrika Korps in 15mm. I'm pretty sure I'm done with this army and happy with the way it turned out. 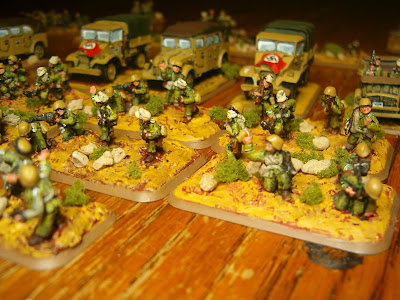 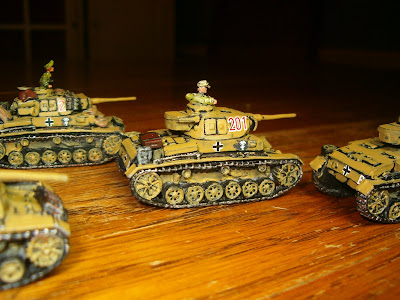 Gaming in the Desert.
4. German WWII army for the European Theater: 1942 - 1945. Another army that is basically done. I may add the odd vehicle, tank or command stand. 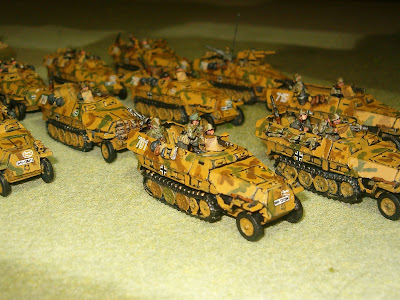 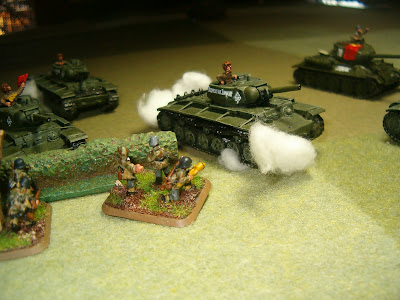 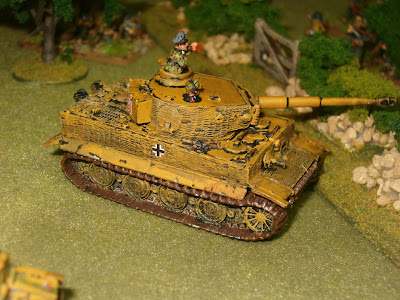 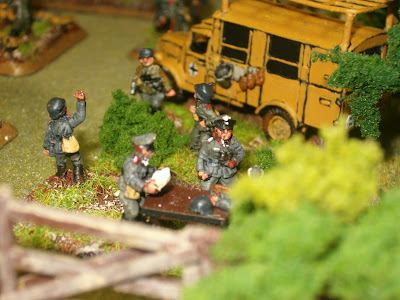 5. Warmaster Fantasy Army in 10mm. Now here's a good debate - is it done or not? I have a gazillion Elves, Dwarves, Ogres, Trolls and a total of 2 (count them) 2 "human" units. Might have to add some forces for the human race, but currently I don't have any. By the way, Warmaster is one of the most playable and innovative rule sets out there and has spawned a historical Warmaster Ancients, many variants for other periods and is the basis for the new Blackpowder rules.

Guess I need to take some pictures of my Warmaster Figures.

6. The American Civil War in 15mm. I use the rules Fire and Fury and recommend to any one starting out that this is a good period to start with. Most everyone knows something about the Civil War and most of the "basic" units are fairly easy to paint. 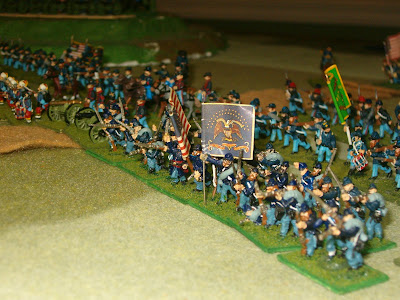 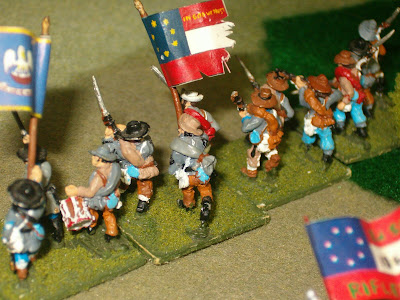 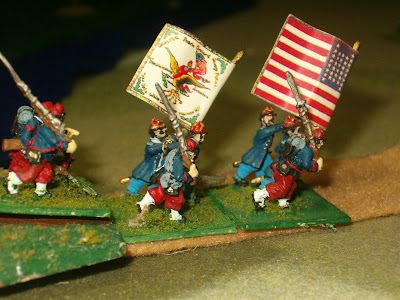 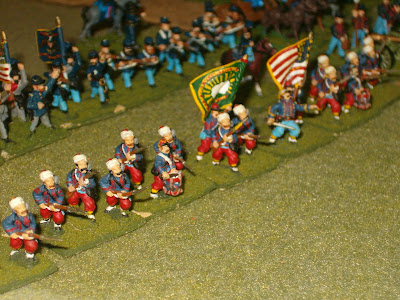 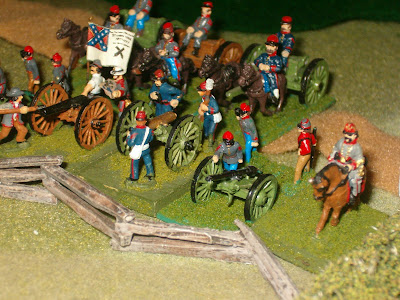 Anyway, I've come to a point where I want to focus on one or another project and I need to decide which one:

1. The Napoleonic Peninsular Project for Volley and Bayonet. My longest, longest long range project. Those Airfix 20mm plastic Napoleonic miniatures are what got me to fight out battles on the tabletop. I've been working on both the French Army (plus allies) and an Anglo-Portuguese army in 28mm ever since I sold my 15mm collection around 8 years ago. 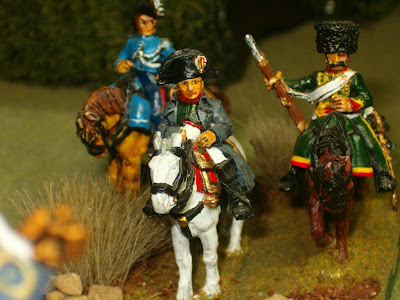 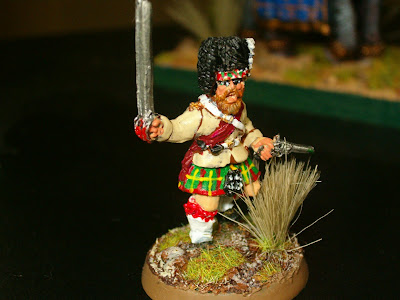 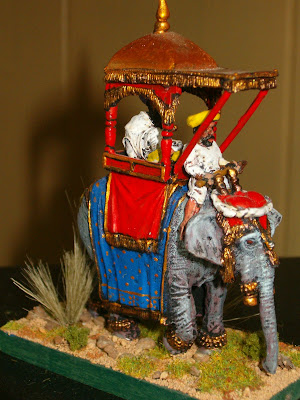 This is one of my favorites from Wargames Foundry Miniatures. 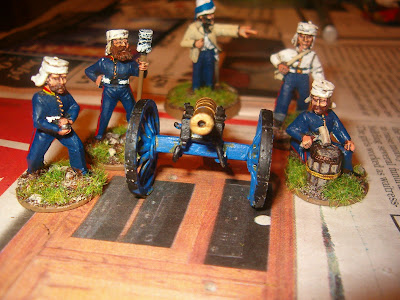 Royal Artillery by Old Glory Miniatures.
3. German WWII Paratroopers in 15mm. I have everything I need for this army as other German forces that I have can support them. Just need to paint a lot of paratroopers. 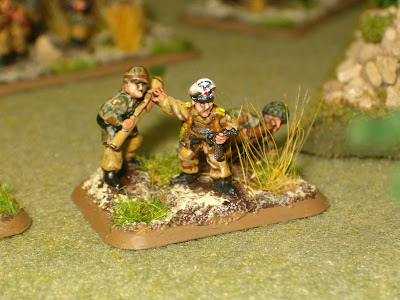 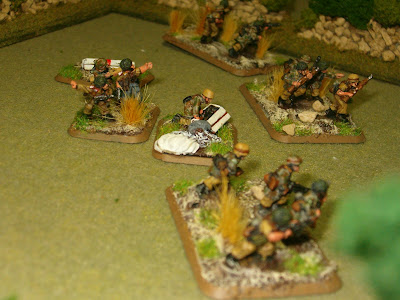 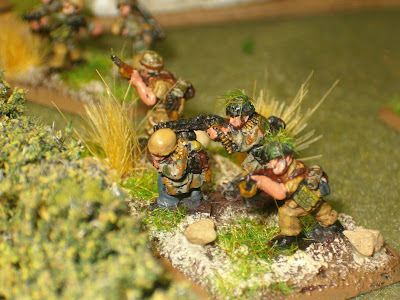 4. American WW II Paratroopers in 15mm. I've done a few test figures, have some forces but need to get painting.

5. English Civil War in 28mm. Another one of my most favorite periods. I use to have a large collection of 15mm which I sold.

Now I want to do the English Civil War in 28mm. With Warlord Games extensive range of hard plastic and metal miniatures, I'm itching to get back into it. I've purchased 4 boxes of their hard mutlti-part hard plastic and I have done "part" of one unit. In addition, I picked up some extra Wargames Foundry command on eBay. 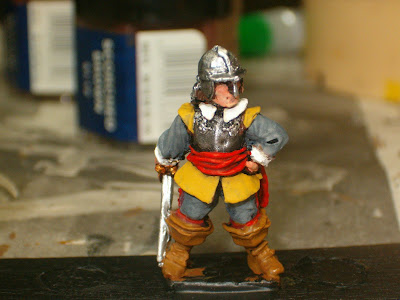 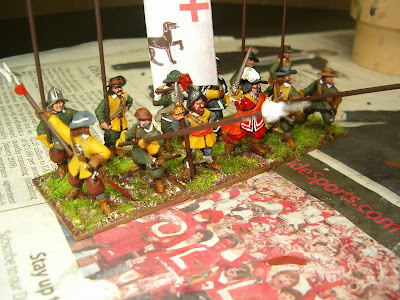 Decisions, decisions! Which should I finish? Time to do some thinking this weekend.
Posted by Neil at 5:49 PM