The Brunswicker's are done and I must admit, I am really pleased with how they turned out. There is nothing like beautifully sculpted figures to bring out the maximum effort in painting and finishing. 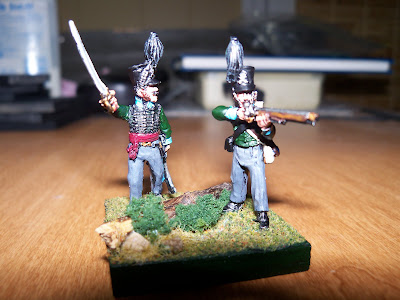 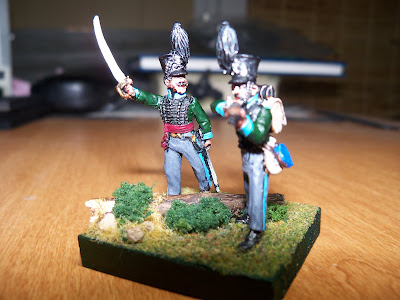 Now that I look at the picture of the figures, I noticed that I forgot to paint the braid on the jager's jacket. It shouldn't take too long to quickly paint the braid black. 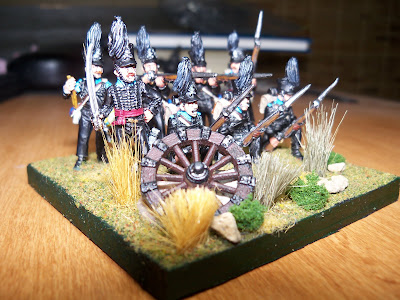 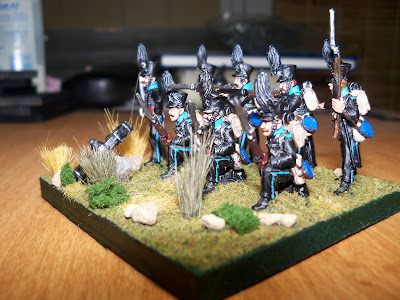 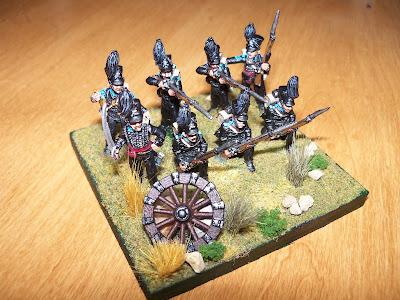 Above is an overhead view of the base to see some of the detail added to the ground; below, the Brunswick Oels Jagers next to the Hessians Gross und Lieb Regiment. 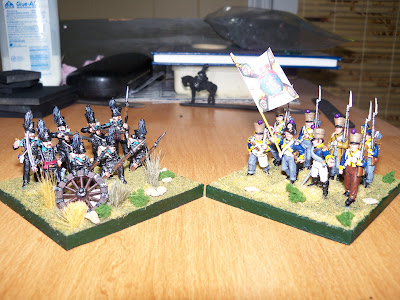 The next German unit for Napoleon's forces will be from the three small states of Anhat-Dessau, Anhalt-Bernberg and Anhalt-Kothen:

And for the British, the elite King's German Legion: 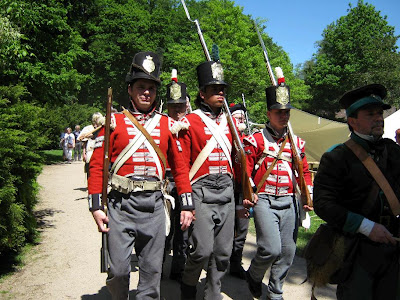 But first, I think it is time to take a break from painting, and do some fighting on the tabletop!
Posted by Neil at January 02, 2011