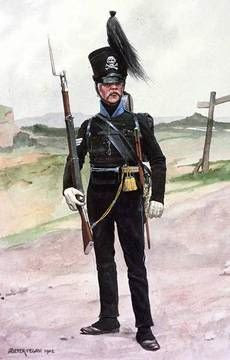 In my opinion, the best historical figures being sculpted today in 28mm are done by Alan and Michael Perry of Perry Miniatures. Formerly with Wargames Foundry and still with Games Workshop, the Perry twins put out fantastic figures in metal and hard plastic. In the United States, Perry Miniatures are only 3 days away from Warstore.com.

So, how hard is it to paint figures that are uniformed in black.? Well, I wouldn't say difficult, put it does require some different techniques.

The Brunswick miniatures from the Perrys are nicely detailed and I wanted that detail to show up. The figures I purchased are for the Lieb Battalion of the 1815 campaign that culminated in Waterloo. 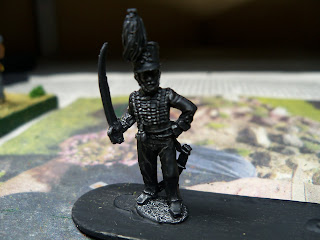 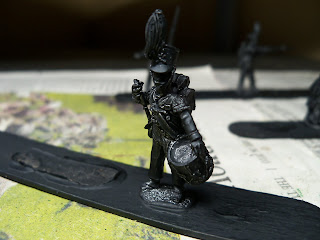 The unit that I'm going to do for the Peninsular, is the Oels Jagers. Fortunately for me, the uniforms are extremely similar with only minor variations that would not be noticeable in the 28mm scale.

After priming the figures black, I lightly (and I do mean lightly!) drybrushed the figures with gray to bring out the highlights. 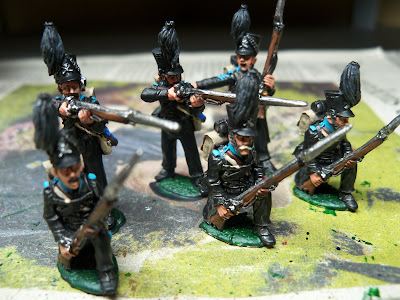 For the officer's lace, I also lightly drybrushed the lace with silver to bring out the finer materials that the officers would have. 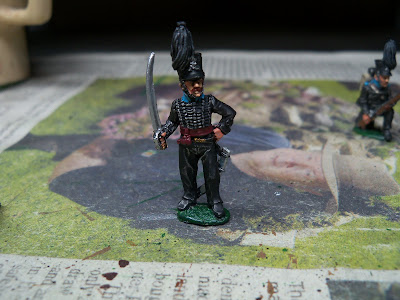 After that, it was pretty simple knocking out the usual faces, muskets, etc. Again, it's easy painting quality figures.

The sharpshooter company of the Oels Jager had the same uniform but with dark green jackets and gray breeches. To make the rifle, I cut off the bayonet of one of the other figures and filed the end. 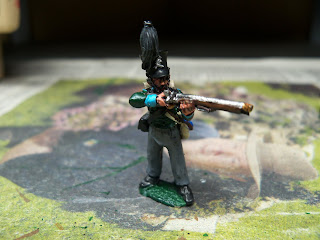 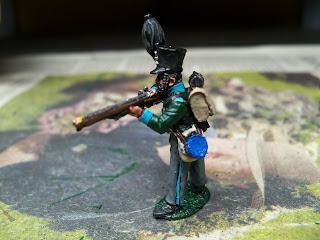 In Volley and Bayonet, "skirmishers" represent detachments of battalion sized units that might be sent to take an objective or occupy key terrain. Starting with the Napoleonic period, they can also be used to increase the fighting capability of brigades. 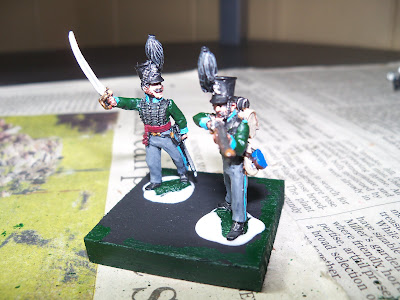 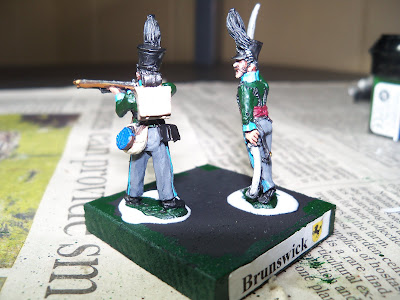 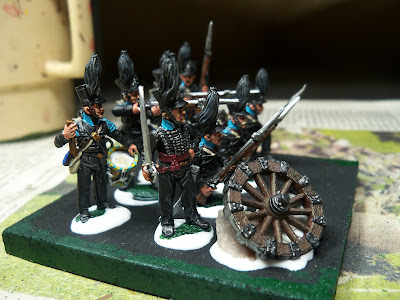 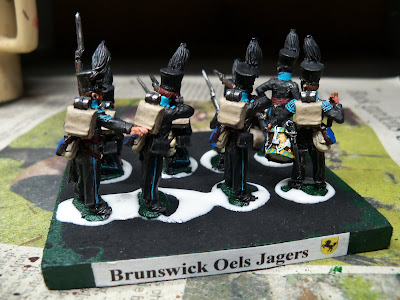 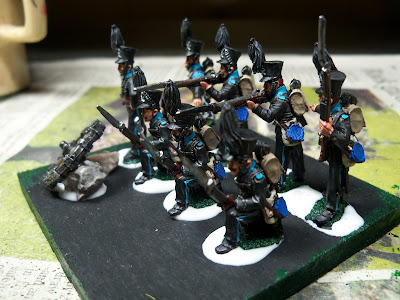 Now all I have to do is finish the bases this weekend and fix the chevrons (they should be white) on the NCO.
Posted by Neil at 2:49 PM