With the addition of the Naval Infantry, the Soviet Army for Flames of War under the command of Comrade Colonel Colinovksly (Honorable Son #3) is looking impressive now that there is basically a complete battalion of infantry. That's a lot of infantry across the table . . . 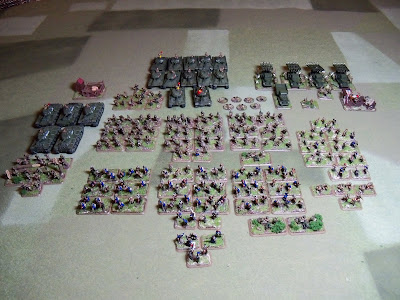 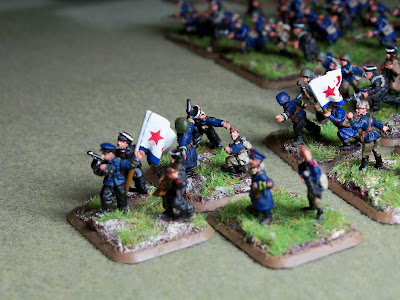 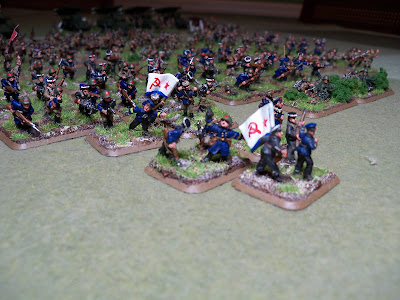 Currently we have painted 2 - 3 companies of infantry (depending on the year of the war), 1 company of Sub-machineguns and one Heavy Machinegun company. 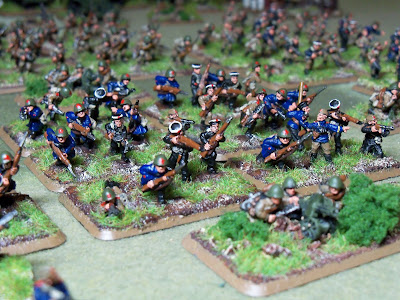 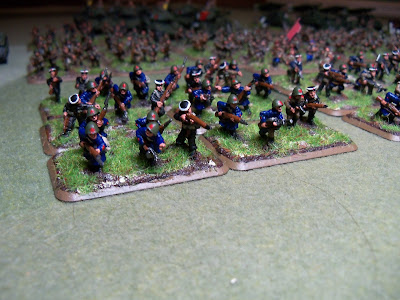 Found some great pictures on the internet showing a mixture of uniforms within units; Naval dress, Red Army issued uniforms, dark blue overcoats, helmets with Red Stars, etc. I decided to make the blue overcoats a bit lighter so they would show up better on the gaming table. 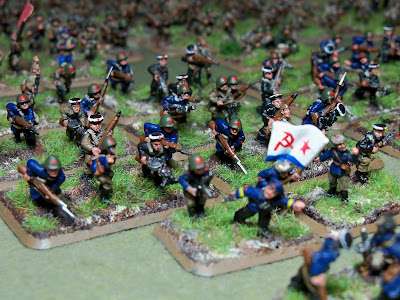 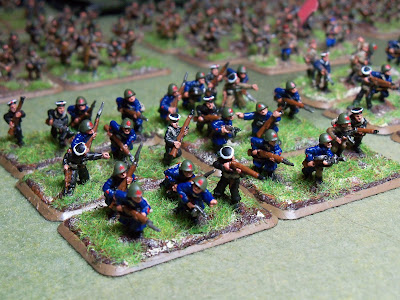 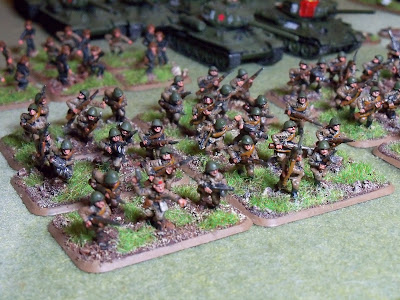 Regular soldiers of the Red Army. 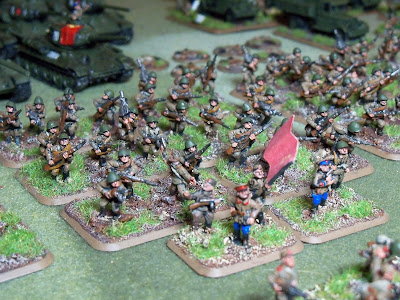 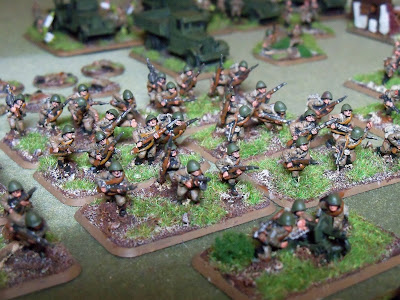 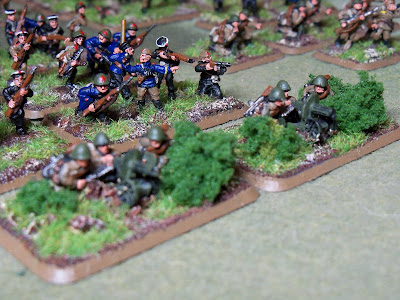 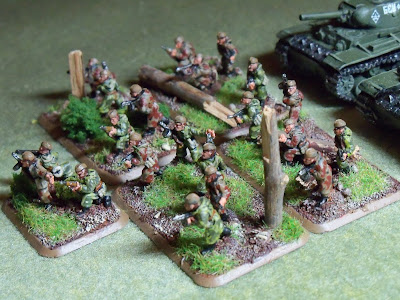 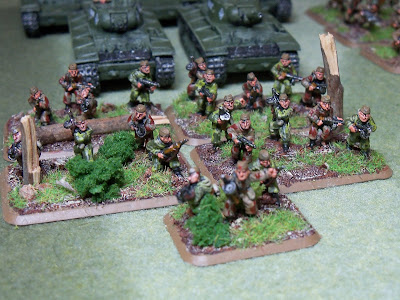 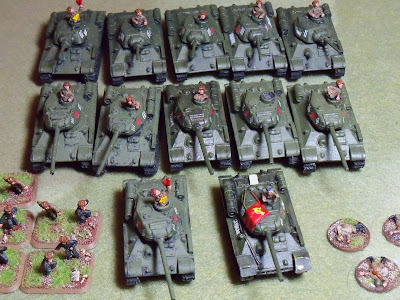 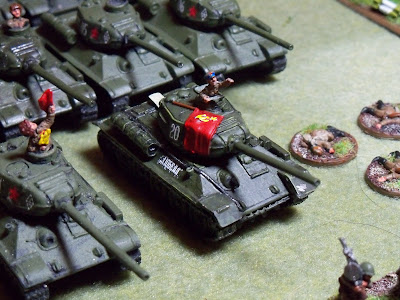 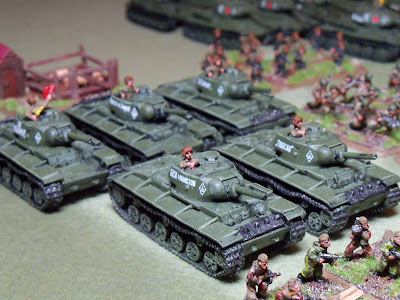 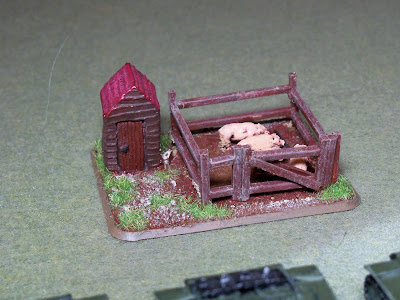 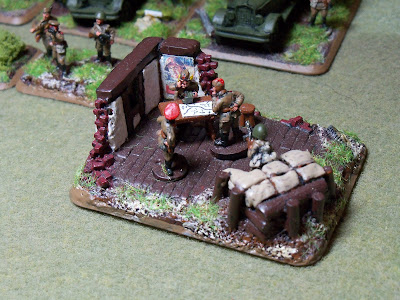 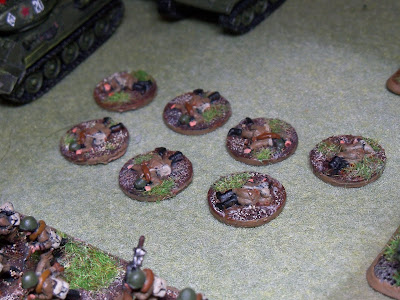 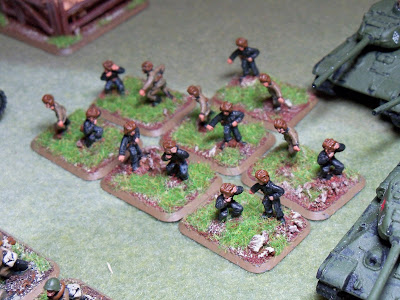 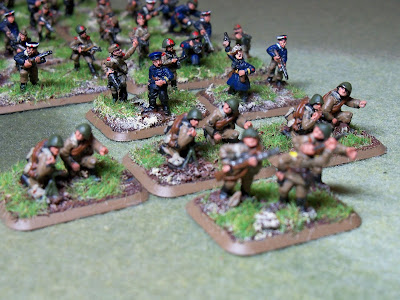 Light mortars that we also use as proxies for medium mortars. 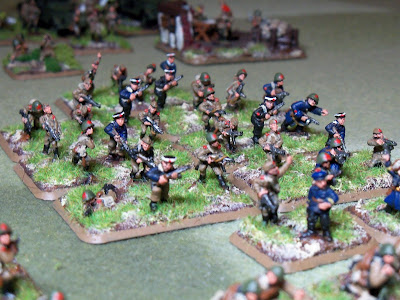 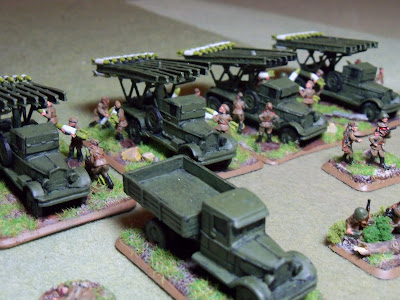 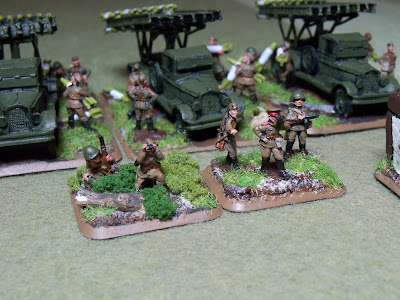 Eventually we will be adding to the forces: Anti-tank guns, medium mortars, some artillery, heavy assaults guns, etc. But right now, it is a potent force and I look forward to the game that will be played over the Christmas holidays against the 4th Company, 2nd Bn., 116th Grenadiers of the German Army.
Posted by Neil at December 03, 2010