Alisdair "Are you looking at me?" MacColla from Warlord Games

Warlord Games has produced another fantastic character pack with Alasdair MacColla with two bodyguards. When I looked at the image of the figures on the Warlord Games Website I was not overly impressed but I figured, "why not?" Due to the angle of the image on the Warlord site, the picture does not do justice to the figures.  These are three great figures will add some needed "umpph" for my next Irish regiment which will be in the act of charging. 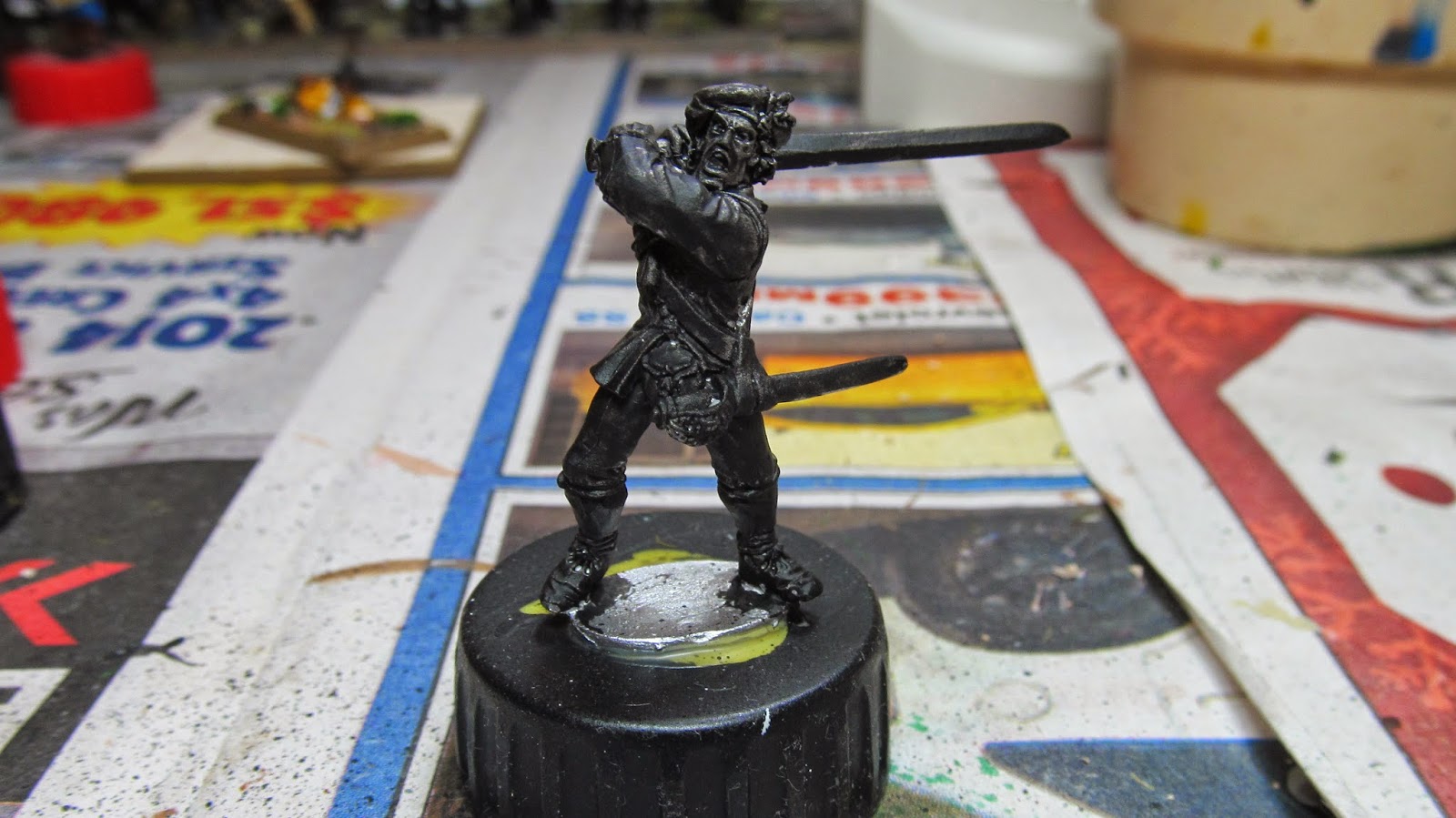 Leading off the line up is the big man himself Alisdair MacColla. He is fully armed with an impressive claymore, broadsword and dirk. He also has a targe which can be glued onto his back.  The claymores on all three figures are thicker than they would be in real life, but I would rather have that than having the sword snap off at an inopportune moment of table top combat.  All three figures are energetically animated - there is no doubt that Alisdair is coming toward you and that there can only be one! 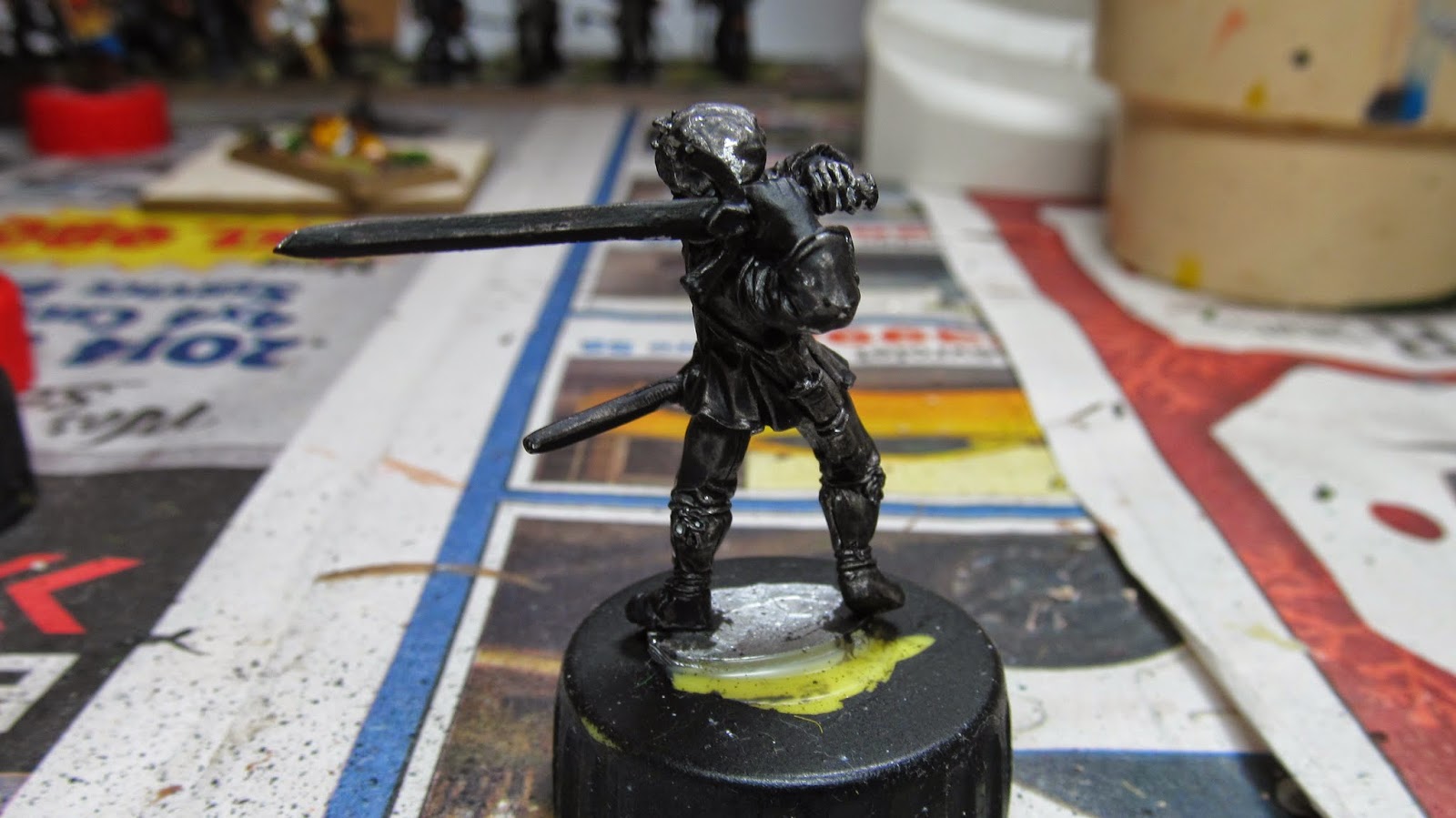 Alisdair is recorded in history as being almost 7 feet tall and this figure is definitely larger than the rest of my figures. 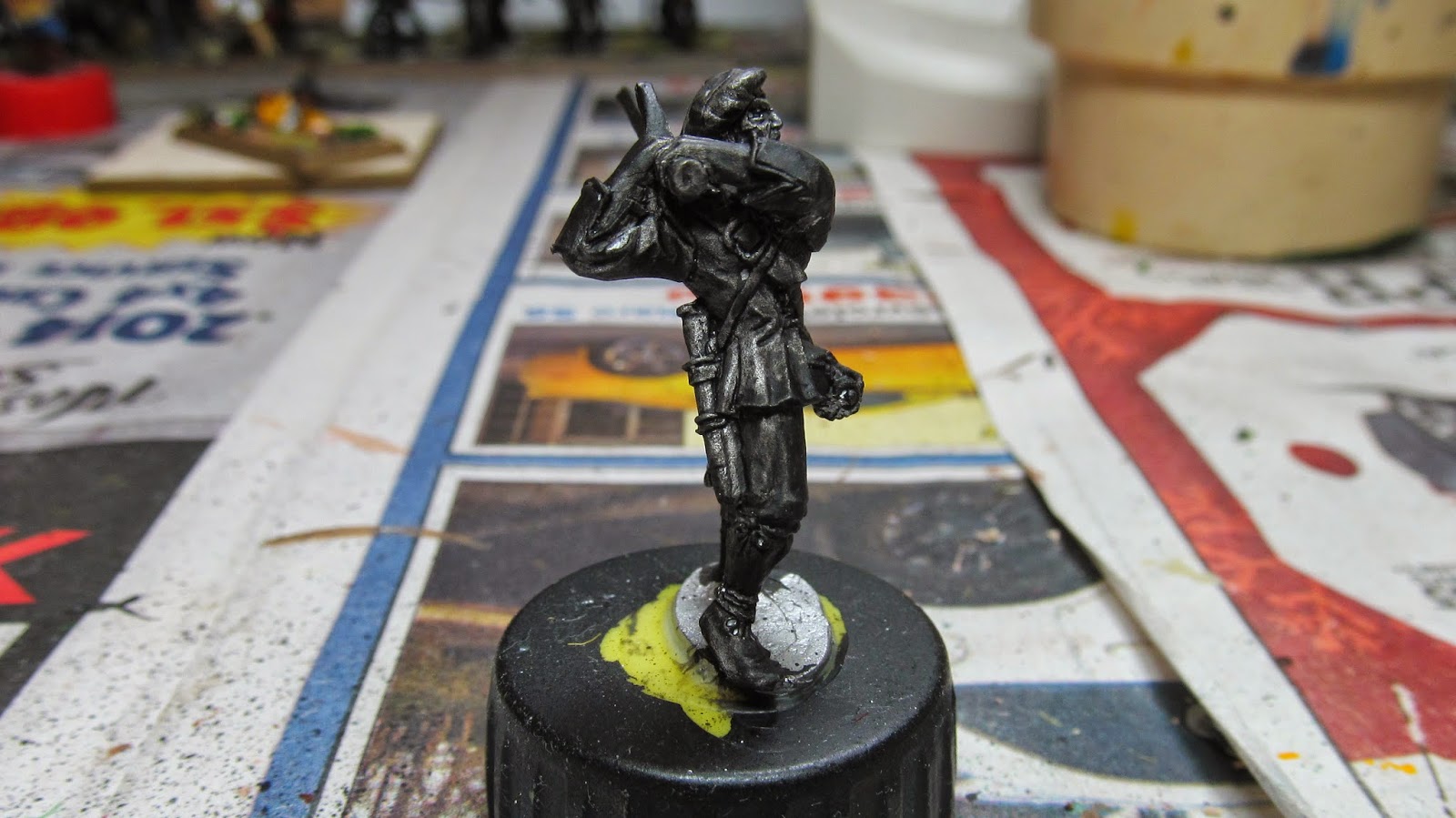 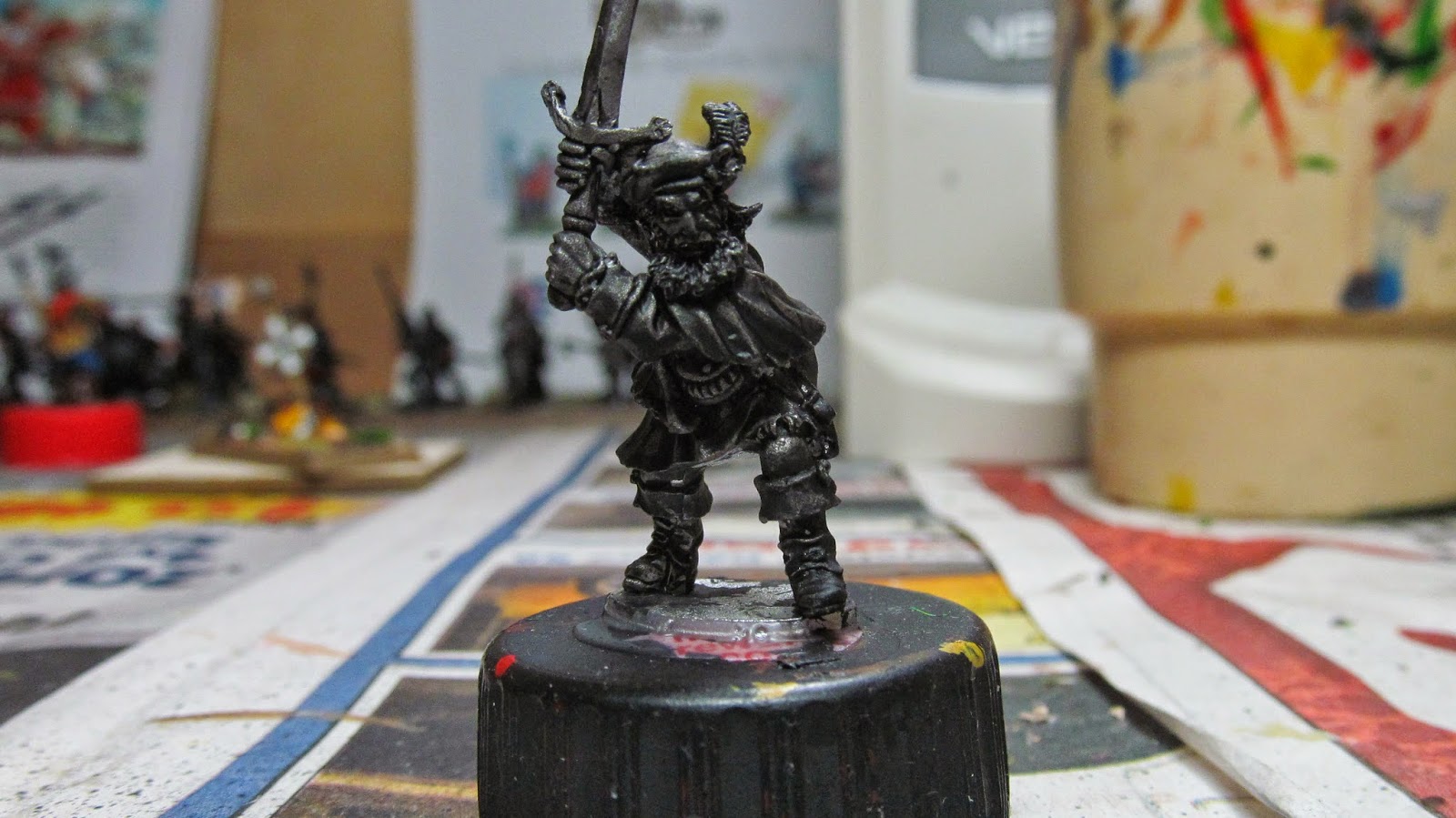 The pack comes with two bodyguards to protect his flanks:  Dubhaltach MacPhee and Calum Mor MacInnes. I have determined that Dubhaltach (Dubya to his friends) is the one wearing the kilt.  All of the figures were remarkably clean casts with virtually no flash and with no visible mold lines. 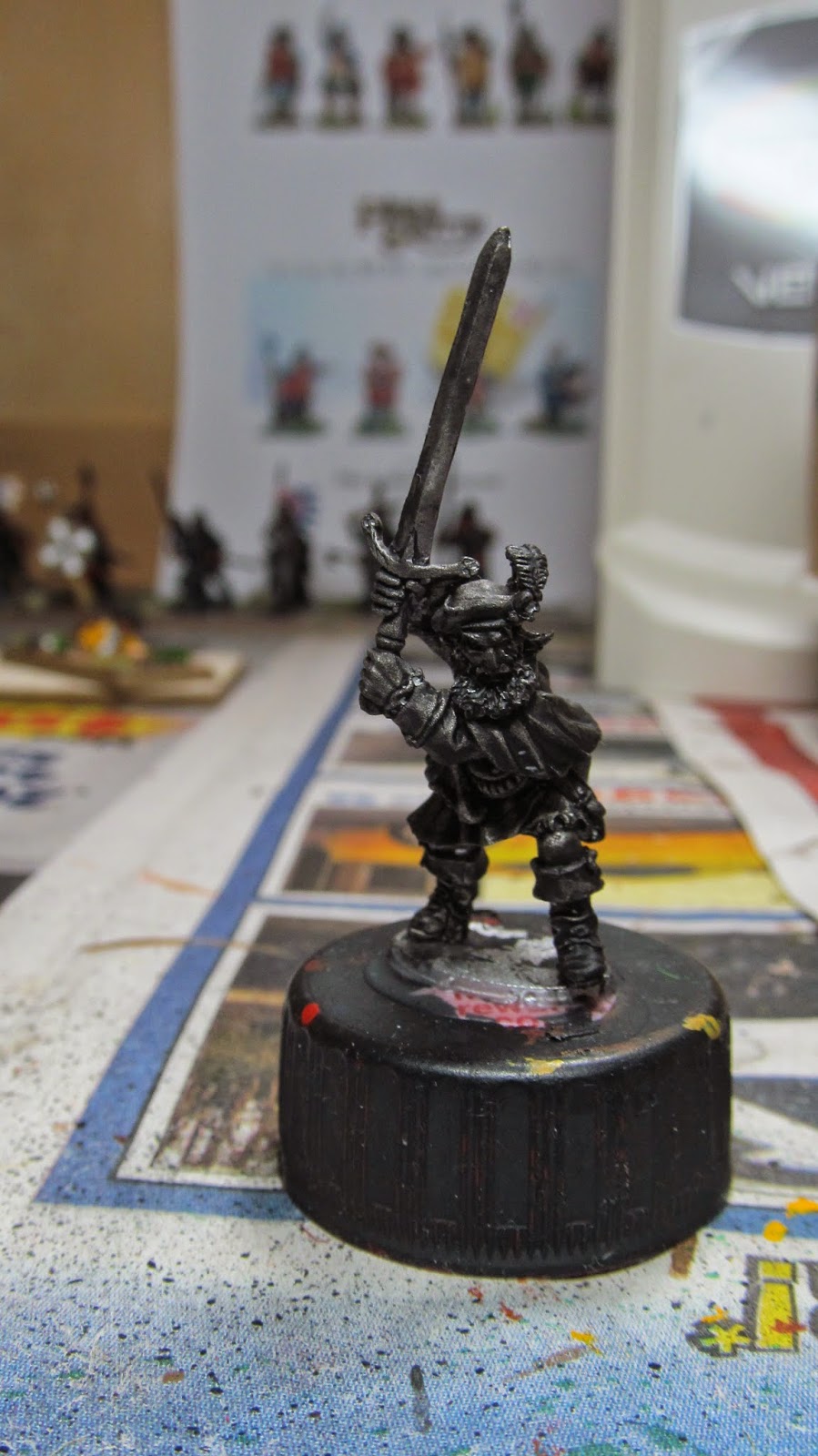 Full view showing the claymore.  All of these figures could easily be used in any highland clan unit. 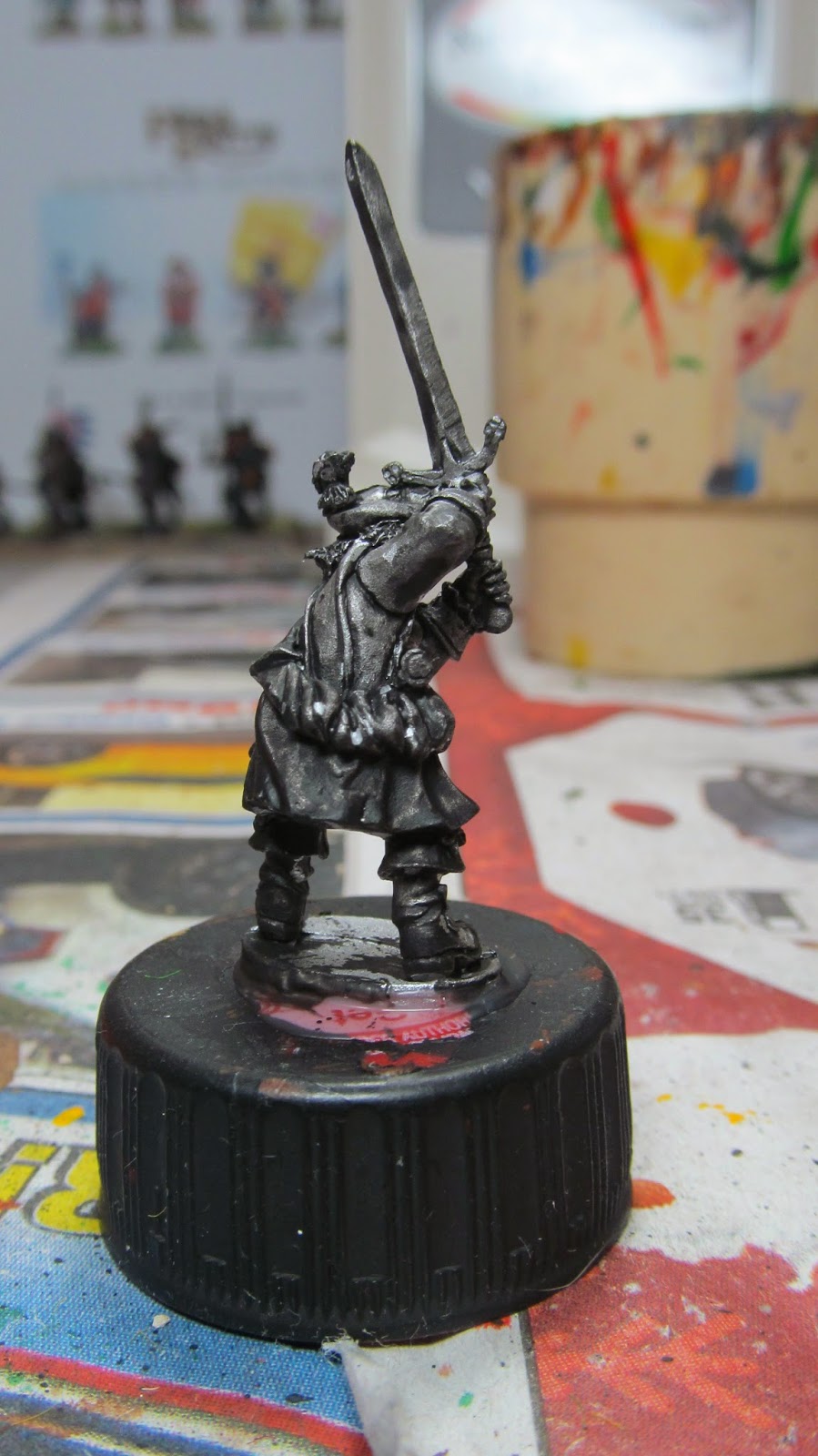 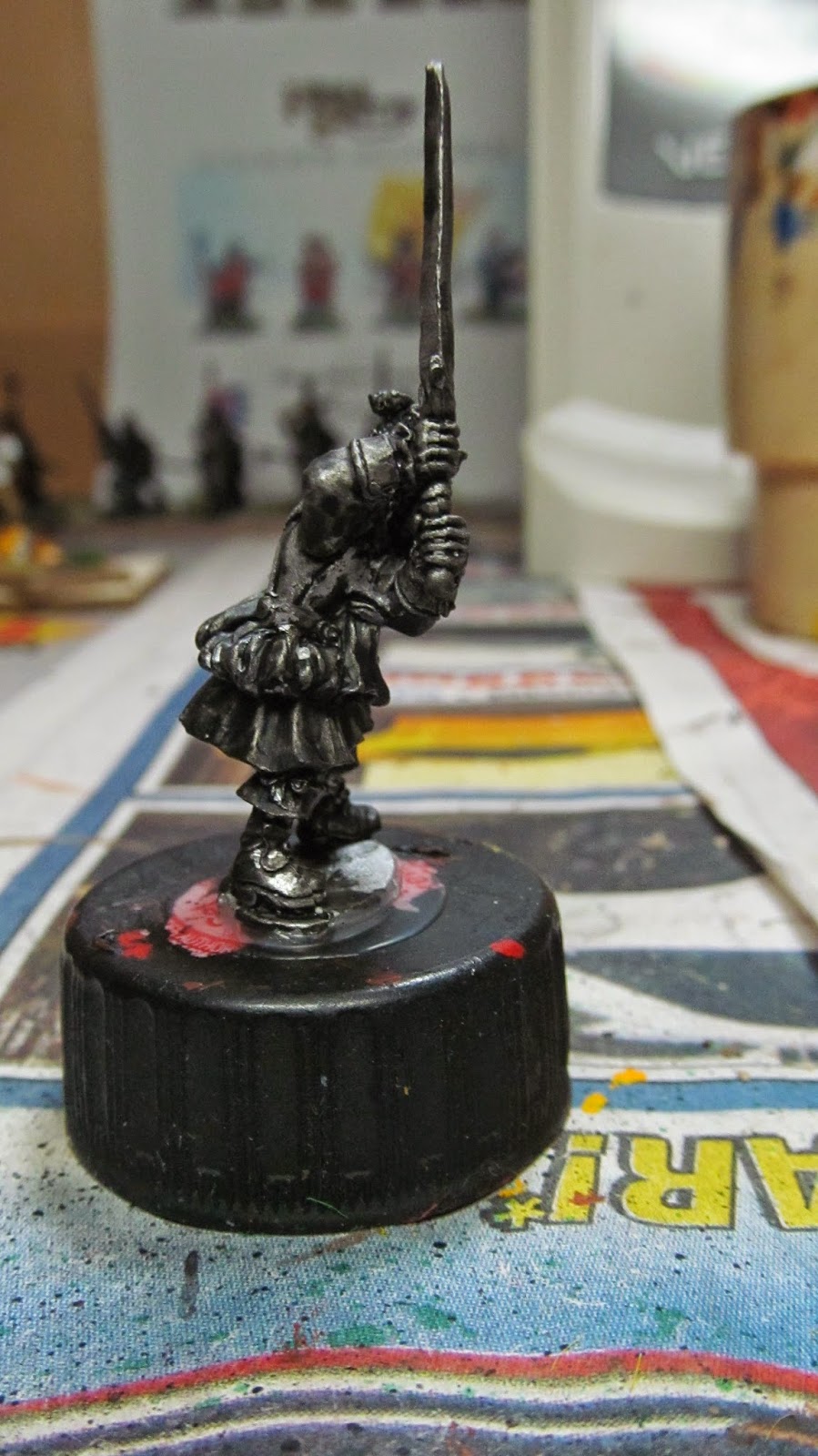 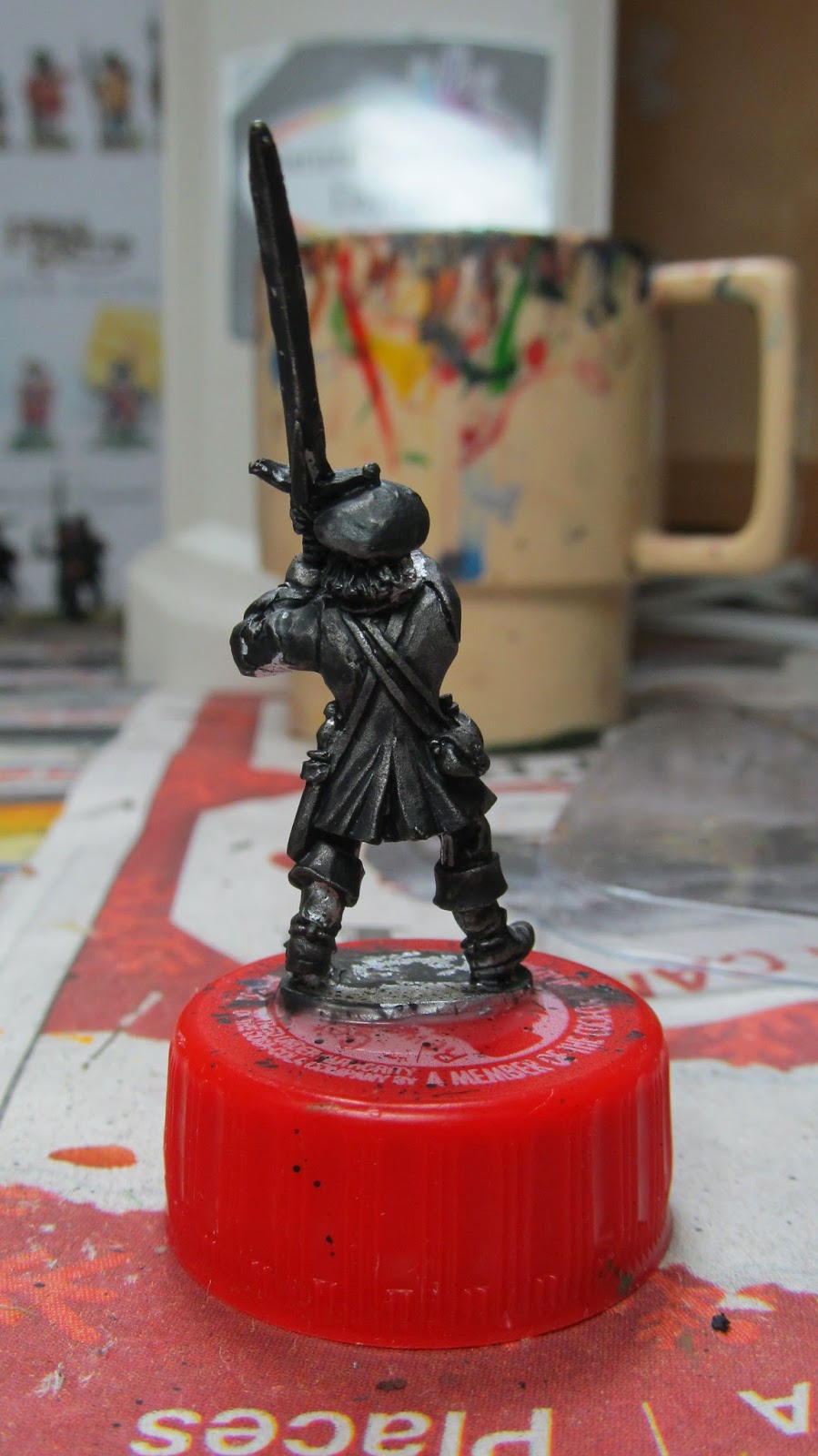 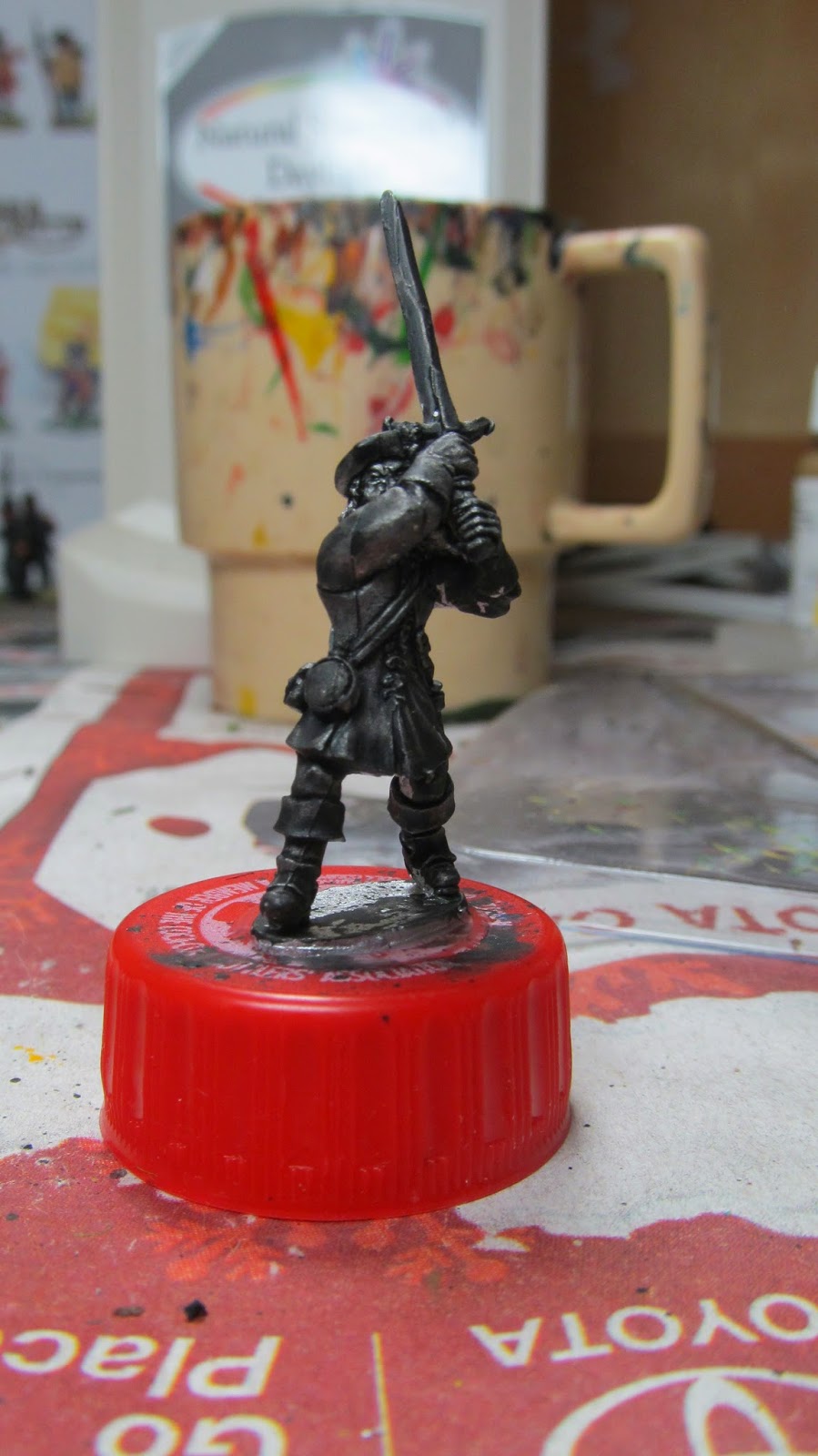 Front and back of  Calum Mor MacInnes wearing some stylish trews and ready to cut down Covenanters. 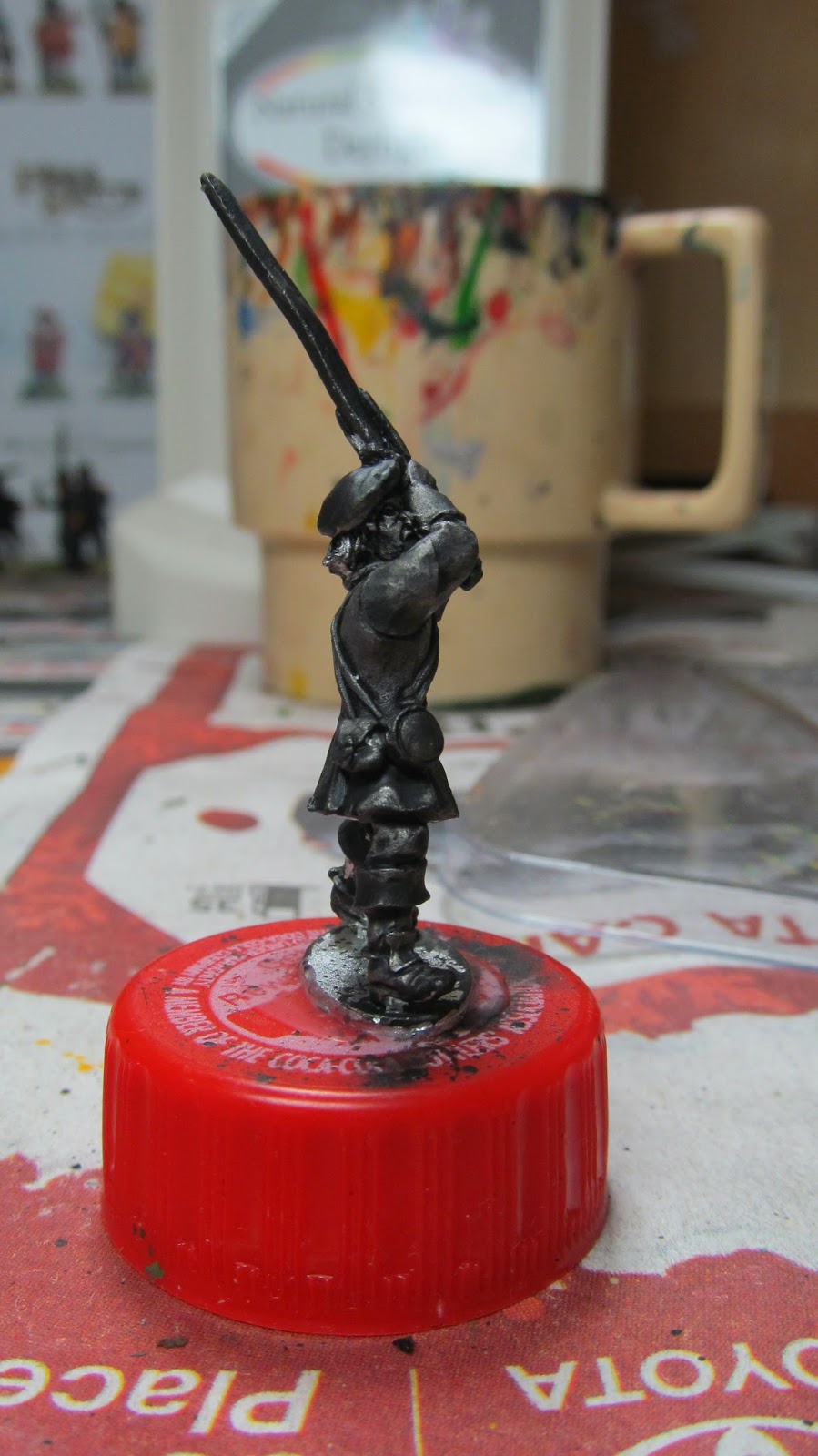