I have finished the Pike and Shotte command from Warlord Games and now all I need to do is paint units for them! 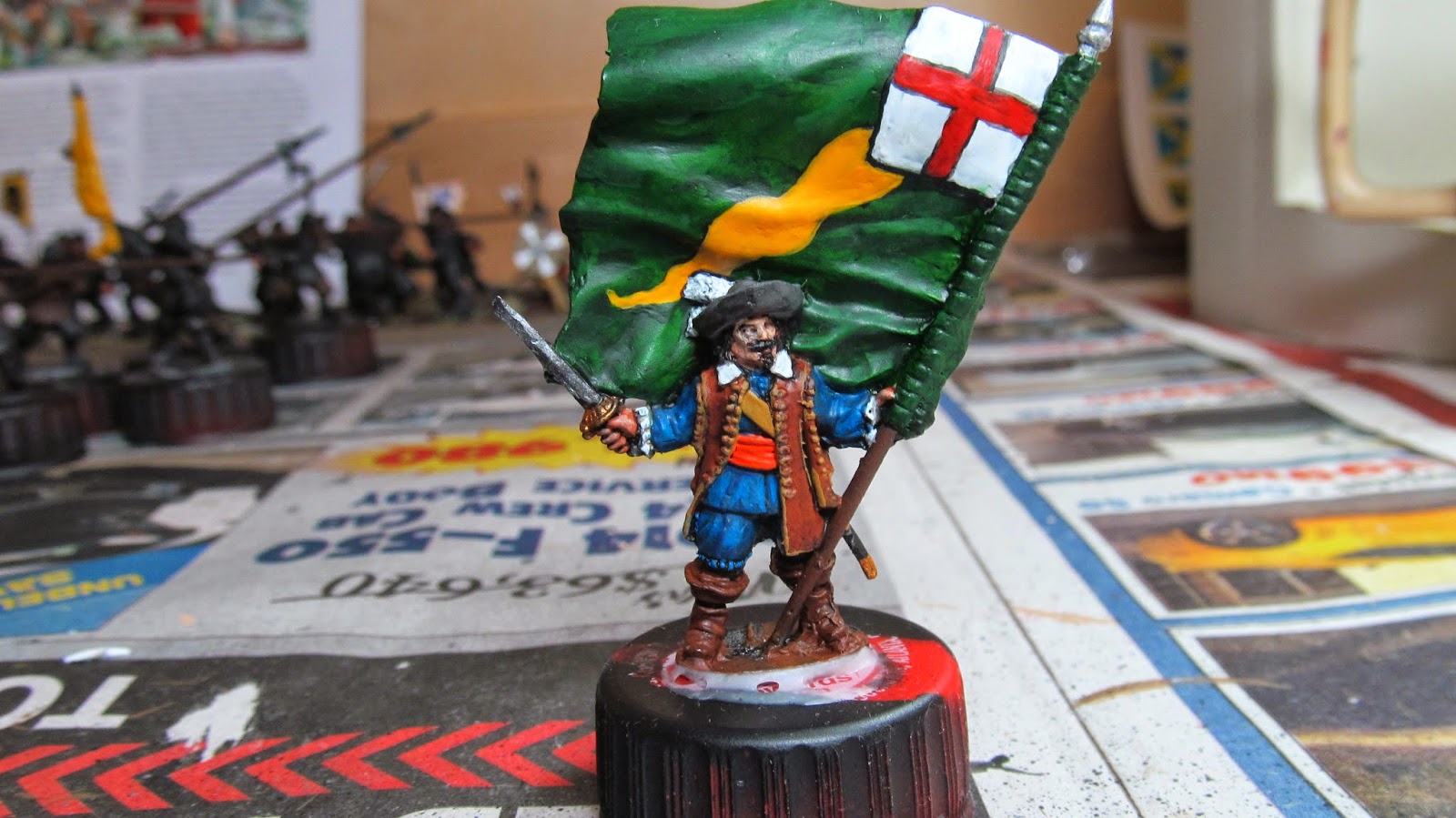 I finally decided to paint a green flag for the ensign since I had no green flags on the battlefield yet. The unit that will be built around him will be Thomas Rainborowe's Regiment of Foot which will have red coats. More on Thomas Rainborow and his moment in history later. 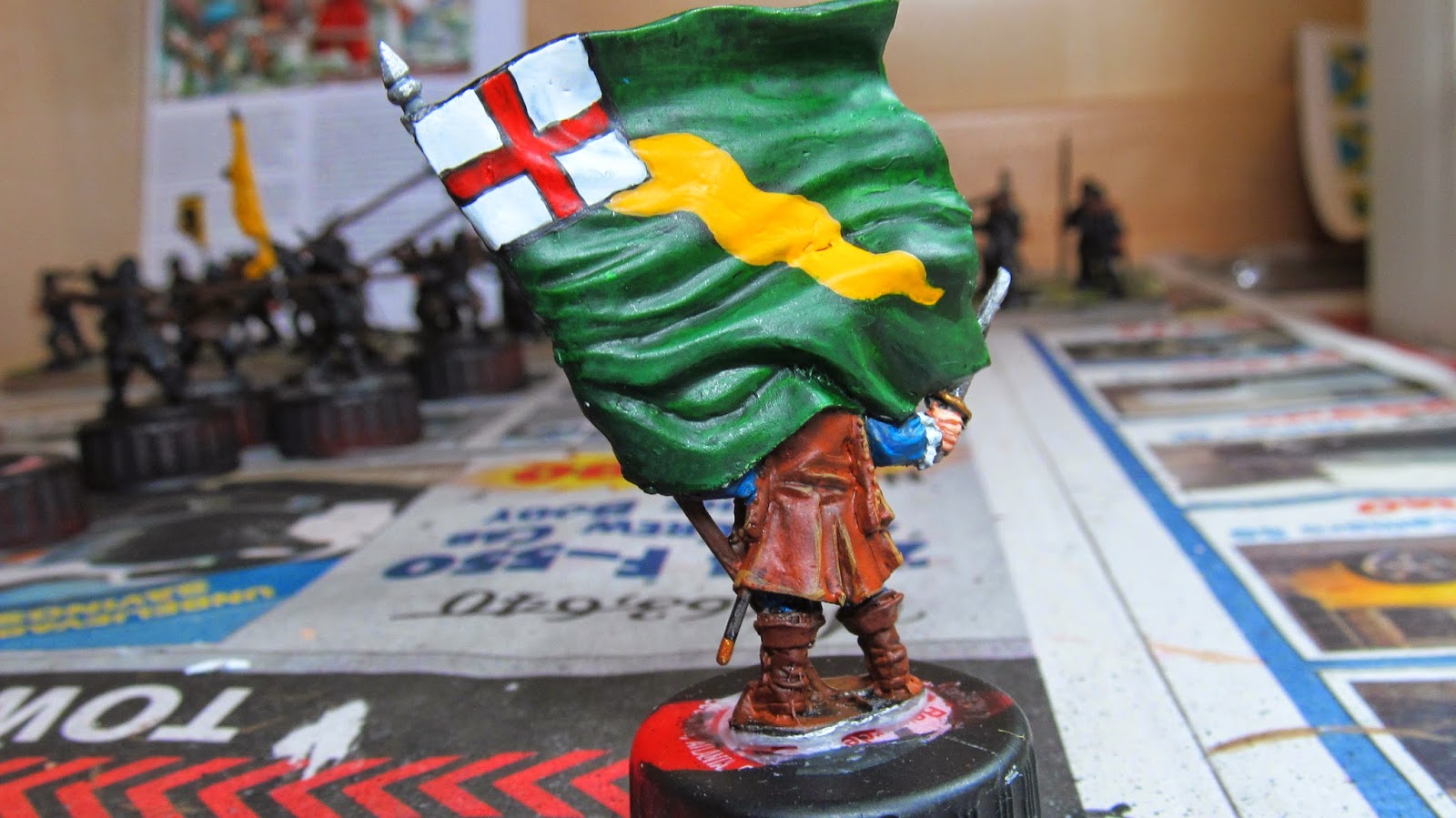 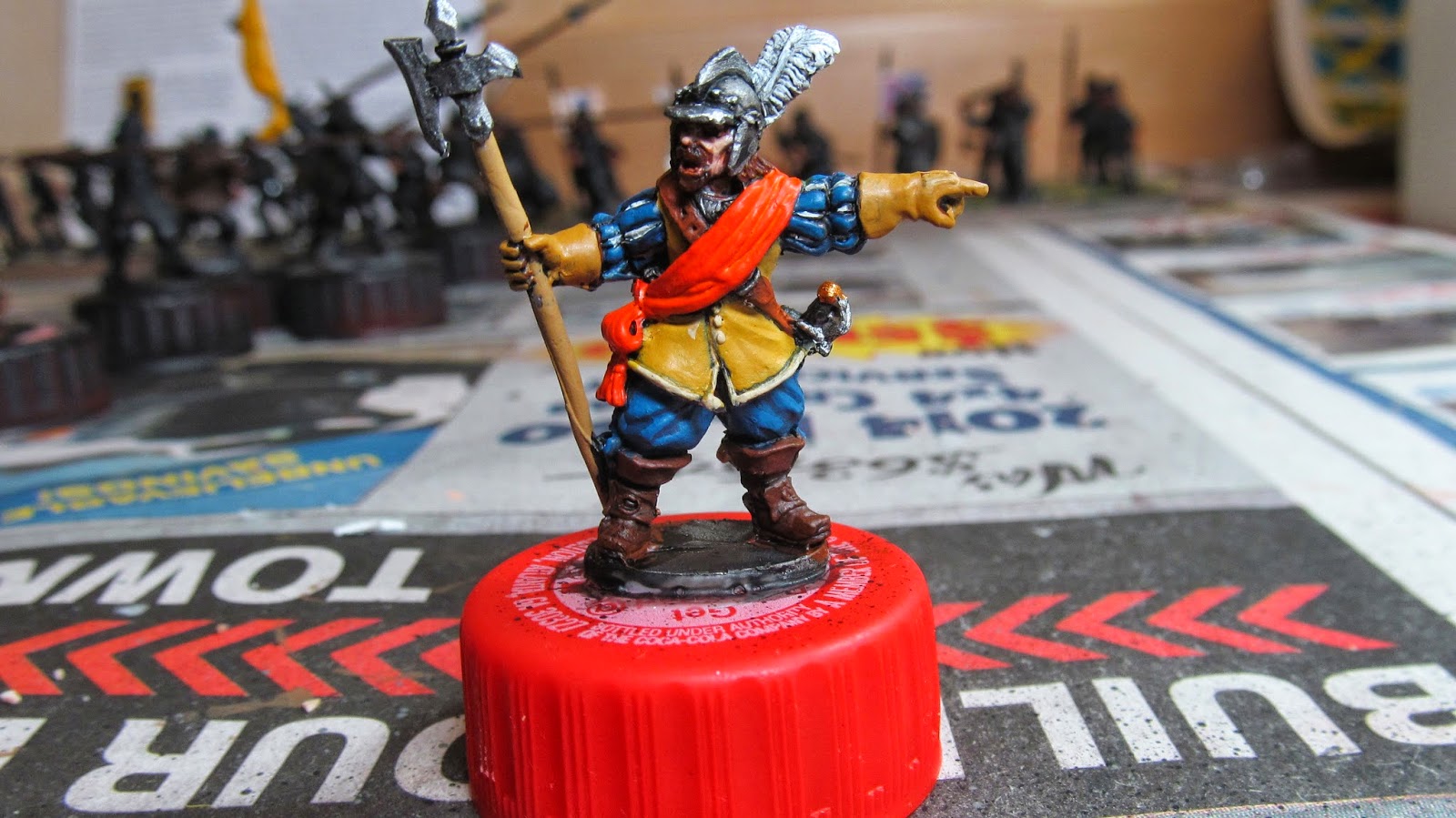 Cleaned up the sergeant which is a great action sculpture. He will be leading a pike block from Sir John Gell's Regiment of foot which are grey coats. 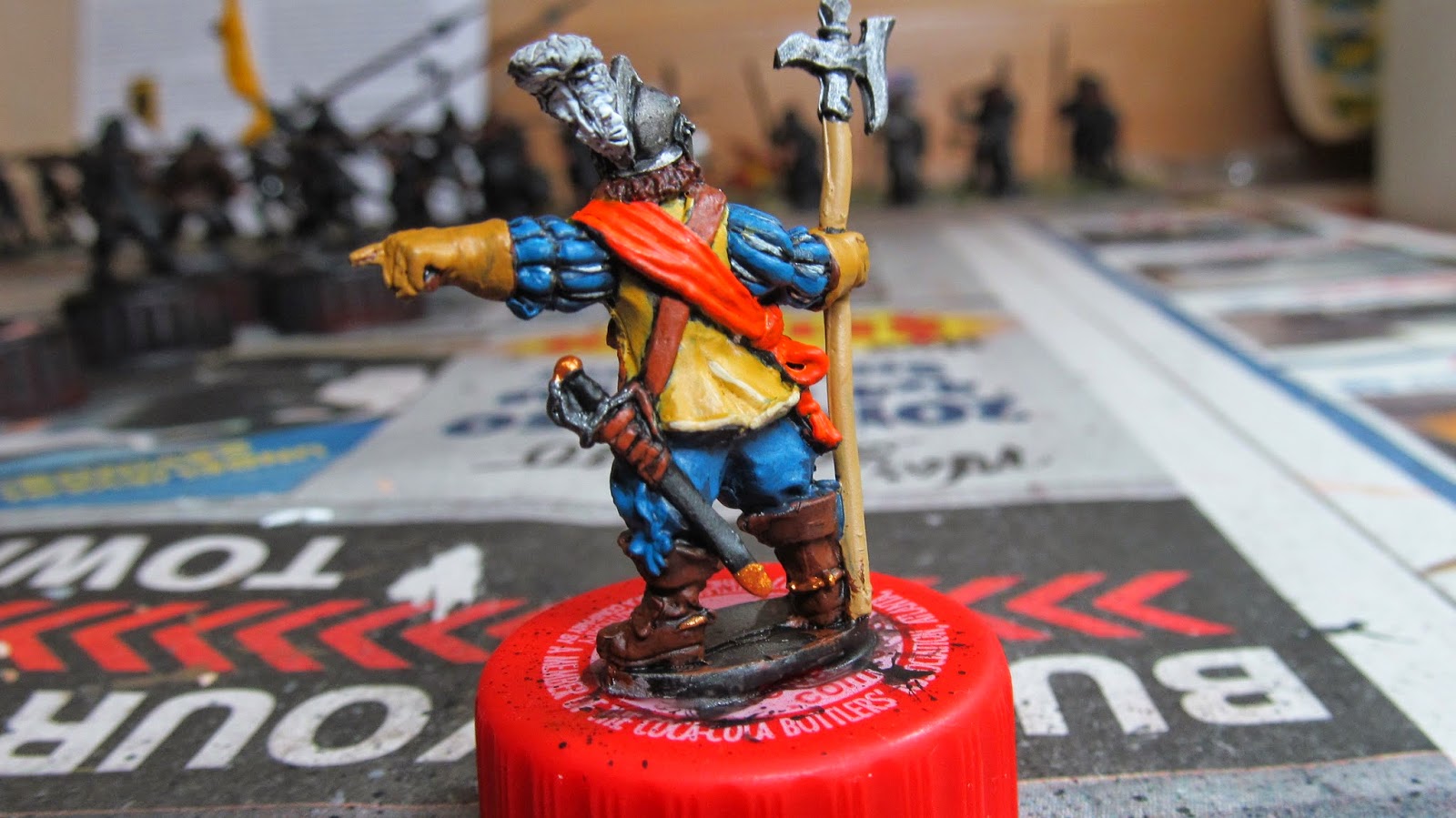 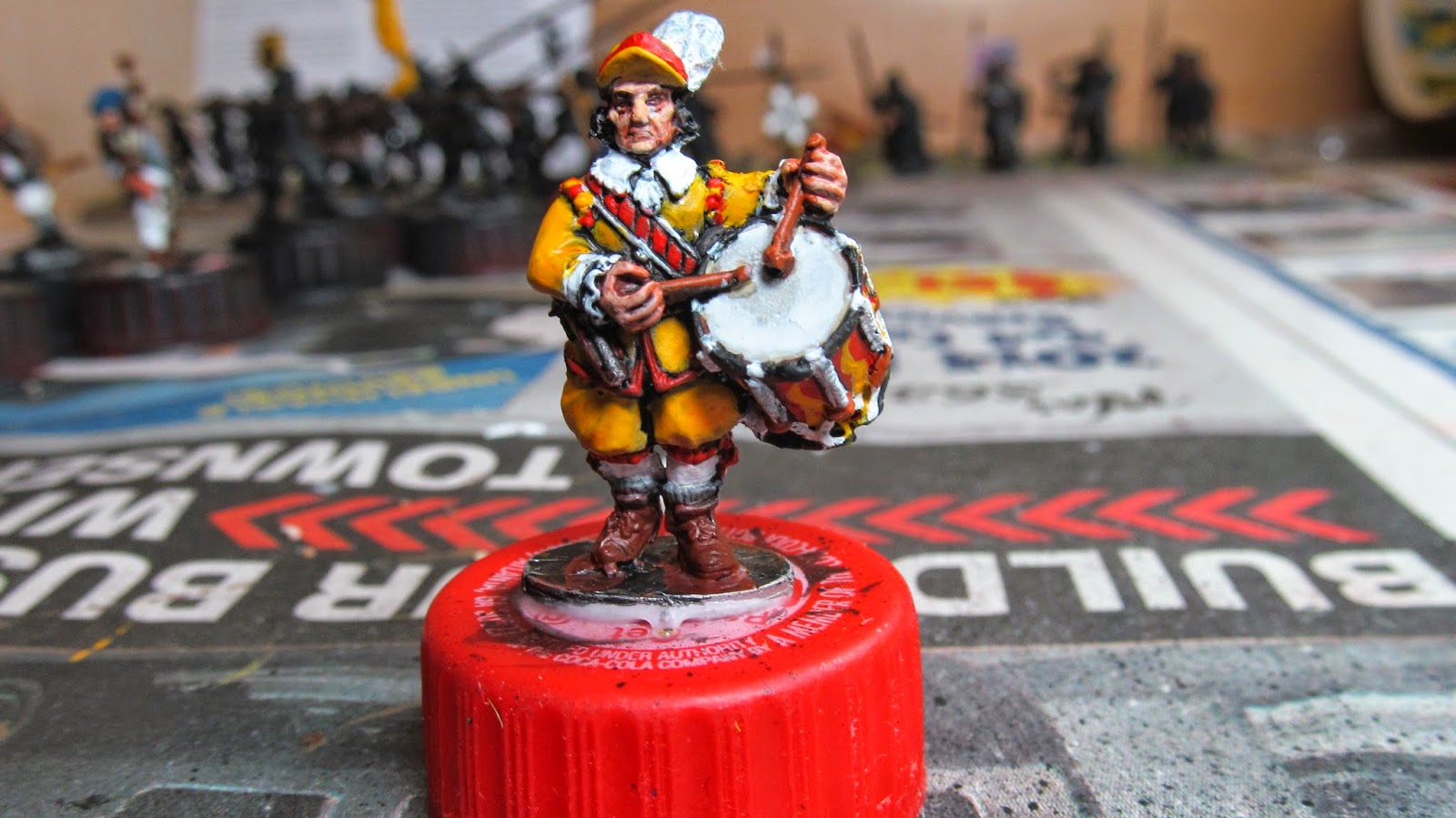 The drummer was a challenge (as is the flag above) as yellow is a tricky color to paint. When painting yellow I use as my base GW's Bubonic Brown (new name is Zemesi Desert) and then if I want it brighter, I use a yellow over it. 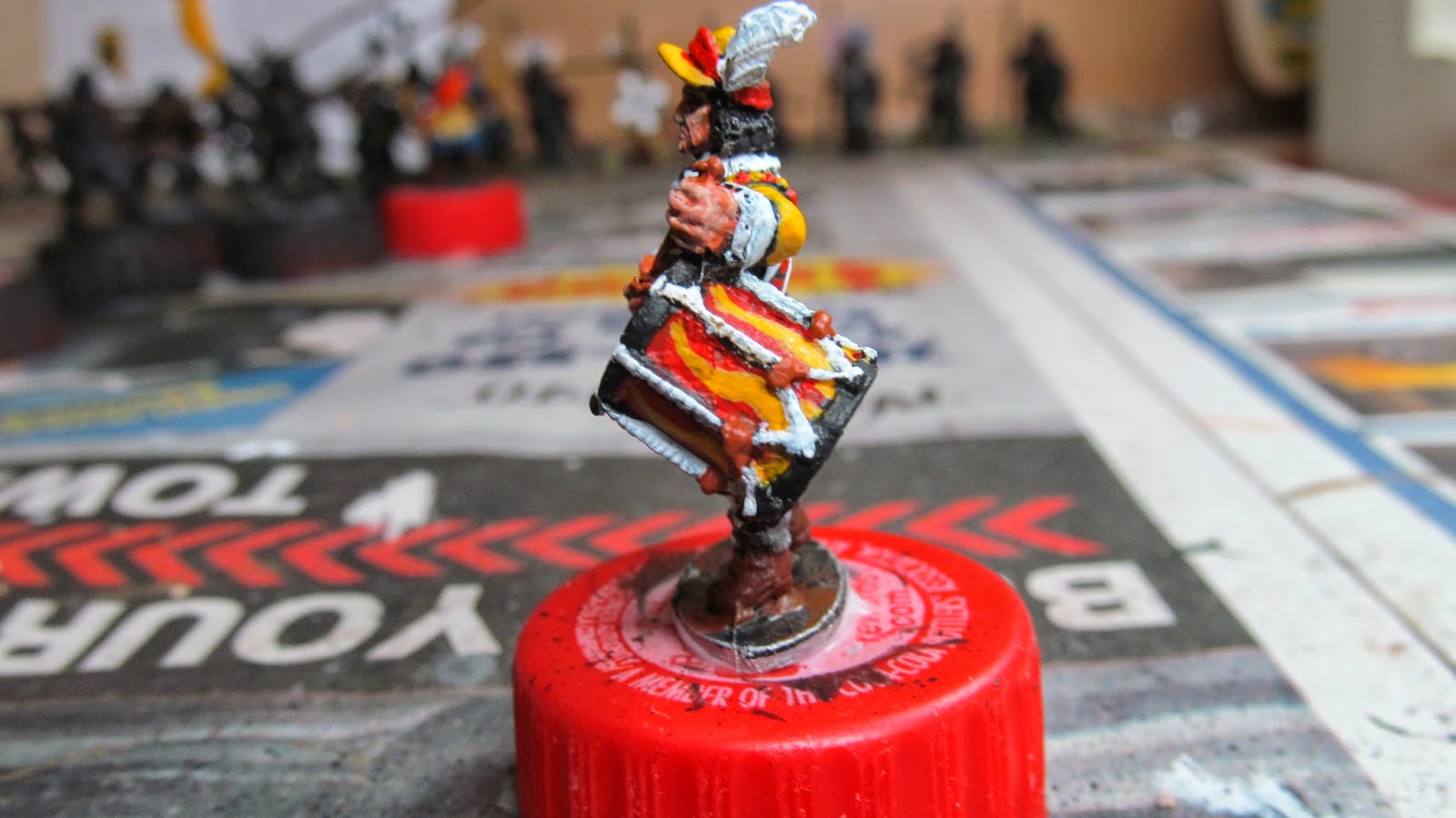 First try at flames on a drum . . . so, so results but that is how you get better. 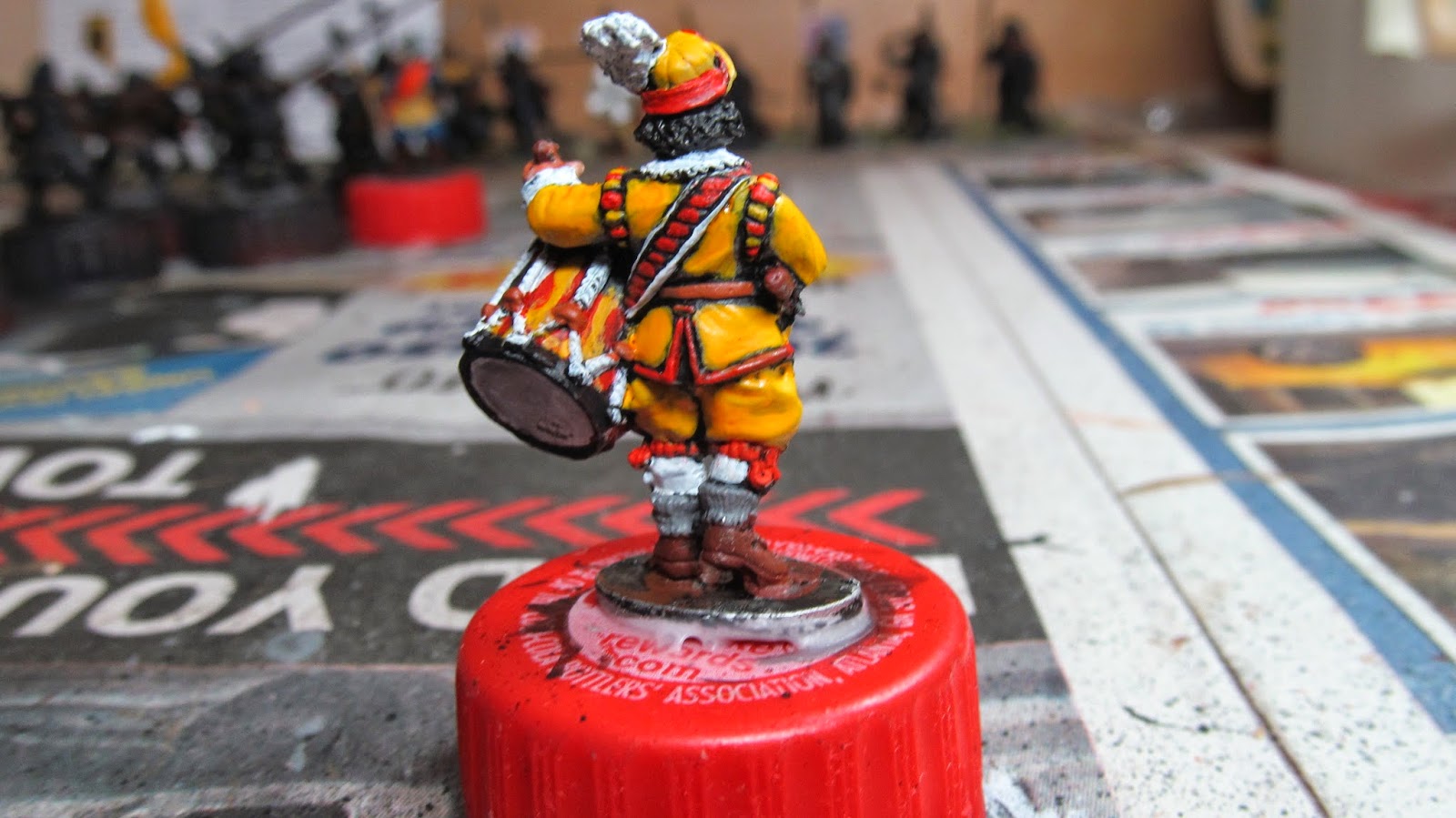 The drummer will be with the Royalists at Oxford as part of John Talbot's Regiment of yellow coats. 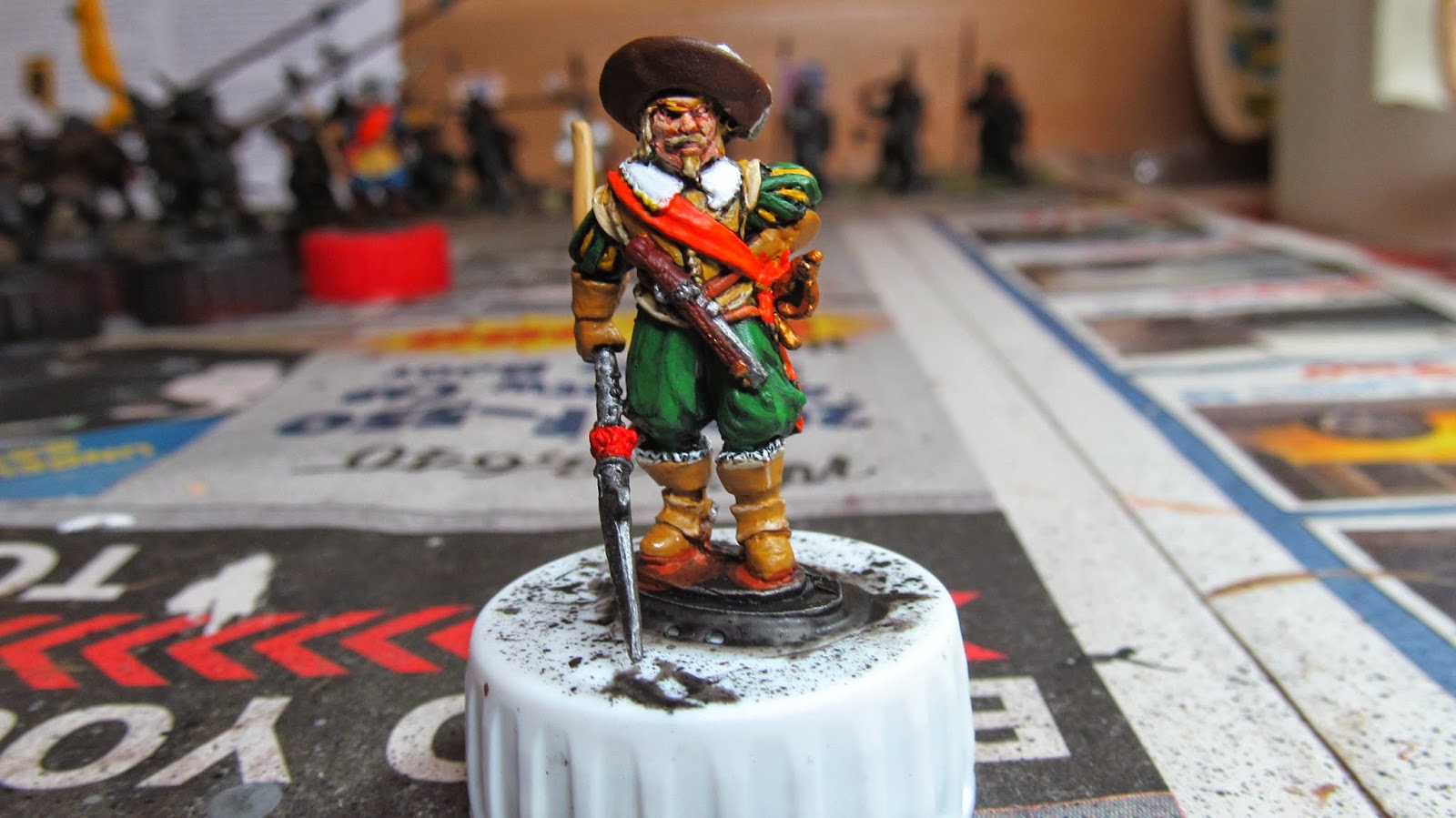 Final cleanup on the officer who will lead  Thomas Rainborowe's Regiment of Foot on the field of battle. 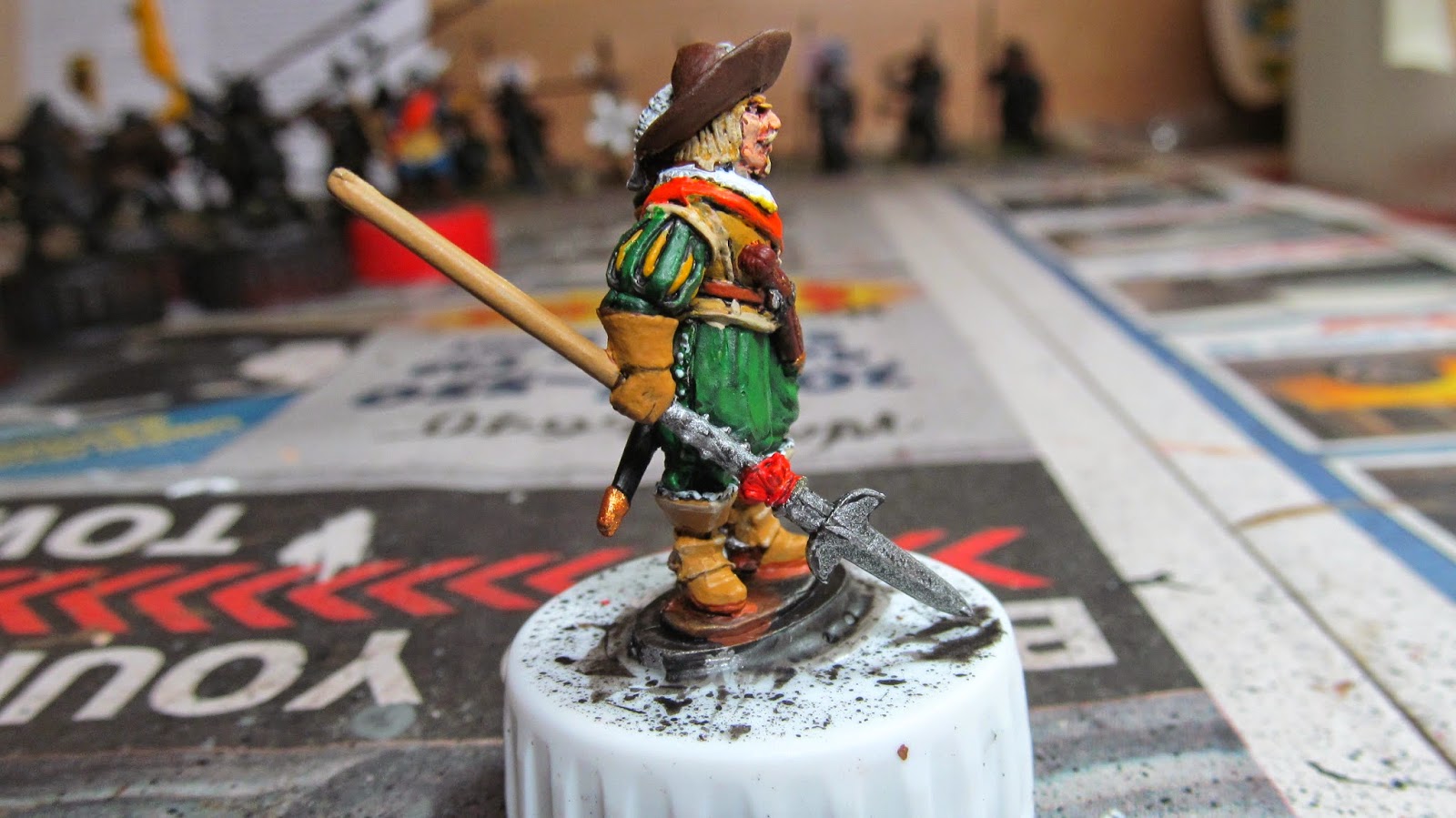 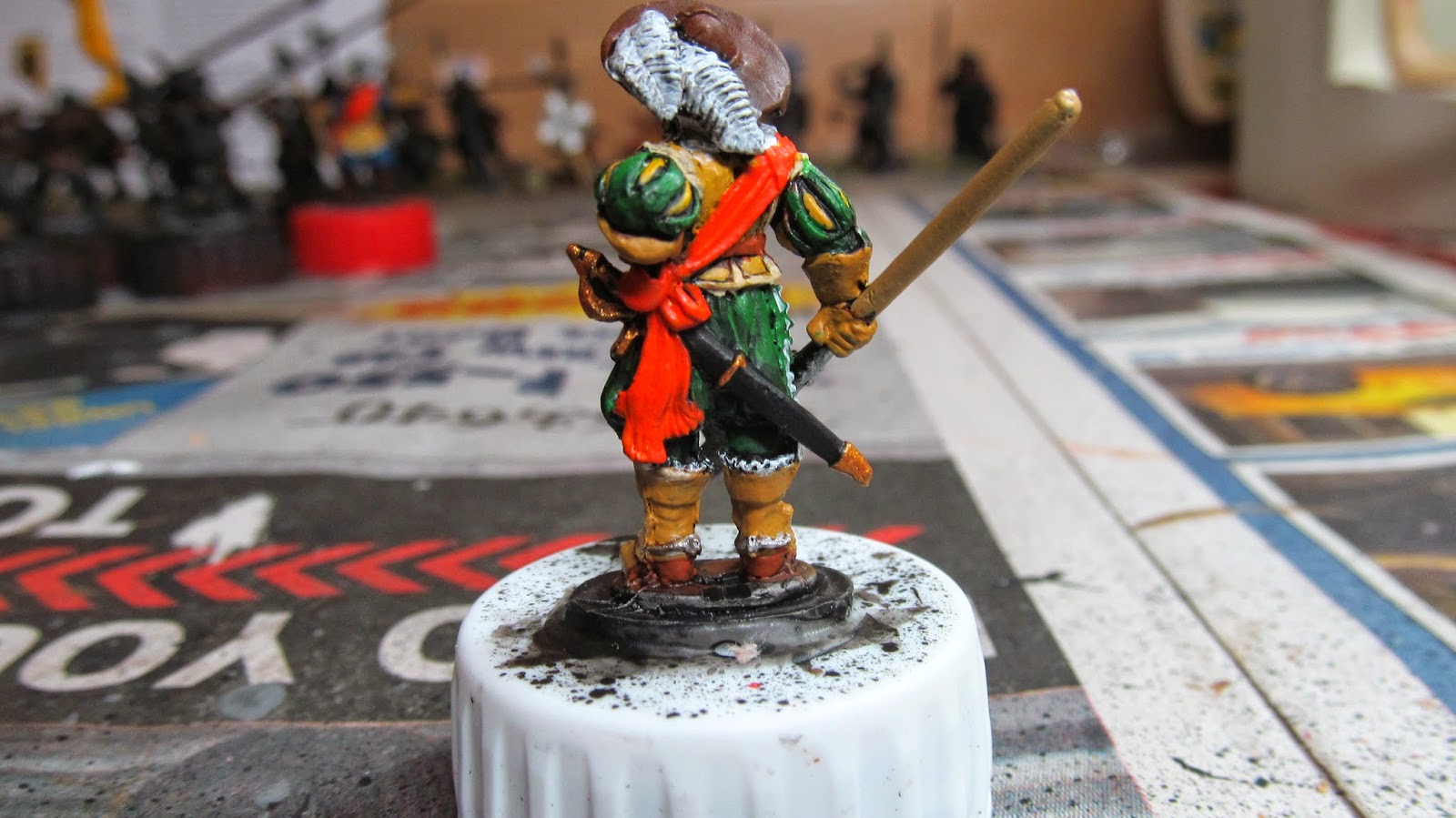