It is really amazing how easy it is to paint figures that are well sculpted and have beautiful detail. I can't say enough about the quality of Warlord Games' Pike and Shotte command blister pack. With the exception of the excess molding on the ensign - which I believe was just a quality mistake - this is without a doubt the best miniatures in their ECW/Thirty Years War that I have purchased. The two officer figures (sergeants were junior officers at this time in history and not the seasoned NCO's we associate with the rank) will both serve Parliament's cause while the drummer will be with the King as part of the Oxford muster. The two officer figures just need a little touching up while the drummer is about half-way done. 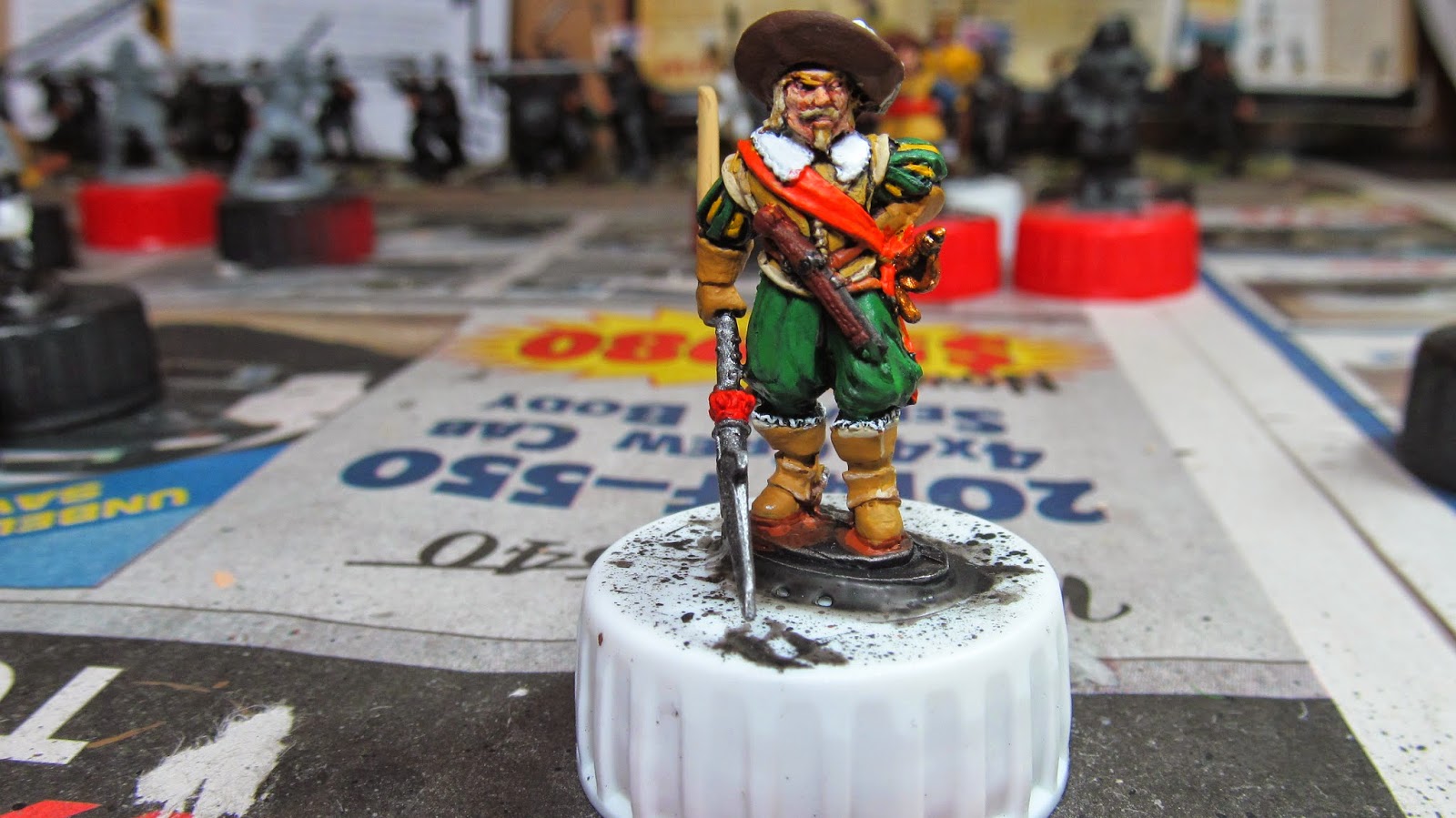 You were late to formation! 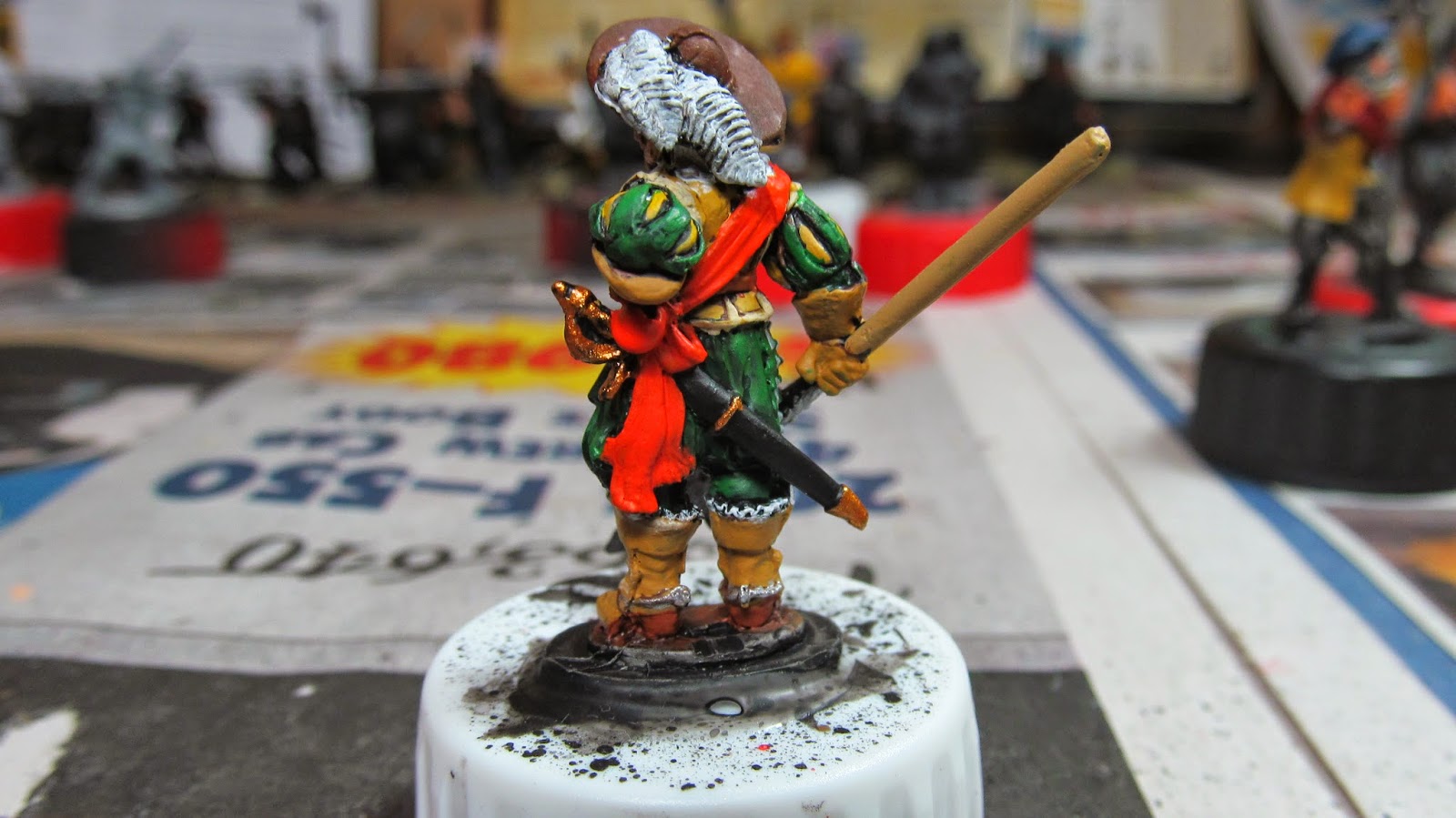 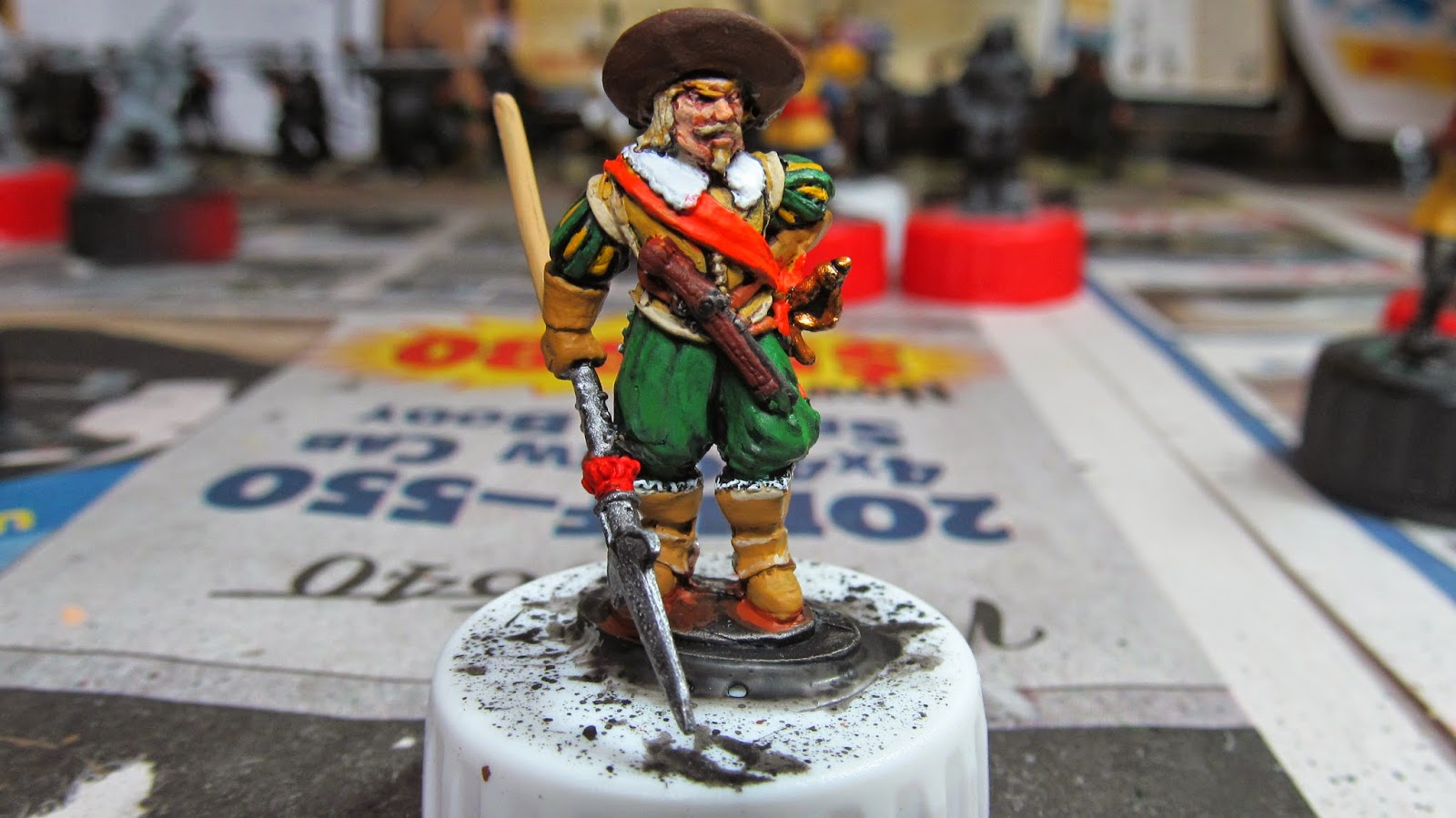 He is definitely not happy with how his men are performing drill. 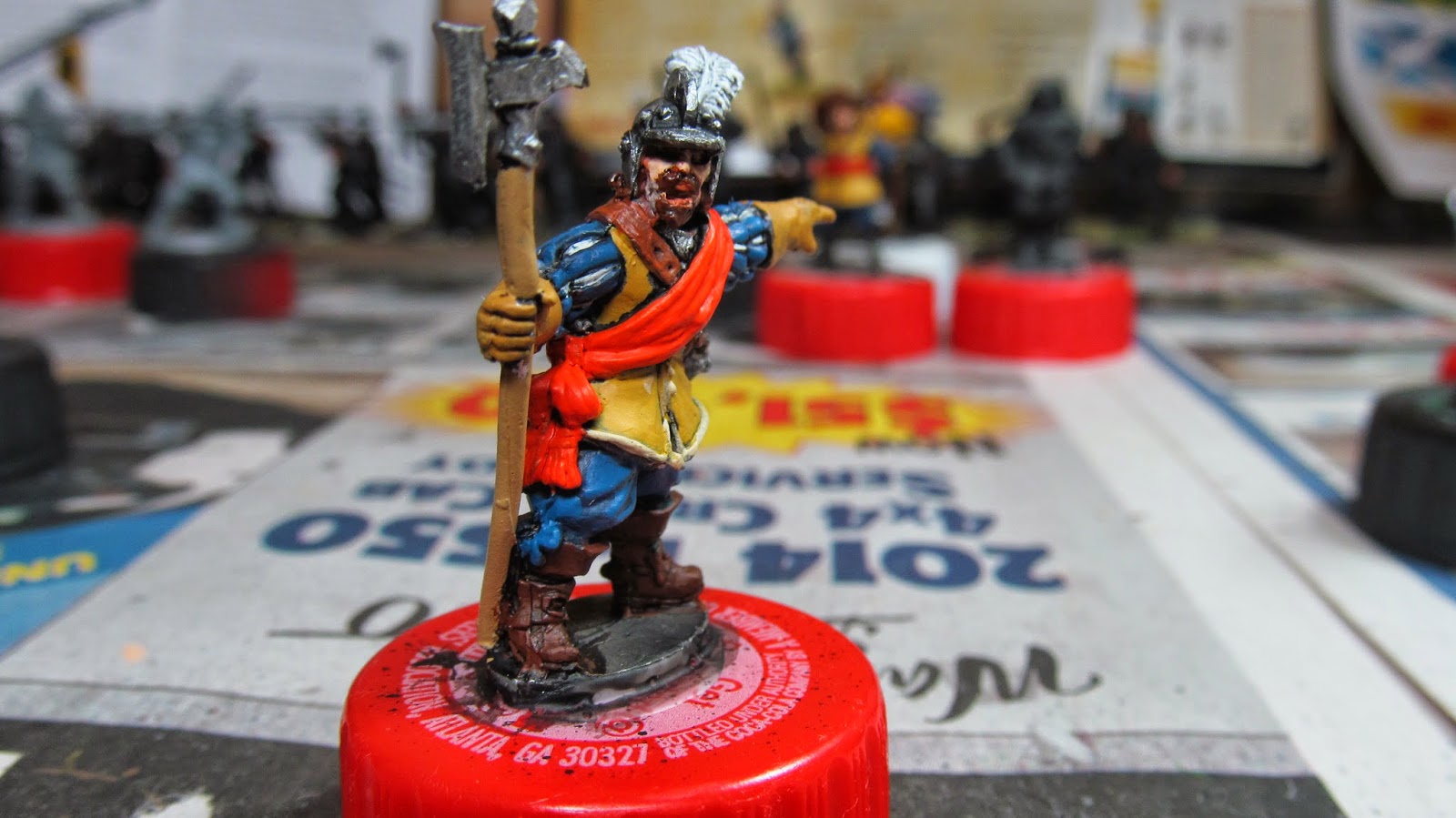 When I first pulled this figure out it took me about 3 seconds to decide on a vignatte when it is mounted with his element for Victory Without Quarter.  This sergeant will be leading a charge with a block of pikemen. 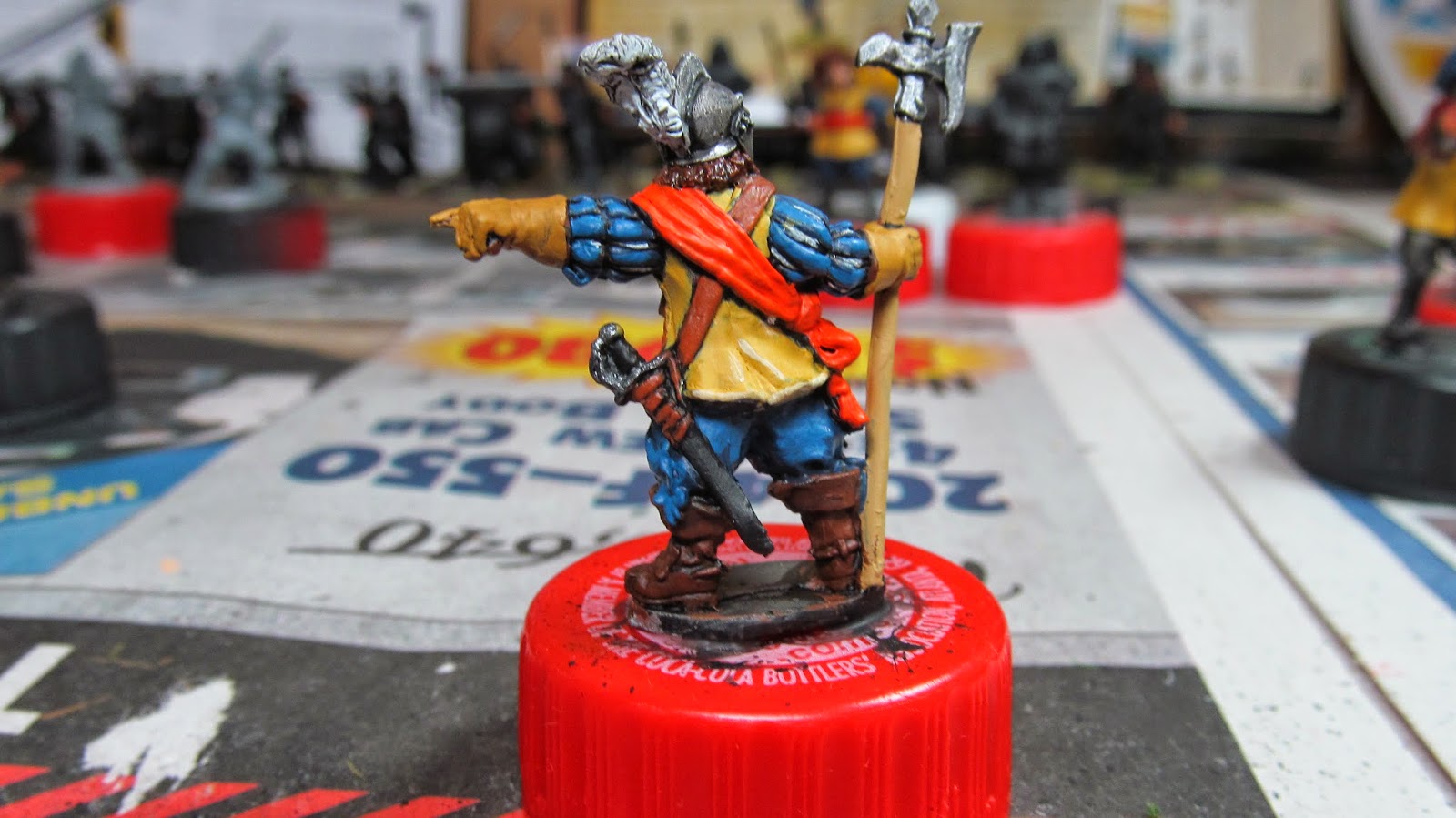 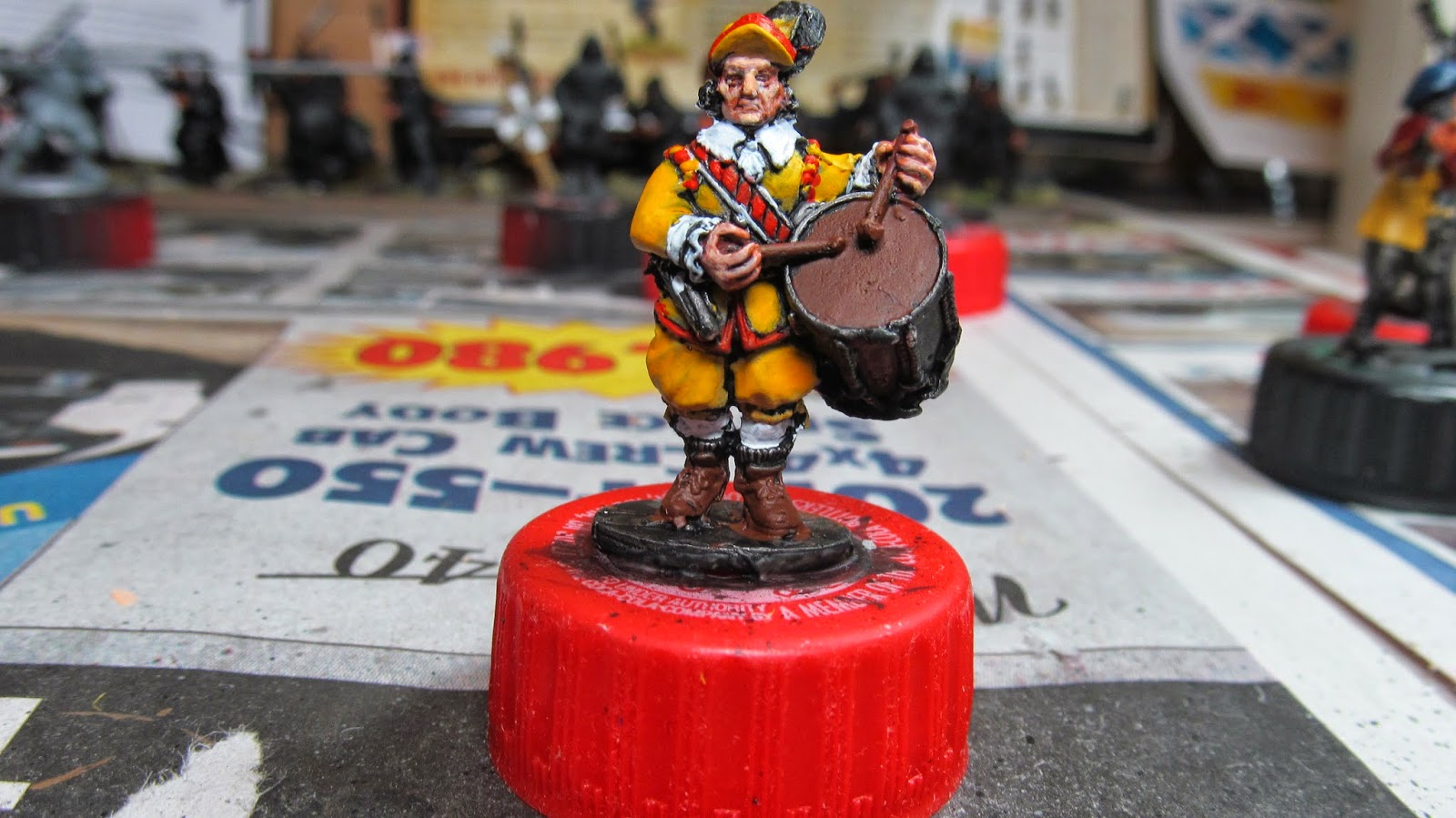 The drummer will be part of Talbot's Yellow coats. There is not a lot of evidence for the uniforms of musicians in the ECW so I am taking some creative license with this figure. 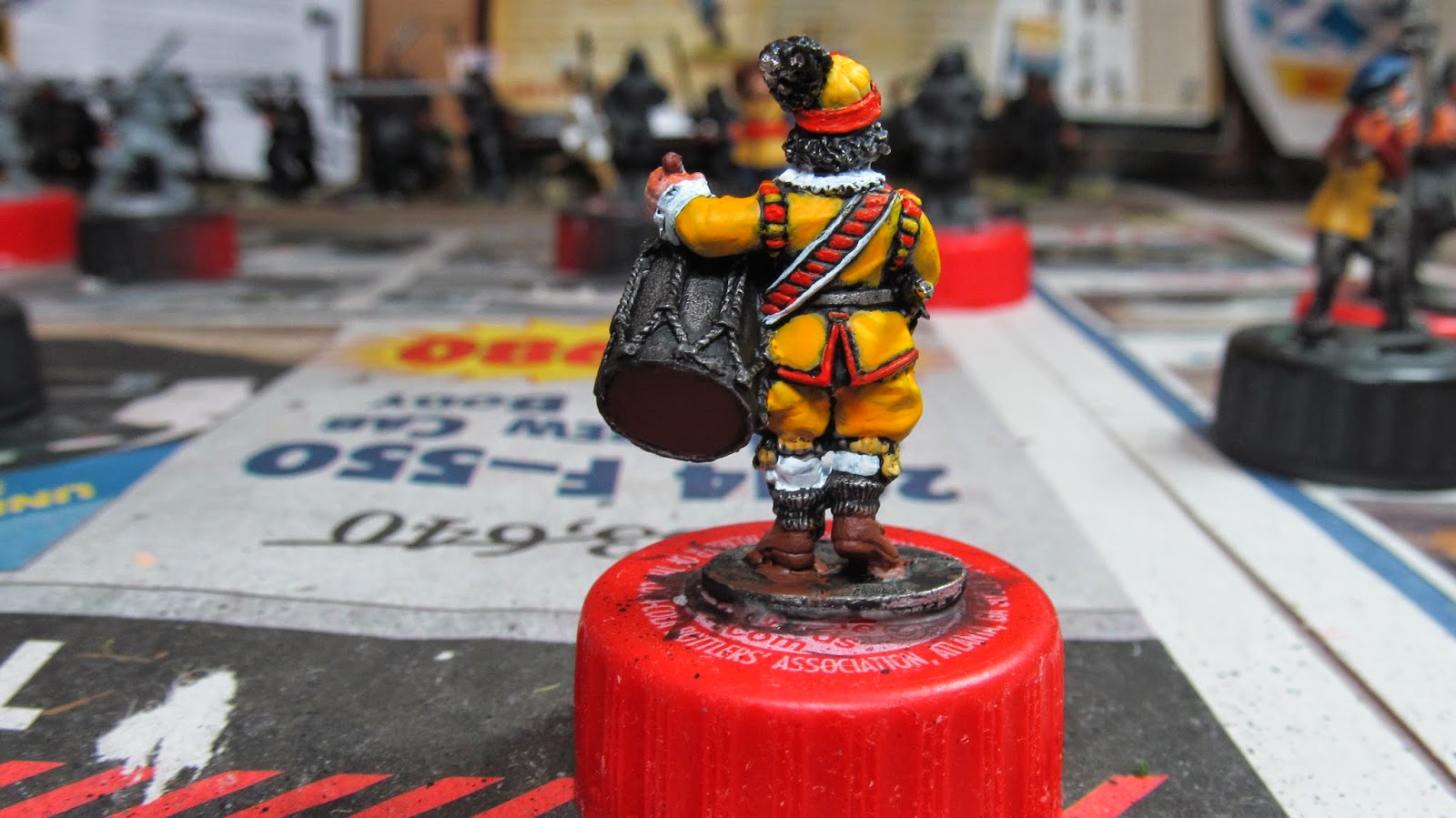 I am researching the existing known drums, illustrations and descriptions before I tackle painting the drum. One source I have found useful are the websites of reenactment units of the English Civil War Society and the Sealed Knot. 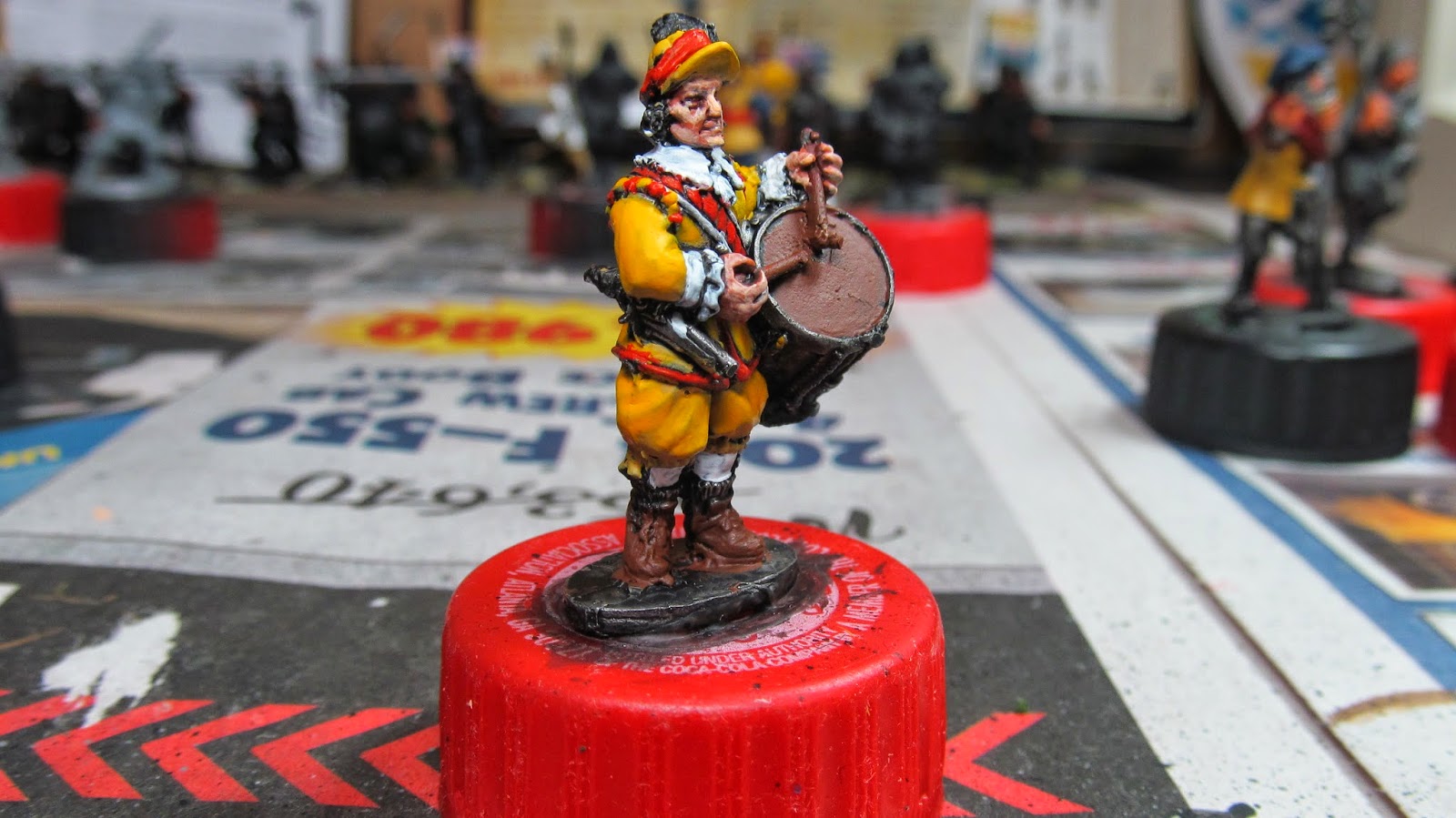 I still have not decided how to paint the ensign that came with the pack. Once I decide on a regiment and flag he will join the production line.
Posted by Neil at February 05, 2015