"Hi. My name is Neil and I play Warhammer."

In celebration of admitting my love for the game in front of grown-ups, here is my Bretonnian Army.  The army was put together when the official army list still had foot knights; since I don't play tournaments we just add what we want!  I have no idea what addition of the rules are the current rules, but it is a fun game to play.  My Bretonnian army consists of brave heroes and stalwart commoners defending the realm against the forces of evil. 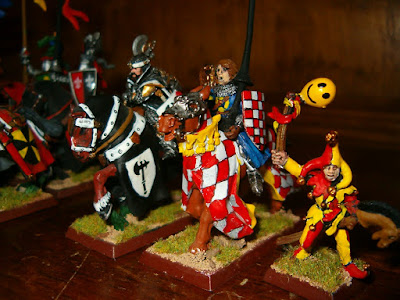 The army commander with battleaxe next to one of his loyal lieutenants.  One of my favorite characters is Jules the Jester. 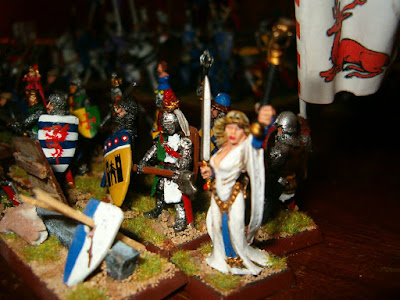 One of the brave ladies of Bretonnia who add some magic to the force.  She is also a constant reminder of why the boys are fighting!  Dismounted knights are from Wargames Foundry courtesy of eBay. 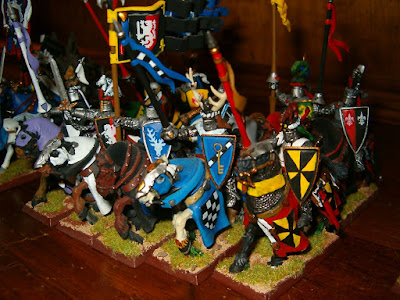 What would be a Bretonnian army without mounted knights of the realm?  Plastic set from Games Workshop. 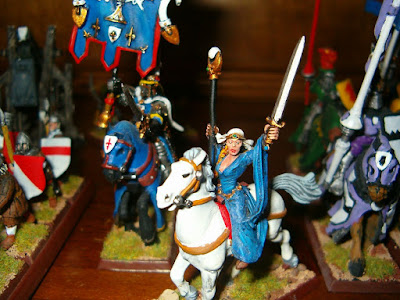 A mounted Lady of Bretonnia with the army's banner behind her.  Figures from Games Workshop. 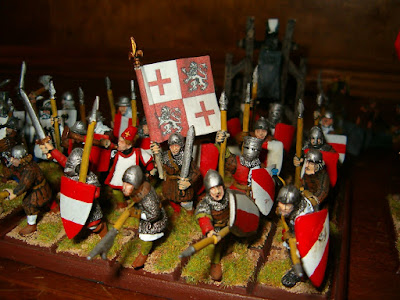 Men-at-arms charging into the fray.  Figures from Wargames Foundry. 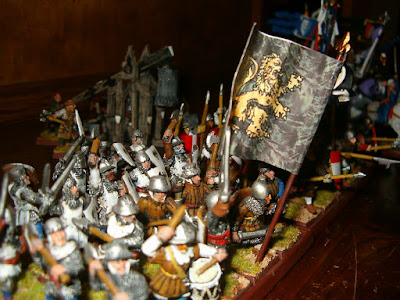 More men-at-arms with a trebuchet in the background. 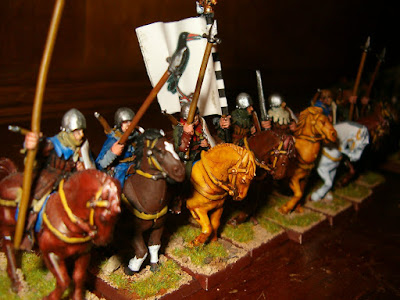 One of my all time favorite units is this mounted unit of light cavalry.  They've also been known to raid France during the 100 Years War.  Figures are Games Workshop. 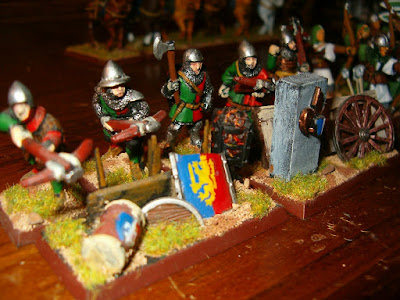 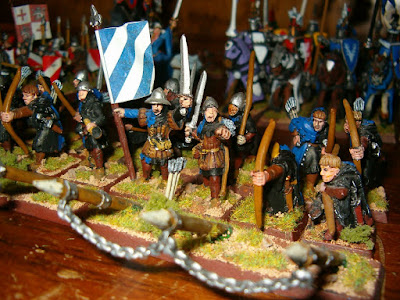 One of my archer units. I have 2 units of 12 archers each.  When both units fire at the same target that's 24 potential hits coming your way.  Figures from Games Workshop. 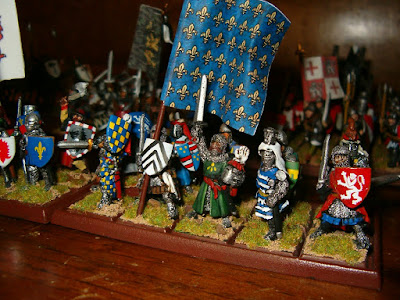 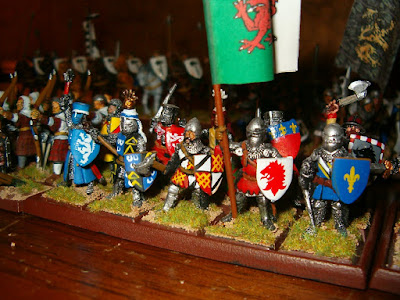 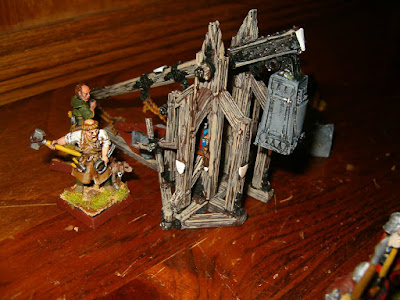 The trebuchet suffered from shiny new model syndrome in it's first battle; 3 misfires until it finally landed a rock on some Orks. 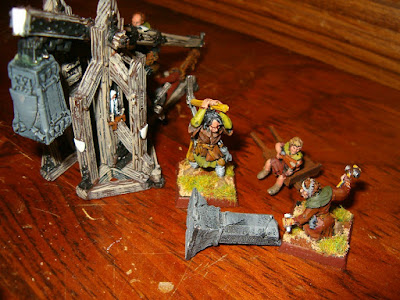 I really like the crew figures working on making more ammunition. 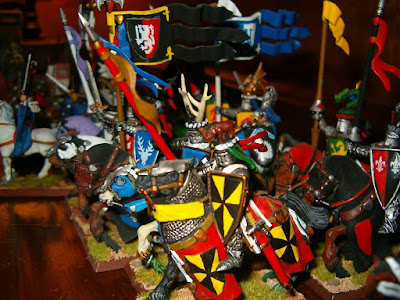 Another angle of the knights from the plastic box set. 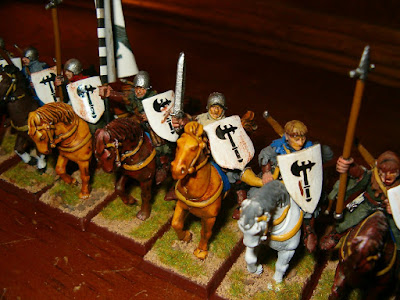 The eyes and ears of the army prepare to head out. 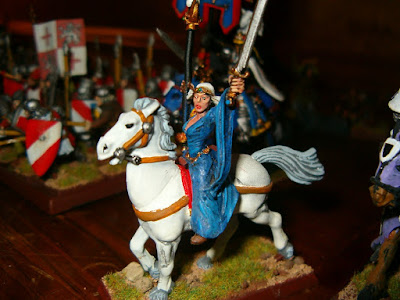 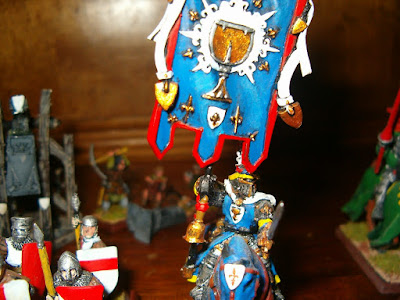 The Grail Banner of Bretonnia. 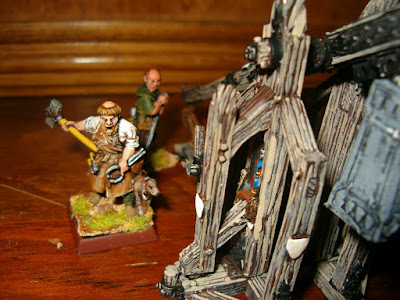 The master does not look pleased!
Posted by Neil at 11:05 AM