With the outbreak of active hostilities in this "Warre without an Enemy" another regiment for Parliament is raised.  With their gray jackets, this gave me an opportunity to experiment with color using GW's Flesh Wash over Dawnstone Gray. I really like the results of the jackets which give them a darker "campaign" look. 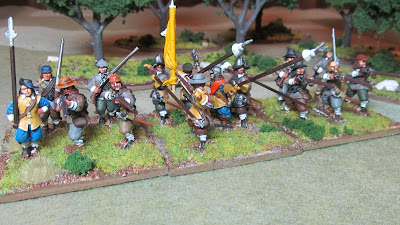 All figures from Warlord Games.

Though created a baronet in Janurary 1642, Sir John Gell supported Parliament on the outbreak of the English Civil War eight months later. He was commissioned by the Earl of Essex to secure Derbyshire for Parliament and made his base at Derby, where he raised infantry and cavalry regiments and a small train of artillery. As Derby had no castle or walls, Gell ordered the construction of extensive earthworks around the town. 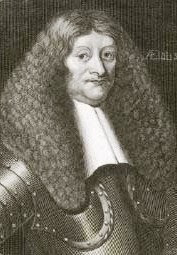 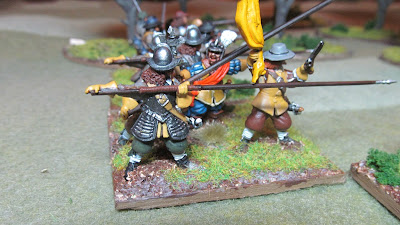 Gell then joined forces with the Cheshire commander Sir William Brerteton  with the intention of marching against Stafford. They clashed with the Midlands Royalists at the battle of Hopton Heath where the Earl of Northampton was killed. When the Earl's son refused to return the artillery captured at Hopton Heath or the money Gell had paid to embalm the body, the corpse was paraded through the streets of Derby before its burial at All Hallows Church. 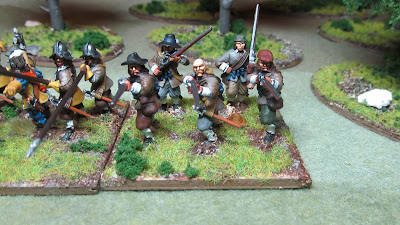 In 1643, Gell was appointed commander of Parliament's forces in Derbyshire, Staffordshire and Warwickshire. Gell's troops became notorious for plundering and he used his dominance of the Derbyshire county committee to secure important appointments for his friends and relatives which led his opponents to complain to Parliament. Gell's loyalty came under suspicion when he failed to obey an order to bring his troops from the Midlands to join Fairfax on the Naseby campaign in 1645. At the siege of Tutbury Castle in 1646, he offered the Royalist defenders his own favourable terms for surrender in opposition to those offered by his fellow commander Brereton. 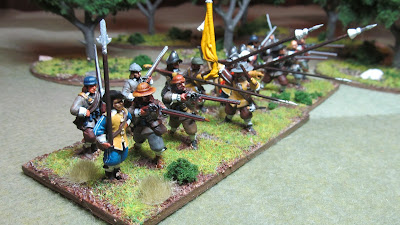 In 1648, Gell attempted to secure a pardon from Charles I during his imprisonment at Carisbrooke Castle by offering to lend him £900 in gold. In 1650, he was found guilty of plotting against the Commonwealth and imprisoned in the Tower of London until 1652, after which he lived quietly in London. At the Restoration, Charles II pardoned him for his role in the civil war and granted him a position at court, where he remained until his death in October 1671.
Posted by Neil at June 12, 2015