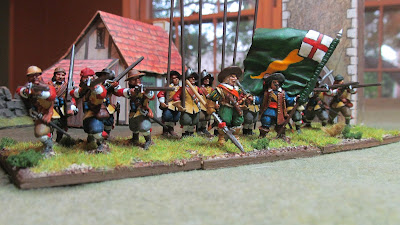 The London Trained Bands were of better quality thanks to enthusiastic societies of citizens who met regularly during the 1630s to practice their drill, hiring expert soldiers to instruct them. In 1642, the Common Council increased the four regiments of the London Bands into 40 companies of 200 men each, organised into six regiments and distinguished by their flags: Red, White, Yellow, Green, Blue and Orange. 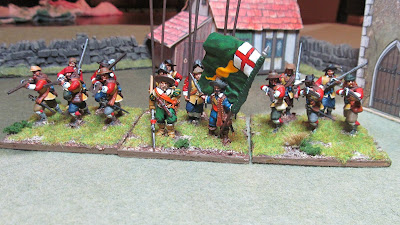 I have chosen to depict the Green Regiment - primarily because I painted the flag carried by the ensign green earlier this year! (Pike and Shotte Command Complete).  I like it when a unit conveys a story.  In this case, the flag is the Major's color and I envisioned the major, a veteran of the wars on the continent, sternly contemplating his command. 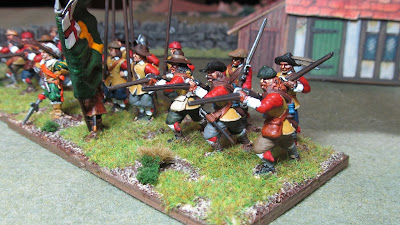 All of the figures are by Warlord Games.  The "major" and the ensign are from one of their metal command packs and the rest of the figures are from their hard plastic box of infantry. I have gone with the generally accepted and recorded uniform of red coats for the London Trained Band and painted each soldier with the ubiquitous buff coat.  The unit is based for my favorite set of ECW rules Victory Without Quarter. 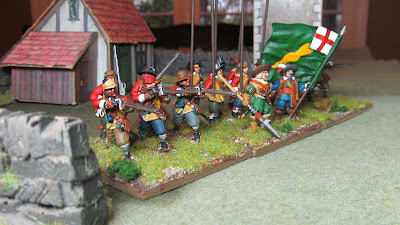