The Bavarian Army for the WSS Part 2

There were several reasons why I started collecting and gaming the War of Spanish Succession toward the end of 1992:

1. I was starting to get Napoleonic "burn-out" in 15 mm painting the uniforms.  It was also a time when I was extremely disappointed with the rules at the time.  Empire was too complicated, Napoleon's Battles didn't seem right, WRG had too many tables . . . Now don't get me wrong - I love the Napoleonic period and it was the plastic 20 mm Airfix figures that got me into gaming.

2. I wanted to collect some armies that had variety in color.

3. I bought Warfare in the Age of Reason and I really liked the rules.

4. Looking at purchasing Osprey's  Marlborough's Army from the MAA series sealed the deal.

When I started collecting and researching, it seemed to me that Marlborough's campaign in 1704 culminating in the Battle of Blenheim would give me the maximum opportunity for army variety.  And how can you do Blenheim without the sky blue coats of the Bavarian Infantry?  In 1701 the regular infantry counted a guard regiment of three battalions, five regiments of two battalions and four independent battalions. The militia counted 12 battalions and so the infantry totaled 29 battalions. The cavalry consisted of 17 cavalry squadrons and 12 dragoon squadrons.In the early summer of 1704 the Bavarian army reached its zenith: 8 cavalry regiments fielding 47 squadrons and 9 regular infantry regiments fielding 26 battalions. 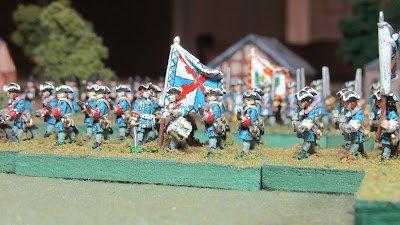 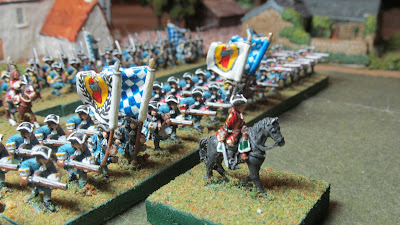 Sources I have used for my armies of this period come from From Pike to Shot, Charles Grant; Marlborough Goes to War, Iain Stanford; Wargaming in the Age of Marlborough #2: Danes, Bavarians and Prussian, Pat Condray; Osprey Men at Arms series; various articles in War Games Illustrated; the Web and lots of research at the U. S. Army Command and General Staff College.

Maximilian II (11 July 1662 – 26 February 1726), also known as Max Emanuel or Maximilian Emanuel was the ruler of Bavaria and an Elector of the Holy Roman Empire.  Closely allied with the France of Louis XIV, he was the last governor of the Spanish Netherlands and duke of Luxembourg. An able soldier, his ambition led to conflicts that limited his ultimate dynastic achievements. 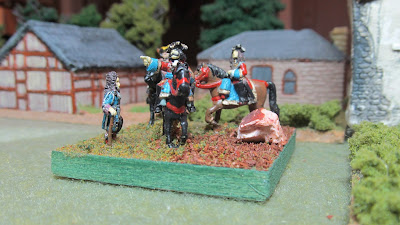 Max is the army general for the Bavarian army which is mounted for the rules Volley and Bayonet (VnB).  What makes his command stand look great is that the general officers wore red coats. Accompanying Max is another mounted general, a dragoon trooper as escort (also with a red coat) and an officer from one of the infantry regiments. 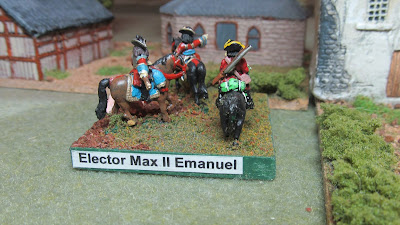 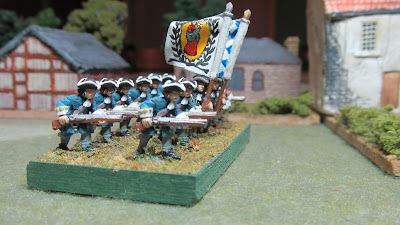 I love flags and for the Leib regiment I had to paint both the "Colonel's standard" of Madonna and child plus the classic diamond patterned regimental flag. 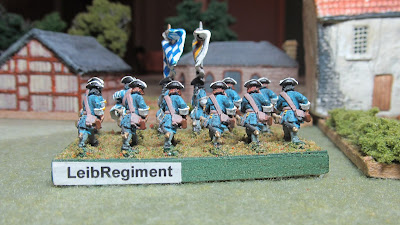 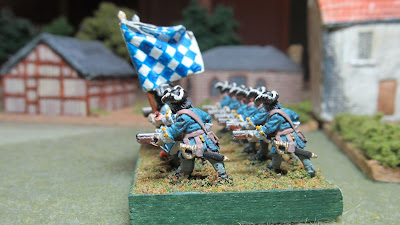 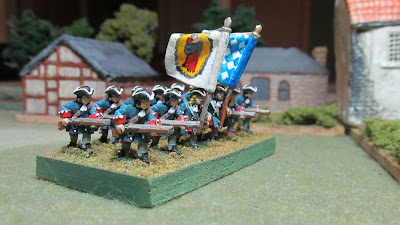 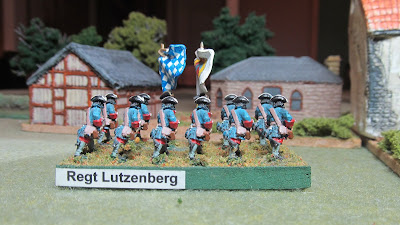 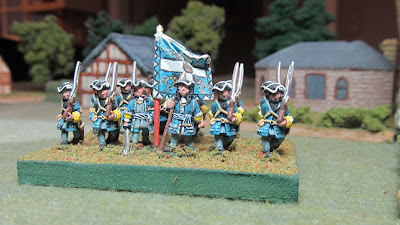 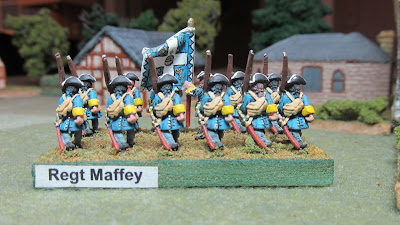 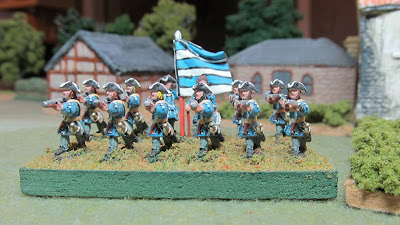 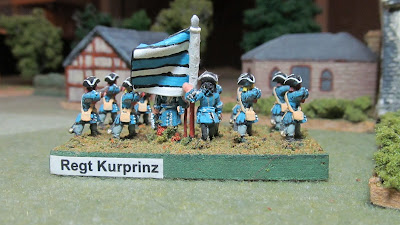 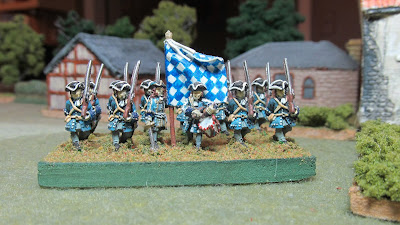 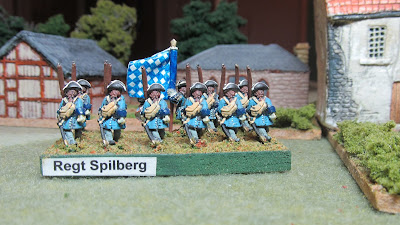