TMWWBK: Vikings in the Kybher Pass 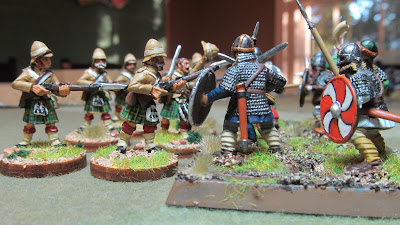 So 'ere's to you, Viking hirdman, at your 'ome in the Northland;
You're a pore benighted 'eathen but a first-class fightin' man;
We gives you your certificate, an' if you want it signed
We'll come an' 'ave a romp with you whenever you're inclined.

What the . . . ?  Okay.  So I am still working on my field forces for The Men Who Would be Kings and I wanted to play test and  . . .  Hmmm, those Gripping Beast Vikings I did for Dux Bellorum and Dragon Rampant could be used as tribal infantry.  And that is exactly what I did. 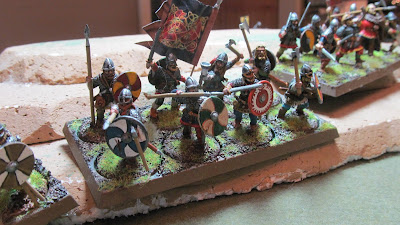 The sentries report Vikings to the southwest. Thousands of them.

We did a play test using half sized units per the Skirmish King rules and by golly it worked!  Use the same rules as the regular game just with no crew served weapons. 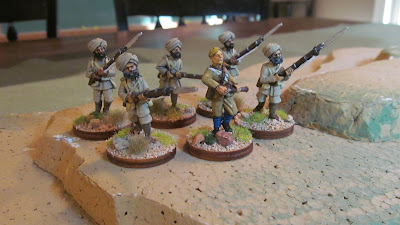 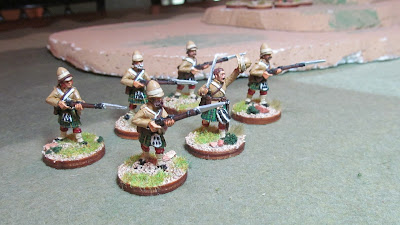 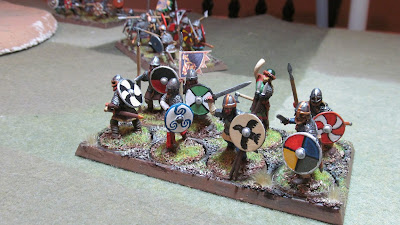 The scenario was "A Sigh of Relief" with the Colonel's daughter as the immoveable objective marker.  We did not play to provide a battle report but to get an idea for the rules.  We love these rules.  I won't give a review as there are many on the web but they are fast, furious and fun.  My idea of a game. I'm looking forward to a full sized battle 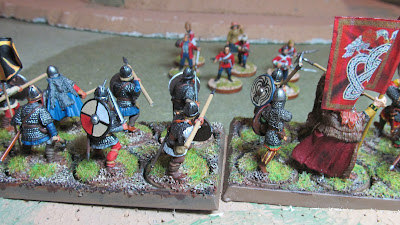 The Colonel's daughter behind the Men of Harlech as the immoveable object. 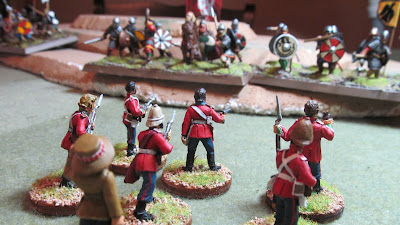 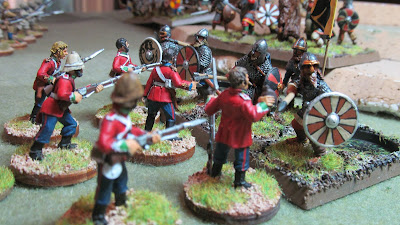 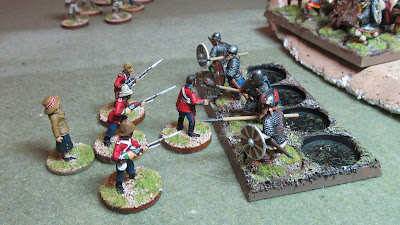 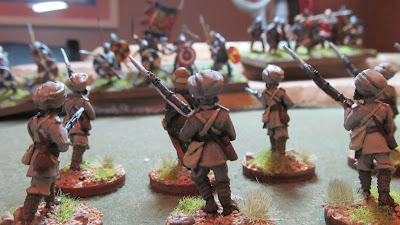 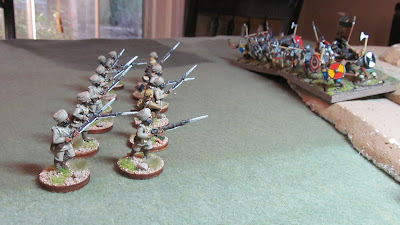 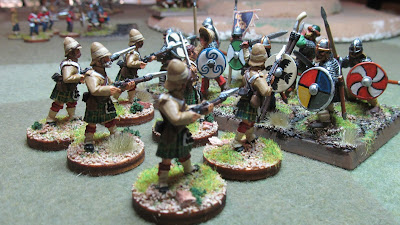 We took our chanst among the Khyber 'ills,
The Boers knocked us silly at a mile,
The Burman give us Irriwaddy chills,
An' a Zulu impi dished us up in style:
But all we ever got from such as they
Was pop to what the Viking made us swaller;
We 'eld our bloomin' own, the papers say,
But man for man the Viking knocked us 'oller.