Inspector Stanley Hopkins is a Scotland Yard detective and a student of Holmes's deductive methods, who attempts to apply them in his own investigations. A promising detective, in whose career Holmes had several times shown a very practical interest. He is the youngest inspector in the Yard and often is assigned what appear to be mundane and investigations that may be the figment of other's imagination. 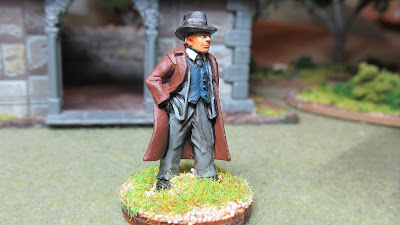 Nothing could be further from the truth.  Though inexperienced as an inspector, his mentoring by Sherlock Holmes and his unmatched bravery for Queen and Country have made him a rising star; however, others would like to see him fail.  He has recently be reassigned on "extended" service in the small parish of North Piddle in the Wychavon district of Worcestershire, England. 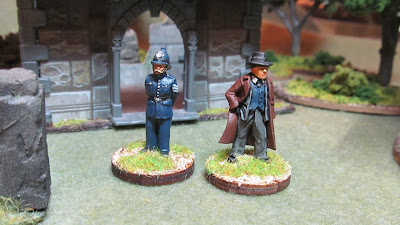 Here are the statistics for In Her Majesty's Name: 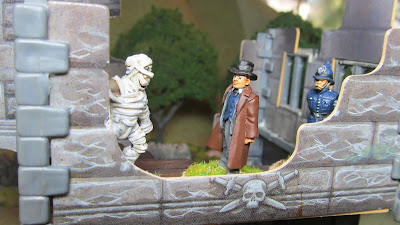 " Not exactly what I was expecting during a normal robbery investigation."
Posted by Neil at 12:00 AM