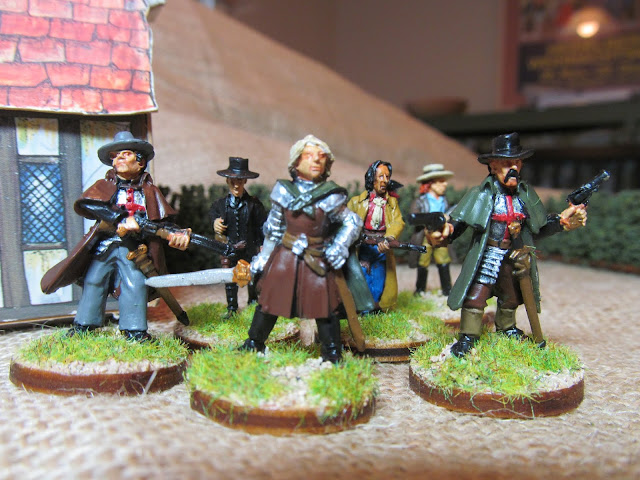 For In Her Majesty's Name the basic background for the Poor Knights of Christ and the Temple of Solomon - better known as the Knights Templars are found in the first companion book Heroes, Villains and Fiends.  With the release of Dracula's America, I really liked the figures but the background universe was a bit too dark for me.  In Heroes, Villains and Fiends it states that the Templars have a small group of Masters that each have responsibility for a section of the world - so why not a group for the Wild West - especially now that the portals have been discovered by the Witch King in my little corner of my fictional world? 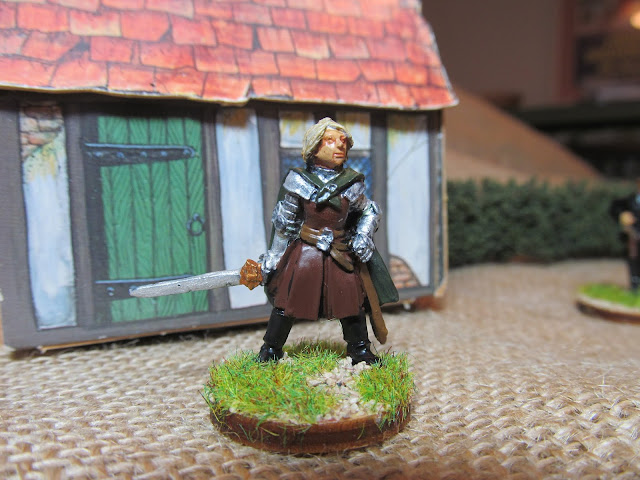 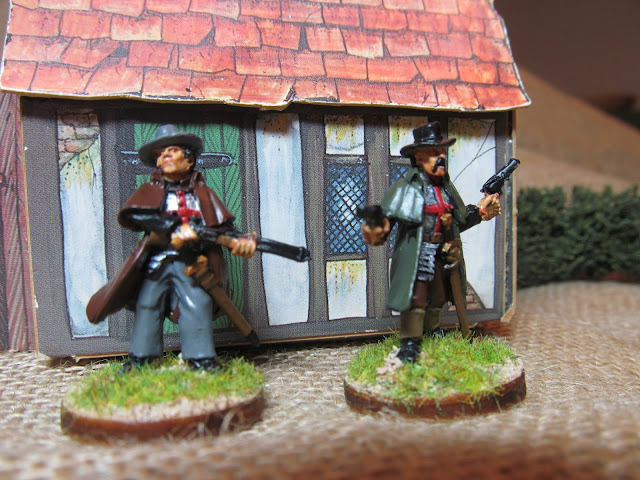 These will be Masters and Knights.  I glued on plastic swords from Gripping Beasts plastic Viking box set. 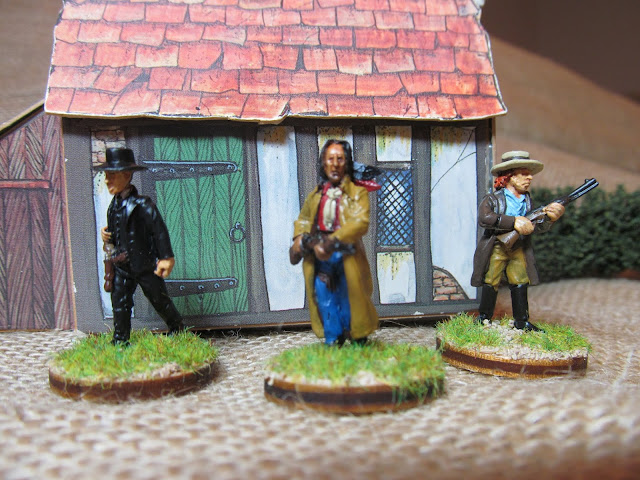 I have to have some Wild West characters join! 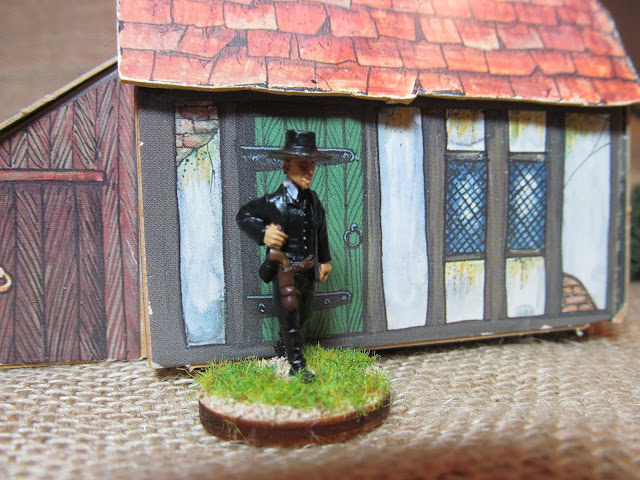 I'm going to have some fun coming up with some stats for Wyatt Earp. 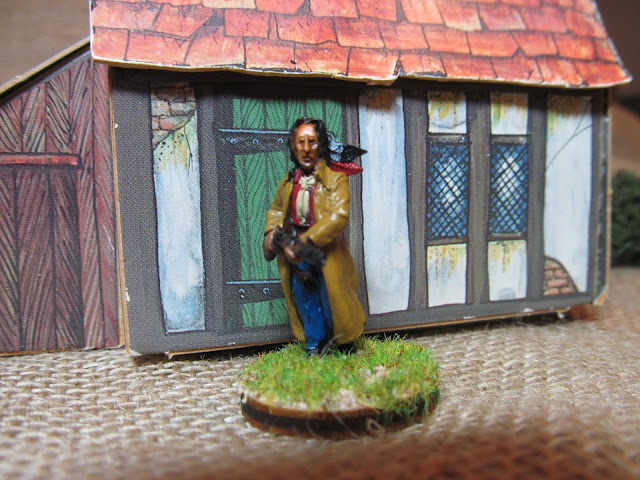 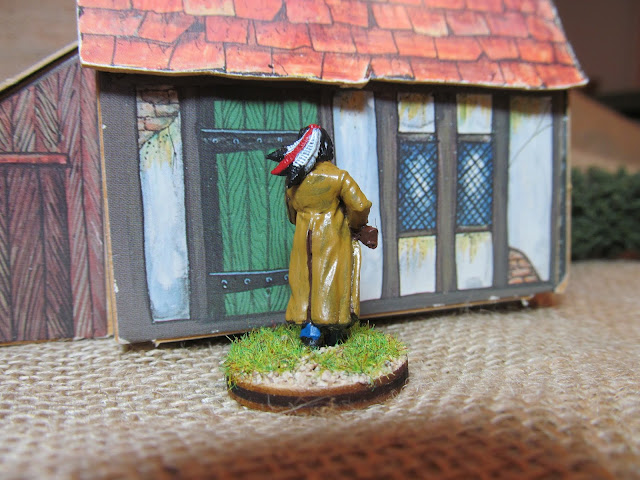 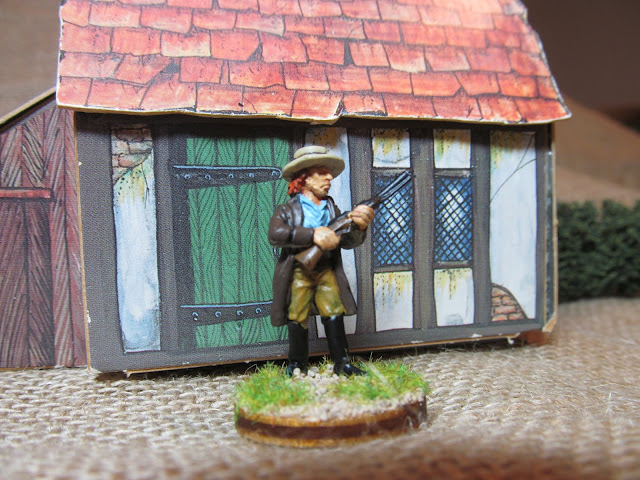 And of course I need a hired gun - or maybe he will be a Sergeant? 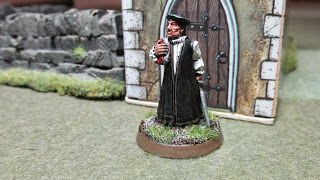 Here is the Chaplain. 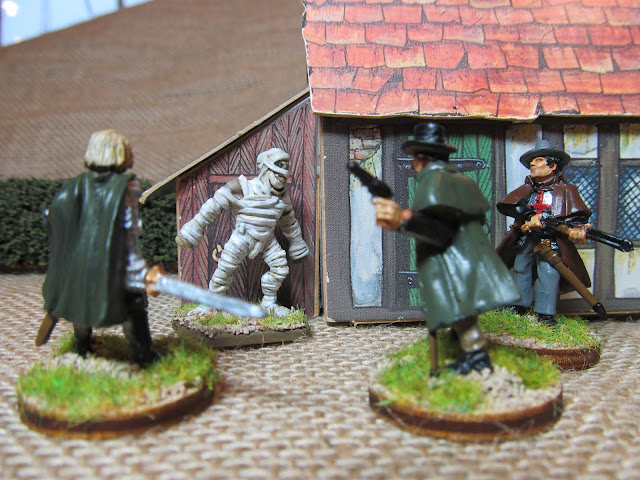 Fighting evil throughout the world.