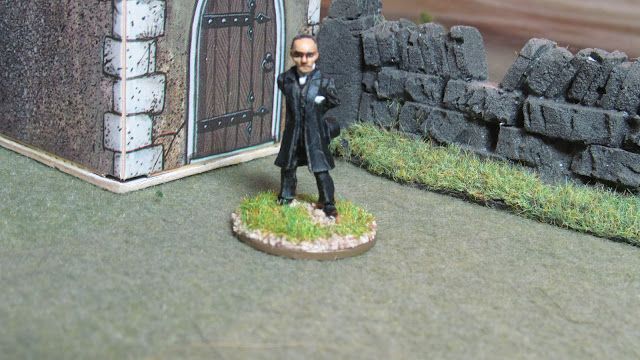 "But in calling Moriarty a criminal you are uttering libel in the eyes of the law—and there lie the glory and the wonder of it! The greatest schemer of all time, the organizer of every devilry, the controlling brain of the underworld, a brain which might have made or marred the destiny of nations—that's the man! But so aloof is he from general suspicion, so immune from criticism, so admirable in his management and self-effacement, that for those very words that you have uttered he could hale you to a court and emerge with your year's pension as a solatium for his wounded character. Is he not the celebrated author of The Dynamics of an Asteroid, a book which ascends to such rarefied heights of pure mathematics that it is said that there was no man in the scientific press capable of criticizing it? Is this a man to traduce? Foulmouthed doctor and slandered professor—such would be your respective roles! That's genius, Watson." — Holmes, The Valley of Fear. 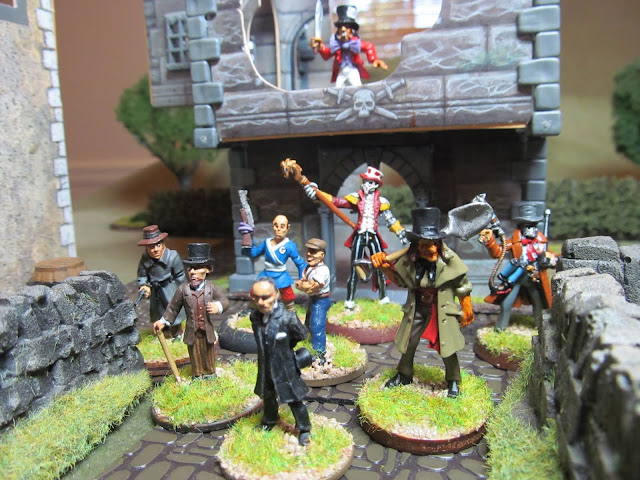 Professor Moriarty is highly ruthless, shown by his steadfast vow to Sherlock Holmes that "if you are clever enough to bring destruction upon me, rest assured that I shall do as much to you".  Moriarty is categorized by Holmes as an extremely powerful criminal mastermind who is purely adept at committing any atrocity to perfection without losing any sleep over it. It is stated in The Final Problem that Moriarty does not directly participate in the activities he plans, but only orchestrates the events. As Holmes stated above, what makes Moriarty so dangerous is his extremely cunning intellect. 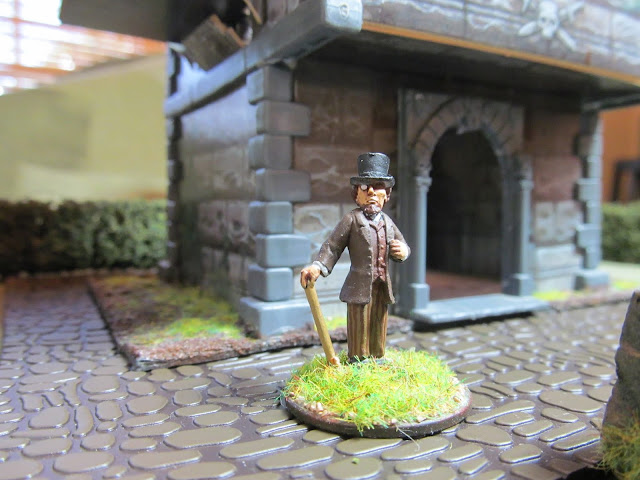 Colonel Sebastian Moran was educated at Eton College and the University of Oxford before embarking upon a military career. Formerly of the 1st Bangalore Pioneers (Madras), he served in the Jowaki Expedition of 1877-1878 and in the Second Anglo-Afghan War, seeing action at the Battle of Char Asiab, 6 October 1879 (for which he was mentioned in dispatches); the Battle of Sherpur, 23 December 1879; and at Kabul.

A devoted sportsman and highly skilled shot, he was author of the books Heavy Game of the Western Himalayas in 1881 and Three Months in the Jungle in 1884, and reportedly once "crawled down a drain after a wounded man-eating tiger". Although there was no open scandal after his turning to crime, he was obliged to retire from the army and return to London. Outwardly respectable, with an address in Conduit Street, Mayfair, and membership of the Anglo-Indian Club, the Tankerville Club and The Bagatelle Card Club, he was nevertheless recruited by Professor Moriarty, and serves as his chief of staff. Ultimately he is used solely for assassinations that required his peculiar skill with the rifle; Holmes mentions the killing of a Mrs. Stuart in 1887 which he suspects (but cannot prove) Moran was involved in. 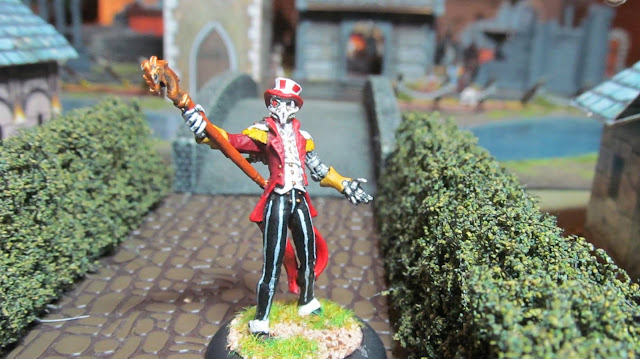 Baron Maupertuis
From the Memoirs of Sherlock Holmes as written by Dr. James Watson: "It was some time before the health of my friend Mr. Sherlock Holmes recovered from the strain caused by his immense exertions in the spring of '87.  The whole question of the Netherland-Sumatra Company and of the colossal schemes of Baron Maupertuis are too recent in the minds of the public . . ." 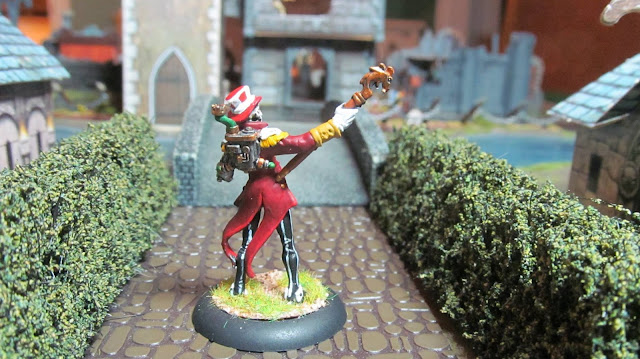 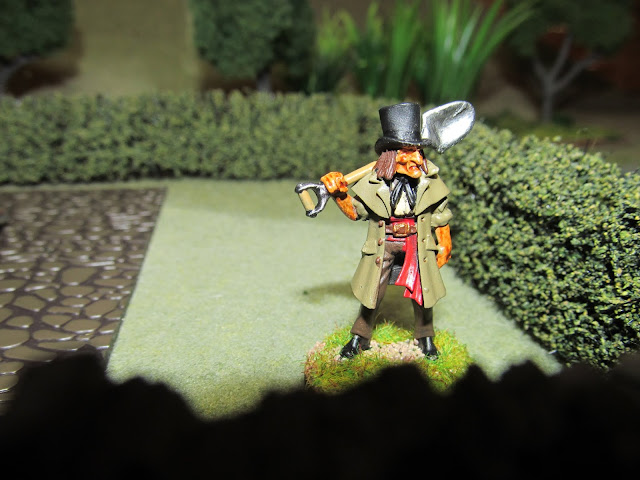 
There are some men (and women) that do the dirty work of the criminal underworld - and The Grave Digger is one of them. He carries no weapon except his shovel; yet, he wears the sash of an officer in Her Majesty's service. Formidable in a fight and discreet when you need a body to disappear  . . . or reappear. 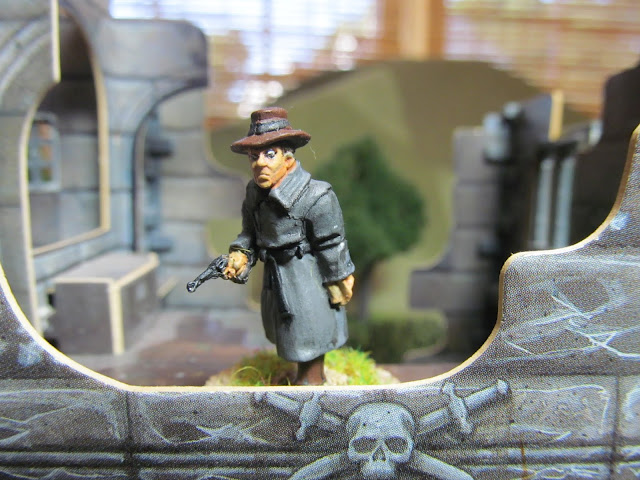 Douglas Appleby
Douglas Appleby is a hard man. His one soft spot was hisdaughter, and when she falls victim to Jack the Ripper, Kelly wanted revenge. Scotland Yard was ineffective so Appleby turned to the Professor . . . and the Ripper was never heard from again. As a member of the underworld, Douglas Appleby is extremely loyal to the man who helped him. 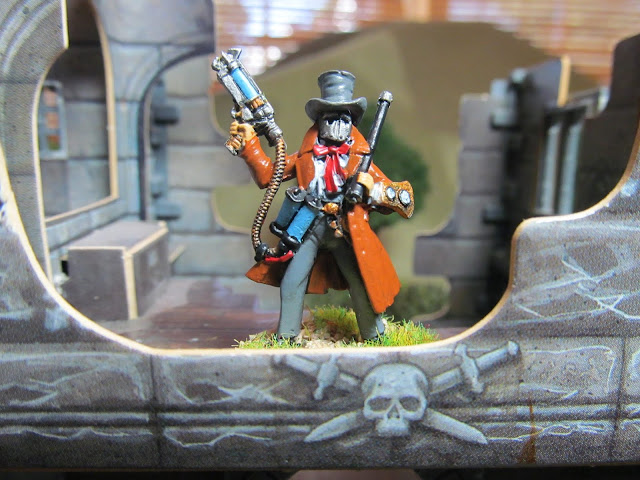 Harold Cold was raised by an abusive father and took refuge with his grandfather, who worked in an ice truck. When his grandfather died, Cold grew tired of his father's abuse and set out to start a criminal career. Cold joined up with a group of small-time thieves and in planning out a robbery, each was issued a gun of advanced design and a visor to protect their eyes against the flashes of gunfire.
As he was finishing his part of the robbery, a security guard surprised Cold. Intending to use his gun only to scare the guard, he inadvertently pulled the trigger and discovered that his weapon had been altered in a way he had never imagined. The moisture in the air around the guard froze. Intrigued by this twist of fate, Snart donned a long jacket and the aforementioned visor and declared himself to be Captain Cold - the man who mastered absolute zero. 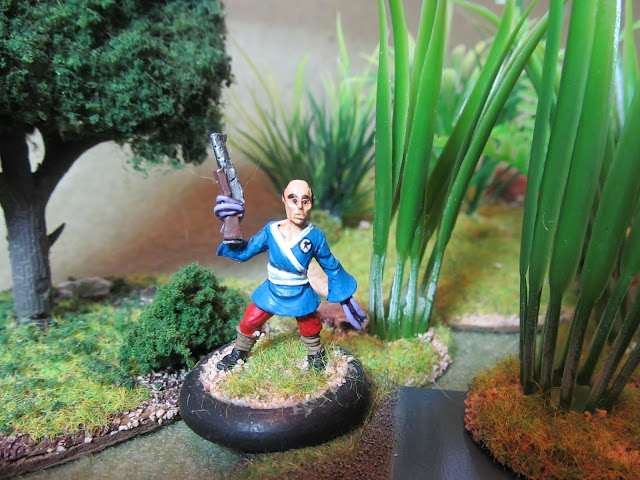 Private Notes of Sherlock Holmes: Contact Miskatonic University about mysterious manlike creature seen in the swamps near the upper Thames. 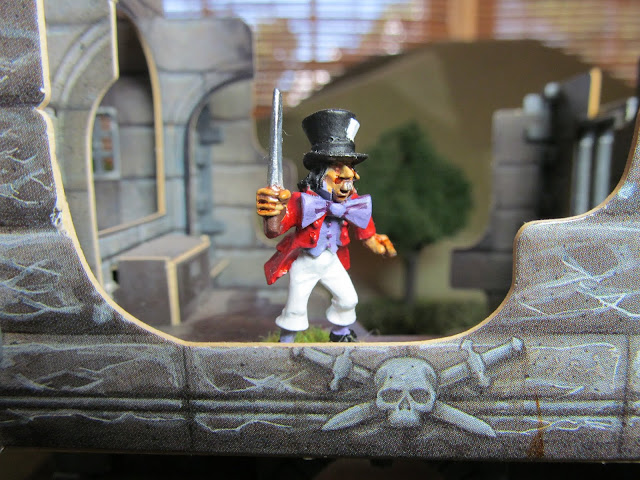 Bad Jack is a horrible mutated laboratory experiment merging two literary characters (The Mad Hatter and the White Rabbit) that stalks our world and kills anyone it comes across.  Was this Jack the Ripper?  No one knows for sure but it takes its orders from the professor and the candy corn it loves to eat doesn't hurt either. 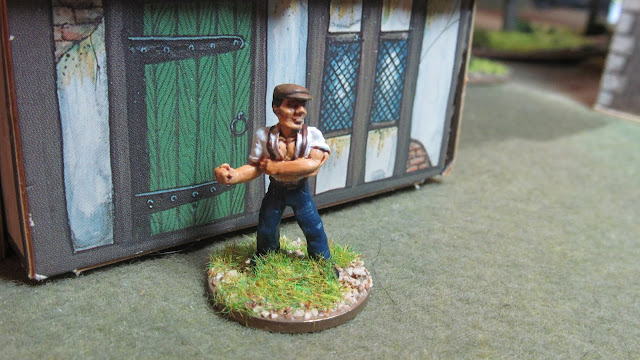 Allan "The Brawler" Smith is a giant of a man who fights in illegal prize fighting rings. He is an able and savage prize fighter who always fights to the death.