IHMN: Reinforcements for the French Foreign Legion, The Senegalese Tiralleurs 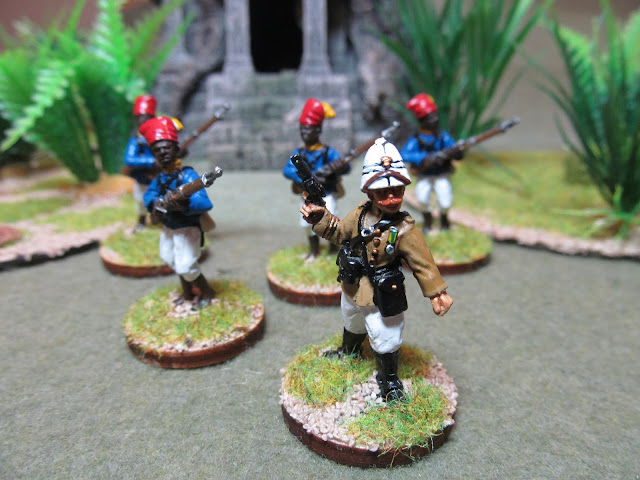 Lieutenant-Colonel Jacques Duchesne leads a section of the Senegalese Tiralleurs.

The Senegalese Tirailleurs (French: Tirailleurs Sénégalais) were a corps of colonial infantry in the French Army. They were initially recruited from Senegal, French West Africa and subsequently throughout Western, Central and Eastern Africa: the main sub-Saharan regions of the French colonial empire. The noun tirailleur, which translates variously as "skirmisher", "rifleman", or "sharpshooter", was a designation given by the French Army to indigenous infantry recruited in the various coloniesand overseas possessions of the French Empire during the 19th and 20th centuries. 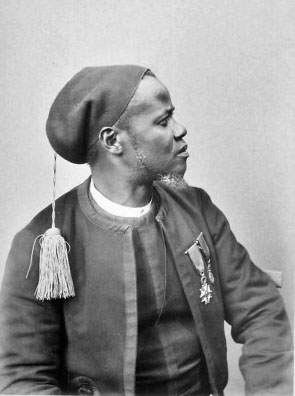 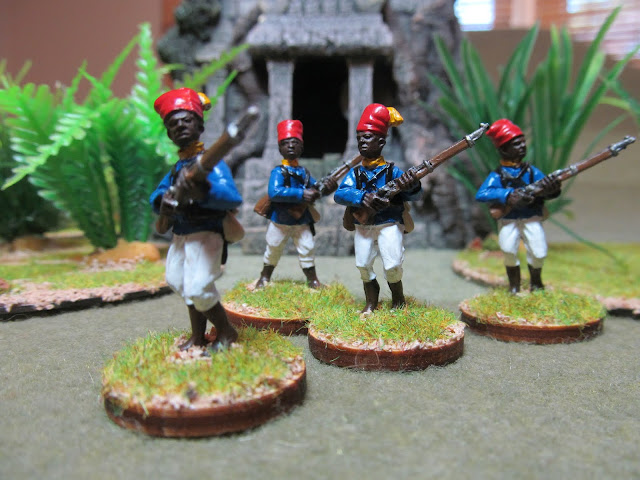 The Senegalese Tirailleurs were formed in 1857 by Louis Faidherbe, governor general of French West Africa, because he lacked sufficient French troops to control the territory and meet other requirements of the first phase of colonisation. The formal decree for the formation of this force was signed on 21 July 1857 in Plombières-les-Bains by Napoleon III. Recruitment was later extended to other French colonies in Africa. During its early years the corps included some former slaves bought from West African slave-owners as well as prisoners of war. Subsequent recruitment was either by voluntary enlistment or on occasion by an arbitrary form of conscription. In the aftermath of the Franco-Prussian War the Senegalese tirailleurs continued to provide the bulk of French garrisons in West and Central Africa. 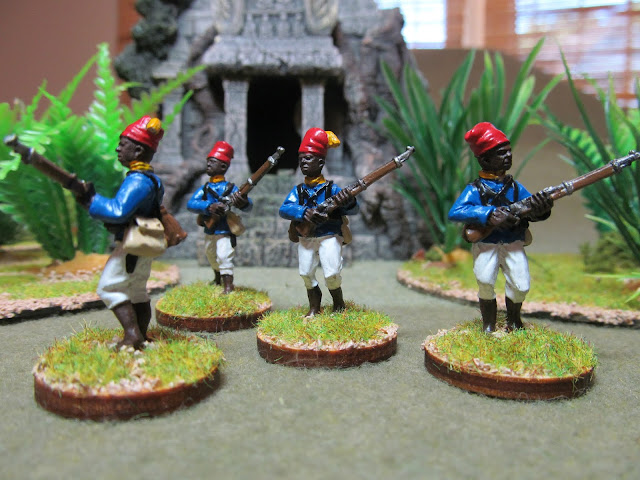 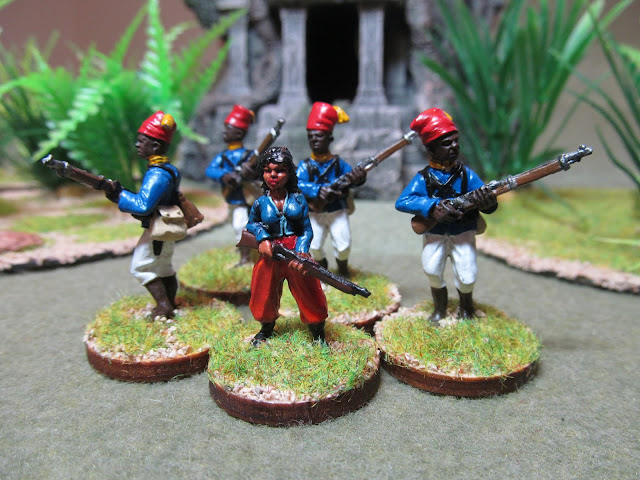 Senegalese Tiralleurs with Amelie Moebius.
Posted by Neil at 12:00 AM