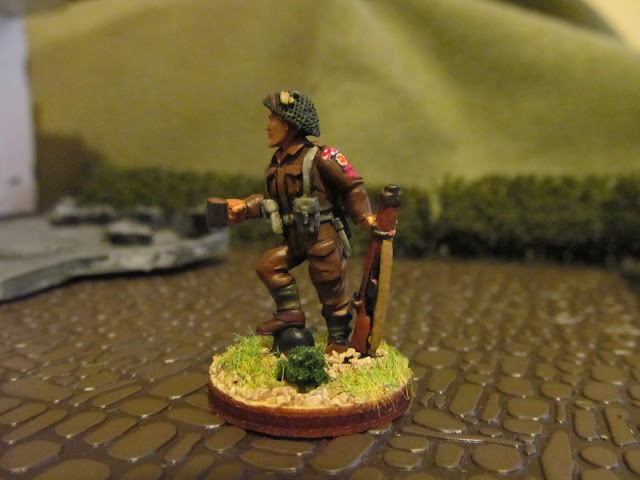 Imagine my surprise when I finally discovered Pulp Figures, and then with my first order I received a free Pulp Figures D-Day Commemorative Figure. Since the owner and sculpter for Pulp Figures is a Canadian, I almost painted the figure as a member of the Canadian Army. But . . . blood is thicker than water so I painted the figures as a Private of the 15th (Scottish) Division, 227th Infantry Brigade, 2nd Battalion, Argyll and Sutherland Highlanders. 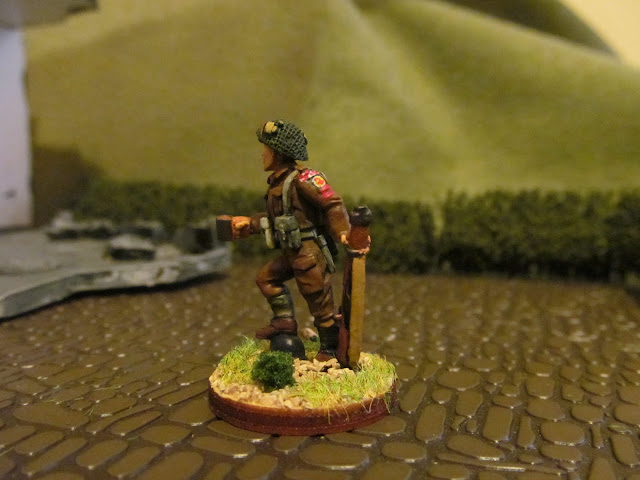 I'm not great a painting small patches, but I did my best to paint the unit designations of the 15th (Scottish) Division. 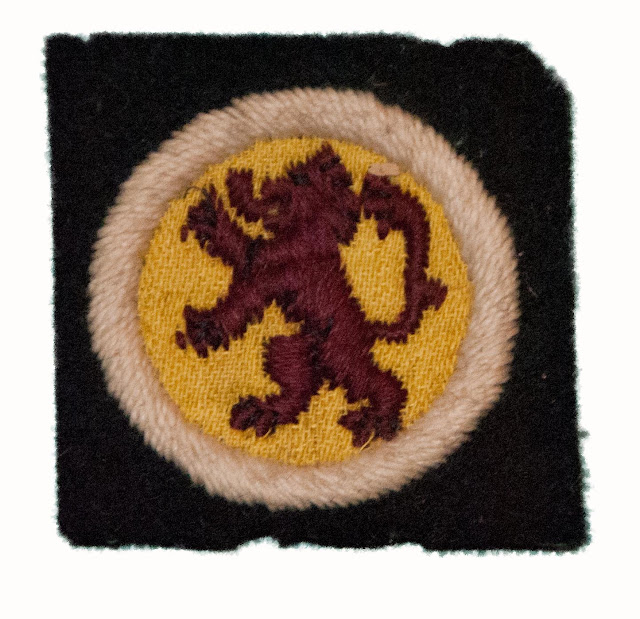 In the Second World War, it was reformed as the 15th (Scottish) Infantry Division on 2 September 1939, the day before war was declared, as part of the Territorial Army (TA) and served in the United Kingdom and later North-West Europe from June 1944 to May 1945. 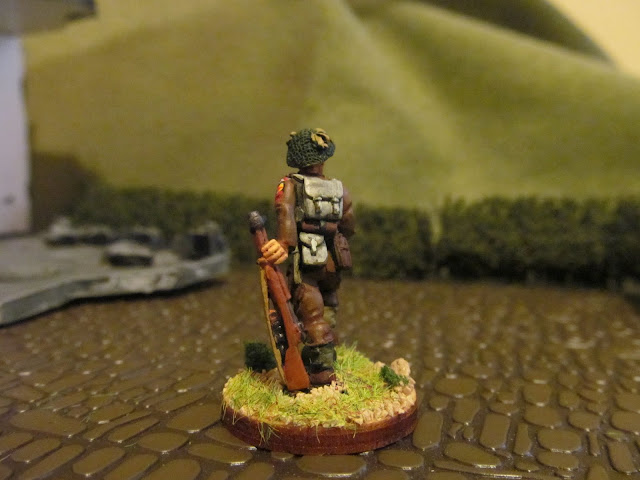 After spending many years training in the United Kingdom, the 15th (Scottish) Division landed in Normandy as part of Operation Overlord, the Allied invasion of Normandy, soon after the initial D-Day landings, in mid June 1944 and almost immediately took part in Operation Epsom. Epsom was an attack by most of Lieutenant General Miles Dempsey's British Second Army that was intended to outflank and seize the city of Caen, which was to be taken on D-Day and had, over the last few weeks, bore witness to much bitter fighting in what is known as the Battle for Caen. Epsom did not achieve its overall objective but forced the Wehrmacht to abandon their offensive plans and tied most of their armored units to a defensive role. 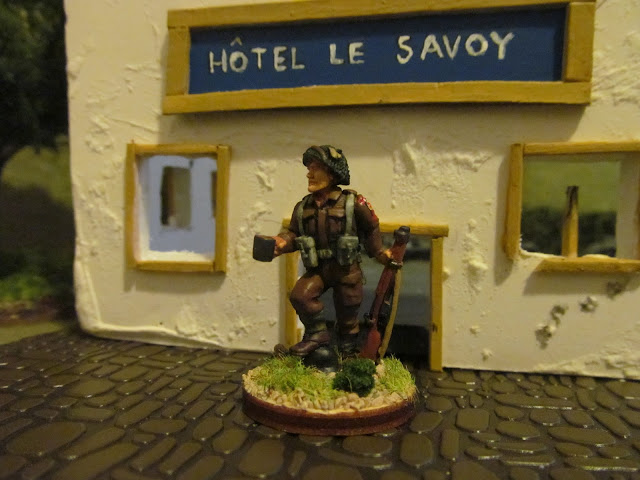 The Division continued to fight in North-West theater of Europe for the remainder of the war and The 15th (Scottish) was the only division of the British Army during the Second World War to be involved in three of the six major European river assault crossings; the Seine, the Rhine and the Elbe. The end of World War II in Europe arrived soon afterwards, followed by the surrender of Japan in September, bringing an end to just under six years of war. 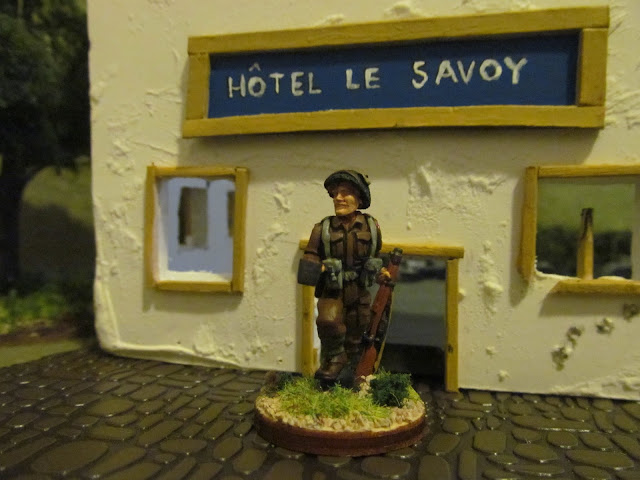 On 10 April 1946 the 15th (Scottish) Infantry Division was finally disbanded. Its battle casualties– killed, wounded and missing – in nearly eleven months of fighting were 11,772 with well over 1,500 men killed. According to military historian Carlo D'Este, the "15th (Scottish) Division was considered to be the most effective and best led infantry division in 21st Army Group."
Posted by Neil at 12:55 PM