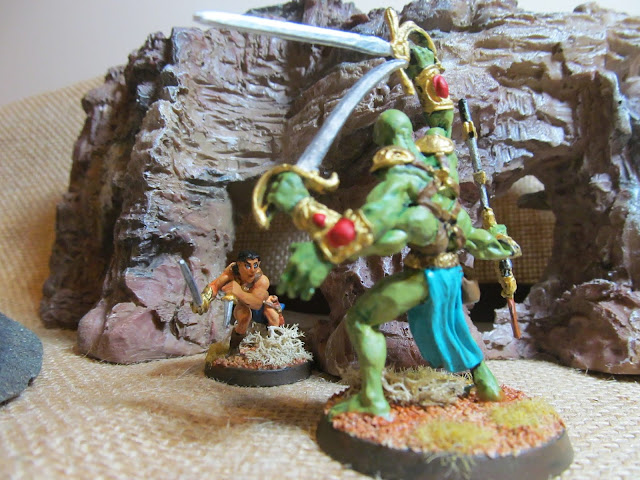 I am a very old man; how old I do not know. Possibly I am a hundred, possibly more; but I cannot tell because I have never aged as other men, nor do I remember any childhood. So far as I can recollect I have always been a man, a man of about thirty. I appear today as I did forty years and more ago, and yet I feel that I cannot go on living forever; that some day I shall die the real death from which there is no resurrection. I do not know why I should fear death, I who have died twice and am still alive; but yet I have the same horror of it as you who have never died, and it is because of this terror of death, I believe, that I am so convinced of my mortality.

I'm slowly but surely making progress on my Barsoom project; in a latter entry I'll explain why it is taking slower than I anticipated. I have finished John Carter and two of the green martians; four green martians to go for my initial force. 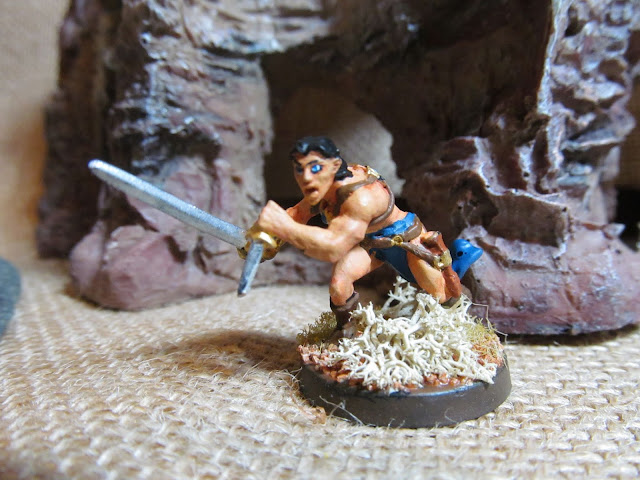 John Carter:"I opened my eyes upon a strange and weird landscape. I knew that I was on Mars; not once did I question either my sanity or my wakefulness. I was not asleep, no need for pinching here; my inner consciousness told me as plainly that I was upon Mars as your conscious mind tells you that you are upon Earth. You do not question the fact; neither did I." 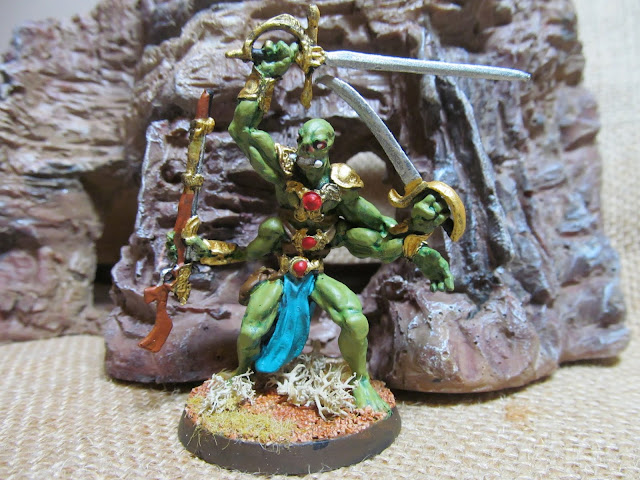 While the Martians are immense, their bones are very large and they are muscled only in proportion to the gravitation which they must overcome. The result is that they are infinitely less agile and less powerful, in proportion to their weight, than an Earth man, and I doubt that were one of them suddenly to be transported to Earth he could lift his own weight from the ground; in fact, I am convinced that he could not do so. I noted that each was armed with several other weapons in addition to the huge spear which I have described. The weapon which caused me to decide against an attempt at escape by flight was what was evidently a rifle of some description, and which I felt, for some reason, they were peculiarly efficient in handling. 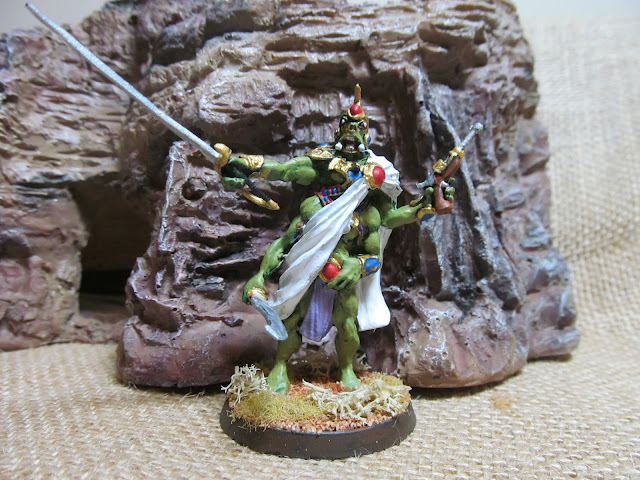 Tars Tarkas is a great warrior and leader among his people (the brutal and mirthless Tharks), he possesses a sense of compassion and empathy uncharacteristic of his race. 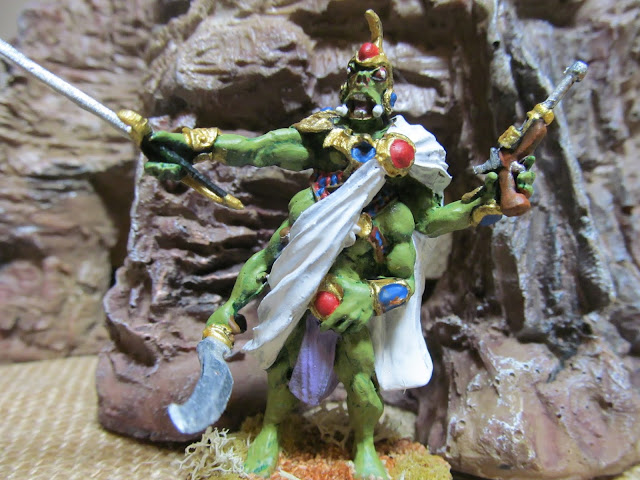 Close up of Tars Tarkas. 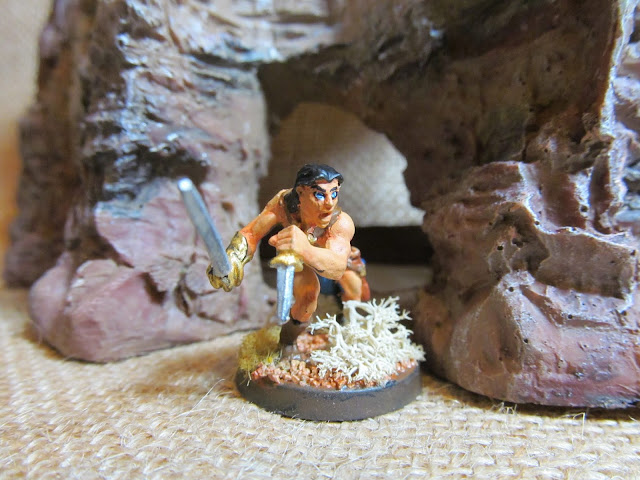 I found myself lying prone upon a bed of yellowish, moss like vegetation which stretched around me in all directions for interminable miles. I seemed to be lying in a deep, circular basin, along the outer verge of which I could distinguish the irregularities of low hills. 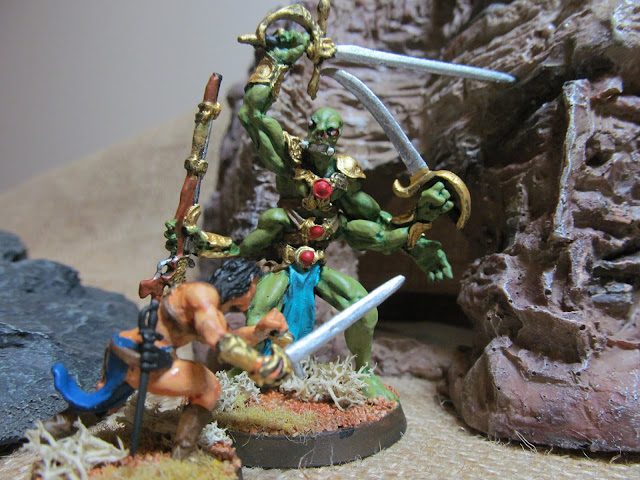 “I do not believe that I am made of the stuff which constitutes heroes, because, in all of the hundreds of instances that my voluntary acts have placed me face to face with death, I cannot recall a single one where any alternative step to that I took occurred to me until many hours later. My mind is evidently so constituted that I am subconsciously forced into the path of duty without recourse to tiresome mental processes. However that may be, I have never regretted that cowardice is not optional with me.”

I noticed with the above picture I forgot to paint Captain Carter's short sword - and I need to touch up his hair. More to come including (Barsoomian) stats for IHMN. When I learn to play Pulp Alley, those will come along too!
Posted by Neil at October 05, 2019