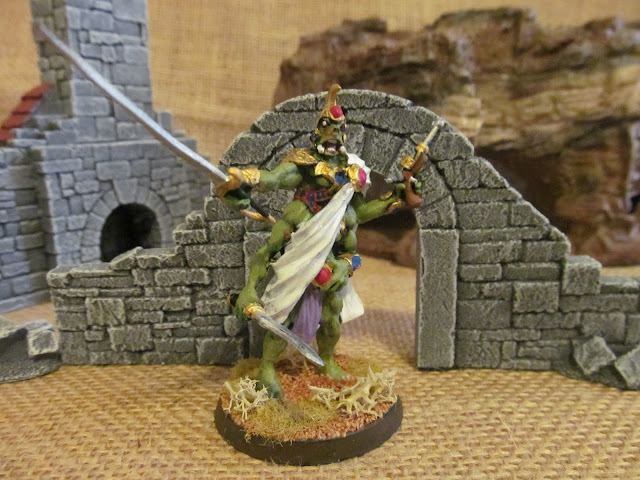 "The combat was soon over, and, with his foot upon the neck of the dead monster, Tars Tarkas became jeddak among the Tharks. His first act was to make me a full-fledged chieftain with the rank I had won by my combats the first few weeks of my captivity among them." From the journals of Captain John Carter.

Tars Tarkas is a great warrior and leader among his people (the brutal and mirthless Tharks), He possesses a sense of compassion and empathy uncharacteristic of his race. With the help of the newly arrived Earth man John Carter, he becomes Jeddak, or king, of the Tharks. 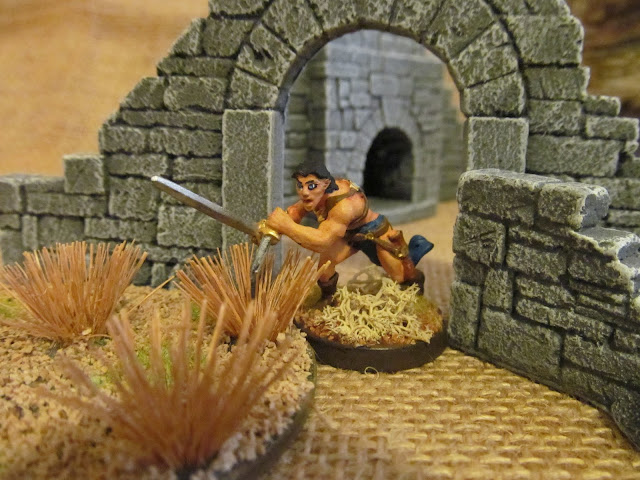 Tars Tarkas is the first Barsoomian John Carter encounters when he appears on Barsoom (Mars). Over the course of the next weeks, Carter comes to respect Tars Tarkas for his abilities as a warrior and statesman. Carter also discovers that Tars Tarkas has a secret: long ago he fell in love and had a child (egg) with his lover, Gozava, two actions punishable by death in the Tharks' culture. Tars Tarkas and Gozava hid the egg and incubated it in secret. Tars Tarkas was ordered away on a long military expedition, and when the child finally hatched, Gozava managed to mingle her child with the newborn children from the communal incubator. Gozava's maternity (although not the child's identity) was discovered, and she was tortured and killed by the Tharkian chieftain Tal Hajus for the crime of childbearing. However, even under torture she refused to reveal the name of the child's father. The daughter's name is Sola, and she befriends Carter and tells him the story of her birth and the identity of her father. 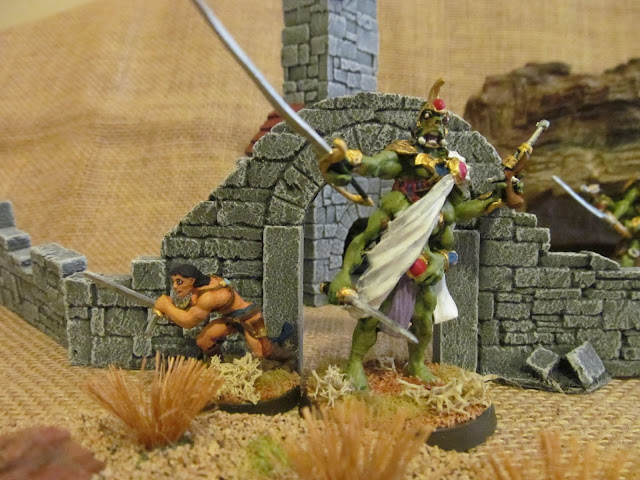 When he learns this, Carter's sympathy and admiration for Tars Tarkas increases, and he resolves to do all he can to help. Over time, the two become friends, and Carter, after escaping the Tharks in the course of his pursuit of Dejah Thoris, returns to them and helps engineer a duel between Tars Tarkas and Tal Hajus, the Jeddak of Thark. Tars Tarkas wins the duel, and according to Tharkian law becomes Jeddak. In exchange for Carter's help, Tars Tarkas becomes one of Carter's closest friends and allies. 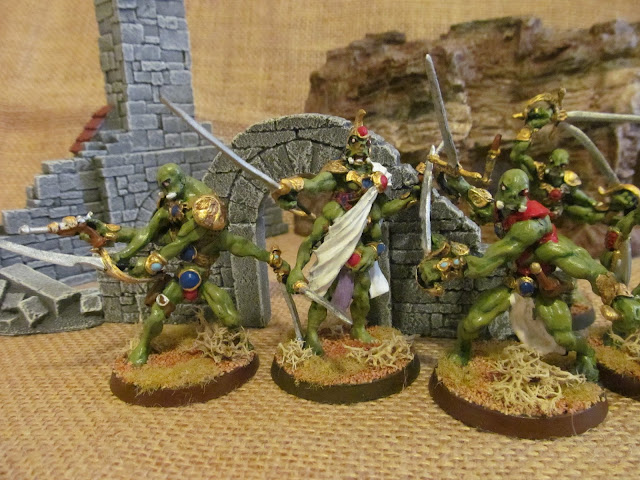 I will not be using thoats in my games but if you do you can give Tars Tarkas Cavalryman and Trick Riding. 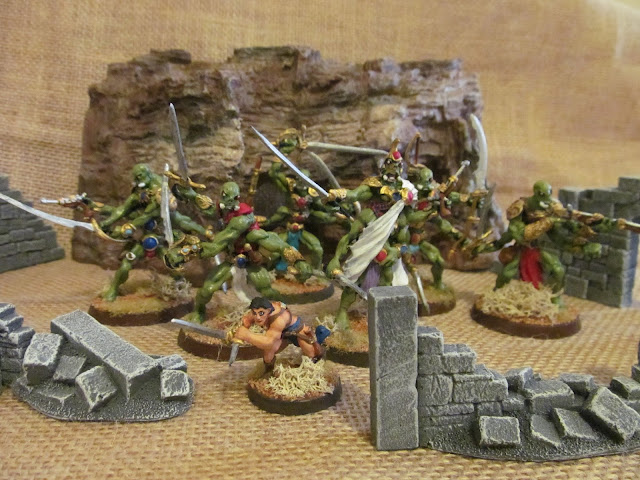 Next: John Carter of Virginia
Posted by Neil at 4:55 PM