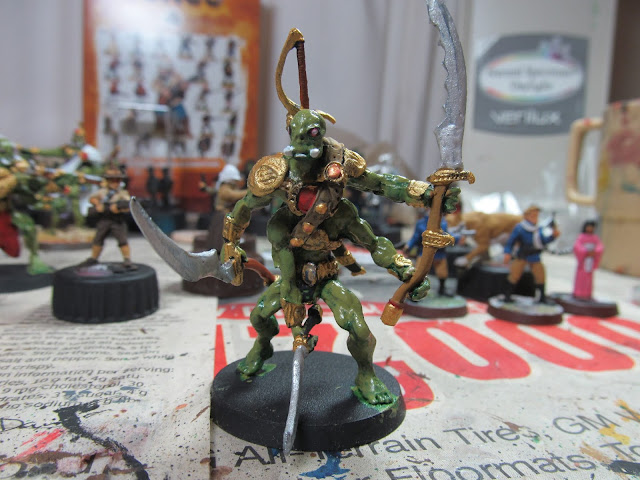 The man himself, for such I may call him, was fully fifteen feet in height and, on Earth, would have weighed some four hundred pounds. He sat his mount as we sit a horse, grasping the animal's barrel with his lower limbs, while the hands of his two right arms held his immense spear low at the side of his mount; his two left arms were outstretched laterally to help preserve his balance, the thing he rode having neither bridle or reins of any description for guidance. 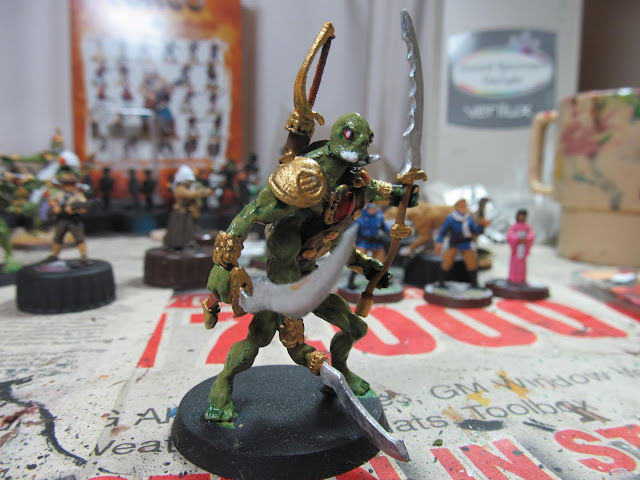 I am almost done with the last 4 green Martians which will give me a total of 6. I should be able to finish the details and basing if College Football does not interfere! After that, the next challenge will be devising some game stats for In Her Majesty's Name. 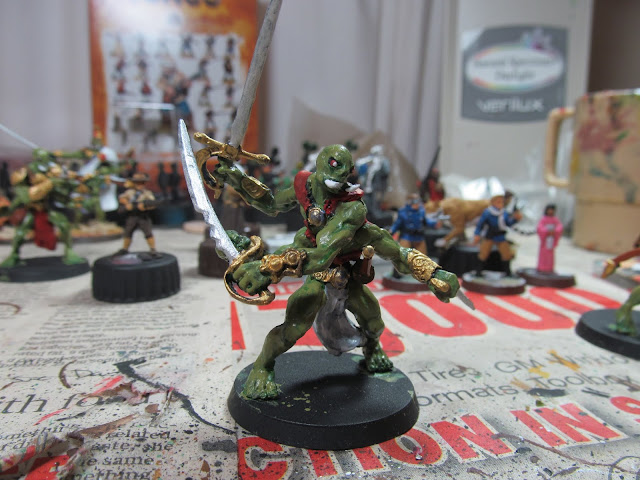 While working on and painting the figures, I keep on forgetting how big they are - at least 54mm! Since I am used to painting 28mm I keep knocking them over when I reach for paint of poke myself with one of their swords. 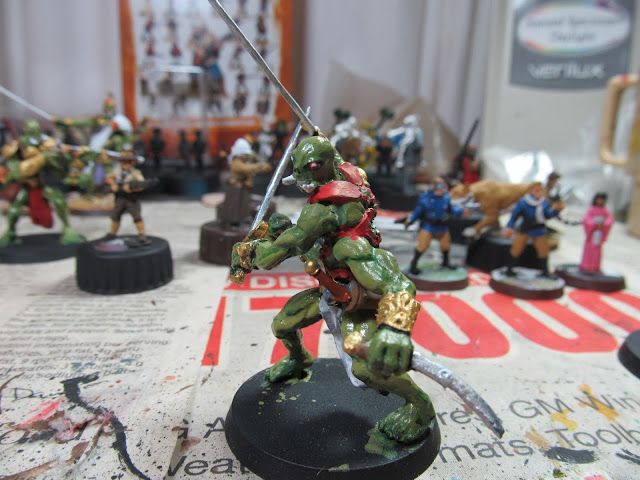 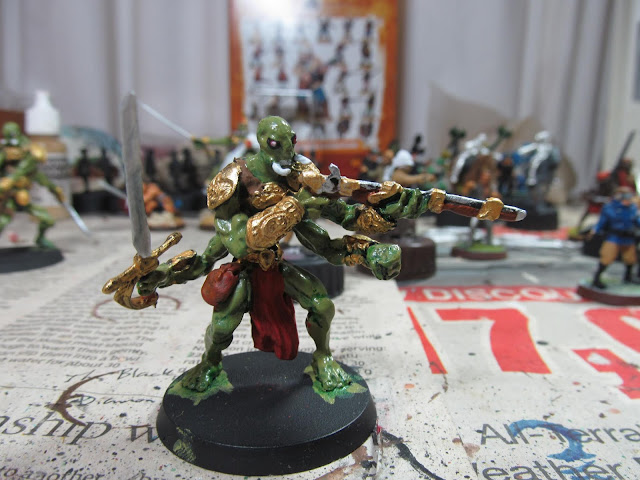 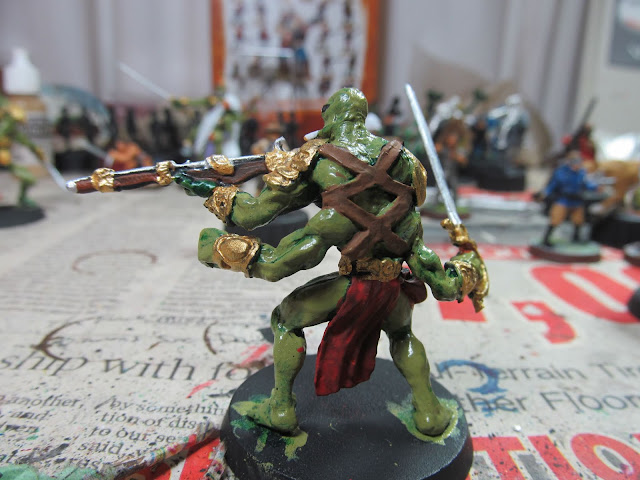 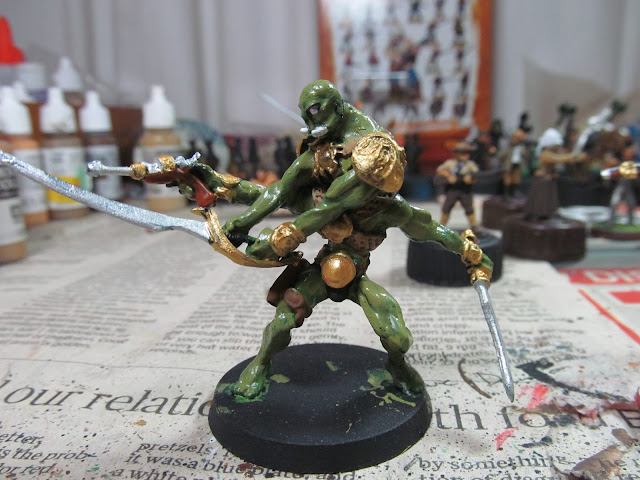 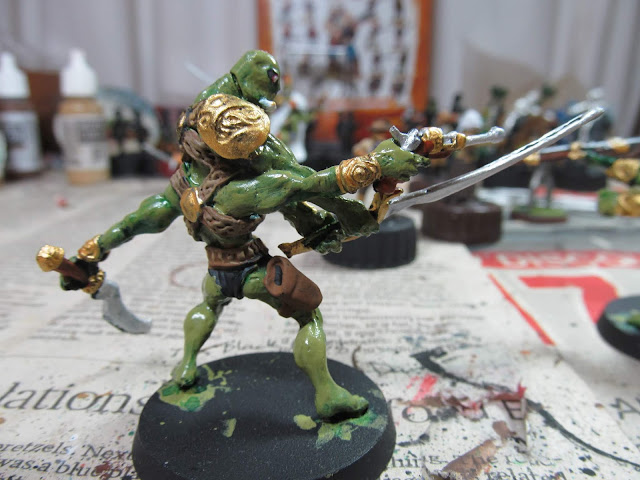