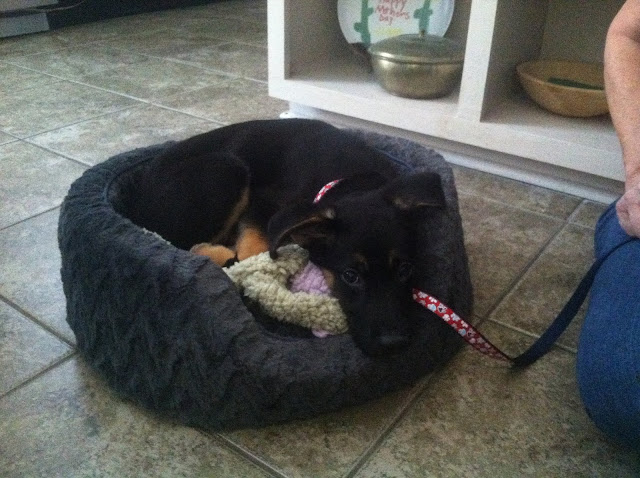 The latest addition to our family is HRH Princess Elizabeth. She is a German Shepherd and this is an earlier picture when she first came home. She is currently 4 months old. 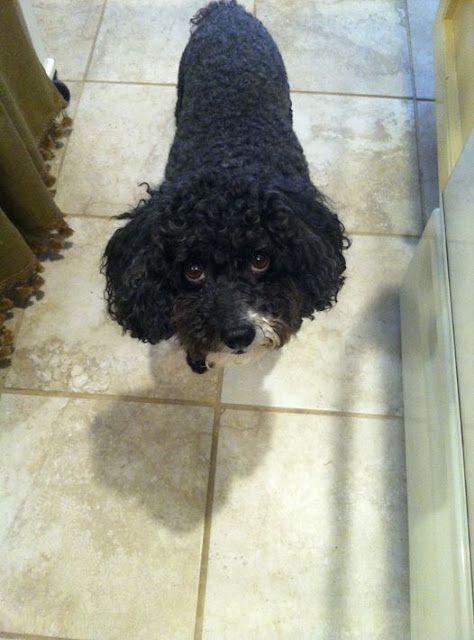 The Danger Dog has been tasked with training Princess Bonnie on what an Alpha Male is, why you shouldn't bite my tail, and other important War Poodle information. The Sheriff is putting her through basic training and her progress, in his words, is adequate. The Sheriff, as a certified War Poodle, has high standards. 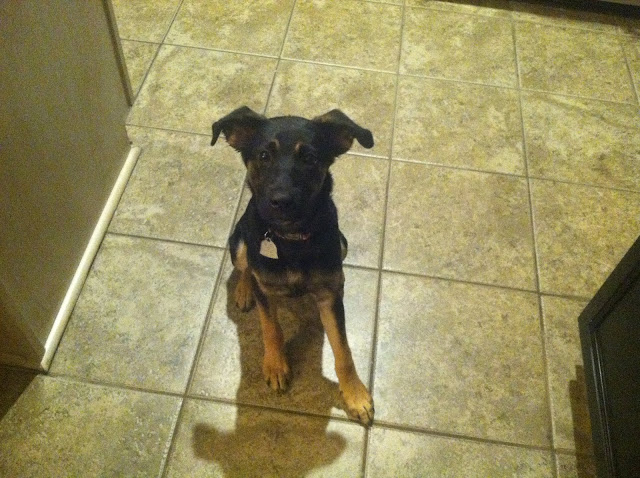 As the Colonel overseeing training, at 4 months, Princess Bonnie is making excellent progress in her training and I'm sure when she turns one year old, she will be named a Colonel of her own regiment and granted the status of War Poodle . . . as long as she stops biting Danger Dog's tail.

In the meantime, as Co-Drill Sergeant my Beautiful Bride (Chief of Staff and Minister of Finance) of 33 years has pointed out that I have only painted 3 figures since Bonnie arrived in August. Yep. Now that she is a little older, but has not graduated Basic yet, I think I'll be able to get back to a semi-schedule and finish the first of the Barsoom project. Also in the pipeline is a certain professor to join Tintin, more Sky Pirates, more problems in Africa and a culmination in the Current War of the Witches involving The Sword of Genghis Khan, ancient inter-dimensional aliens, The Witch King (BWAH HAH HAH) and everyone's favorite Evil Genuis, Fu Manchu. And did I mention Miskatonic University and the 14th Sikhs are getting into the fight?
Posted by Neil at 12:00 AM

Labels: Bwah hah hah!, Evil Geniuses who want to Conquer the World, In Her Majesty's Name, The War of the Witches, War Poodles