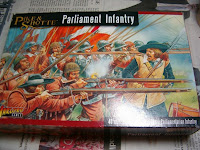 For the rank and file, I'm going to use the new hard plastic figures from Warlord Games. Whether you buy Parliament Infantry or Royalist Infantry does not matter; the only difference in the boxes are the flags that come with it. Each box contains 40 figures, bases and 4 flags - a pretty good deal!

The figures are multipart which allows a lot of "individualism" to go into a unit. Each box gives you enough parts to build 12 Pikemen, 24 Musketeers and 4 command. 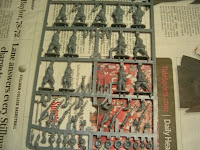 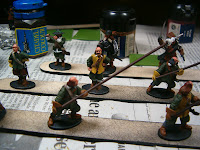 No, this is not the allied contingent from the Klingon Empire. Each figure is "bald" which allows a variety of head gear to be attached. 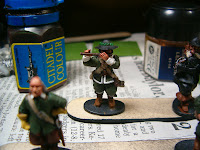 Musician with headgear now attached. Musicians would often be uniformed by the Colonel of the Regiment. 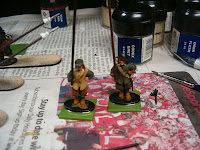 Pikes. These two will be mounted individually to allow "change" when their are casualties on the table top. 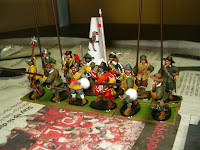 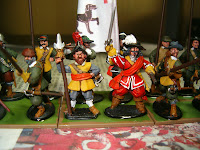 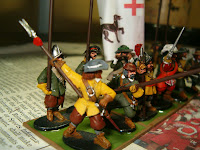 The unit is now starting to take shape. The first regiment is loosely based on Samual Jones' Regiment of Foote, a green coat unit. Regiments on both sides had a variety of uniform colors; when the New Model Army was established by Parliment, all of the units of foot had red jackets which become the standard for the British Army.