World War II: The Australians in the Desert 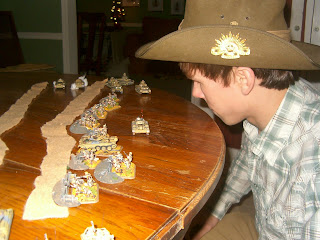 If you're the British and you have to fight the Germans in North Africa, you might as well bring the tough descendants of that penal colony you started with you. That's right mate - the Australians of the 9th Australian division. This is my son Alex's Flames of War Army: based on the 9th Australian Division and elements of the British Desert Rats. 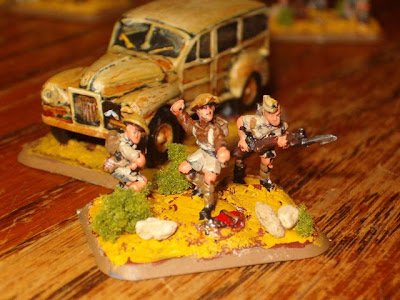 This is the fierce commander of the Austrailians, Captain Alexander "The Bruce" Reinwald (He's the one in the middle). Like most Aussies, he's so tough, he doesn't need a gun. Here he's shown throwing grenades at the Huns, or as it is more properly known as "Australian rules Baseball." 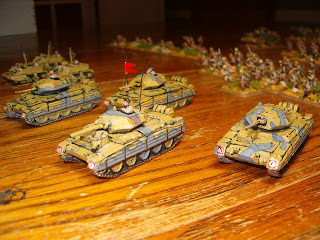 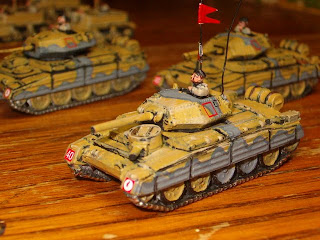 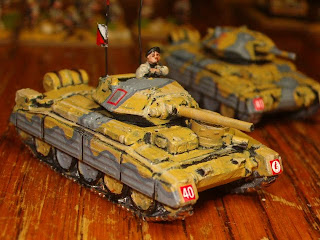 Another view of Leftenant Higgins. 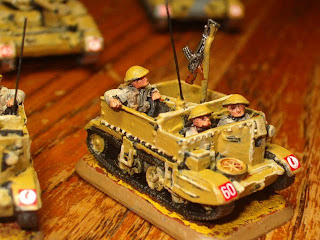 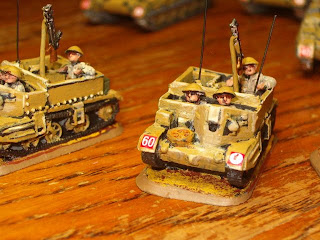 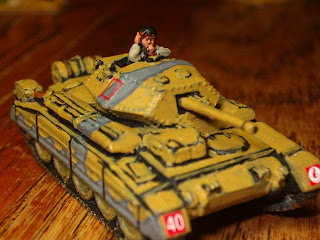 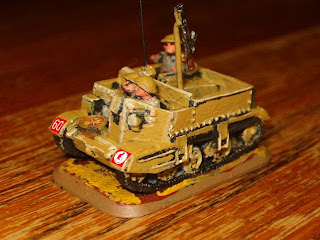 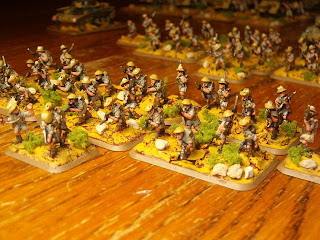 Two platoons of Aussies . . . not a pretty sight for the Afrika Korps . . . or for not any properly secured supplies in the British 8th Army. 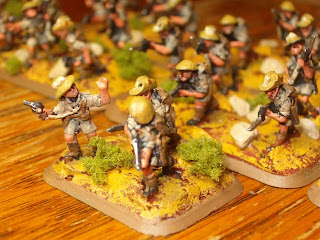 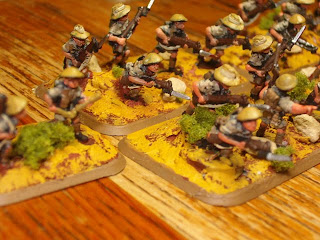 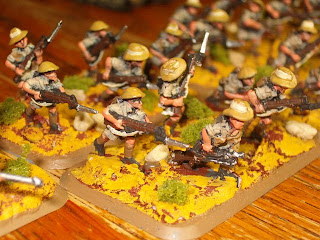 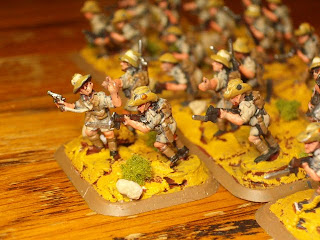 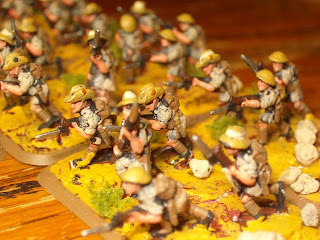 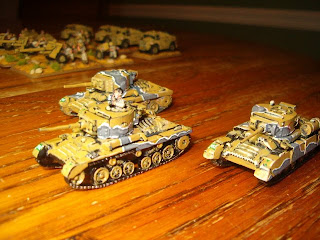 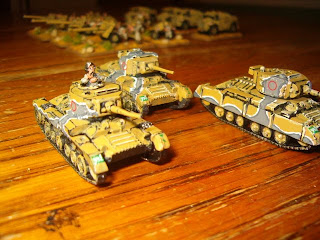 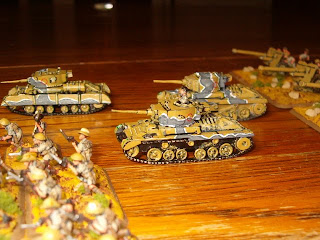 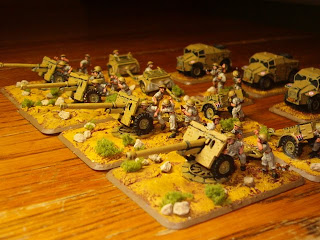 Anti-tanks of the Royal Artillery commanded by (wait for it) Captain Bruce "I'm really English" Thorpe-Gala Apple. Anti-tank guns destroyed more tanks in North Africa than any other type of weapon system. 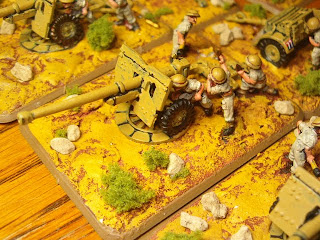 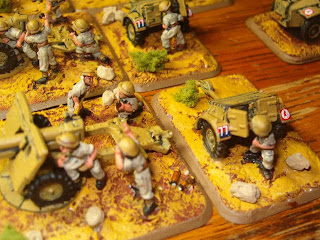 Limbers for the guns had the ammunition. Here L/Cpl Bruce McBruce gets another round of ammunition to use against the German panzers. 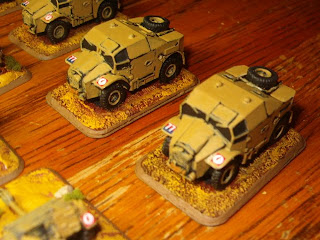 Lloyds Tractors. This is what pulled the guns and limbers. 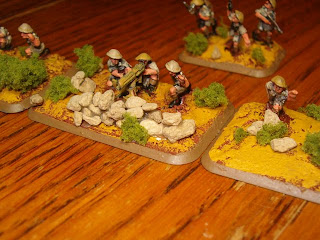 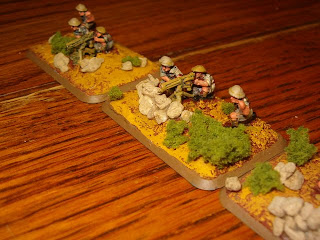