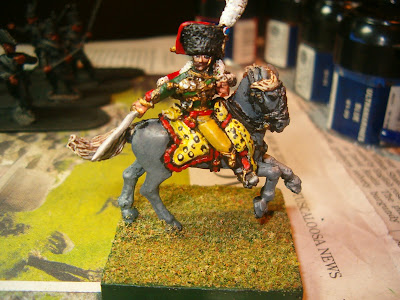 I've been on a Napoleonic painting kick lately; after all it was my first gaming period. I started Napoleonic gaming with boxes of 15mm Airfix miniatures about 38 years ago - what a great way to start a wonderful hobby!
As mentioned previously, I'm doing Napoleonic Armies for the conflict in Spain and Portugal using the ruleset Volley and Bayonet. I've been using the battle orders for Fuentes de Onoro, Talavera and Salamanca as I build my new forces in 28mm. I purchase most of my miniatures either on eBay or if I need them right away, The WarStore.com at http://www.thewarstore.com/ (you can't beat the shipping price of $5.95 for all orders in the US).

I had purchased the the Wargames Foundry command blister for the Chasseurs a Cheval of the French Imperial Guard on eBay for a great price several years ago. I was doing my research a few weeks ago, I was delighted to find out that the Chasseurs a Chevel were present at Fuentes de Onoro as part of Lepic's Brigade of Guard Cavalry. They were assigned to Marshal Bessieres' Army of the North and were with the French Army of Portugal at Fuentes de Onoro. 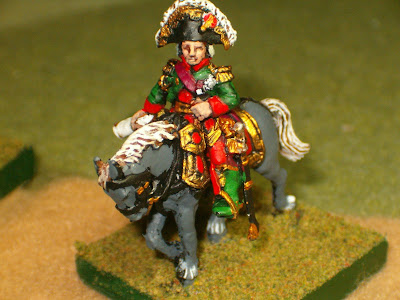 According to the State of the Army on May 1st, 1811 there were 881 sabers in the Brigade of which 235 were of Chasseurs. 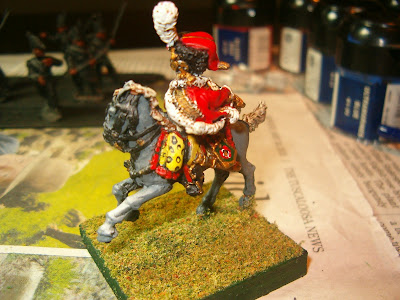 Back of the Senior Officer. He will be a Division Commander of Cavalry for the French Army. 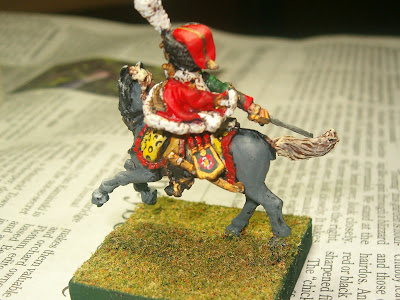 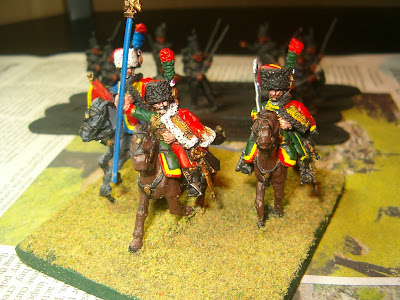 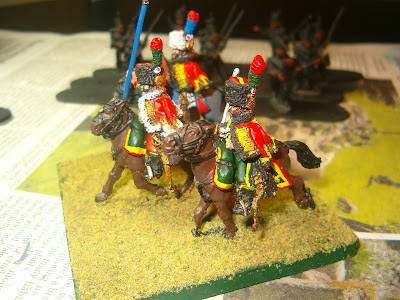 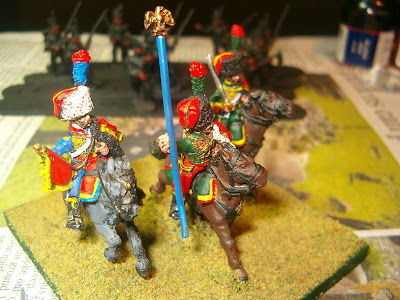