German Grenadiers for Flames of War

Finally got around to taking pictures of my Late War German Grenadier (Infantry) Company. If you are looking for a Flames of War force with a lot of offensive mobility - this is not it! In fact, you will probably be the defender in most scenarios. On the other hand, this is a tough force to dislodge and it does have the ability to counter-attack lost objectives with a small armored force. Another factor I like with this army are the variety of options you can choose to support you force. I've played 1500 and 2000 point games with different options and have found this an enjoyable force on the tabletop. I also built the force with an eye toward employing them as Panzergrenadiers in some games, so there are some "extras" with this force. 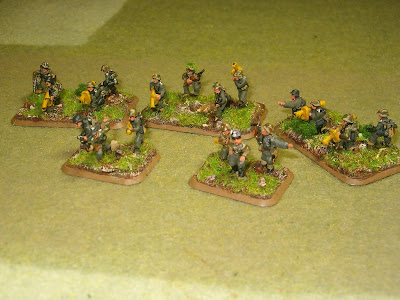 Here is the start of the force, the Company Headquarters. The company commander and XO both are modeled with the panzerfaust options. Normally, there is only one panzerschreck anti-tank team per headquarters, but some of the late war grenadier/panzergrenadier options allow up to three teams. 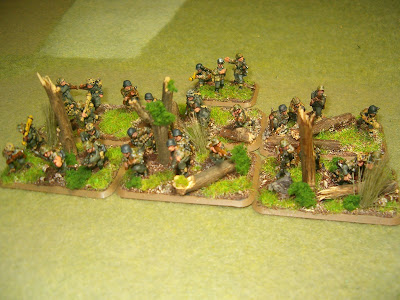 Here is the 1st Platoon. The platoon leader is modeled with panzerfaust and some of the infantry stands have panzerfausts for squad options. 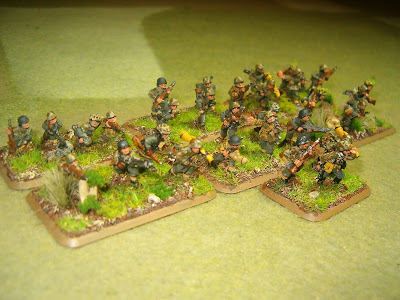 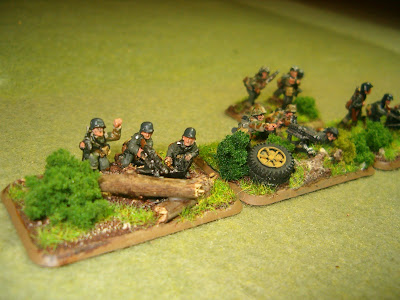 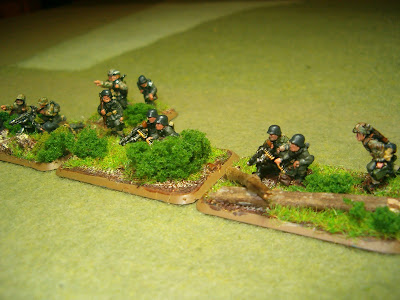 Another view of the machine guns. 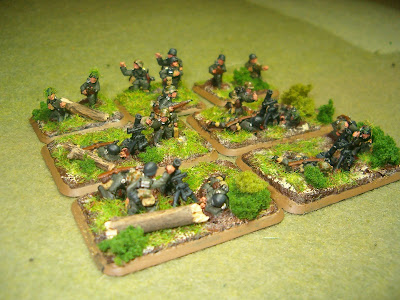 Mortar platoon with 2 sections of 8cm GW34 mortars. The platoon has a forward observer team per section. 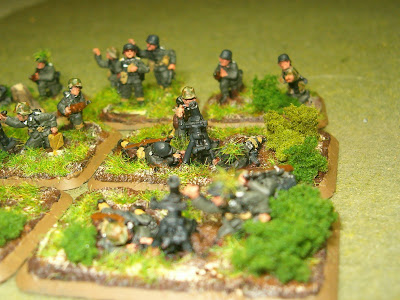 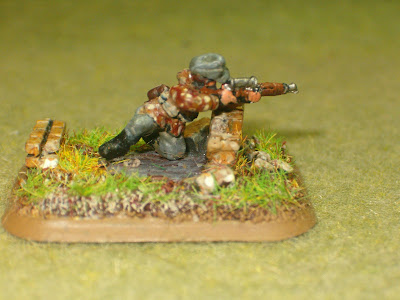 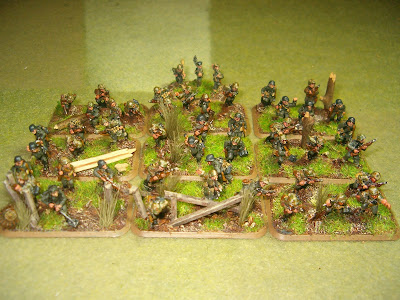 The pioneers (combat engineers). I love this platoon! Even though as rifle teams each stand only has a rate of fire of 1, it's a large platoon and has a tank assault of +4 . . . 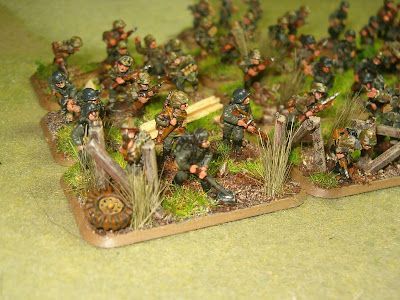 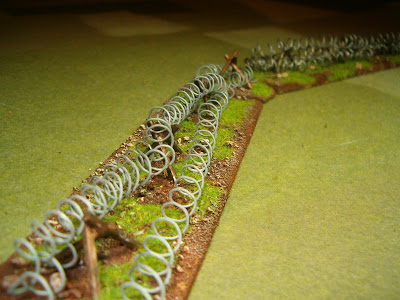 . . . plus this is one of the items they can build prior to the game starting with a pioneer wagon or truck. 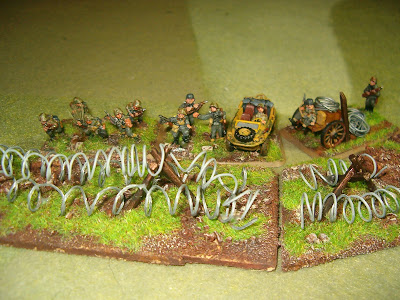 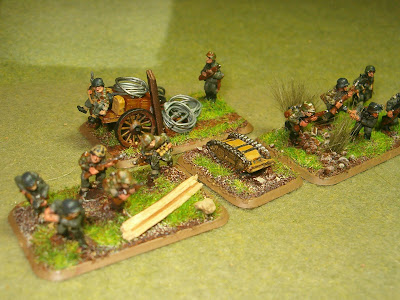 The pioneers can also use the radio controlled Goliath demolition carrier. I have discovered in games that the threat of the carrier tends to be more devastating than the actual use. I actually destroyed one Cromwell tank and caused another tank to bail out once with my Goliath - honest! 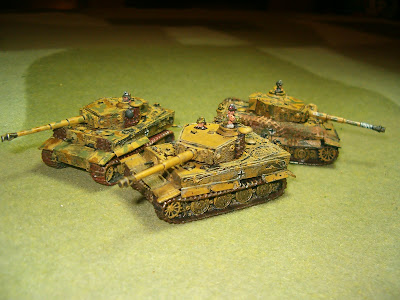 Time for the divisional support. Here is my Tiger platoon. Depending on the points and who I'm playing I'll take one to three for my platoon. I've had mixed success with my Tigers; not very good in the attack (slow speed and easily outflanked if not supported) but they do a great at long range fire support. 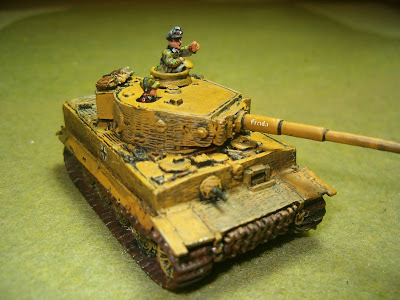 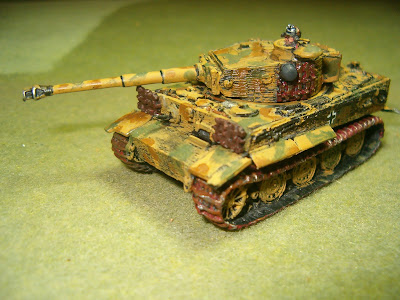 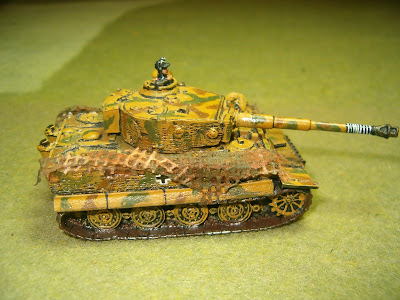 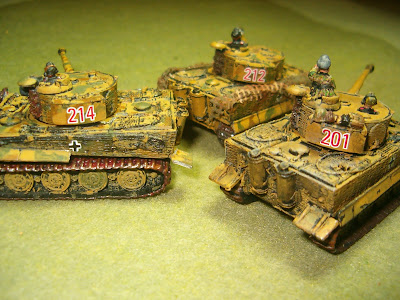 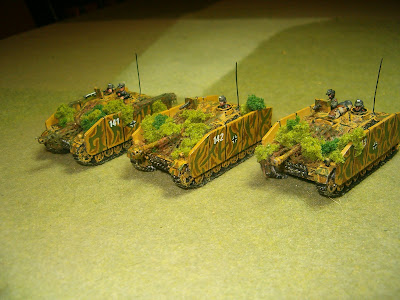 Assault gun platoon of StuG IV's. Why assault guns and not tanks? Well . . . I got them for a great price on eBay! I actually have one more to paint. 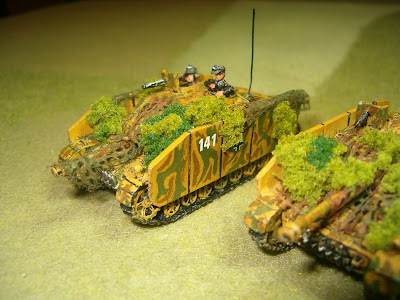 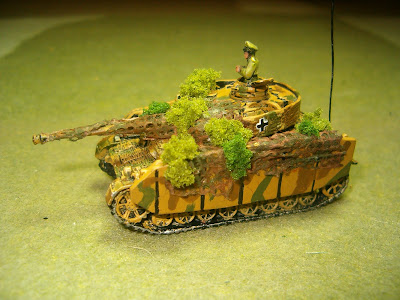 I'm slowly (and I mean slowly) working on a Panzer IV platoon of four tanks. 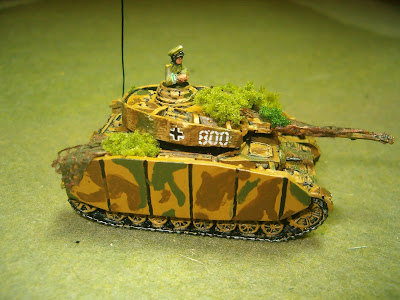 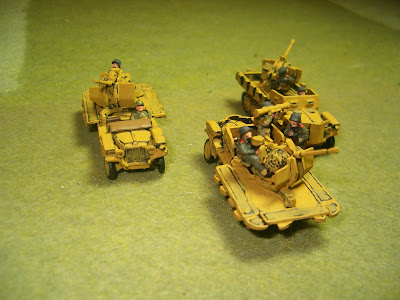 Anti-aircraft gun platoon of three Sd Kfz 10/5 (2cm). Good for use against aircraft and enemy infantry. 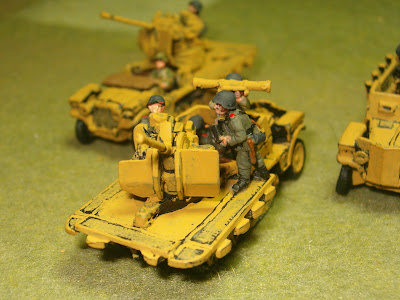 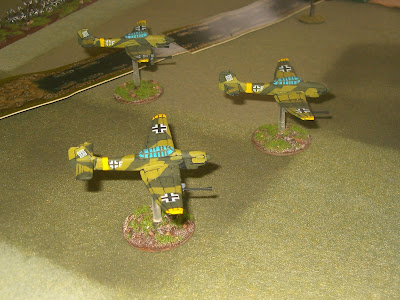 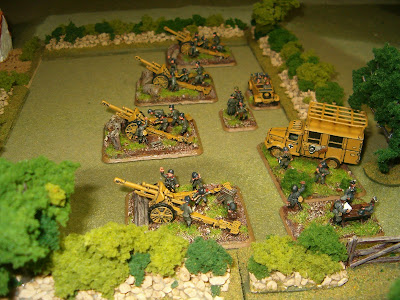 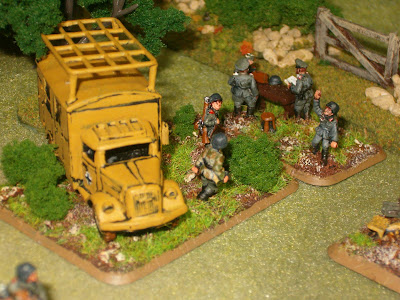 When I need an extra objective, the Kfz 68 Radio truck works out just fine. 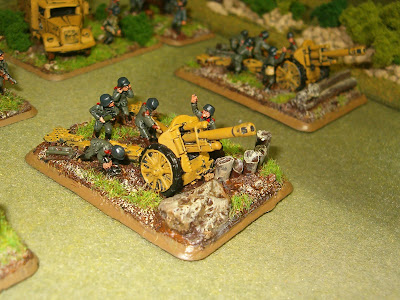 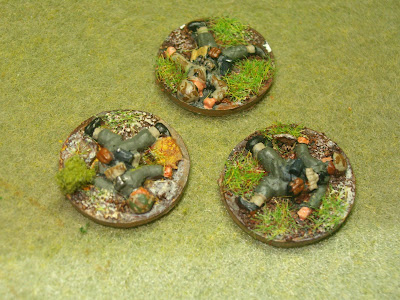 Pinmarkers.
Posted by Neil at 6:25 PM