I'm a planner.  I like to plan.  What a surprise that when I was not doing Infantry stuff in the Army I was an operational planner.

With the beginning of the new year I like to plan my painting goals for the year.  Having given it literally minutes of thought, here is the plan for 2016:

1. It's time to finally finish my last English Civil War regiment of foot. It has been on the painting table for at least 4 or 5 months.  I sure it happens to other gamers too; occasionally right in the middle of a project or unit you just get tired of working on it.  Since it is the last unit of foot I will need for awhile and I promised myself that I would not buy any horse until finished, I guess I better finish it up.  In addition there are a few brigade commanders and markers to complete using the rule set Victory Without Quarter. 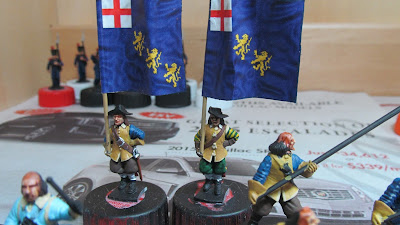 "When is he going to finish the rest of the Regiment?"

2. My latest passion is In Her Majesty's Name (IHMN). The concept reminds me of DBA; I can have a lot of variety of armies without shelling out a lot of money.  For IHMN most of the adventuring companies are between 8 and 14 figures allowing variety of forces without a huge expense. I'm thinking of doing at least the following companies:

a. Scotland Yard.  I already have the world's most famous Consulting Detective and the Good Doctor. With the invention of the Disintegration Machine, the loss of the Jewel of Chance, strange creatures appearing in the countryside and the rise of the Napoleon of Crime, Mr. Holmes is going to need some back-up. 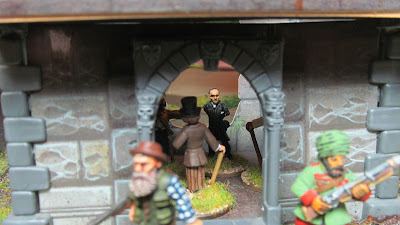 The Napoleon of Crime.

b. Imperial Chinese Army.  I have not purchase the supplement Sleeping Dragon, Rising Sun but I already have a yeti and some Chinese Bandit Chiefs from Copplestone Castings beautiful Back of Beyond range. With some improvisation, conversions and a few purchases I believe I can come up with an adventuring company that will add some unique challenges to the end of the 19th Century. 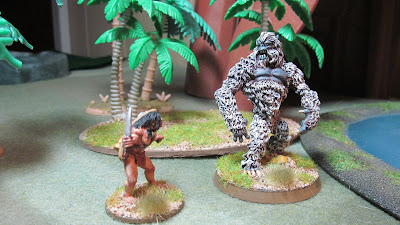 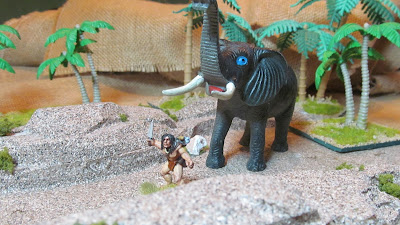 Tantor will be joining Tarzan on the tabletop.

d. Sikh Rifle Company.  I made the mistake of looking at the Copplestone Casting webpage and seeing the Sikh's that they have to including the Maxim machine gun.  I wonder how the Witch King of Sokur will react to 550 rounds per minute of .303 British cartridges?

e. Various characters. I'm sure various characters will also show up as guest stars from time to time.  You know the usual famous authors, renegade Indian princes and secret organizations that are trying to take over the world.  Nothing that Teddy Roosevelt can't handle. 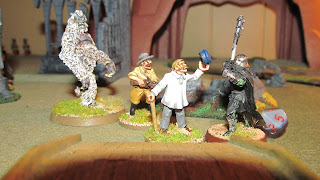 Teddy and Professor Nightingale say, "Bring it on!"