Markers for Victory Without Quarter

Victory Without Quarter by Clarence Henderson is my go to game for the English Civil War. Victory Without Quarter is a card based game and units get to act when their card come up and leaders get to be heroic when their card is revealed - or your leaders can be obstinate and out of control due to random events!  One of the strengths of the game is the use of makers to keep track of the conditions of you unit; whether they have casualties, need to reload for the next mass volley or have special conditions applied.  No paper work and the figures look great aesthetically. 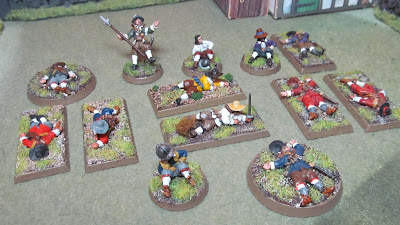 Casualty makers for English units of both sides.  Figures from Warlord Games.

Casualty markers are placed next to a unit whenever it takes a hit and records deteriorating combat effectiveness. When a unit has a total of hits that equal the number of stands then the unit is removed from the game. 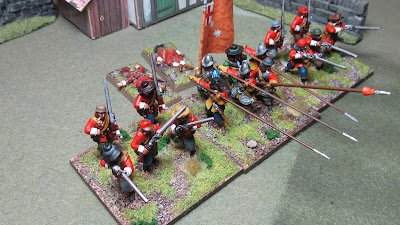 The Earl of Essex's Regiment can take one more hit before it is removed from play. 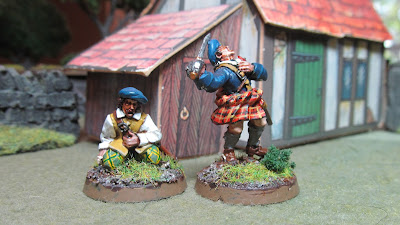 A couple of casualty marker for my Highland units.  Figures by Warlord Games. 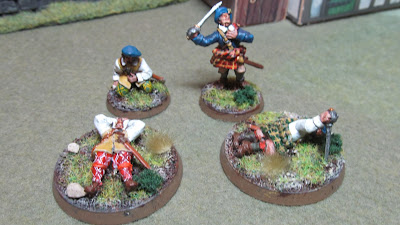 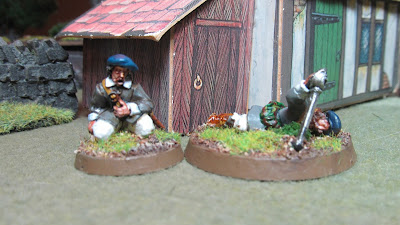 Infantry units in Victory Without Quarter receive a bonus for firing if they have a prepared volley.  Once they fire a unit is given a reload marker and it is not removed until a Reload card is played or the unit is issued "Hold" orders and is outside of musket range. 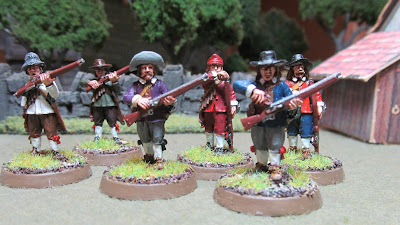 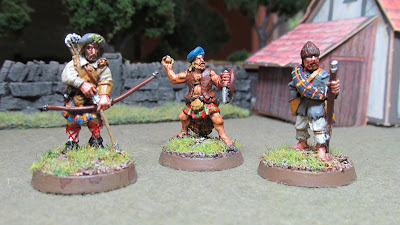 Reload markers for Highland clan units and Irish Brigade marker on the right.

One of the game mechanics I love in Victory Without Quarter are the random Events that can happen through the draw of a card - anything from a sudden downpour that dampens the powder to an officer deciding to switch sides . . . and sometimes bringing his unit with him!  For special events that add plus or minus die rolls I use some specialty figures. 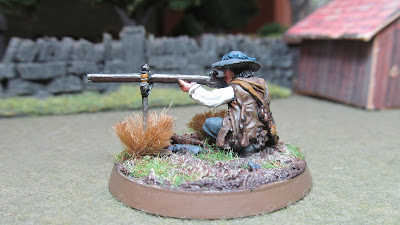 If a Regiment has sharpshooters, I use this figure to remind me to add +1 to hit. 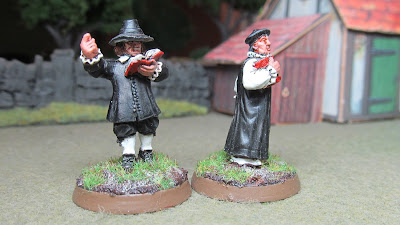 For God and King/Parliment!  A fire and brimstone sermon can increase the men's morale for +1 for the rest of the game. Figures from Warlord Games. 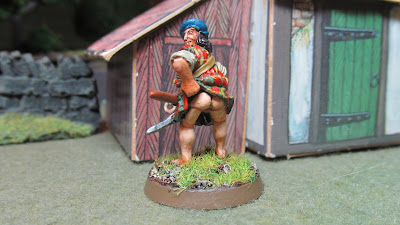 Alternately this can be used for Scots units for +1 morale or for English units that decide they can no longer win and might lose a turn! Taunting Highlander from Warlord Games.
Posted by Neil at June 08, 2016