The Grand Muster: Parliamentary Command for Victory Without Quarter 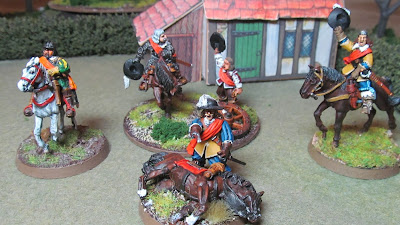 Parliamentary Group shot of command stands for Victory With out Quarter.

Though not as numerous right now as their Royalist brethren, the forces for Parliament have enough command to carry them to victory; especially since my Montrose figure has no officer sash enabling him to fill in as needed. 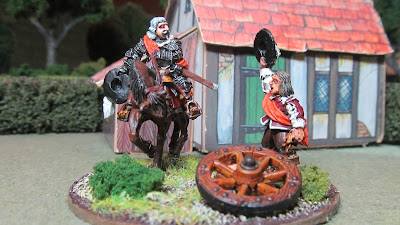 The Earl of Essex army command stand.  Essex is from Warlord Games and dismounted officer from Wargames Foundry. 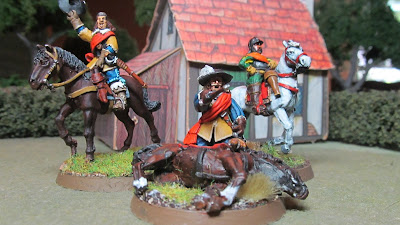 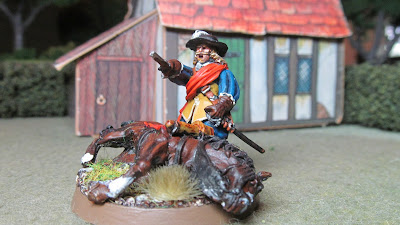 Brigade commander.  The vignette came about when I accidentally broke one of the legs on Charles I's horse when I was preparing it for painting.  With some filing it became a dead horse for the officer to make his stand behind. 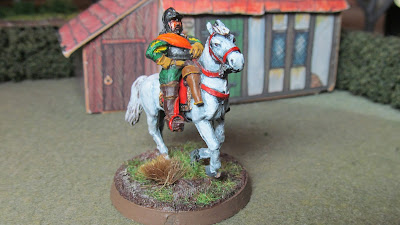 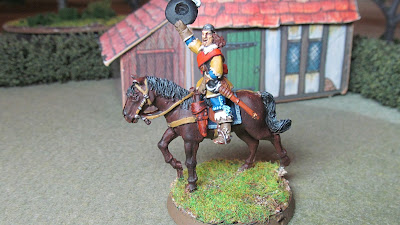 Last but not least is the Warlord Games version of Oliver Cromwell with metal skull cap.
Posted by Neil at 12:00 AM